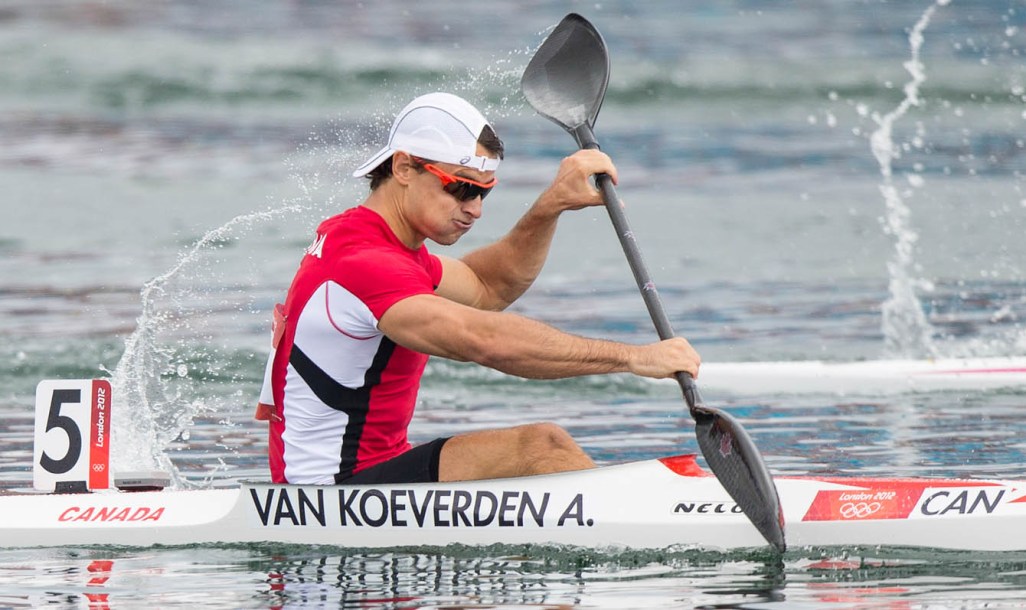 After carrying the flag in the Closing Ceremony in Athens, he was honoured to be the Opening Ceremony flag bearer at Beijing 2008 where he captured silver in the K-1 500m. He added another silver at London 2012 in the K-1 1000m, an event in which he had won the world title in dominant fashion in 2011. That was his second world title, having won the K-1 500m in 2007, and part of his collection of eight world championship medals.

In 2015 van Koeverden competed at his first Pan Am Games, winning K-1 1000m bronze on home water in Toronto. In his fourth Olympic Games at Rio 2016, van Koeverden finished first in the B final, placing ninth overall in the K-1 1000m, but posted a faster time than the silver medallist from the A final. After retiring from competitive canoeing, van Koeverden was elected as the Member of Parliament for Milton in 2019.

A little more about Adam

Getting into the Sport: His mother signed him up at the Burloak Canoe Club when he was 13 after seeing an ad for “Future Champions Wanted”… Outside Interests: Graduated as valedictorian from McMaster University in 2007 with an Honours Bachelor of Science in Kinesiology… Elected to the COC Athletes’ Commission in 2008 and went on to serve as Chair… Odds and Ends: Supported Right to Play, the David Suzuki Foundation, Parkinson’s Canada and Special Olympics… Favourite quotes: “To give anything less than your best is to sacrifice the gift” (Steve Prefontaine) and “I urge you to please notice when you are happy, and exclaim or murmur or think at some point, ‘if this isn’t nice, I don’t know what is.” (Kurt Vonnegut)… Nickname: VANK…