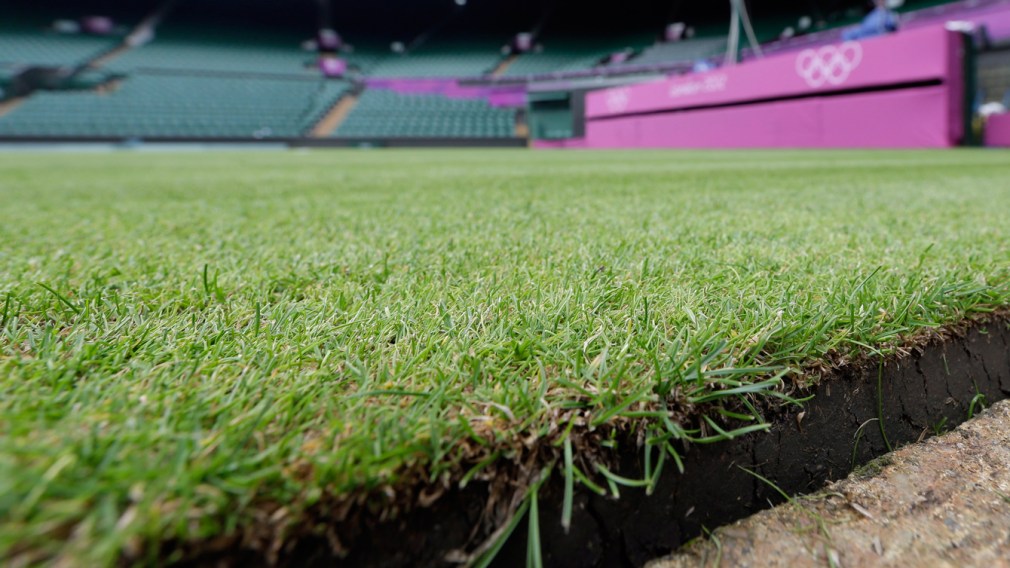 On a typical year, Wimbledon’s Centre Court and No. 1 Court are closed immediately following the annual tournament. The courts are dug up, re-levelled, reseeded and prepared for next year. But, with London hosting the Olympic Games, 2012 was not a typical year. 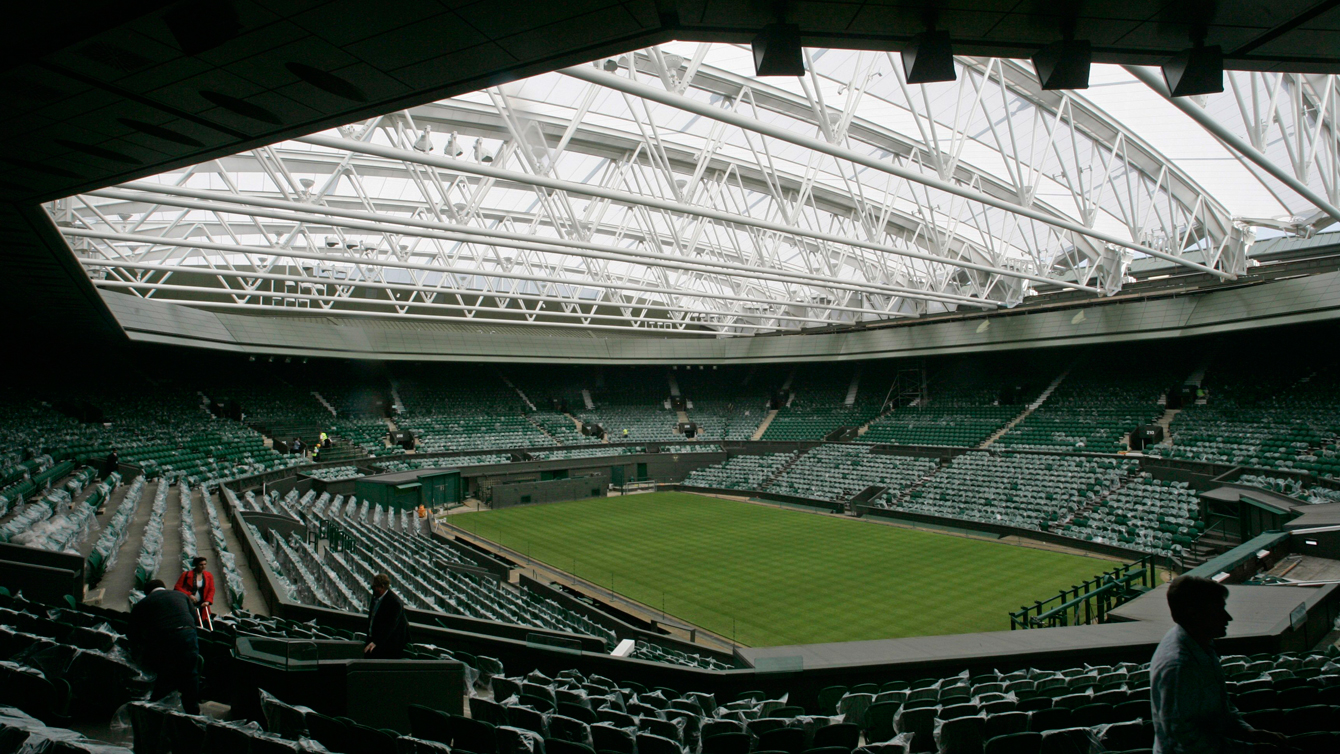 “We basically had 20 days to get the grass back on the base lines and the courts looking brand new,” said Cantin, the deputy head groundsman at the All England Club. “When Roger Federer came back in 20 days, he just could not believe that Centre Court looked brand new again.”

Cantin credits the quick turnaround to pre-germinating the seeds, which allowed the new grass to sprout much faster. The weather was also on his grounds crew’s side. 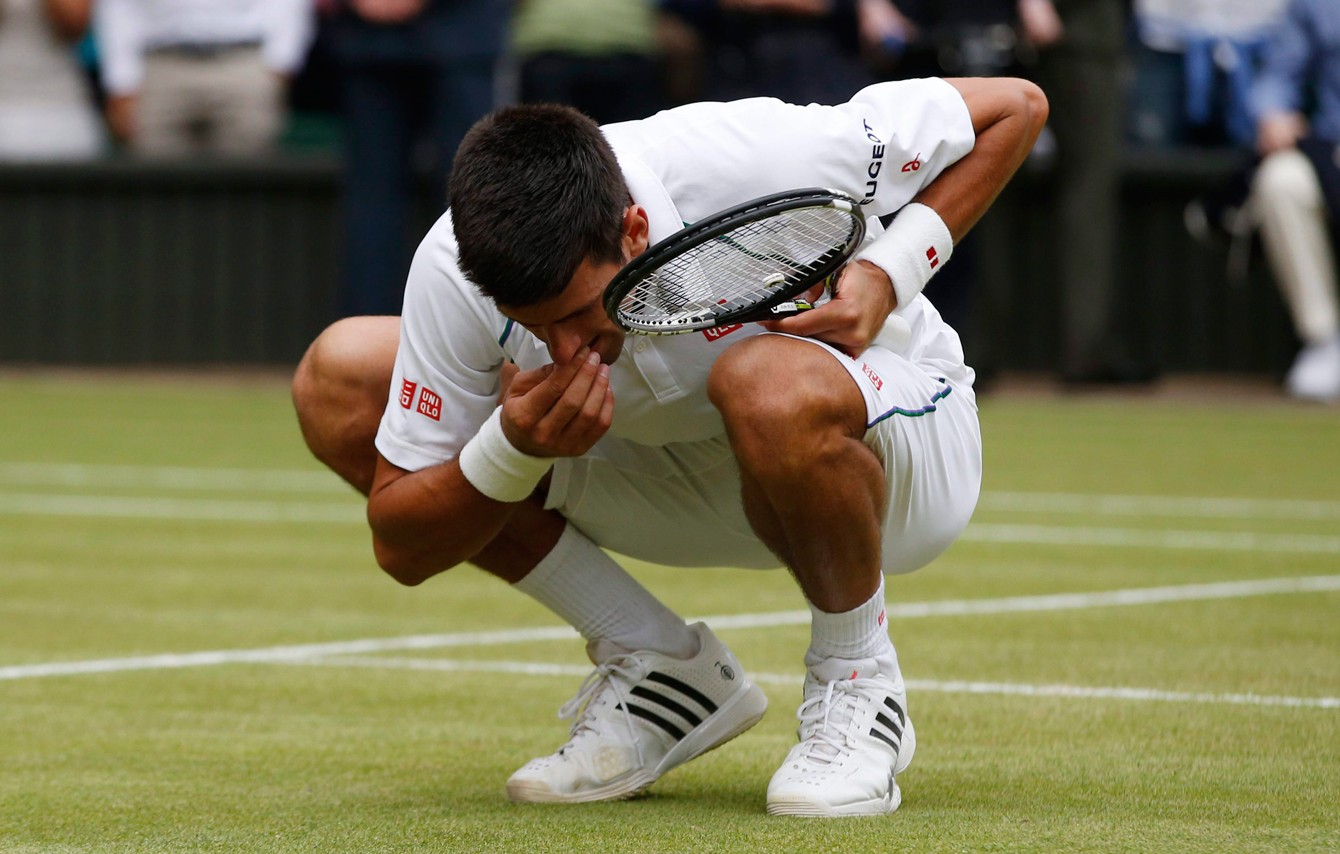 Grass good enough to eat? Novak Djokovic tastes the grass – and victory – at Centre Court after winning the men’s title against Roger Federer on July 12, 2015.

“My biggest job is the weather. Everyday is different. Even a difference of five degrees will completely change what we’re doing and how we treat the courts.”

A native of Stony Plain, Alberta, Cantin will be working his 15th championship at Wimbledon this year. He joined the grounds crew as a summer staff member in 2002 and was offered a full time gig in 2003.

“I absolutely loved the place from day one,” he said. “I just couldn’t believe what an amazing venue it was.”

Grant Cantin (on the right in the tweet below) is a favourite of regulars to Wimbledon who marvel at the care, process and majesty of The Championships.

Greatness to catch up with #Wimbledon Deputy Head Groundsman, Grant Cantin, on Centre Court during the Championships pic.twitter.com/277TxthgWz

Cantin, who performs the day-to-day running of the courts, will soon take over the title of head groundsman from Neil Stubley, who will become grounds manager. “Things have turned out really well,” said Cantin, who admits he was not a big tennis follower until starting at the All England Club.

The Albertan first gained interest in the industry by working at a golf course. He graduated from Olds College at his home province in 2000, which offers a program in turfgrass management, and then moved to Australia with some friends to work at a golf course – which is where he learned of the Wimbledon opportunity. 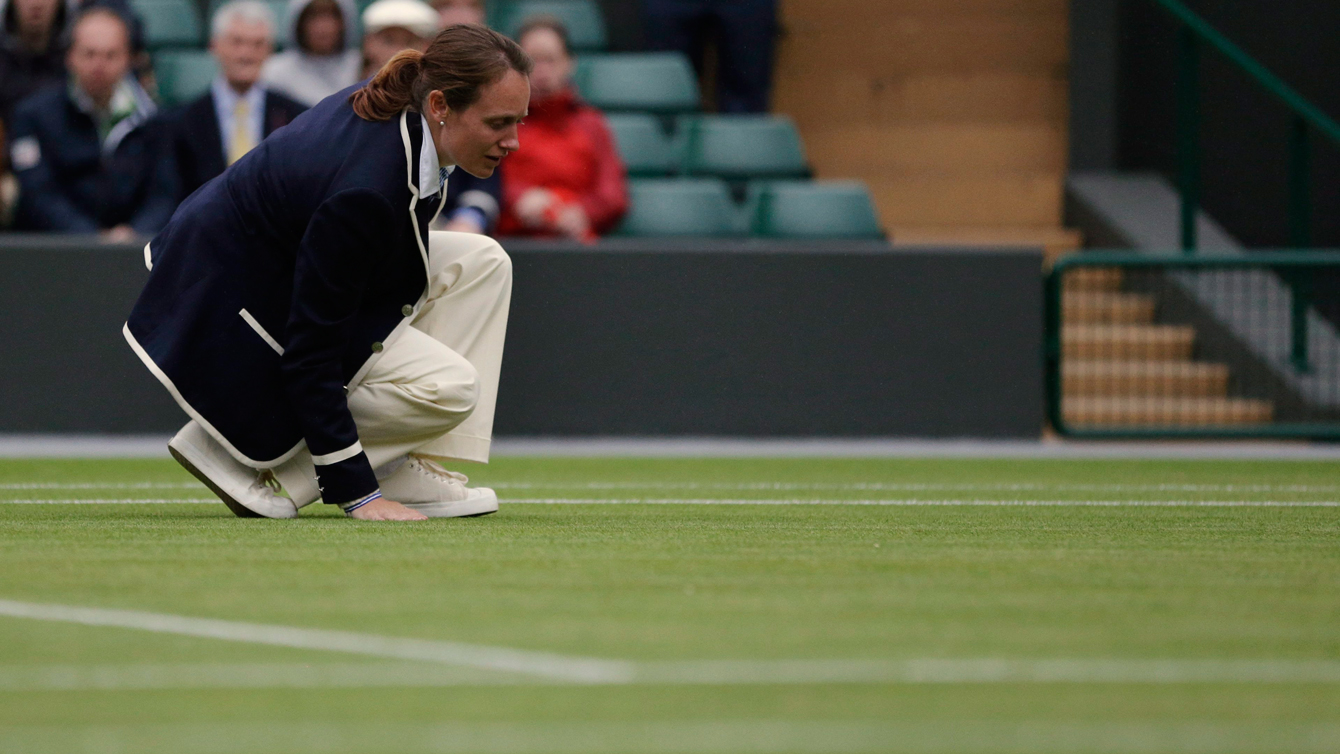 An official feels the grass as Agnieszka Radwanska of Poland and Maria Kirilenko of Russia play a quarterfinals match at the All England Lawn Tennis Championships at Wimbledon, England, Tuesday, July 3, 2012. (AP Photo/Kirsty Wigglesworth)

“The main difference would be the actual surface,” said Cantin. “The golf greens are basically sand. We have almost a quarter percentage of clay content in our soil. Our courts need to be rock hard so you can actually bounce the ball and play tennis on it.

“Growing grass, keeping things looking as best you can and the whole aesthetic side of things, that’s very similar. You want to be presenting your best surface no matter what.”

The goal for Cantin and his crew in consistency. Whether a player is on a practice court or Centre Court, the grounds crew wants the bounce to be the same. It’s no easy task with the 41 grass courts on the 45-acre site featuring different surroundings (Centre Court, for example, is warmer because of the concrete grandstands).

Wimbledon Groundsman has its own Twitter account with over 11,000 followers, proving people truly do enjoy watching grass grow.

Cantin has been able to witness some strong Canadian showings at Wimbledon in recent years. In 2014, Milos Raonic reached the men’s semifinal while Eugenie Bouchard reached the women’s final.

“I think he’s going to have a breakthrough year,” Cantin said about Raonic. “He’s certainly near the top so he just needs to get a few of those little injuries out of the way. He’s one of the guys I speak to all the time.

“It’s certainly looking good for Canadian tennis. Hopefully we get a few more through the ranks. It would be great to see a Canadian win Wimbledon someday.”

Wimbledon’s gorgeous grass has a Canadian touch
What is the difference between racquetball and squash?
Shuttlecock and balls: The fastest moving objects in sport
Ana Padurariu: Facing the never-ending challenges of 2020
Pan Ams to Olympics: Toronto 2015 a boost to many Team Canada athletes
Team Canada Athletes Out of Isolation, Back to Training