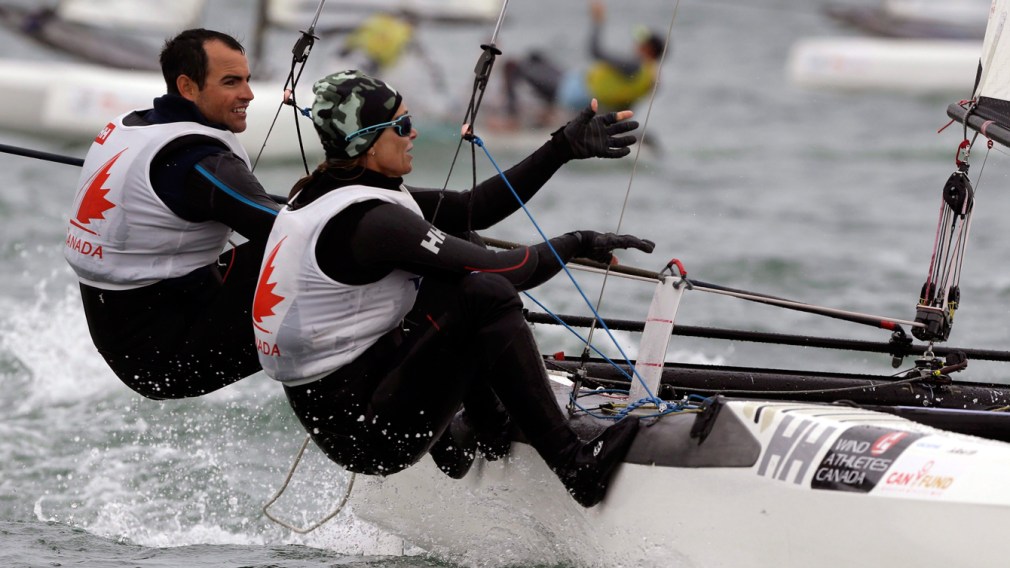 Three-time Olympian Nikola Girke was one of nine athletes nominated to Team Canada’s sailing team for Rio 2016, which was announced on Monday.

Girke, who has competed for Canada in the past three Olympics, will be looking for her first podium finish. The 38-year-old finished 10th in the women’s windsurfer (RS:X) competition at London 2012, which was an improvement from her 17th-place finish at Beijing 2008. 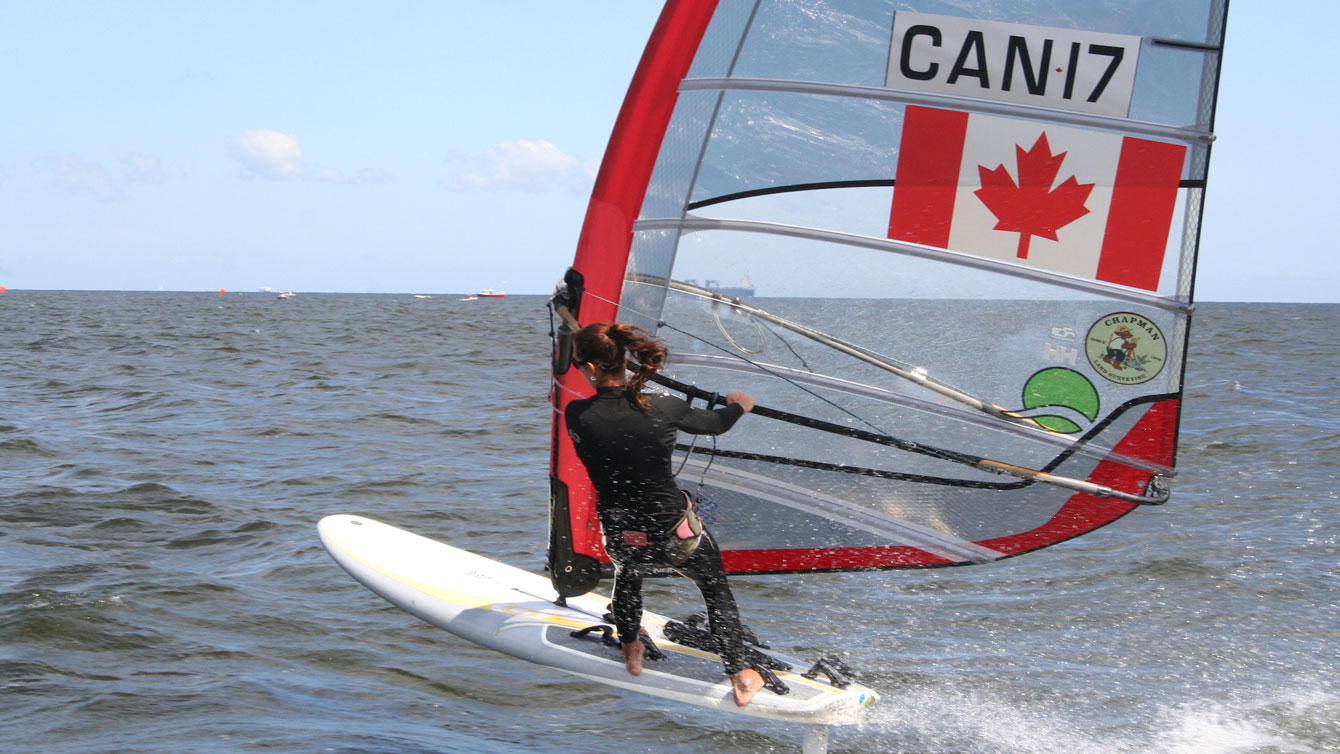 Ramsay made his Olympic debut at London 2012, where he finished 25th in the men’s two-person dinghy (470). The 28-year-old had a strong showing at the 2015 Pan Am Games by winning silver in the Sunfish competition.

Brothers Graeme and Jacob Saunders will compete in the men’s 470 event. The two secured an Olympic berth with a seventh place finish at the Miami World Cup in January. The Chester, Nova Scotia natives went on to match their best-ever world championship result with a second straight 32nd place finish. 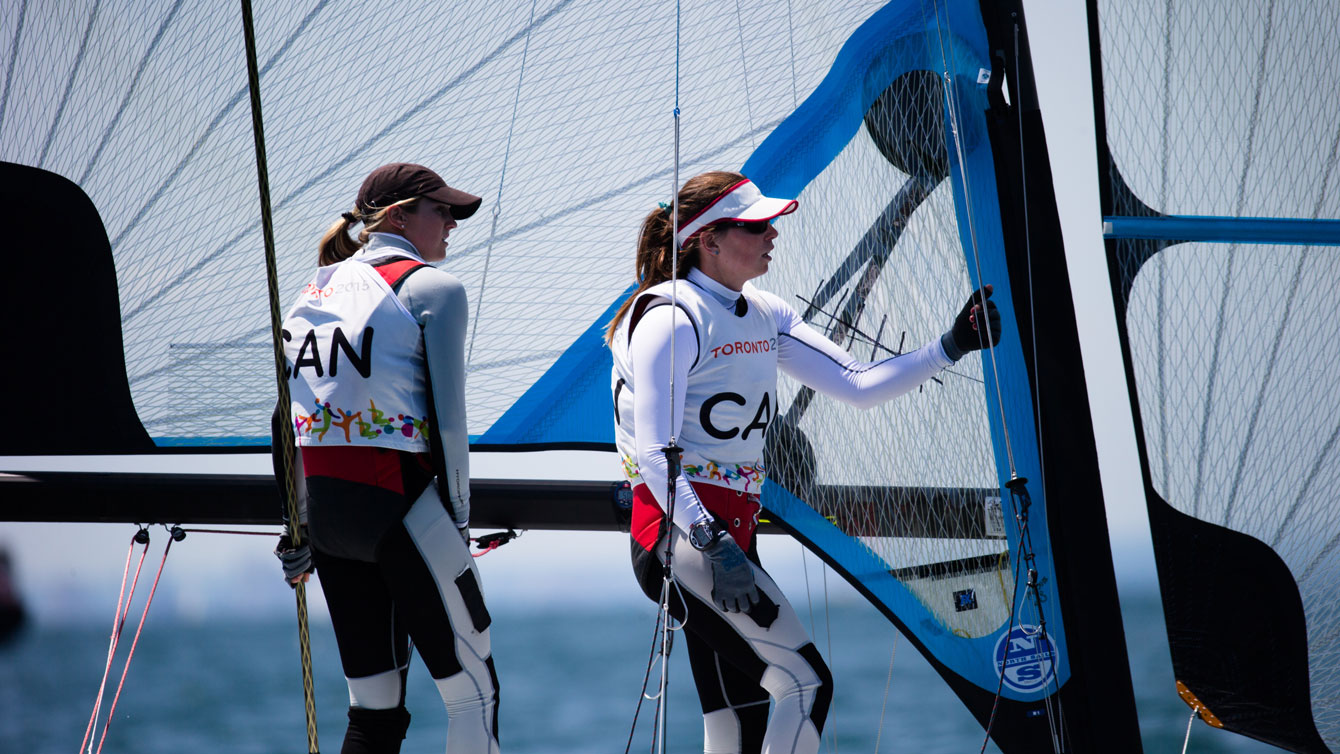 Erin Rafuse (left) and Danielle Boyd (right) compete at the 2015 Pan Am Games in Toronto.

Tom Ramshaw and Lee Parkhill will be the other men representing Canada at Rio 2016. Ramshaw, who finished eighth at the Finn Gold Cup in May, will compete in the men’s Finn while Parkhill, a bronze medallist at the 2015 Pan Am Games, will take part in the men’s laser.

On the women’s side, Danielle Boyd and Erin Rafuse will team up to take part in the women’s 49er FX. The dup finished sixth at the Pan Am Games and qualified for Rio with a 17th-place finish at the world championships last year. Meanwhile, Brenda Bowskill who posted a career best 10th-place finish at the world championships in April, will compete in the laser radial event.

Rio 2016’s sailing courses will be in the waters of Guanabara Bay from August 8-18.

Nine Canadians set to sail at Rio 2016
Team Canada and Hudson’s Bay unveil Tokyo 2020 uniform kit
Wearing the maple leaf: Team Canada through the decades
What is the difference between racquetball and squash?
Shuttlecock and balls: The fastest moving objects in sport
Brandon McBride: Keeping His Head on a Swivel