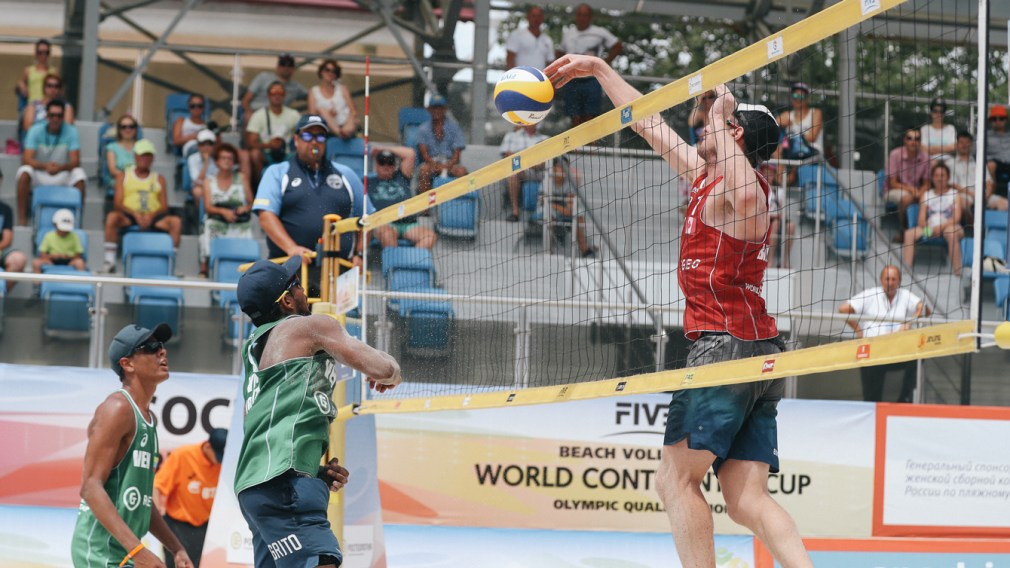 It was a busy and historic weekend for Canada’s athletes. From the grass courts of Wimbledon to the beach sand of Sochi, Canadian athletes were in action. 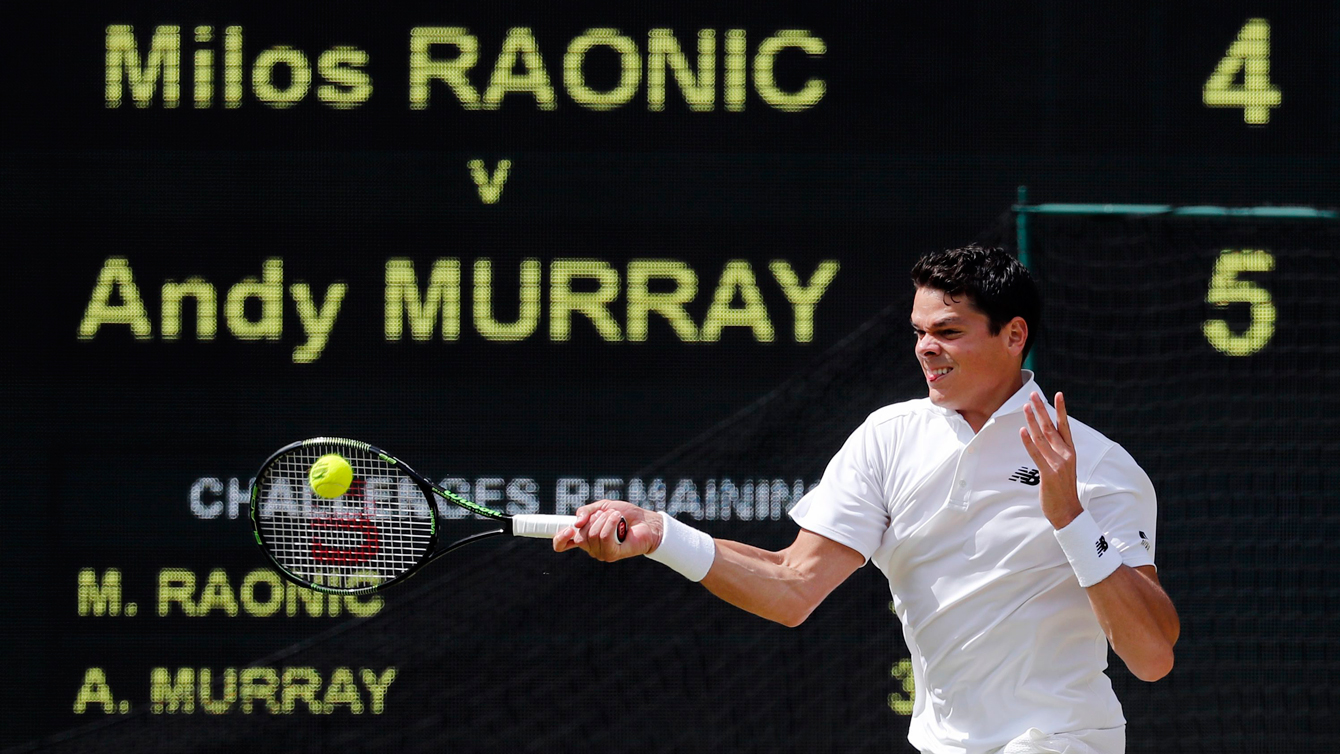 Milos Raonic of Canada hits a return to Andy Murray of Britain during the men’s singles final on the fourteenth day of the Wimbledon Tennis Championships in London, Sunday, July 10, 2016. (AP Photo/Ben Curtis)

Milos Raonic’s historic run at Wimbledon ended with a 6-4, 7-6 (3), 7-6 (2) loss in Sunday’s final to Andy Murray. Despite the loss, Raonic still made history, becoming the first Canadian male to reach a Grand Slam singles final in the Open era. The 25-year-old remains seventh in the ATP rankings but is just five points back of sixth ranked Kei Nishikori. 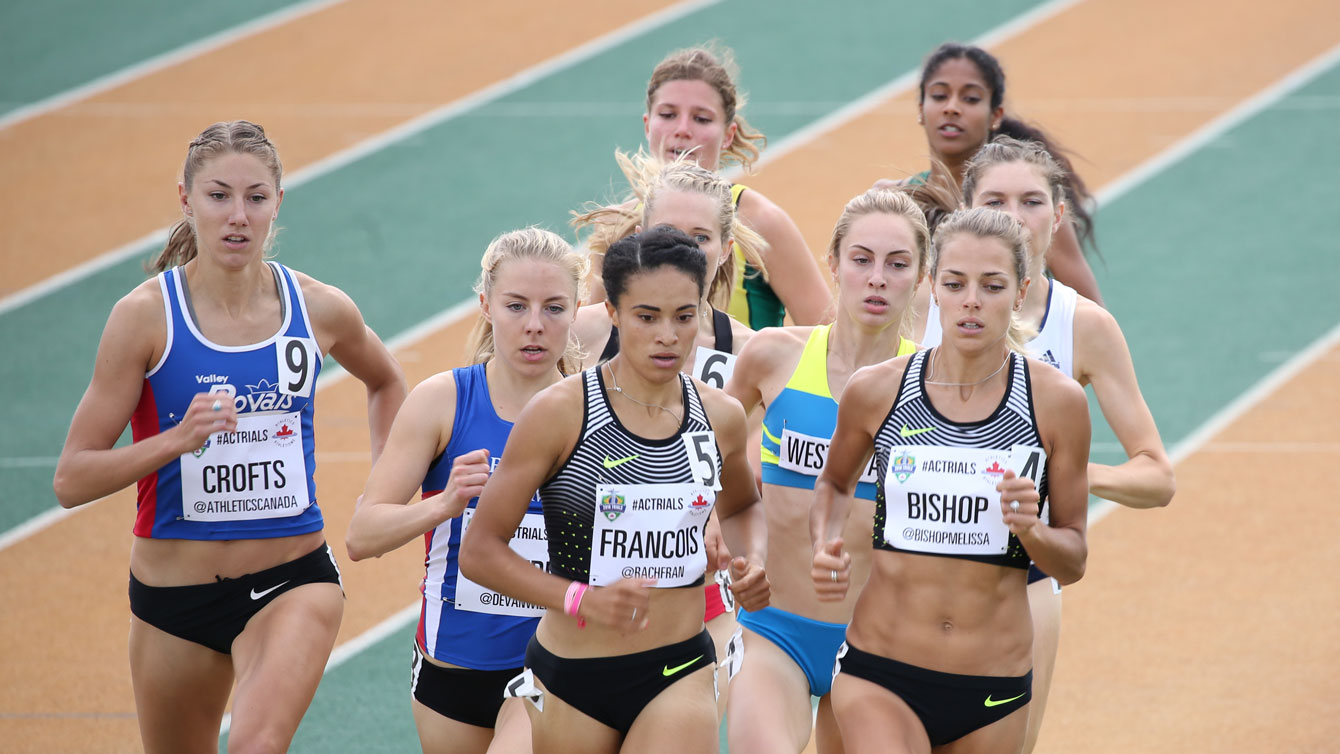 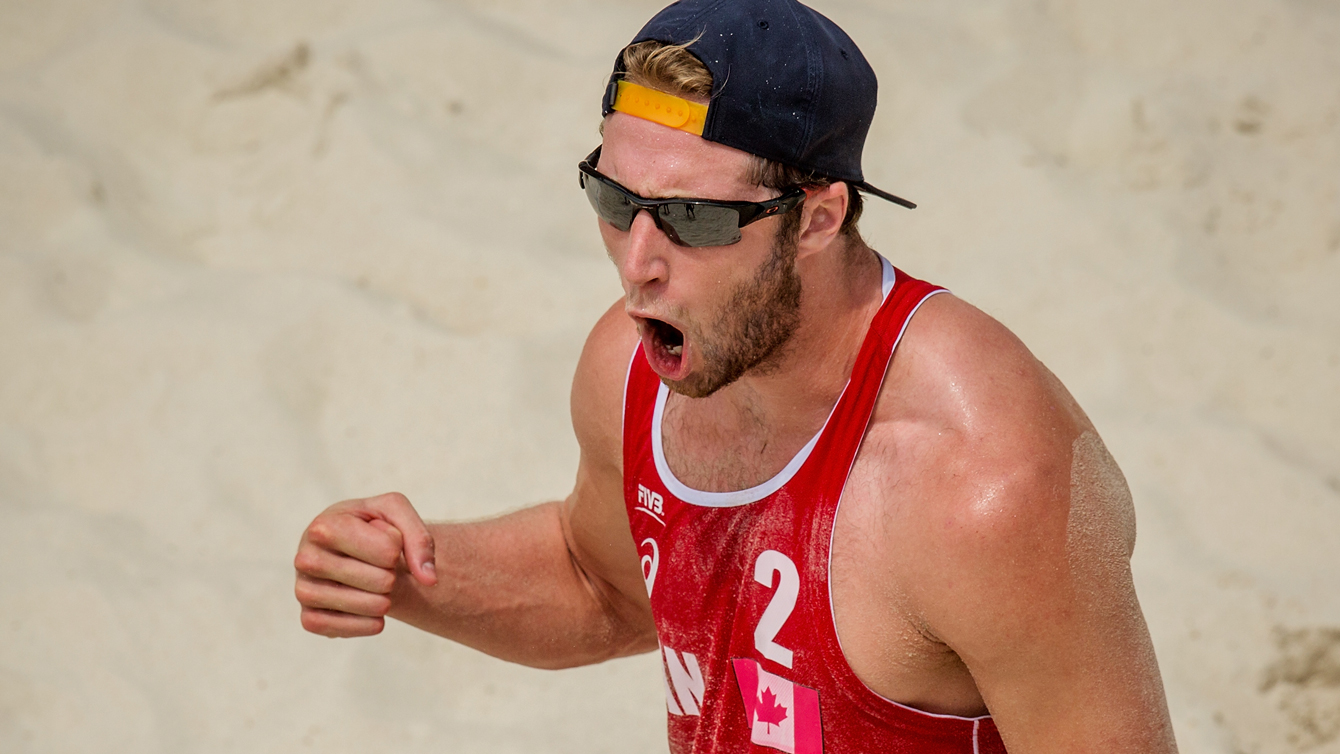 Sam Schachter of Canada celebrates a point at the Olympic qualification tournament in Sochi. (Photo: FIVB)

There will be a one match playoff next weekend in North Bay to determine who gets Canada’s second men’s beach volleyball spot. The teams of Josh Binstock/Sam Schachter and Grant O’Gorman/Sam Pedlow defeated Venezuela in the semifinals of FIVB World Continental Cup Olympic Qualification tournament this past weekend, earning Canada another beach volleyball spot. The winner of the July 16 match will join the team of Ben Saxton and Chaim Schalk in Rio. 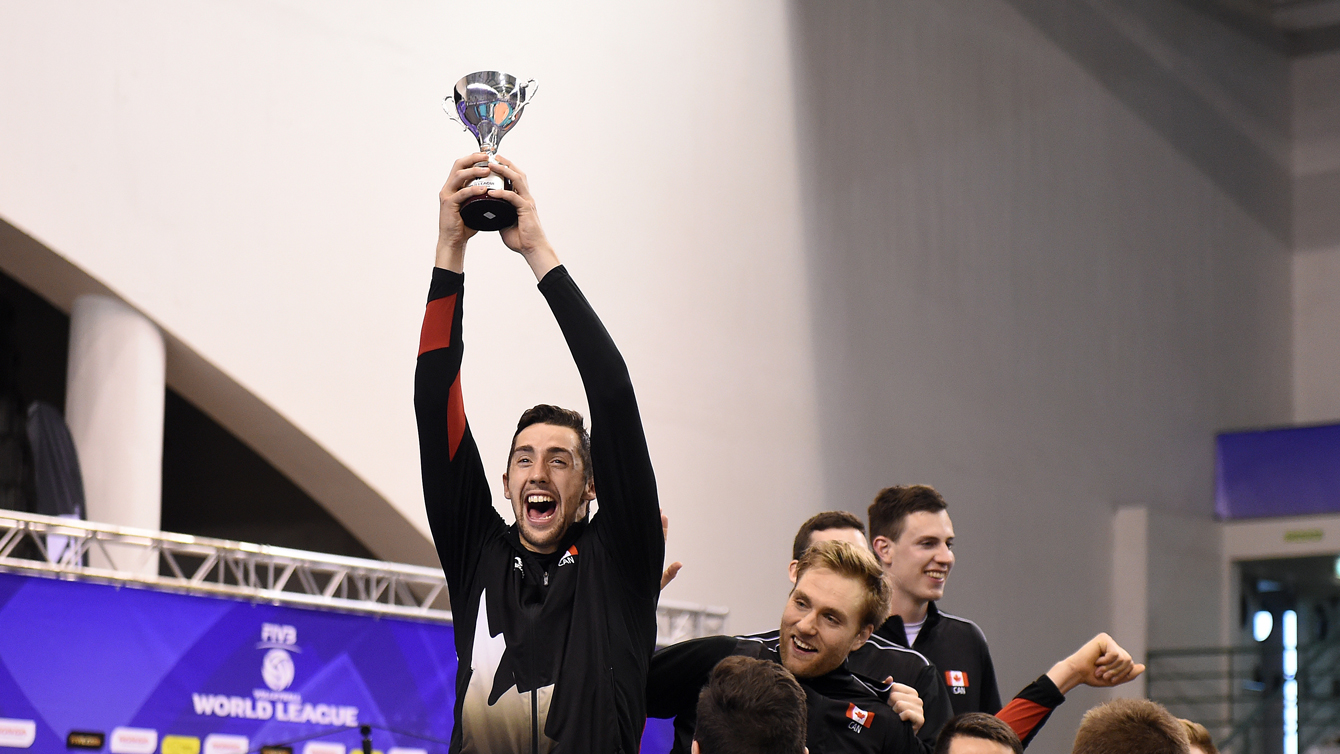 Canada’s men’s volleyball team wrapped up a very successful FIVB World League season on Sunday, defeating Portugal in straight sets (25-19, 25-22, 25-15) to secure the Group 2 title. Canada, who had just one loss in World League action this year, was led by Gord Perrin with 19 points. The win earned Canada a promotion into Group 1 next season. 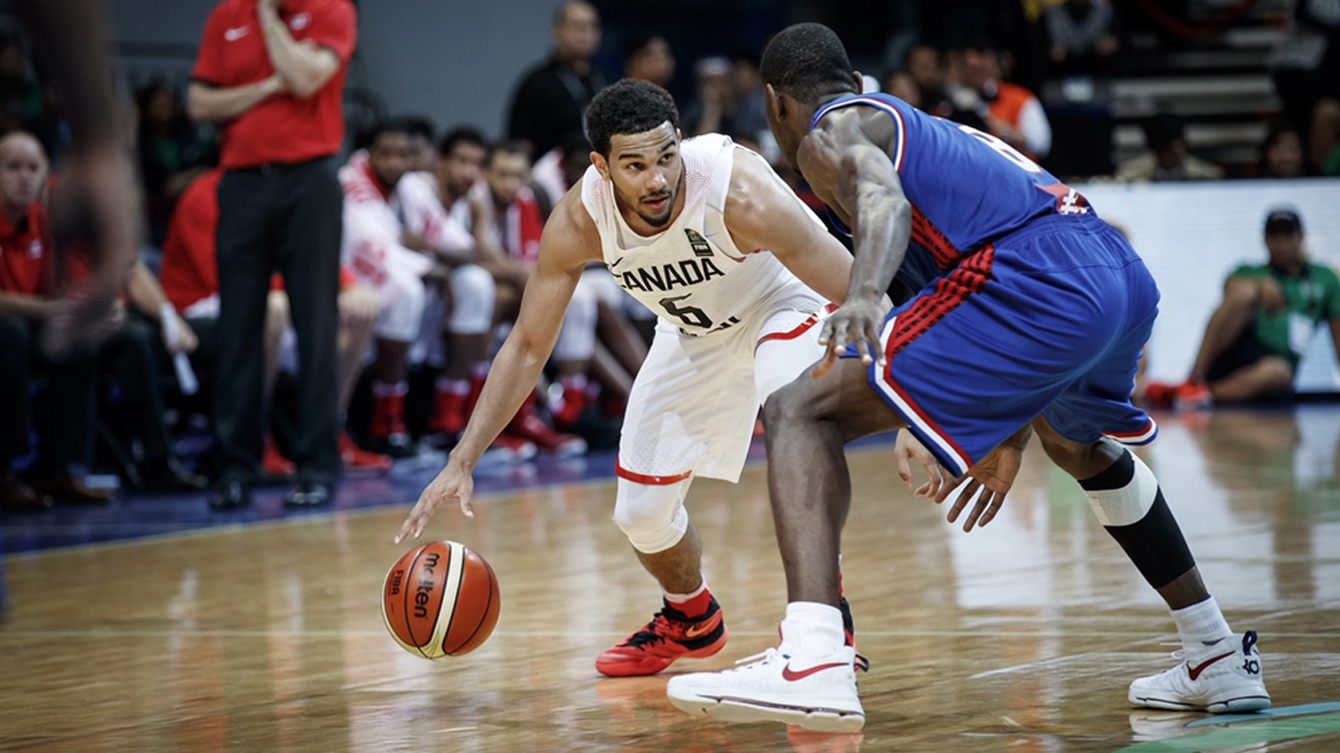 Cory Joseph had a team high 20 points in Canada’s loss to France in the final of the Olympic qualification tournament on July 10, 2016 in Manila. (Photo: FIBA)

Canada’s hopes of having a men’s basketball team at Rio 2016 came to an end on Sunday. Playing in the final of the last-chance Olympic qualifying tournament in Manila, Philippines, Canada fell 83-74 to France. NBA veteran Tony Parker led France with 26 points while Toronto Raptors guard Cory Joseph led Canada with 20.