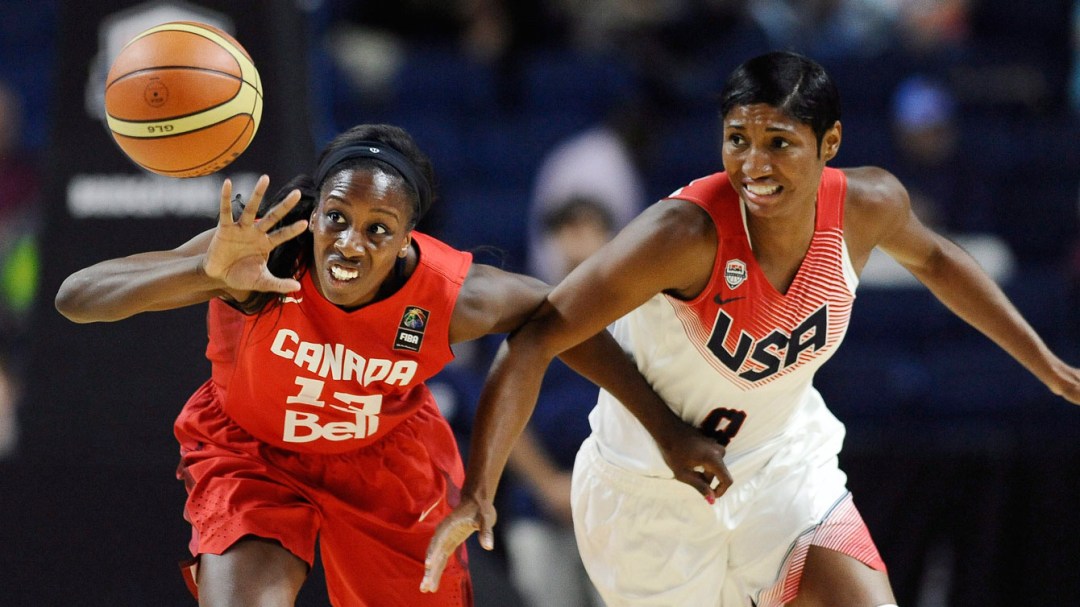 A group poised to build on recent success since its last Olympic Games, the Canada Basketball women’s team has been named for Rio 2016.

A hungry, experienced squad of returning Olympians will combine with energetic and ambitious youth when Canada’s women take to the hard court in Deodoro for the group stage, followed hopefully by a long run in the knockout rounds on a bigger stage in Barra’s Olympic Park. 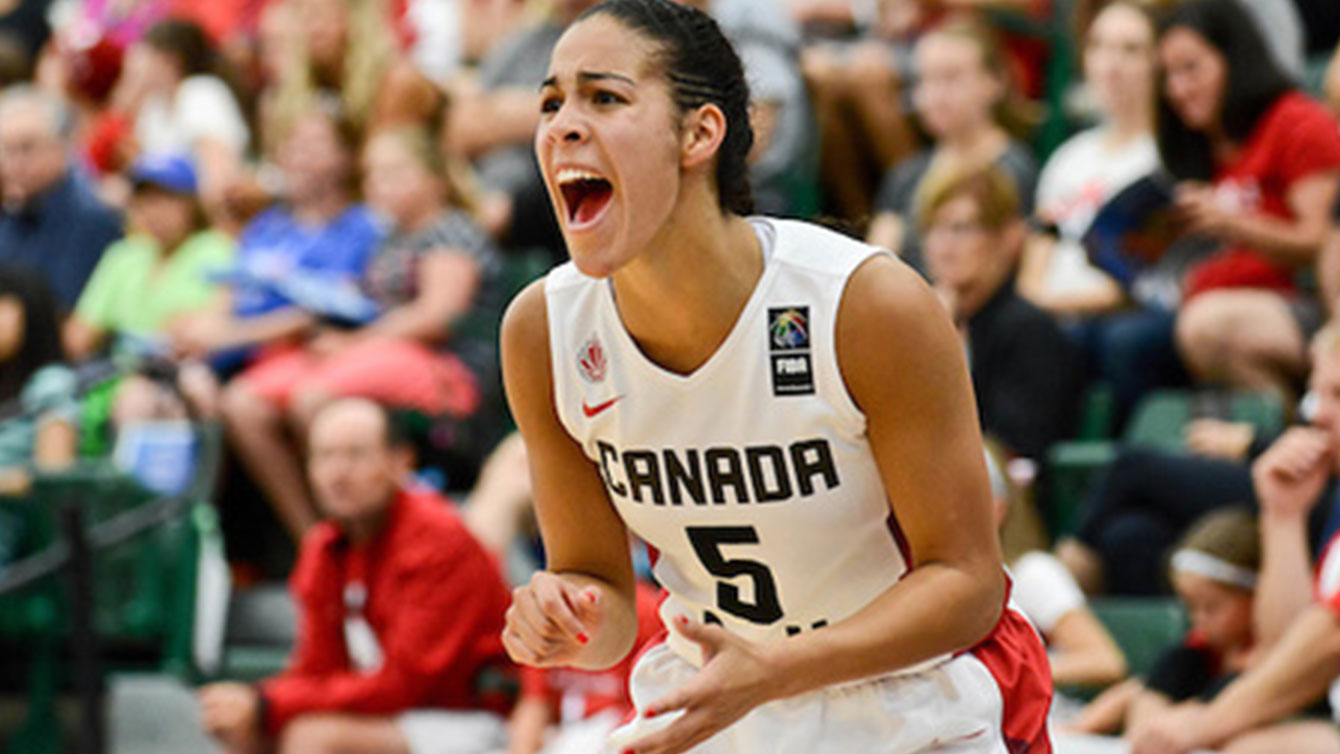 Five newcomers join seven returnees on Team Canada in Rio. The most anticipated of the additions is guard Kia Nurse, a two-time NCAA (U.S. collegiate) champion who has already led her country to recent gold medals at the Toronto 2015 Pan American Games and FIBA Americas in Edmonton where the women locked up their Olympic berth last year.

Four other players heading to their inaugural Olympic Games are guards Nirra Fields and Miah-Marie Langlois, with forwards Nayo Raincock-Ekunwe and Katherine Plouffe.

Plouffe joins her twin sister Michelle, who is one of the seven returning Olympians who give head coach Lisa Thomaidis’ team a mix of talent, grit and deep international experience. 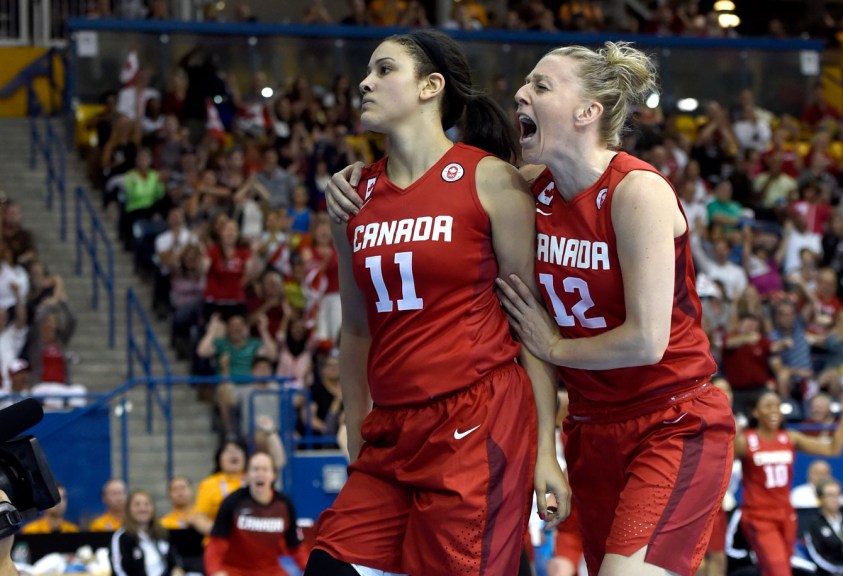 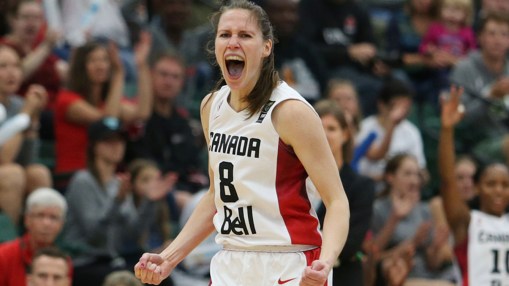 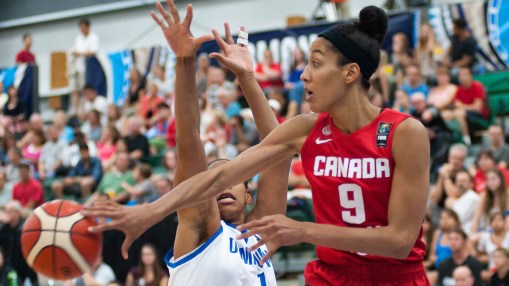 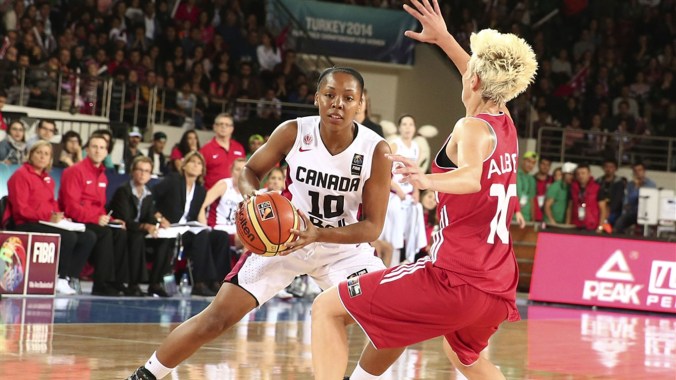 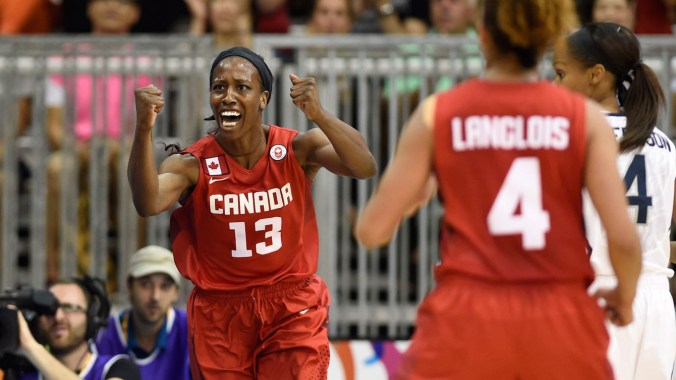 Tamara Tatham helped Canada defeat the USA for women’s basketball gold at TO2015.

Guards Kim Gaucher and Shona Thorburn are back for Rio, as are forwards Natalie Achonwa, Miranda Ayim, Lizanne Murphy and Tamara Tatham.

Much has happened since Canada finished fourth in its Olympic group in London to eke into the knockout stage before being demolished 91-48 by the United States in the quarterfinals four years ago.

Prior to winning at TO2015 (and beating the Americans in the final), then dominating fellow FIBA Americas nations in Edmonton (where USA was absent), Canada finished fifth at the World Championship in 2014, beating London 2012 silver medallist France along the way. Such results have built a belief into the squad that they can legitimately compete for a medal on the Olympic stage and Team Canada fans should follow this team closely.