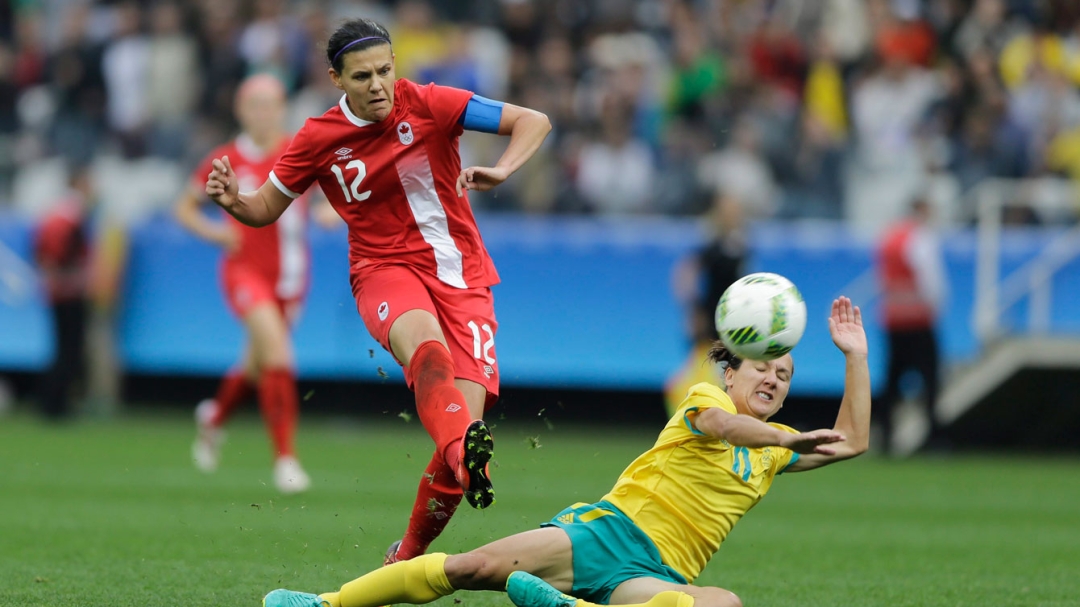 Judging by Canada’s 2-0 win over Australia on Wednesday, Christine Sinclair and Janine Beckie will be the pair to watch in women’s soccer.

Beckie scored just 19 seconds into the game, setting a new record for fastest goal ever in the women’s Olympic tournament. But afterwards, she was more enthused about her team getting a win in its first game of the competition. 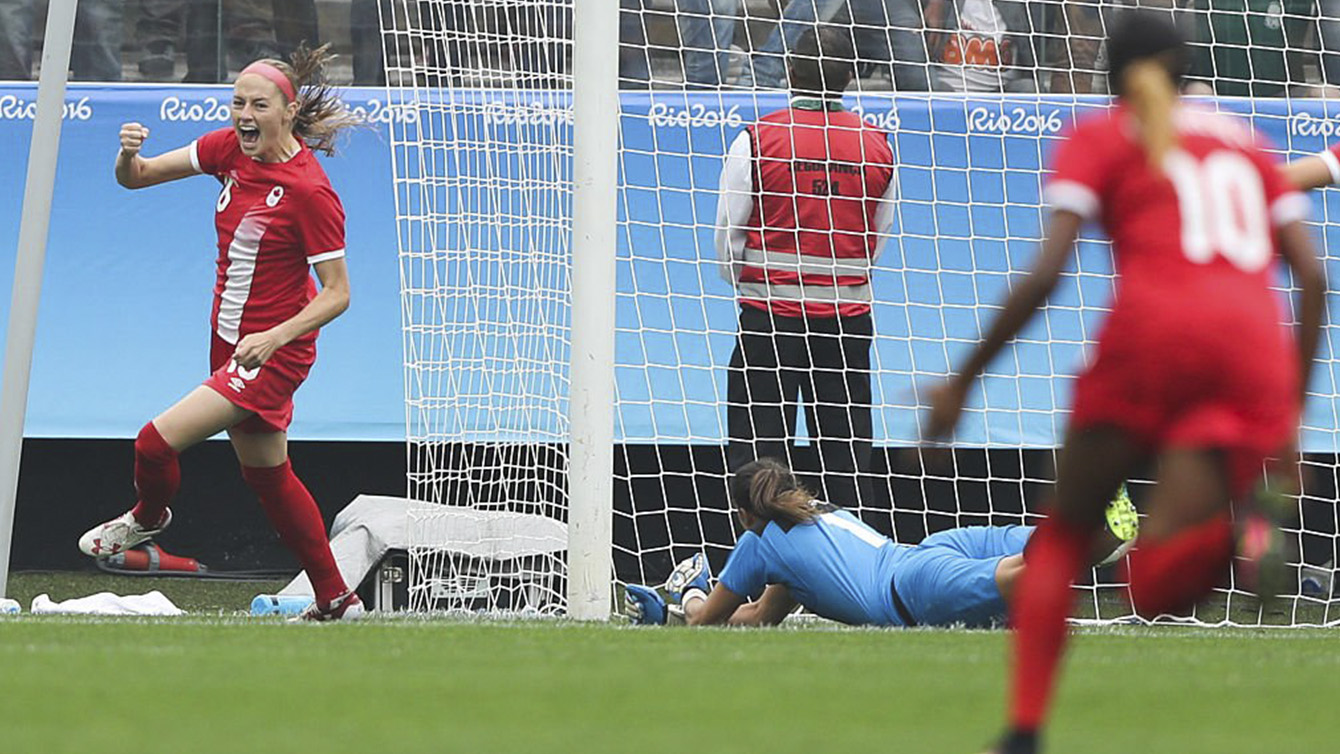 Canada’s Janine Beckie celebrates scoring against Australia in the opening match of Rio 2016 on August 3, 2016 in Sao Paulo. (Photo: Rio 2016)

“Records are records and it’s exciting, but we pulled out the win and that’s what’s important,” said Beckie. “We have another game in two days to prepare for; so, we can celebrate tonight but it’s back to business tomorrow.”

Sinclair, playing in her third Olympics for Canada, made the play happen with an interception, before sliding the ball over to Beckie.

“I don’t think we could have drawn it up any better than how it started for us,” said Sinclair. 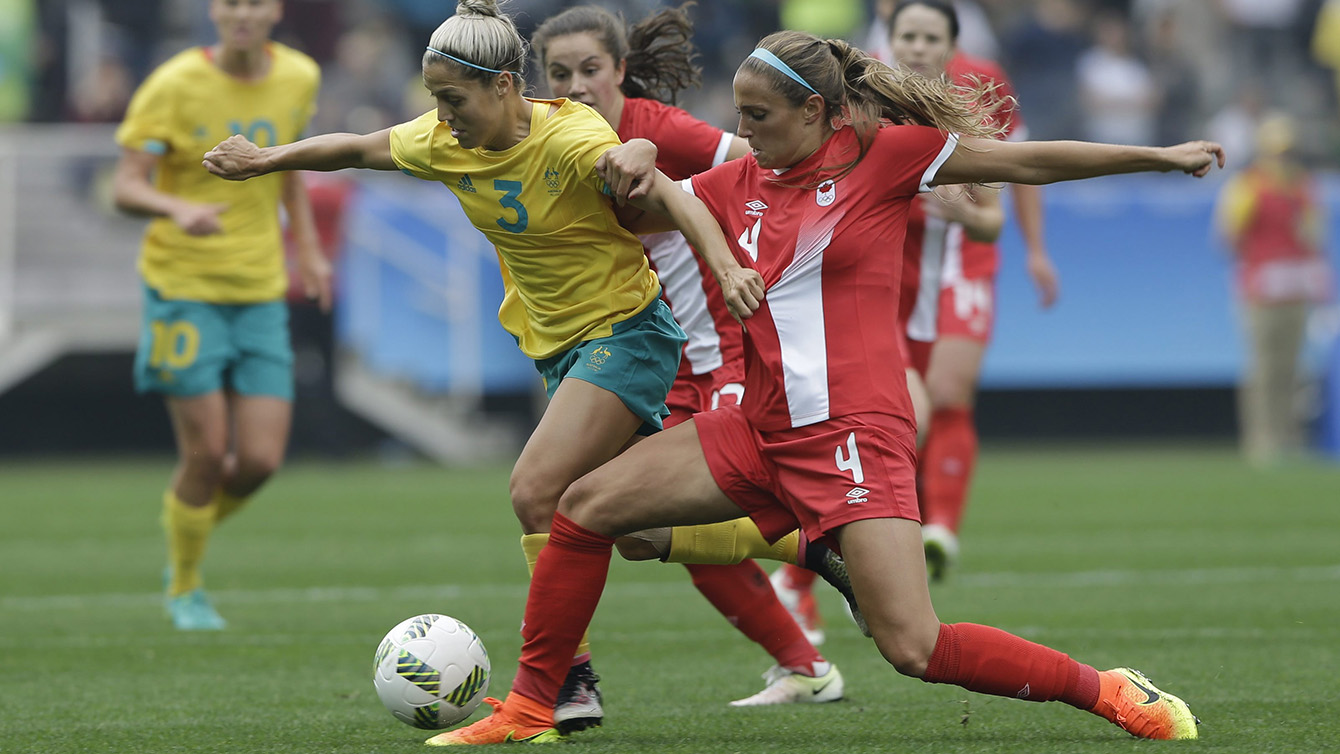 Things got more challenging from there, as the team was forced to play shorthanded for most of the game when defender Shelina Zadorsky was sent off in the 18th minute. But with the leadership of Sinclair, the team’s 33-year-old captain, Canada was able to hang on and prevent the Australians from scoring.

“It could have gone south very easily for us tonight, and we didn’t let it happen,” said Sinclair. “It just goes to show the character we have in this group.”

Not only did Canada keep Australia off the score sheet, they also created some scoring chances of their own. In the second half, Canada was awarded a penalty kick. To the surprise of many, it was the youngster Beckie who stepped up to take it. 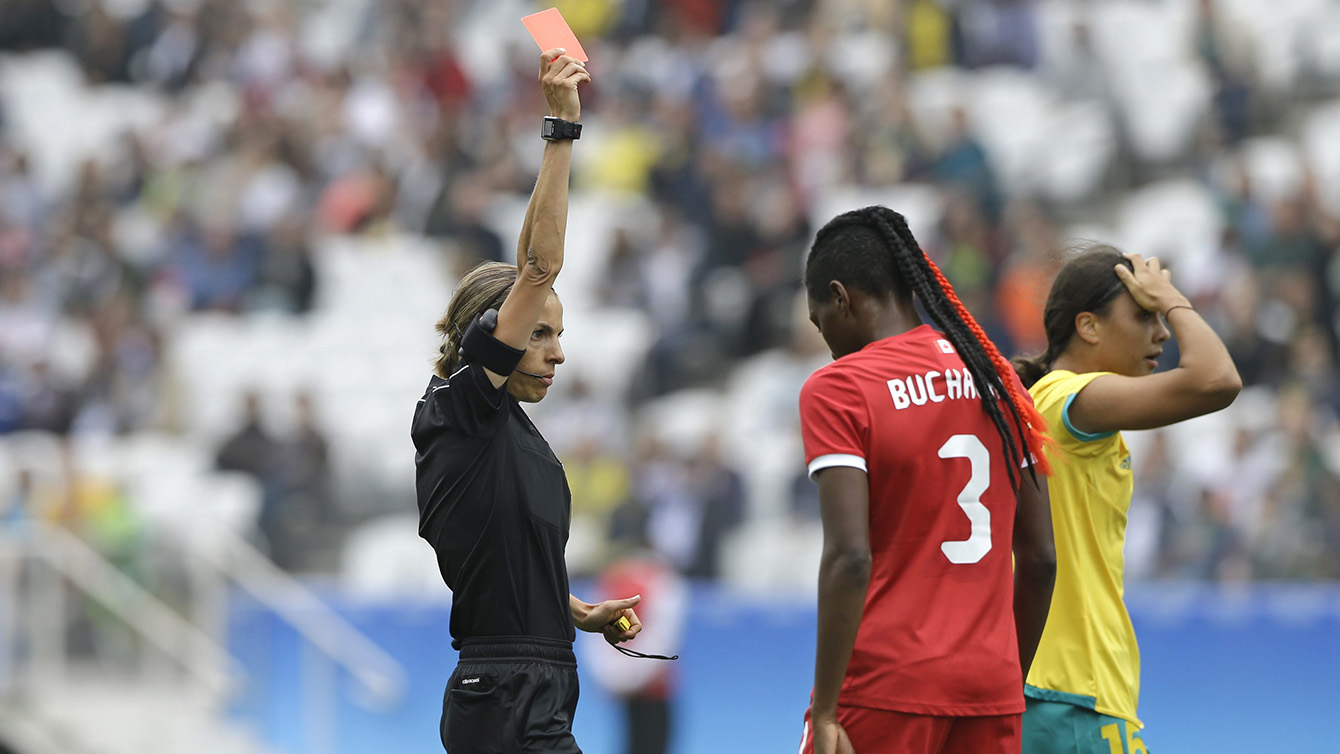 The 21-year-old, playing in her first Olympic game, had her shot saved by Australian goalkeeper Lydia Williams. Beckie said that she hopes to learn from the experience.

“I missed. It happens,” said Beckie. “Would it have been great to score? Yes. But you go back and you review it, and I’ll keep taking (penalty kicks).”

Sinclair was the one to finish things off for Canada late in the second half, using her speed in the counterattack to chip the ball into the Australian net from long range. It was Sinclair’s ninth Olympic goal, and her 163rd in a Canadian jersey.