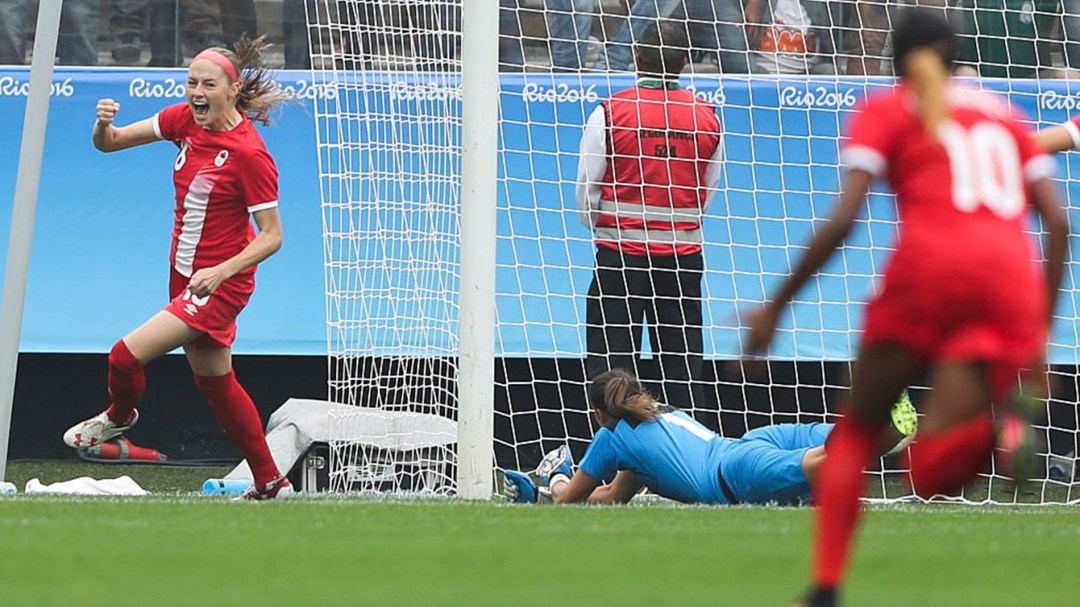 A 10-woman Canada squad beat Australia 2-0 in the opening match of the Olympic football tournament at Rio 2016 on Wednesday.

Janine Beckie scored just 20 seconds into the match – an Olympic football record – while Christine Sinclair added insurance with a goal in the second half at Arena Corinthians in Sao Paulo, Brazil. 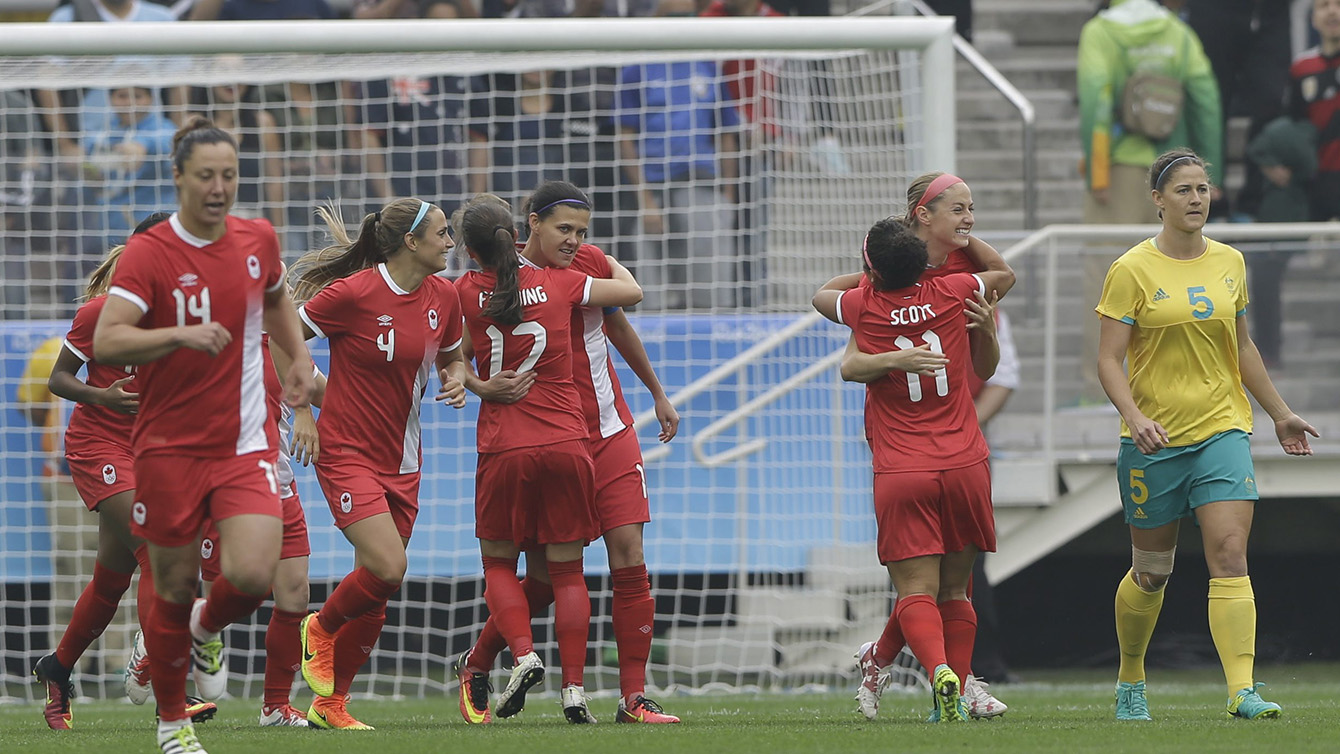 The Canadians, ranked 10th in the world, were forced to play with 10 players for most of the match after Shelina Zadorsky was given a red card for taking down Michelle Heyman in the 19th minute.

The win gives Canada a full three points and a 1-0 record, placing them on top of Group F. The team’s next match is on Saturday against Zimbabwe before a big game on Tuesday against No. 2 ranked Germany.

Canada’s quick start was initiated by Sinclair who picked off a sloppy pass between two Australian defenders. The national team veteran then fed Beckie to give the Canadians a 1-0 advantage in the opening minute. 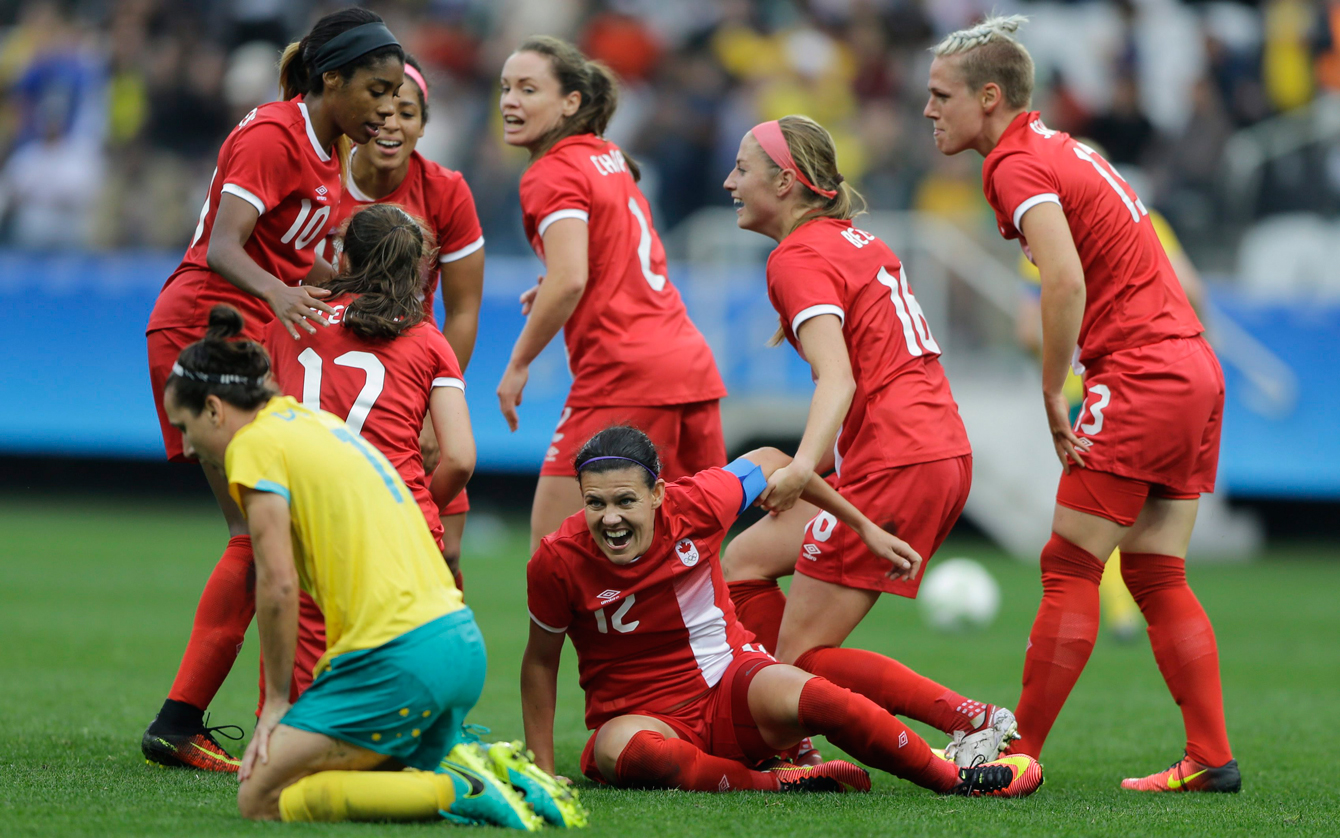 After Zadorsky was given a red card, Australia, ranked fifth in the world, came close to tying the match on Elise Kellond-Knight’s ensuing free kick that hit the top of the crossbar.

Australia continued to press for much of the first half, firing a total of six shots on goal. Canadian goalkeeper Stephanie Labbe made several key saves to keep her team in front at halftime.

Beckie had a glorious chance to put Canada up 2-0 in the 73rd minute after Australia was called for a hand ball. On the penalty kick attempt, Beckie’s shot was stopped by ‘keeper Lydia Williams. A few moments later, a Jessie Fleming shot went to the goal line but stayed out.

In the 80th minute, Williams came out her of net to challenge for the ball, only to have Sinclair chip it past her and an Australian defender, giving Canada a 2-0 lead and some late game insurance.