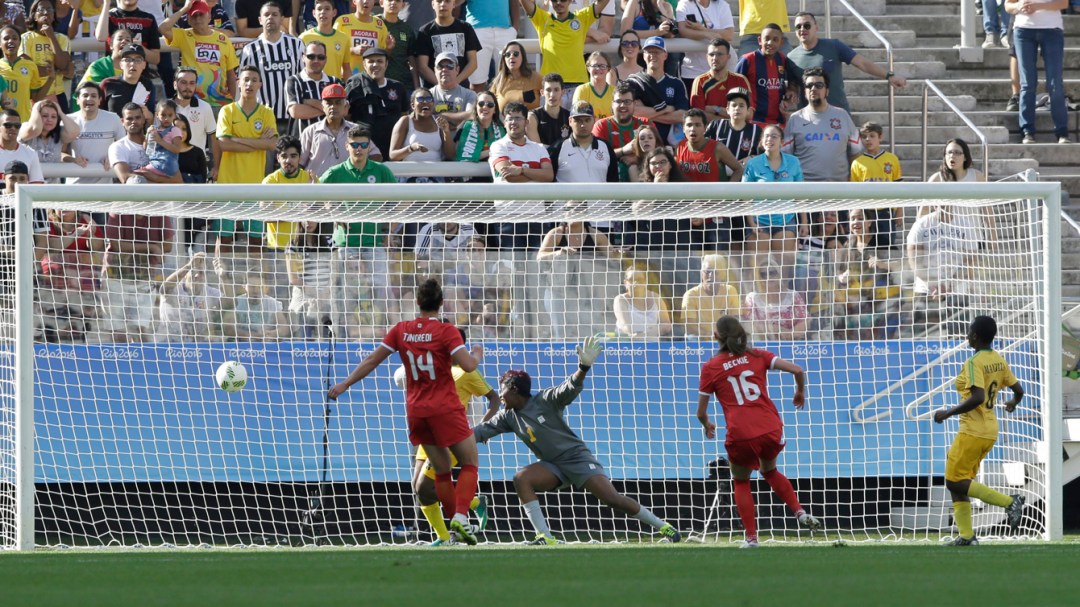 Janine Beckie, who opened the scoring in the seventh minute, netted a pair of goals for Canada while captain Christine Sinclair chipped in as well, scoring for the 10th time in her Olympic Games career.

Canada dominated the game until the final few minutes when Zimbabwe’s Mavis Chirandu scored, making it 3-1. The goal sparked Zimbabwe – ranked 93rd in the world – but the underdogs ran out of time to stage any more of a comeback. 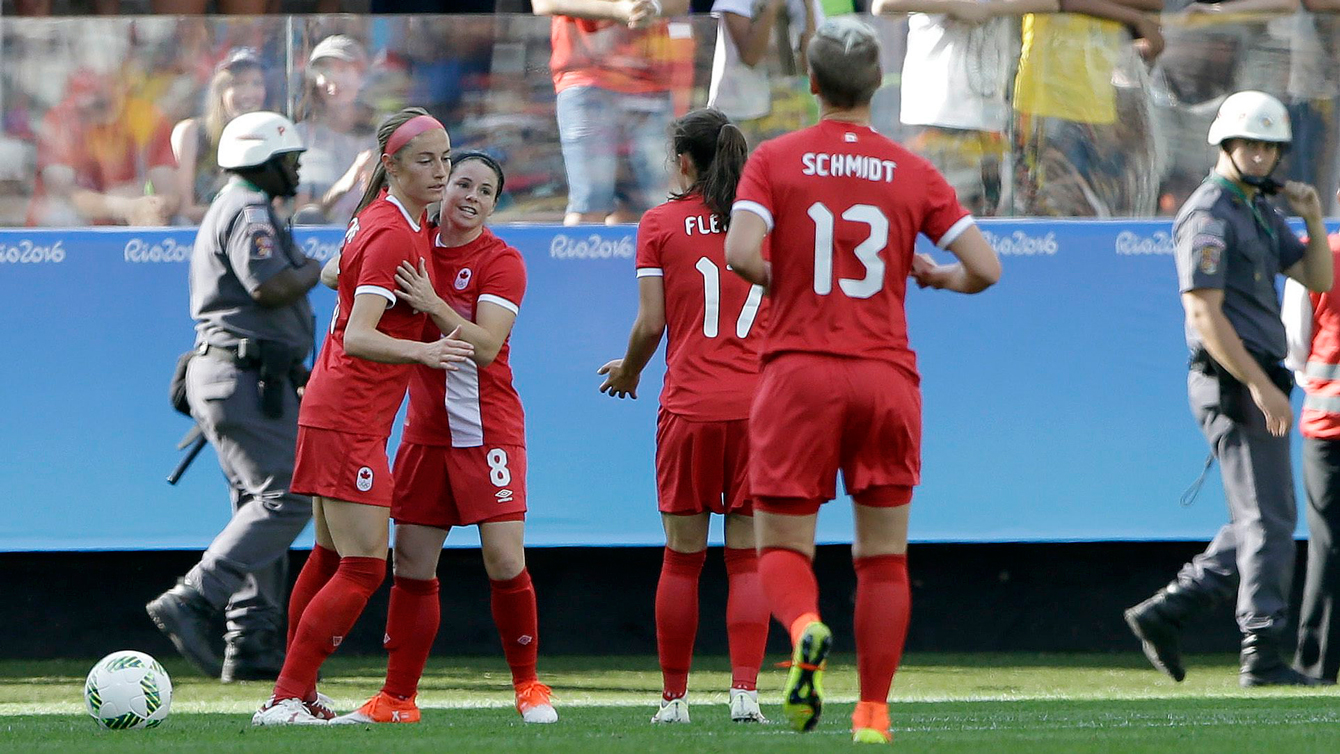 The win improves Canada to 2-0 at Rio 2016, placing them atop Group F and all but assuring them a spot in the quarterfinals. The team, ranked 10th in the world, closes out the preliminary round on Tuesday with a game against No. 2 ranked Germany.

Like Thursday’s match against Australia, Sinclair fed Beckie to get Canada on the board early. In the seventh minute, Beckie had her initial shot stopped by Zimbabwe goalkeeper Chido Dzingirai but put in the rebound to make it 1-0.

In the 15th minute, Beckie sent a cross-goal pass to Diana Matheson who nearly made it 2-0, only to hit the bottom of the post. Moments later, Matheson collided with the Zimbabwe ‘keeper while going for the ball, giving Canada a penalty kick. Sinclair took the kick and made no mistake, doubling Canada’s lead. 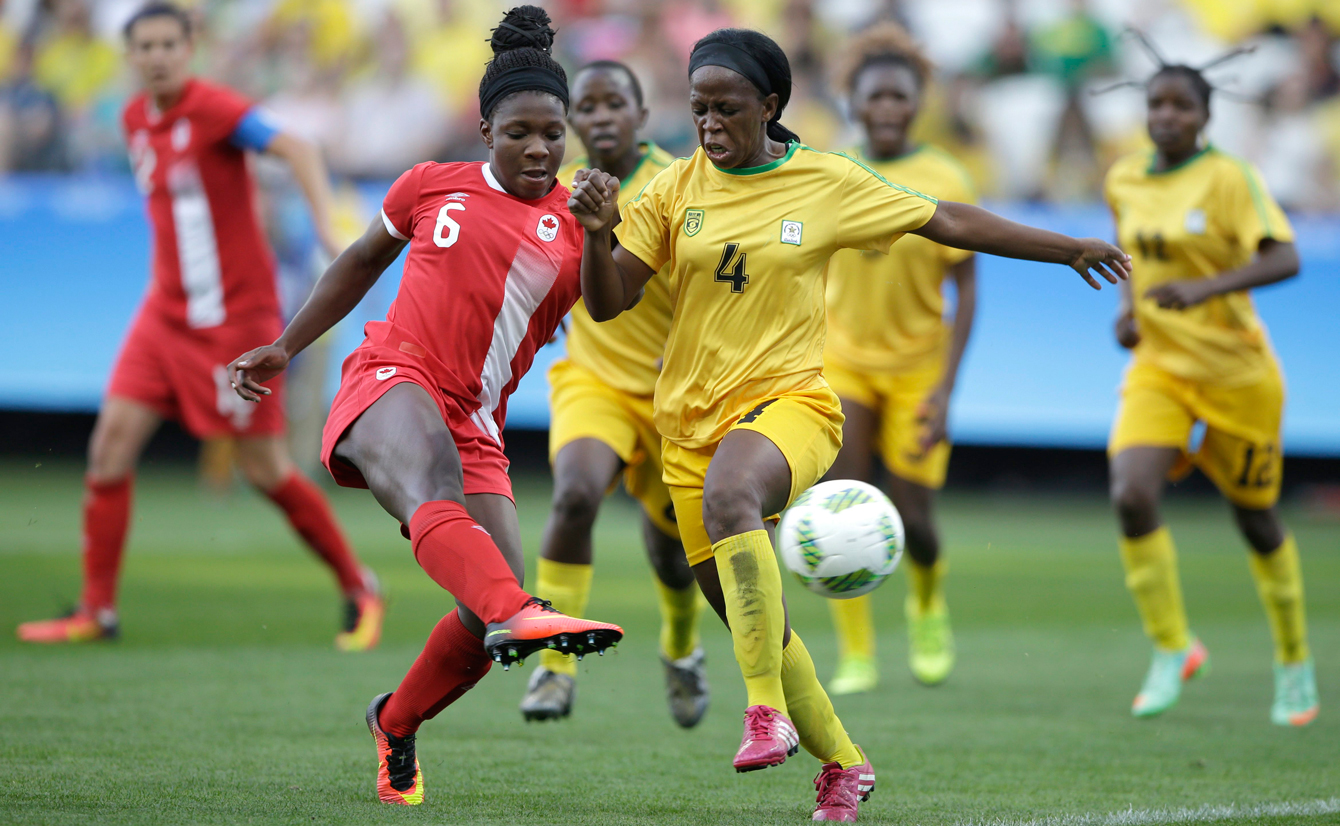 Canada kept applying offensive pressure in the 22nd minute when Matheson centred the ball. Both Sinclair and Beckie had chances but could not connect.

In the 35th minute, Josee Belanger bounced a pass to Beckie who booted in her second goal of the match, giving Canada a 3-0 advantage.

Soon after Beckie’s goal, Sinclair had another great chance but fired a header just over the crossbar. In the 42nd minute, it appeared Matheson had given the Canadians a 4-0 lead but the goal was called offside.

Despite leading, the Canadian squad showed some frustration at times in the second half and were given three yellow cards. Until the final few minutes of the match when Zimbabwe pressed, Canada cruised through most of the half.