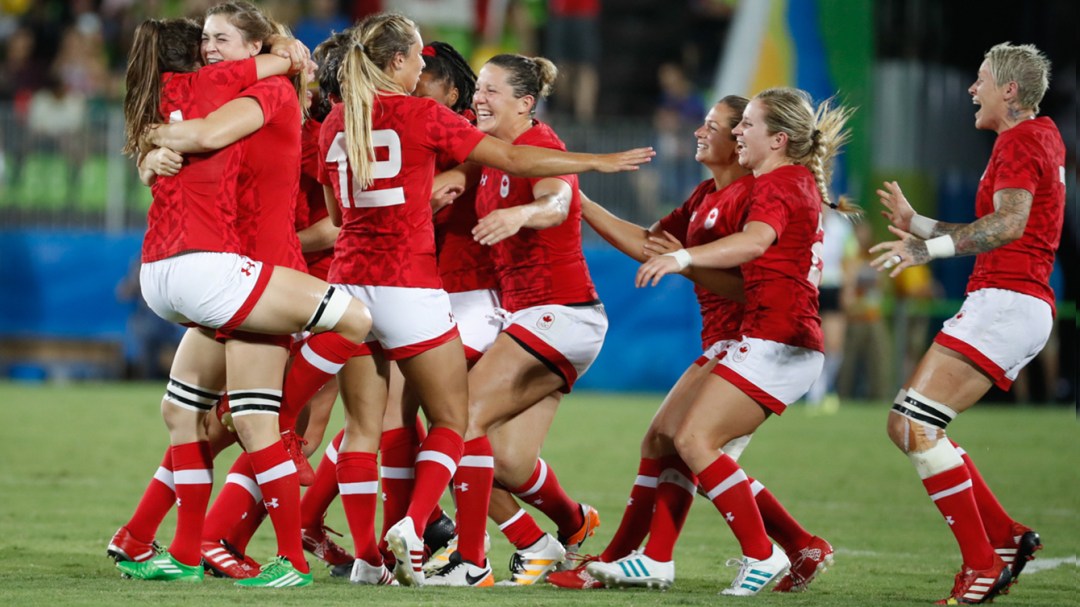 A furious first half from Canada helped the women’s rugby team to a historic first-ever bronze medal at the Olympic Games, beating Great Britain 33-10 on Monday in Rio de Janeiro’s Deodoro Stadium.

With tries from four different players and conversions made on three of them, Rugby Canada’s women led 26-5 at half against a stunned British side that had beaten the Canadians 22-0 a day earlier in group play. 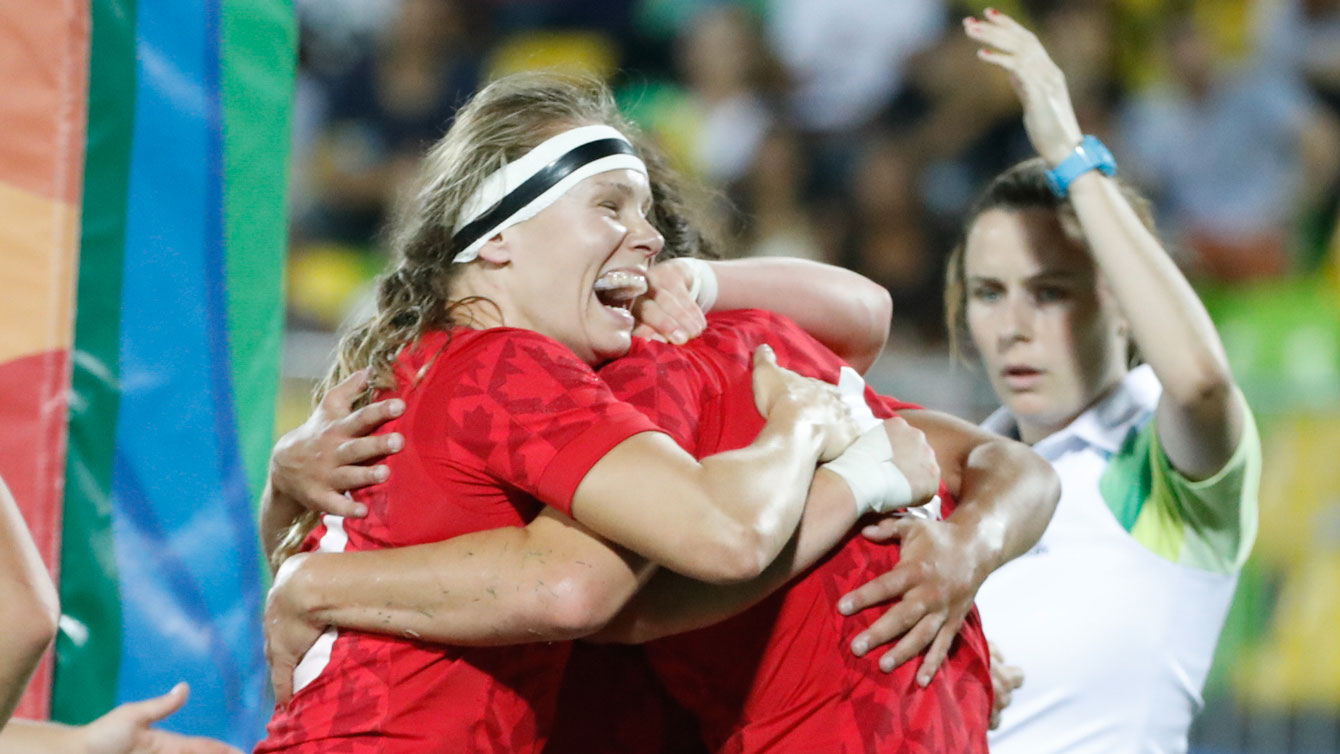 The memories of the first British match, and the semifinal loss to Australia earlier in the day put well behind them at Rio 2016, Canada dominated large parts of the match on Monday evening to secure the Olympic bronze medal.

Both Farrella and Russell’s tries came while Britain’s Emily Scarratt was in the sin bin with a yellow card, further weakening an already battered British resistance against Canada’s offensive penetration.

The Brits wouldn’t yield and Jasmine Joyce scored their second try in the second half, cutting Canada’s lead to 26-10.

Unmoved, Canada quickly responded with Landry’s second try and fourth conversion for 18 points on the night.

For the tournament Landry led Canada in scoring with 41 points on five tries. Farella had 30 points from six tries. 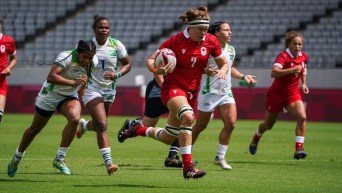