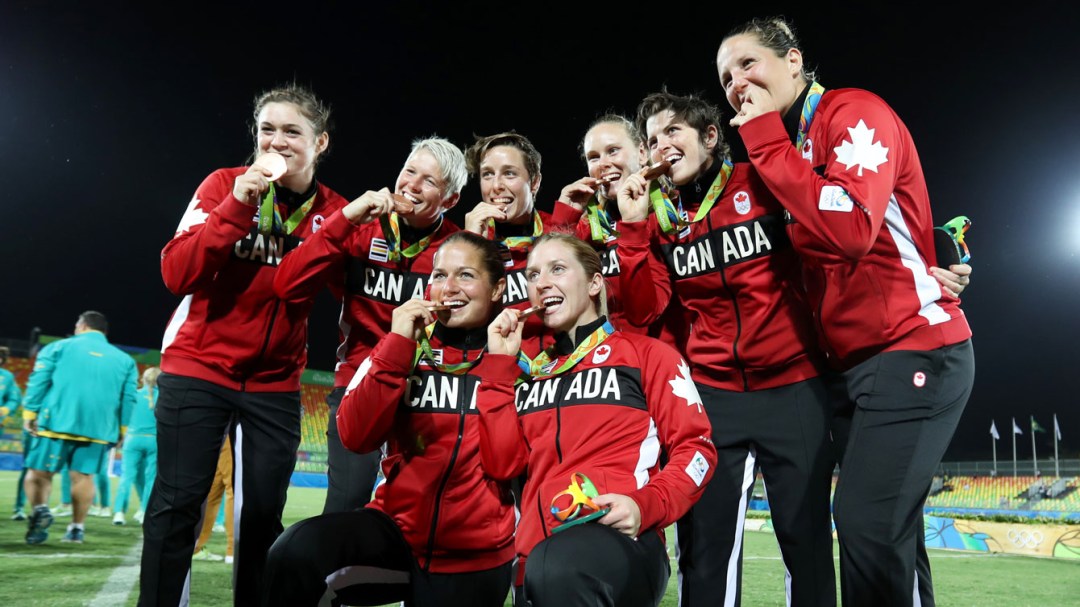 The Canadians were able to shake off the sting of a 17-5 loss in Monday morning’s semifinal against Australia to post a 33-10 win over Great Britain later that day, to win the first-ever Olympic bronze medal in rugby sevens. 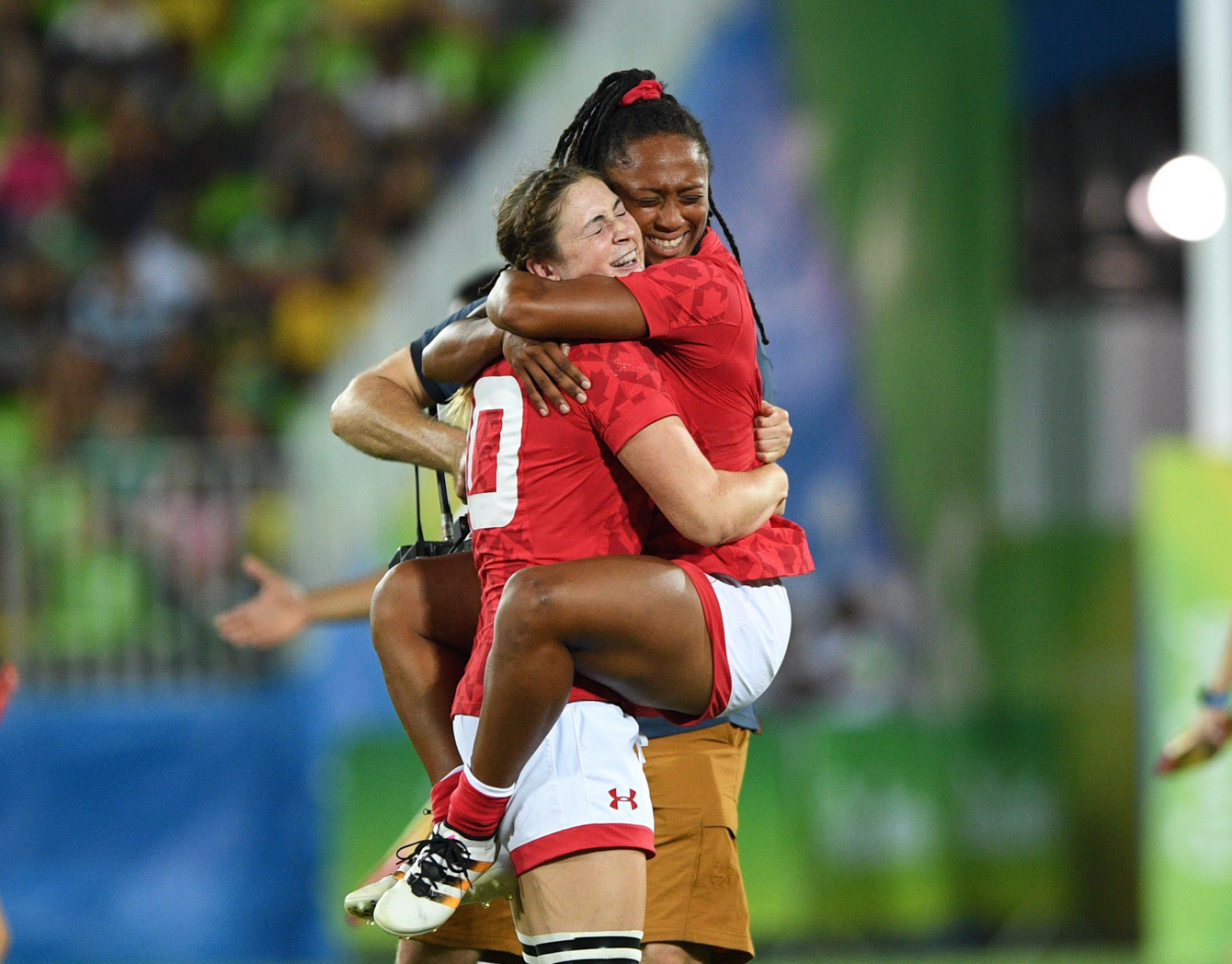 “It’s amazing,” said veteran Ashley Steacy. “We were obviously going for gold and Australia played a really great game against us.

“What defines you is how you bounce back from that, and I think we really proved it out there against (Great Britain), that we wanted it.”

Steacy knows all about bouncing back; the 29-year-old overcame two serious knee injuries and got up to speed in time to be part of the Canadian squad in Rio. 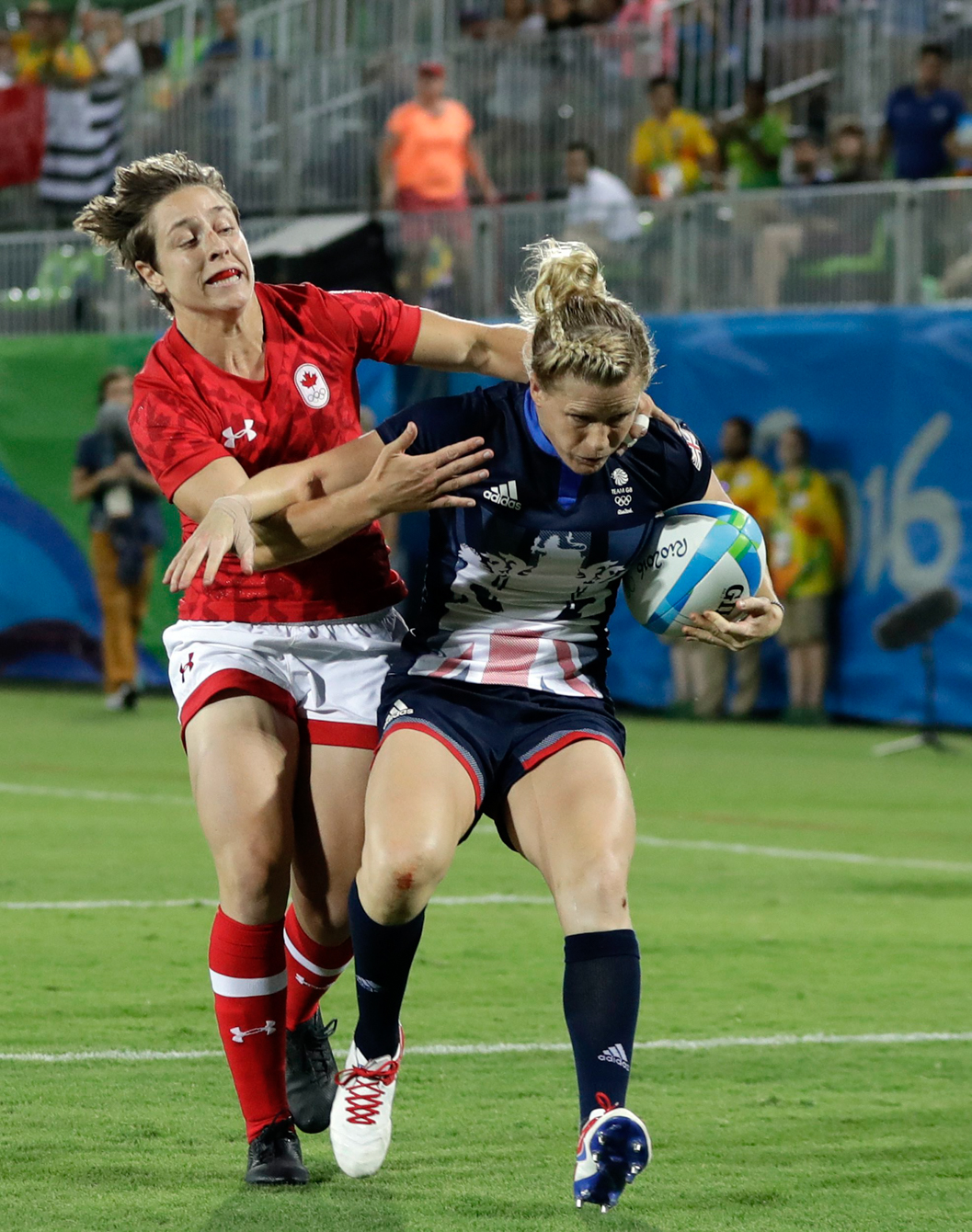 “I clawed my way back and to be here is a dream come true,” she said. “Literally, this is my dream and it just came true—winning a medal, representing Canada with these 12 girls and all the girls I’ve played with previous to this.”

The nature of rugby sevens (in which seven-a-side teams play seven-minute halves) allows for multiple games to be played in one day. That meant Canada went through a wild ride of agony and ecstasy over the course of just three days.

Flying high after two lopsided wins on Saturday, the team was humbled by Great Britain 22-0 in their final group-stage game on Sunday. 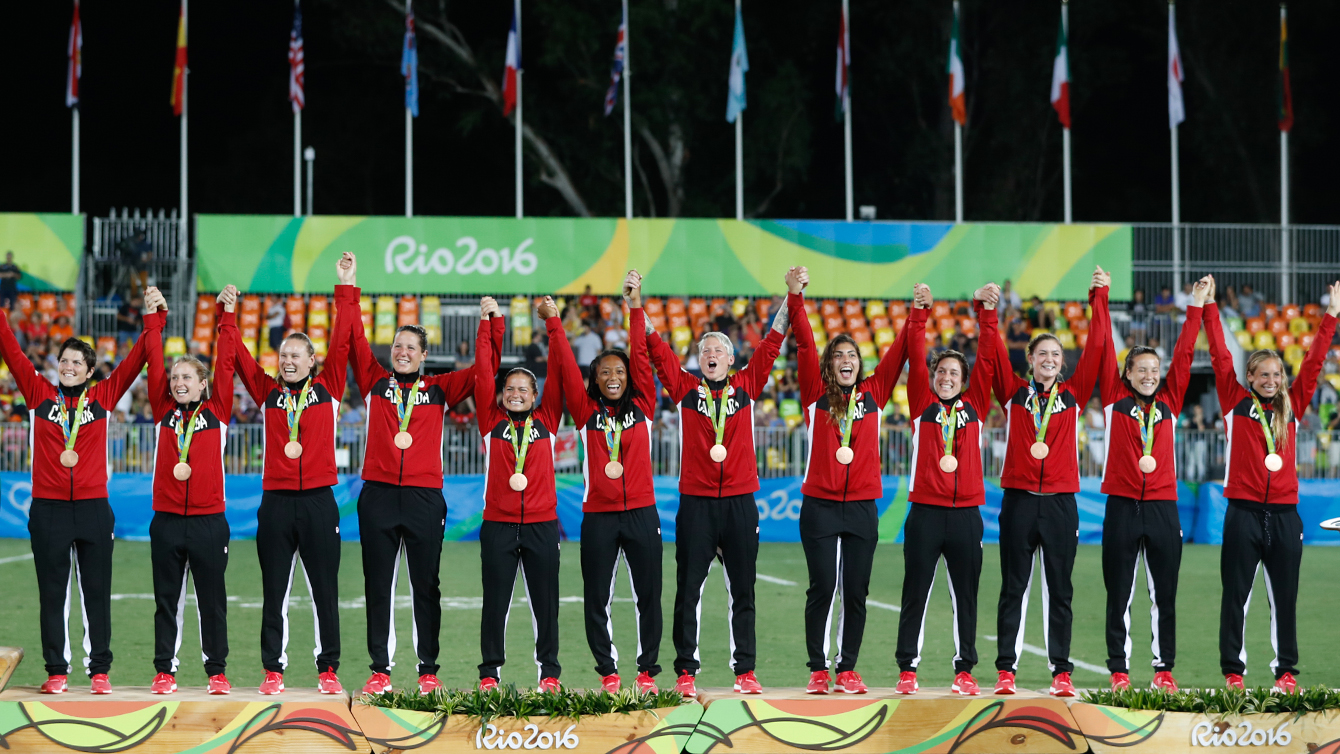 “I am disappointed; we are better than that,” team captain Jen Kish said after Sunday’s loss. “We had Great Britain expose us. It is better now than later.”

Those words turned out to be prophetic, as Canada fought to beat France in the quarterfinal on Sunday before, ultimately, prevailing in the rematch against Great Britain to earn their place on the podium.

Clearly, the lessons learned from that group-stage loss paid off in the end.

“We nailed our gameplan (in the bronze-medal match), and it just feels so great to represent this maple leaf,” said Steacy. “It just means the world right now.”