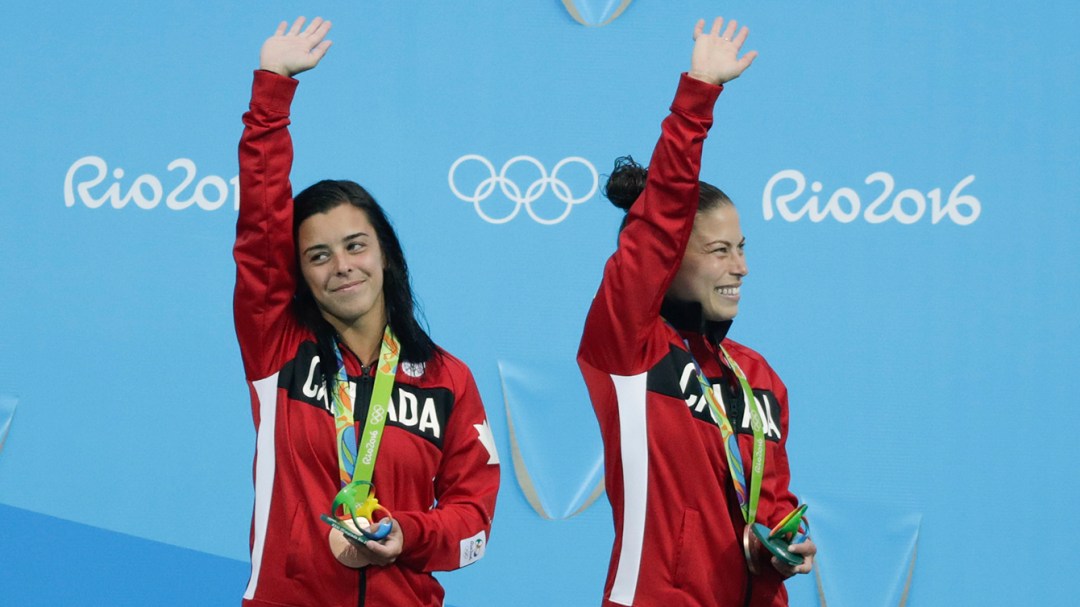 Day 4 of the Rio2016 Olympic Games consists of a legendary soccer game and a ton of swimming. Fans and athletes have taken to social media to support #TeamCanada

After a monstrous day 3 with two bronze medals in rugby and swimming, Canada looks ahead to the large matches to gain momentum. 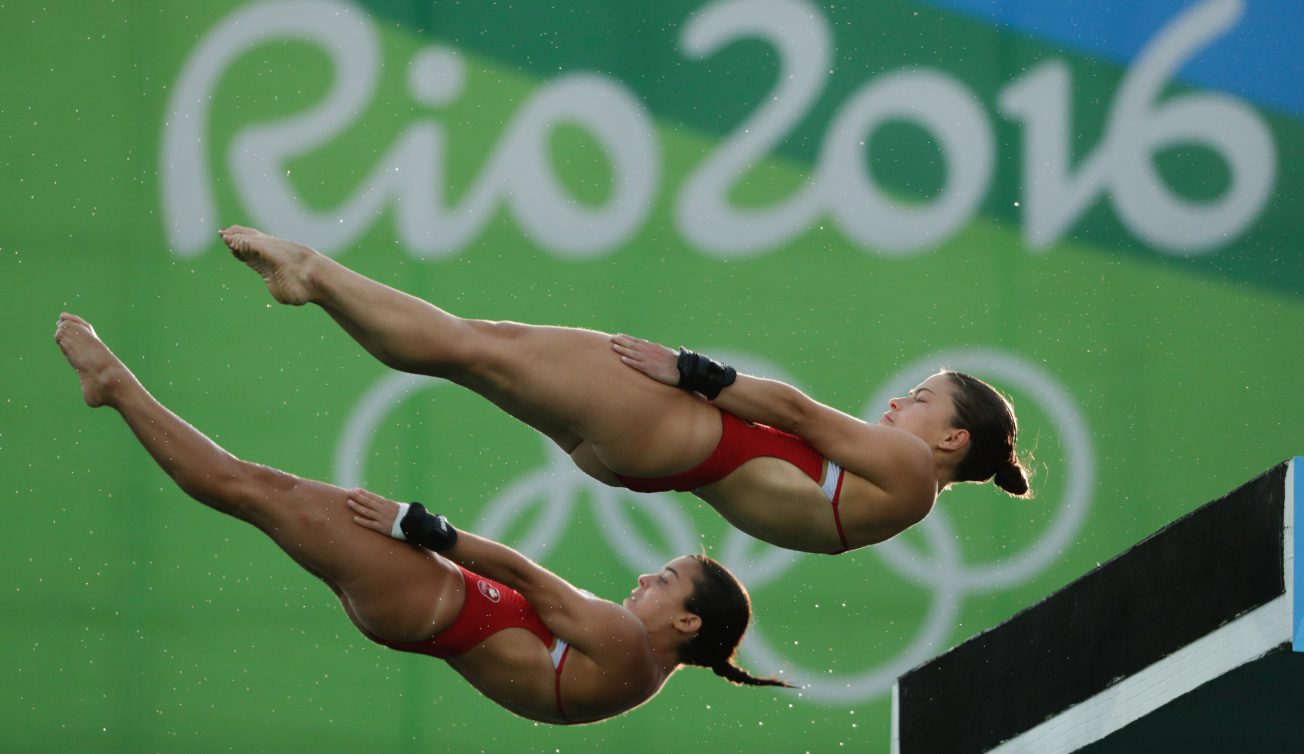 Meaghan Benfeito and Roseline Fillion of Team Canada in the third round of the Women’s Synchronised 10m Platform, on August 9, 2016 in Rio. COC Photo/Jason Ransom

@TeamCanada ready to cheers on the women's 10M synchro !!! pic.twitter.com/eXV1dJMqxJ

It's @MegBenfeito and @Roselinefilion 's time to shine 💪🏼🇨🇦 They look ready as ever! #RioOlympics2016

So proud of our #TeamCanada gals!!! They are delivering the hardware. #Bronze #Diving #Rio2016

Congrats @MegBenfeito & @Roselinefilion on ur bronze! So proud of u 2! #GIRLPOWER 🇨🇦

Volleyball – CAN vs Brazil

Oh this is going to be loud #CAN vs #BRA #TeamCanada #volleyball pic.twitter.com/PjC98ZS9yC

Beach volleyball – CAN vs Switzerland

Heather Bansley and Sarah Pavan are up one set. They currently sit in top spot of pool E.

Audrey Lacroix swam in the 200m butterfly semis but did not advance.

Santo Condorelli and Yuri Kisil competed in the 100m freestyle finals. Condorelli made the final placing second in his heat and qualifying third overall however Kisil just missed qualifying by .05 of a second.

Tennis – Doubles CAN vs Italy

Nestor/Pospisil has made it through to the semi finals.

Clinical!!#CAN Pospisil / Nestor are thru to the men's doubles semis after straight sets win over #ITA Fognini/Seppi. #tennis #Rio2016

what a performance by team NesPosp in that win. on to the semis! #TeamCanada

#CAN Nestor and Pospisil off to the semifinals after taking out #ITA in straight sets https://t.co/ccdXspLA0L

Beach volleyball – CAN vs Germany

Kristina Valjas and Jamie Broder lost 2-0 to the number one pair in the world from Germany.

Soccer – CAN vs Germany, pool round

An early penalty kick for Germany had Canada behind until Tancredi evened out the score making it 1-1. Tancredi fired back once again in the second with another goal making the score 2-0 and ultimately beating the Germans. The team finishes first in the pool, advancing to the quarter finals.

Antoine Valois-Fortier has been eliminated.

Gaby Dabrowski and Eugenie Bouchard have lost against the Czech.

Ashton Baumann has not qualified in the 200m breaststroke.

Audrey Lacroix finished 6th in her heat of 200m butterfly. She has qualified 16th and will be moving on to the semifinals.

She did it! Audrey Lacroix makes it into the 200-m butterfly semifinal in 16th position.

A post shared by Swimming Canada/Natation🇨🇦 (@swimmingcanada) on Aug 9, 2016 at 9:48am PDT

Santo Condorelli and Yuri Kisil competed in the men’s 100m freestyle heats. They both qualified for the semi finals, Condorelli in fifth and Kisil in eleventh. They will be swimming tonight in the semifinals.

Field hockey – CAN vs Netherlands

Canada’s field hockey team has lost 7-0 to the Netherlands.

Wishing #fairwinds to @TomRamshaw who is #sailing for @TeamCanada today in Men’s Finn! #DavenportTO #Rio2016 #Olympics

Antoine Valois-Fortier was defeated by Russia in the quarter final and will move to the repechage.

They dynamic duo of Ben Saxton/Chaim Schalk have beaten the Brazilians.

What a match!!@BenSaxton13 and Schalk take down #BRA in beach volleyball! Go #CAN !! #Rio2016 #TeamCanada

#TeamCanada won the match point on a trickler serve. It's not even noon and that made my day 🏐🏐🏐 #beachvolleyball #GoCanadaGo #Olympics

Love all the congrats, want to reply all the messages, but for every reply there's 50 new notifications. #phonesplosion #harderthanvball

Congrats to Rebecca Howard & Rupert, on a fantastic 10th place in #EquestrianEventing at #Rio2016 #TwoHearts #CAN pic.twitter.com/cBDyaED3aq

Maxim Brinck-Croteau has been knocked out in the round of 32.

Carling Zeeman has qualified for the semi finals in women’s single sculls.

Nicole Hare and Jennifer Martins have failed to qualify.

Ryan Cochrane has shown everyone he is more than just (swimming) Captain Canada. With constant posts praising his fellow Team Canada athletes, Cochrane has been a fantastic support system for this entire team.

Nothing beats that moment when you win your first Olympic Medal. First team medal of the games and first medals in Rugby. Congrats to an amazing team @rugbycanada #can #rio2016

What took us 16 years to accomplish, our women just did in the first 3 days. Totally awestruck. #bronze #can #rio2016