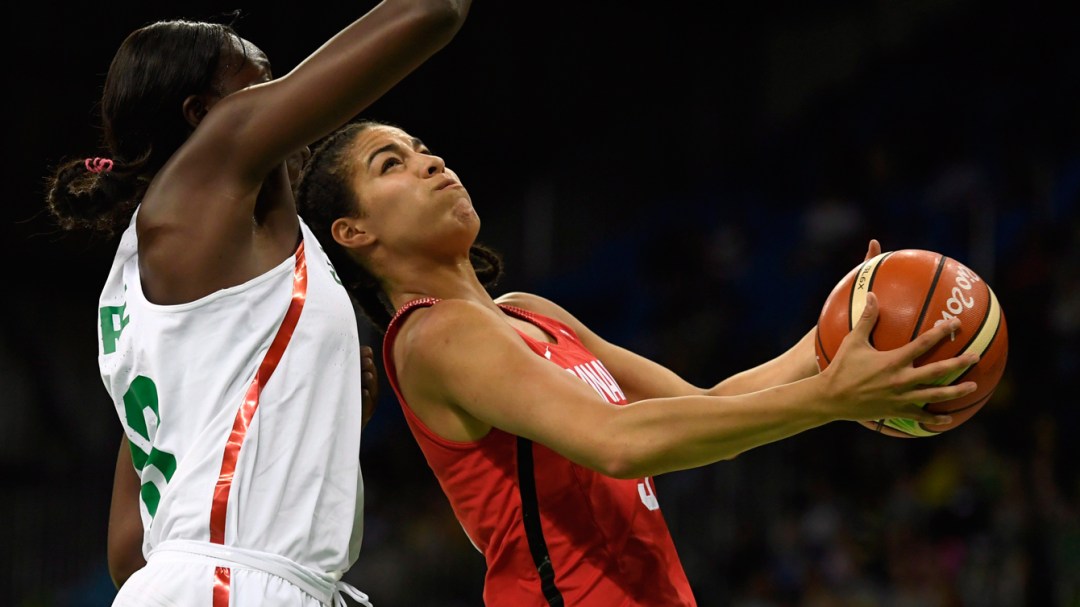 Canada stays perfect in Olympic basketball with win over Senegal

It’s the first time Canada’s women’s squad has gotten off to a 3-0 start at the Olympic Games. The team previously defeated Serbia and China.

The Canadians, playing in Group B at Rio 2016, carry their perfect record into Friday’s contest against the No. 1 seeded Untied States. The US improved to 3-0 on Tuesday as well, posting a 110-84 victory over Serbia. 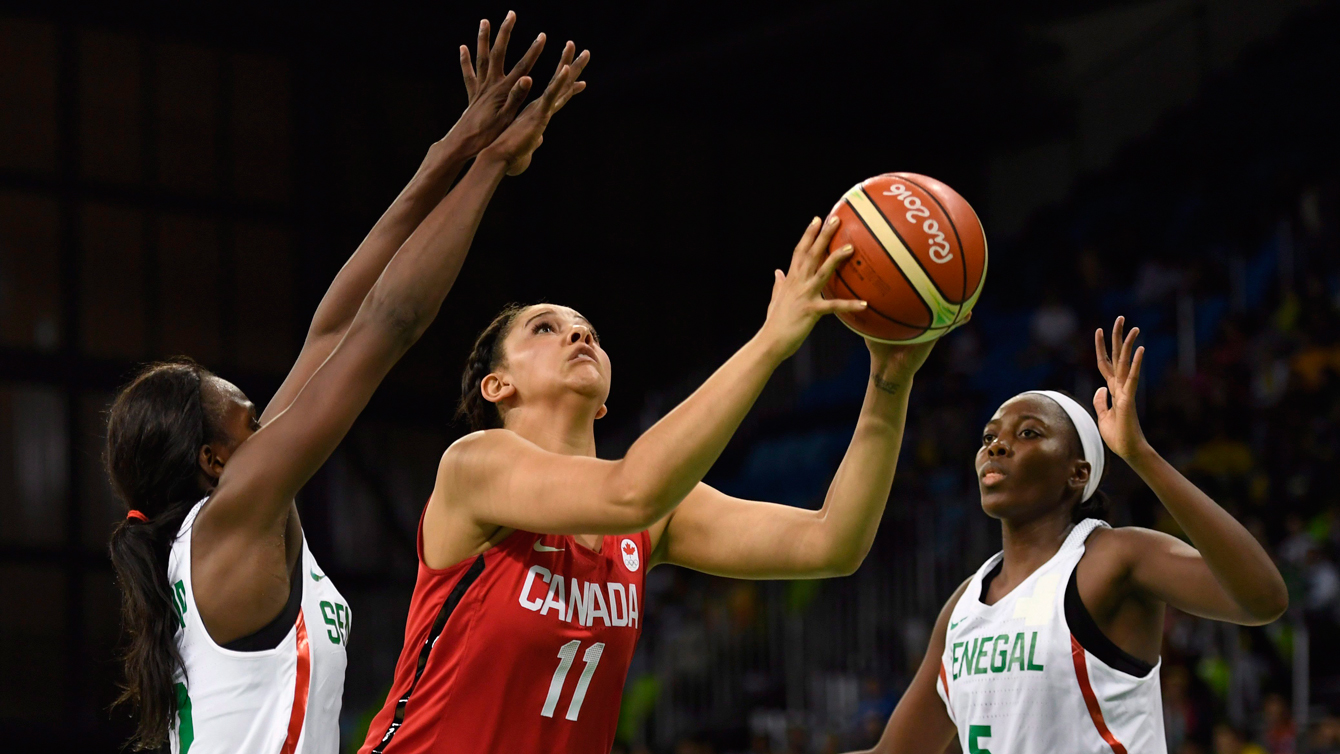 Canada’s shooting started the game off slow, falling behind 5-0 3:26 into the opening quarter. But the Canadians quickly heated up, going on a 10-0 run to take the lead and carrying a 17-10 advantage into the second.

In the second, a jumper from Miah-Marie Langlois and a layup by Michelle Plouffe put Canada up by 12, 26-14. The Canadians weren’t able to pull too far away though and led 33-24 at the half. Kia Nurse had a team high nine points in the first two quarters.

With 2:56 left in the third frame, Canada grabbed a 16-point lead and carried that momentum through much of the quarter, going up 55-41 after three. 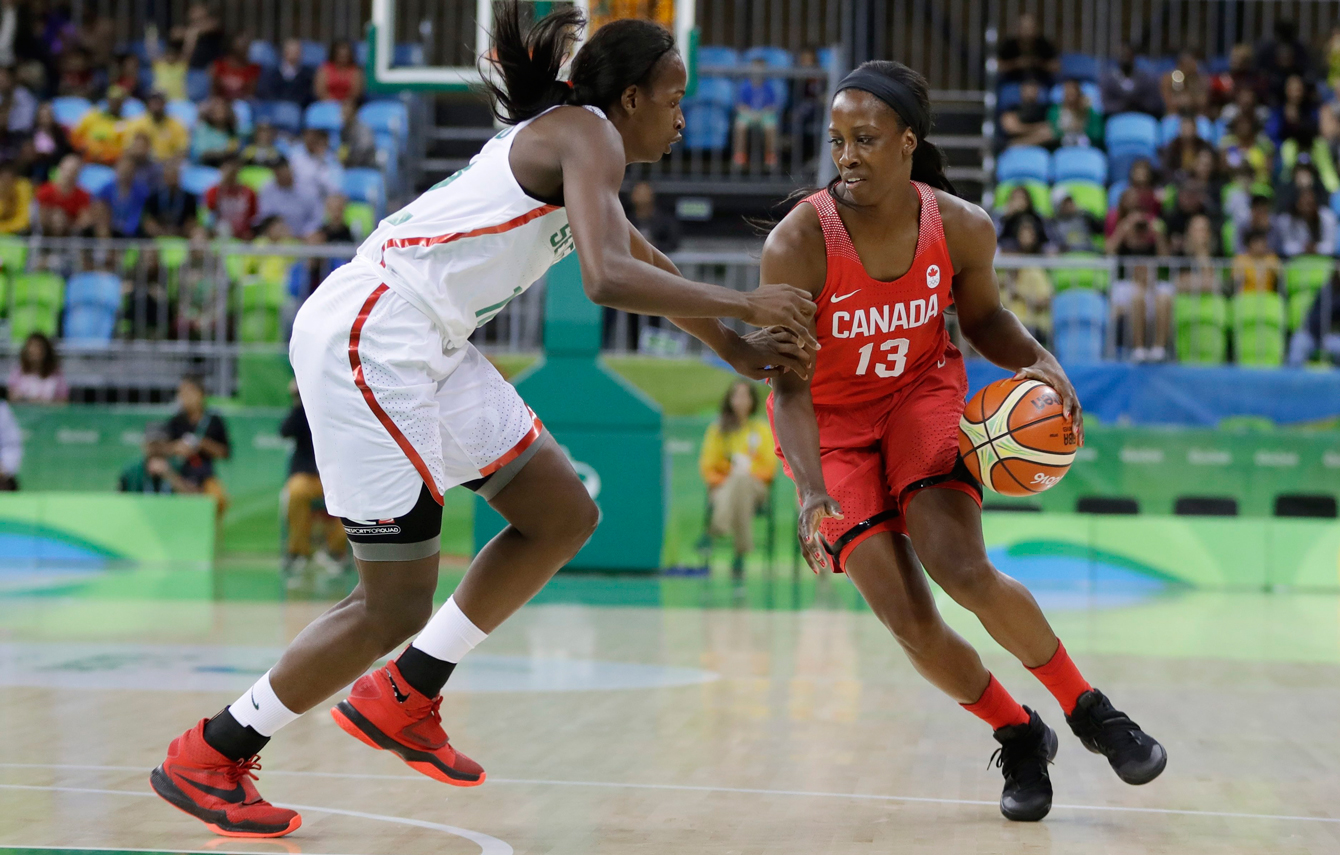 Senegal didn’t go away, though. Led by Astou Traore, who had a game high 24 points, Senegal got within six with 5:15 left in the fourth. But the Canadians got some key baskets from its veteran players late in the game, going up by 10 and securing the win.

Nurse once again led Canada in scoring, putting up 14 points while Nayo Raincock-Ekunwe had nine. Canada will look to improve its shooting on Friday, which went just 4/19 from three-point territory.

Canada was coming off a come-from-behind 71-67 victory over Serbia on Monday. The team started off the tournament with a 90-68 win over China.

At London 2012, Canada finished the preliminary round with a 2-3 record, placing them fourth in Group B. They advanced to the quarterfinals where they lost to the United States.