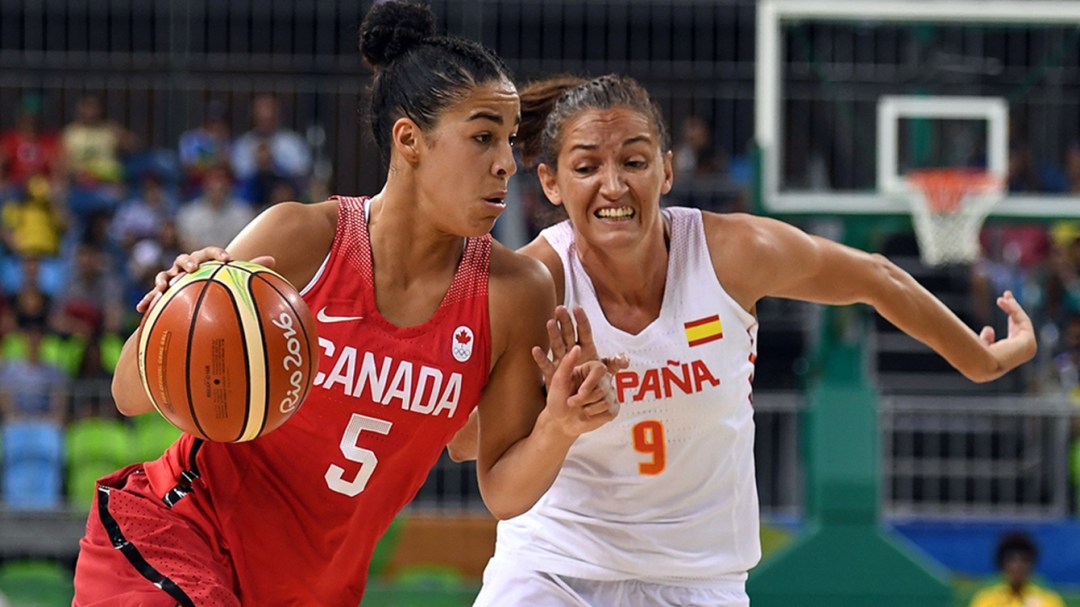 Kia Nurse debuted for Team Canada at the U-16 FIBA Americas Championship in 2011. The next year she starred as a team captain at the U-17 FIBA World Championship, leading the team with 13.6 points per game and helping them to the bronze medal. In her first year with the senior national team in 2013 she averaged 10 points per game at the FIBA Americas to help Canada finish second and qualify for the 2014 FIBA World Championship. As the youngest member of the world championship team, Nurse appeared in all seven games as the Canadian women finished fifth for their best result since 1986.

Nurse had the opportunity to represent Canada again in 2015, taking home gold at both the Pan American Games in Toronto and the FIBA Americas Championship, which qualified the team for Rio 2016. Nurse was Canada’s leading scorer at the Pan Am Games, averaging 13.6 points per game for a total of 68, including an other-worldly 33 points in the gold medal game versus the United States. Her performance led to her being named Canada’s Closing Ceremony flag bearer. She also led the way at the FIBA Americas, averaging 13.0 points per game for a total of 78.

Nurse started all three games of the FIBA Olympic Prequalifying Tournament in 2019 and averaged 15.7 points per game to get Canada into a FIBA Olympic Qualifying Tournament. In February 2020 she helped secure Canada’s third straight women’s Olympic basketball berth by averaging 16 points, six rebounds, and four assists as Canada went 3-0 in Belgium. At Tokyo 2020, Nurse was Team Canada’s leading scorer with 39 points while accumulating the most playing time of anyone on the team, averaging 36.1 minutes per game.

After winning three straight Ontario high school championships, Nurse committed to play with the two-time defending NCAA champions University of Connecticut Huskies. In her first year at UConn she quickly took over a starting back court role and became a significant part of the team’s NCAA titles in 2015 and 2016, earning ACC Freshman of the Year honours in 2015.  She made the final four in her junior and senior years and was named the ACC Player of the Year in 2017 and D1 Defensive Player of the Year in 2018.

Nurse was taken fifth overall in the 2018 WNBA draft by the New York Liberty. She played there for three seasons, making the 2019 All-Star Game before joining the Phoenix Mercury in 2021. She has played two seasons overseas in the Australian WNBL, winning back-to-back league championships with the Canberra Capitals and being named the 2020 league MVP.

A Little More About Kia

Getting into the Sport: Started playing basketball at age 4, growing up around the game with her sister and parents… Outside Interests: Graduated from the University of Connecticut in 2018… Enjoys Netflix and spending time with family and friends… Odds and Ends: Favourite motto: “Respect All, Fear None”… Brother, Darnell Nurse, plays in the NHL with the Edmonton Oilers…