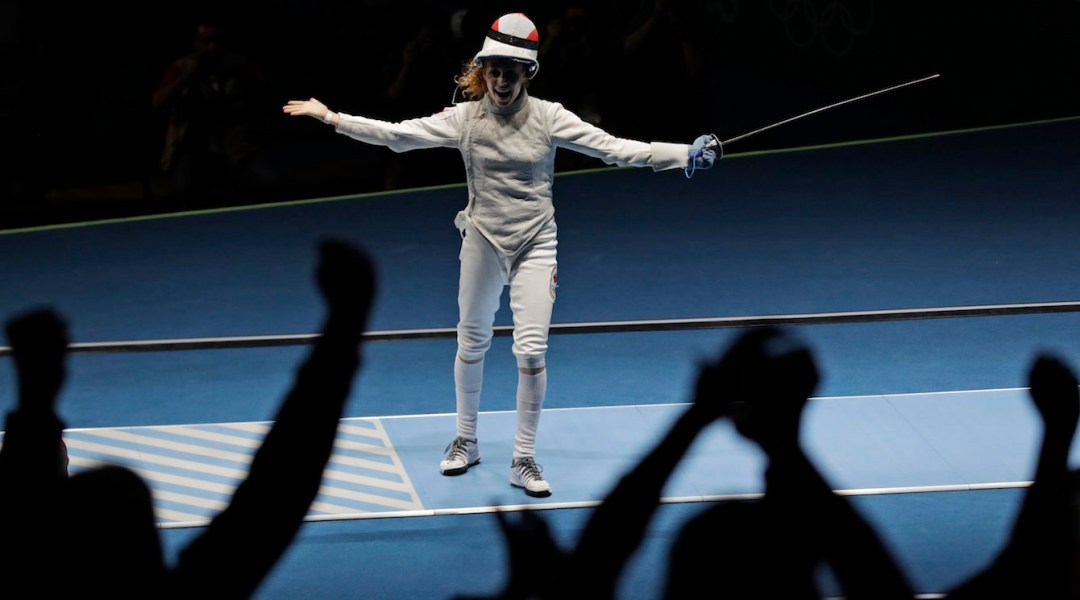 Canada’s Eleanor Harvey achieved a major upset on Wednesday in the women’s individual foil event when she defeated the world’s number ranked fencer to advance to the quarterfinals. 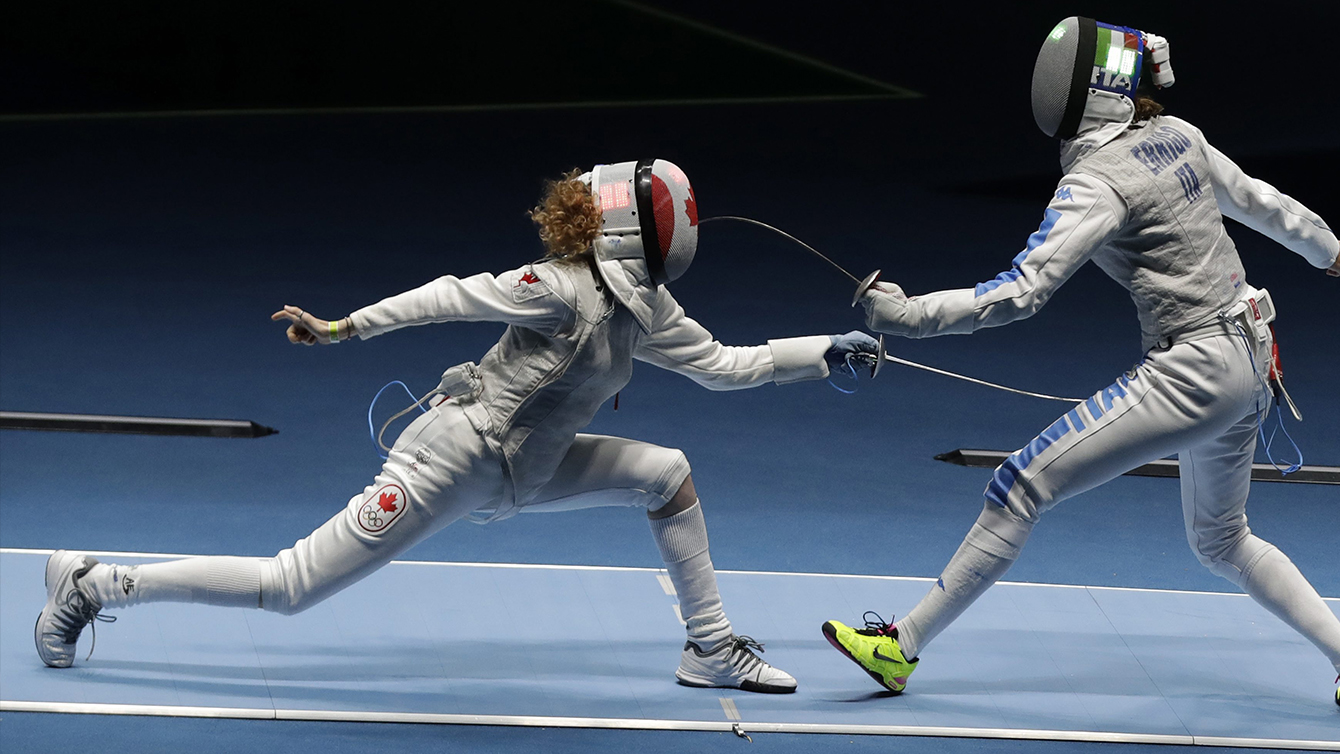 The first period of their bout swung from one side to the other as Harvey went down 10-5 before earning six unanswered points to take the lead into the second period. There, she struck first, scoring four points to Errigo’s one to reach the 15-point mark first to take the victory.

In the quarterfinal against Tunisia’s Ines Boubakri, ranked ninth in the world, Harvey ended the first period down 7-4. In the second period, she found herself in an even larger deficit, as Boubakri went up 12-6 before Harvey scored six hits of her own to tie it at 12. They went to the third period with Harvey trailing 13-12. Boubakri and Harvey each traded touches before Boubakri got the winner, moving on with a 15-13 victory. 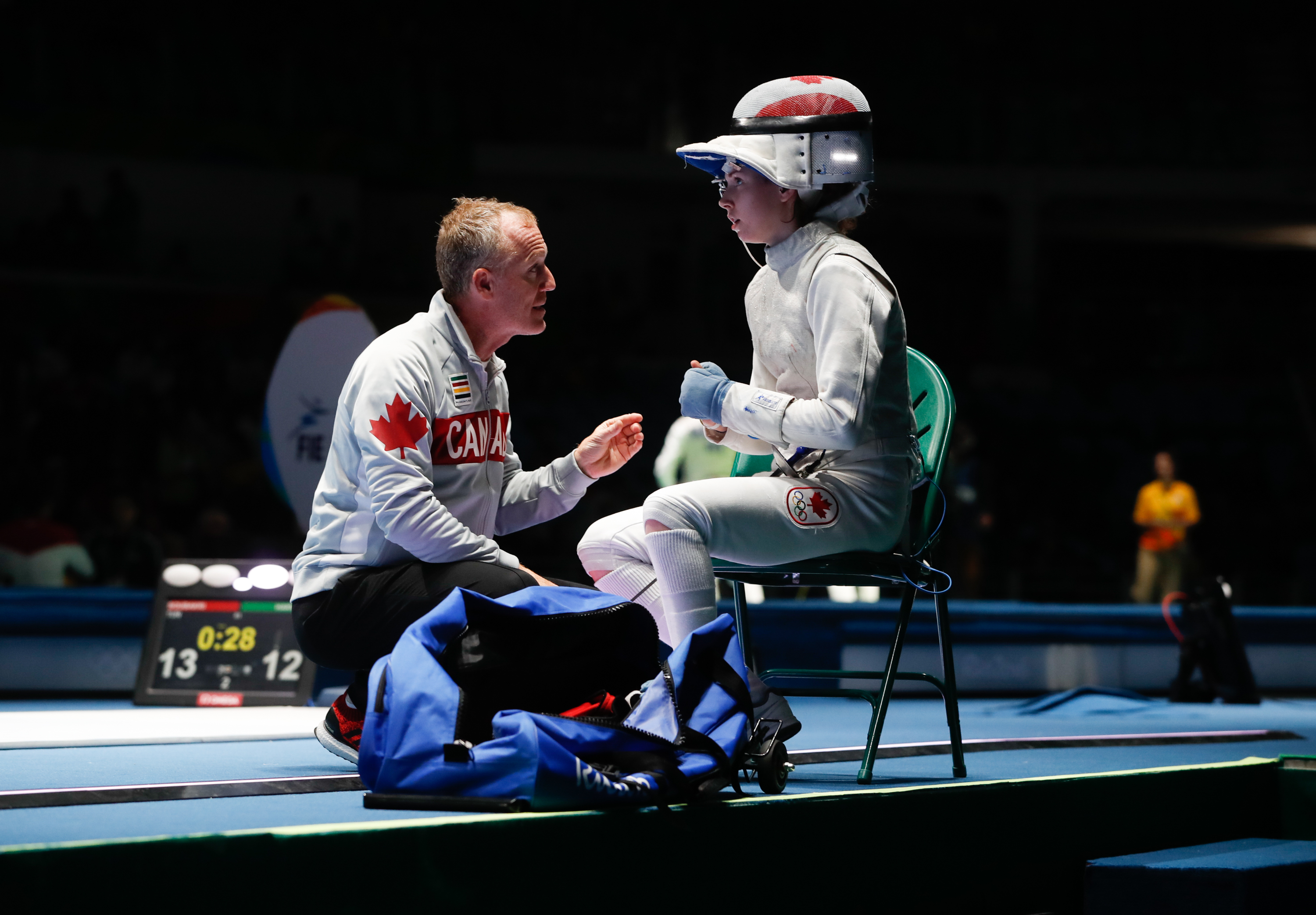 Eleanor Harvey sits between periods of her quarterfinal bout of the women’s individual foil at Rio 2016 (Photo: Mark Blinch/COC, August 10, 2016)

“(I did) better than most people expected,” Harvey said afterwards. “Top eight is pretty good, but it sucks to lose by two points to go into the top four. It’s my first Olympics so it’s okay. I’ll be back, but it still sucks.”

By virtue of making it to the last eight (and finishing seventh overall), Harvey earned Canada’s best ever placement in the event, surpassing the 14th place finish by Thalie Tremblay. That’s especially impressive considering Canada has been competing in women’s individual foil since Los Angeles 1932. Canada’s previous best result in any individual fencing event was Sherraine Schalm’s ninth place finish in the women’s individual epee at Beijing 2008.

Just 21-year-old, Harvey was a two-time silver medallist at the world junior championships in 2014 and 2015.