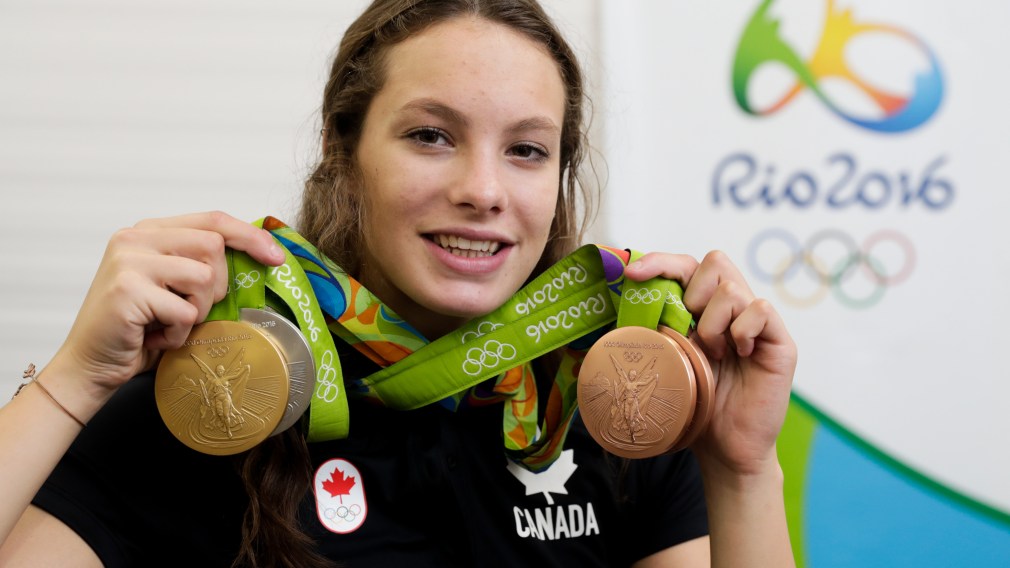 As the crowd filed out of the Olympic Aquatics Stadium late on Saturday night (actually early Sunday morning), the final medal standings for swimming at Rio 2016 were displayed. There was Canada, on the first page, with six medals won.

It was a number that was inconceivable to most observers before the Games began.

And yet the medals kept rolling in. 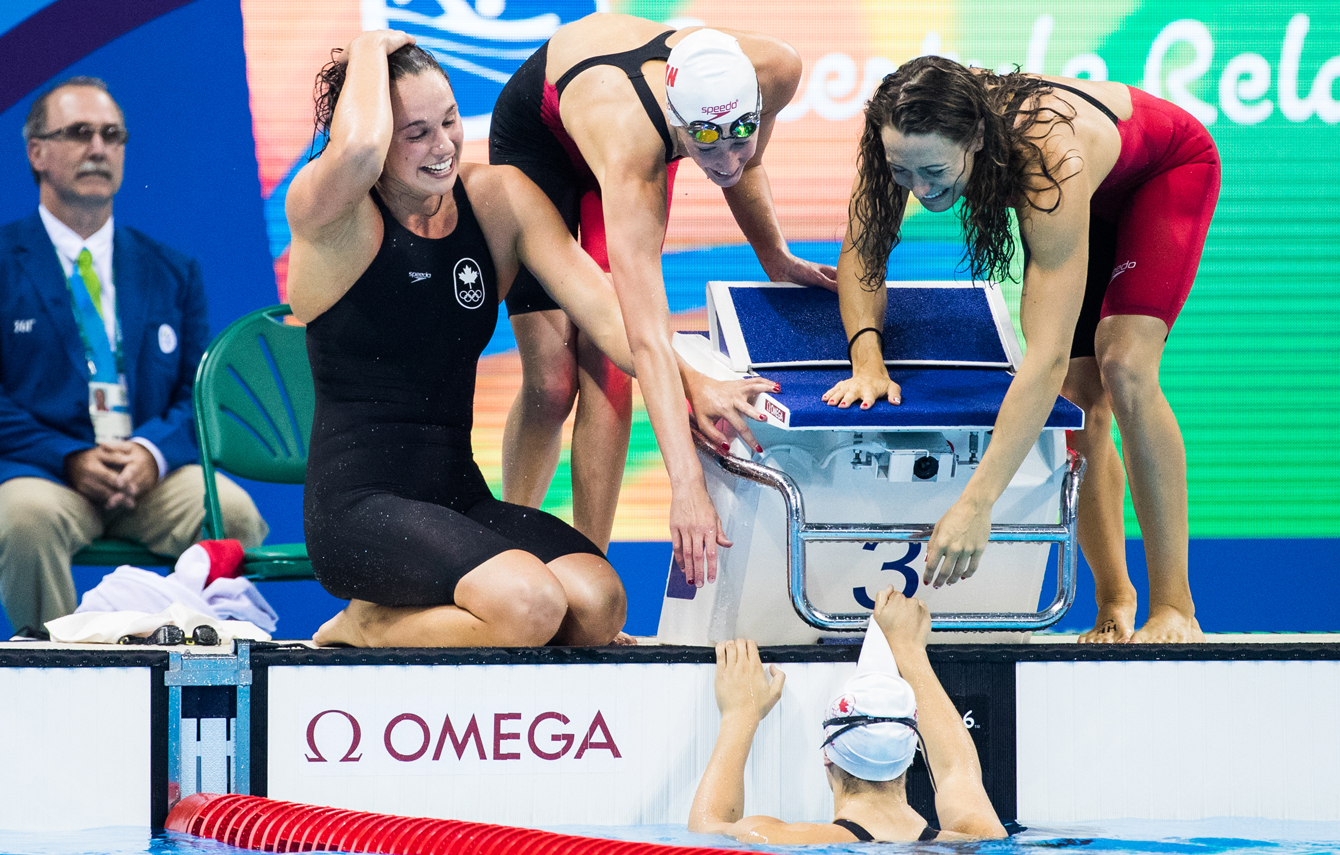 The women’s 4x100m freestyle relay got it started on Day 1 with a bronze, making Penny Oleksiak and Taylor Ruck the first ever Olympic medallists born in the 21st century.

A night later Oleksiak stood on the podium alone with a silver medal in the 100m butterfly.

On Day 3 it was Kylie Masse’s turn, tying for bronze in the 100m backstroke. 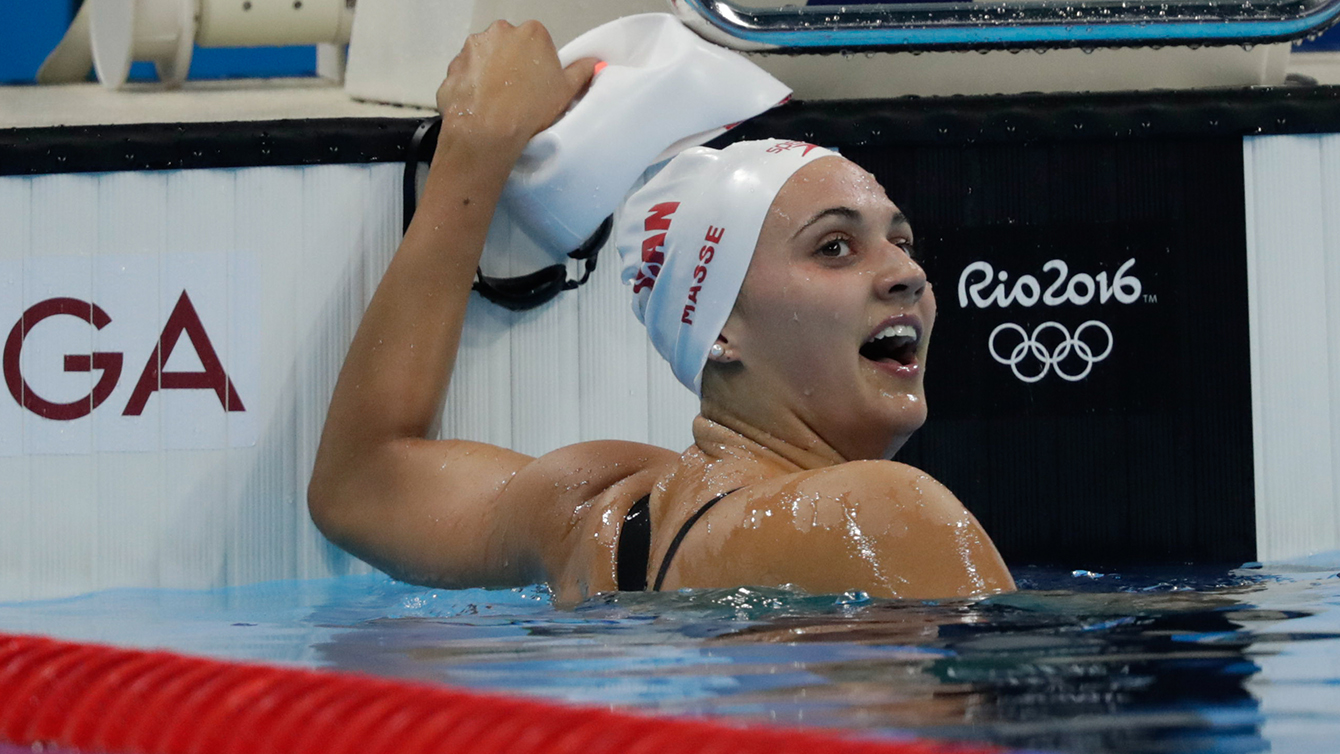 Then on Day 6, Canada got its first gold medal of the Games as Oleksiak tied for the win in the 100m freestyle in Olympic record time. It was hard to get a handle on the historic implications. First Canadian athlete to win four medals at a single summer Games. Tying the great Victor Davis as Canada’s most decorated Olympic swimmer ever. Canada’s first Olympic champion in swimming since Barcelona 1992. The first female Canadian to earn that title since Los Angeles 1984. At 16 years and 59 days old, she was Canada’s youngest Olympic gold medallist ever. 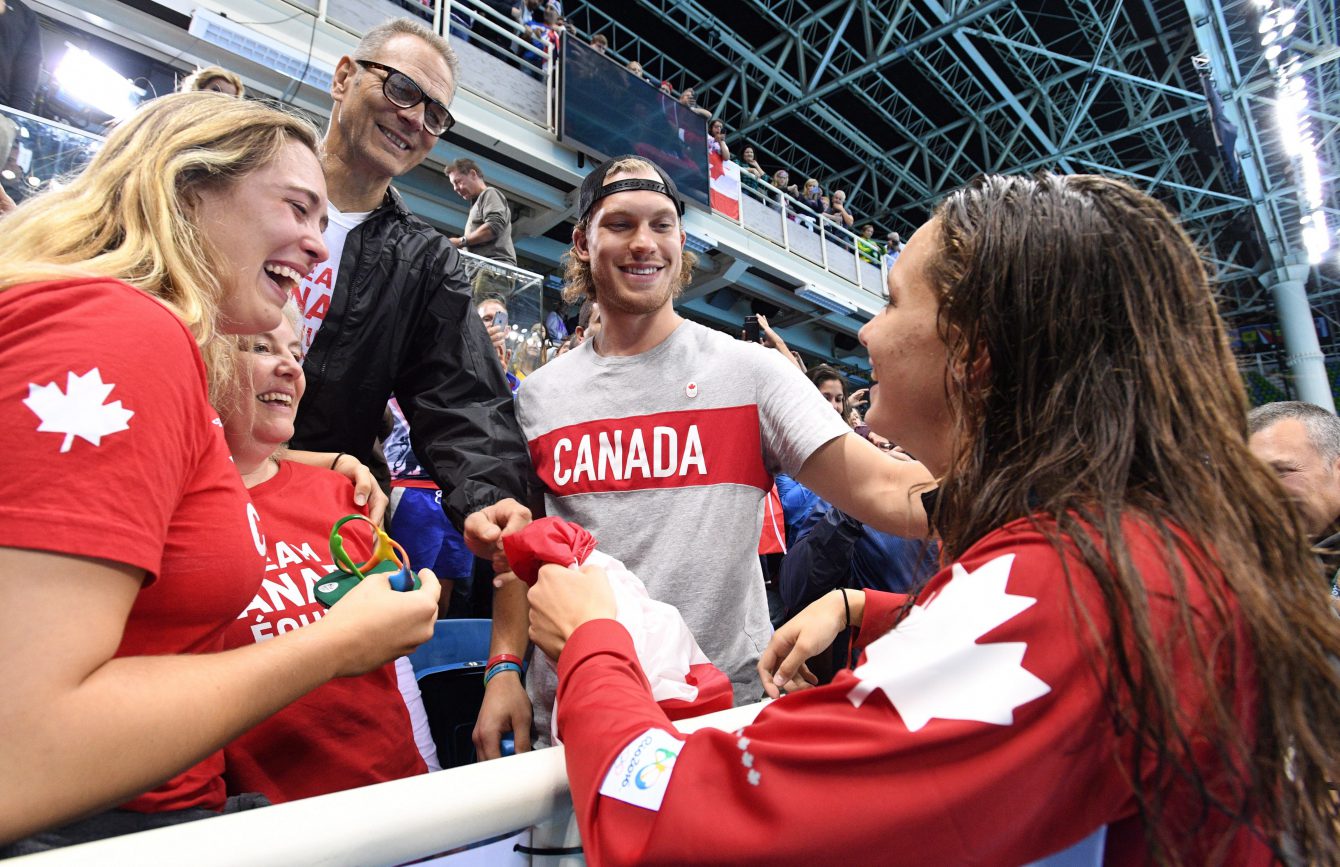 And the pool party didn’t stop there as Hilary Caldwell, who had waited patiently for her race day to arrive, won bronze in her only event, the 200m backstroke the very next night.

Six medals. The same number as China and Great Britain. Only four behind Australia.

All by the women. 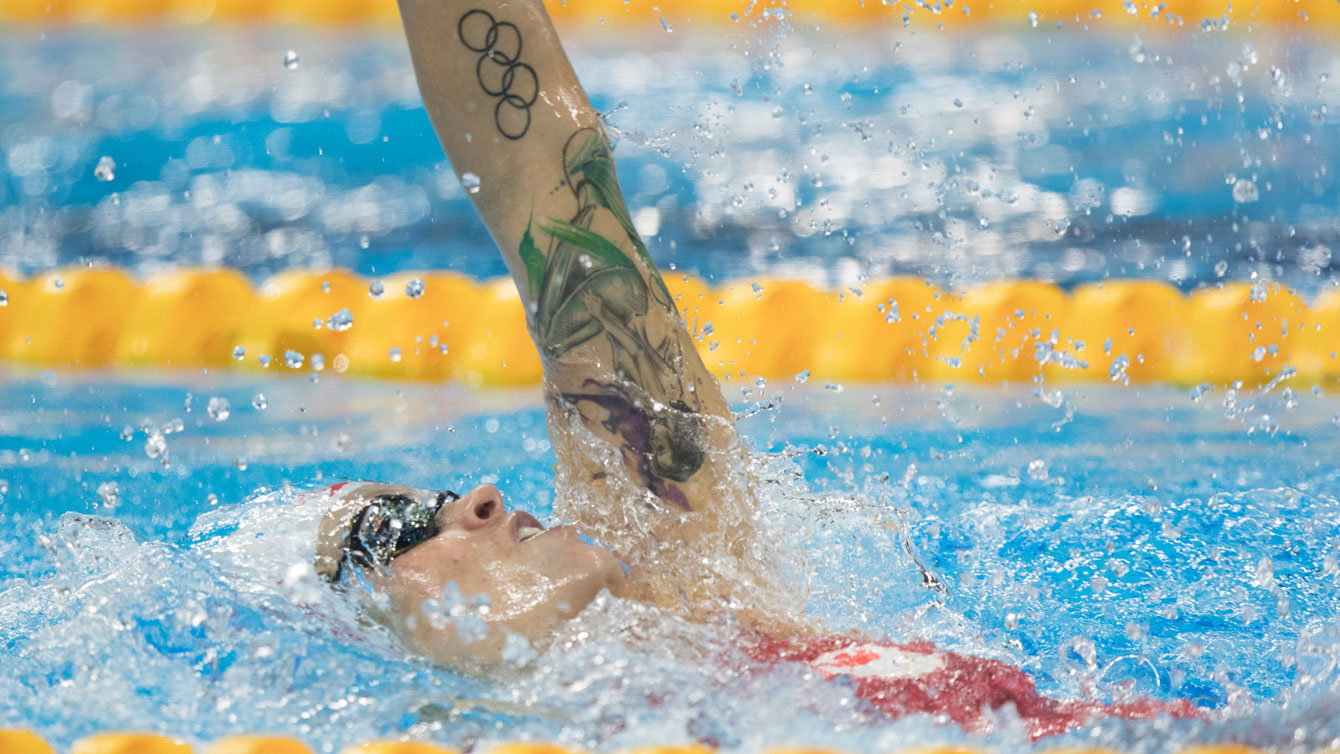 Along with the youngins Oleksiak, Ruck and Masse, there were rewards for the more veteran team members Caldwell, Sandrine Mainville, Chantal Van Landeghem, Michelle Williams, Katerine Savard and Brittany MacLean. Emily Overholt stepped up as a late fill-in for an under-the-weather MacLean in the 4x200m prelims, which also featured Kennedy Goss, who with her father Sandy, formed Canada’s first ever father-daughter combo of Olympic medallists.

Canada named 19 female pool swimmers to the team for Rio 2016. Eleven are heading home with hardware. 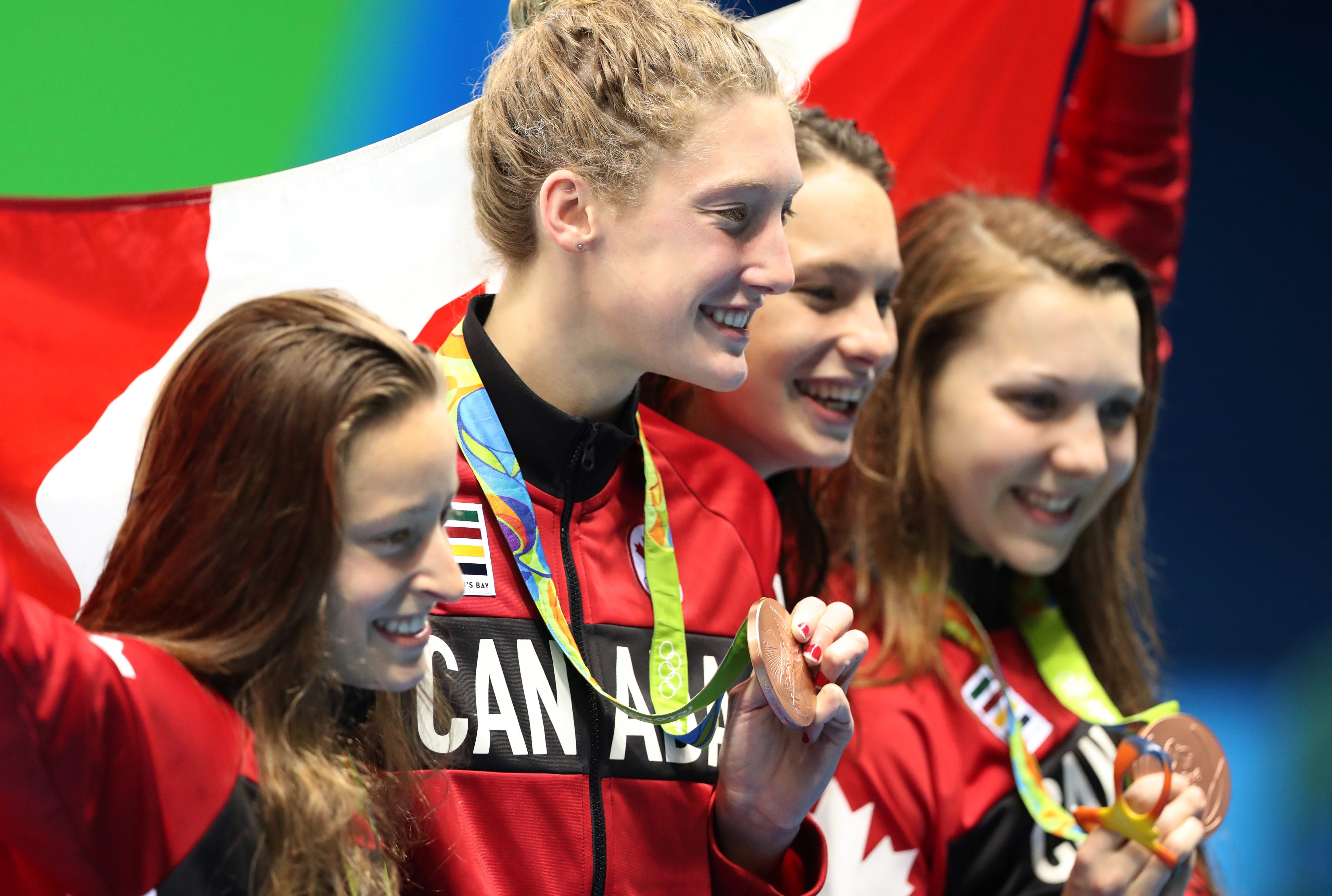 The Canadian team holds up their bronze medals after the women’s 4x200m freestyle relay during the swimming competitions at the 2016 Summer Olympics, Thursday, Aug. 11, 2016, in Rio de Janeiro, Brazil. (AP Photo/Lee Jin-man)

It’s been decades since Canadian swimmers enjoyed this kind of Olympic success. The most ever won was the 10 at the boycotted Los Angeles 1984. Next best was the eight at Montreal 1976. And then there is Rio 2016.

The medals don’t even tell the whole story. There were Canadians in 15 different finals, providing excitement on each night of action in the biggest sport during the first week of the Games. Four years ago at London 2012, the number was less than half. Back then it only produced two medals, a silver by Ryan Cochrane and a bronze by the now-retired Brent Hayden. Four years before that, Cochrane became the savior of the swimming program when as an Olympic rookie he won Canada’s only medal in the pool at Beijing 2008. And just four years before that, Canadian swimmers went medal-less.

Remember how close Canada came to Australia’s medal count in Rio? At Athens 2004, the Aussies won 15 to Canada’s zero.

The times they are a changing. 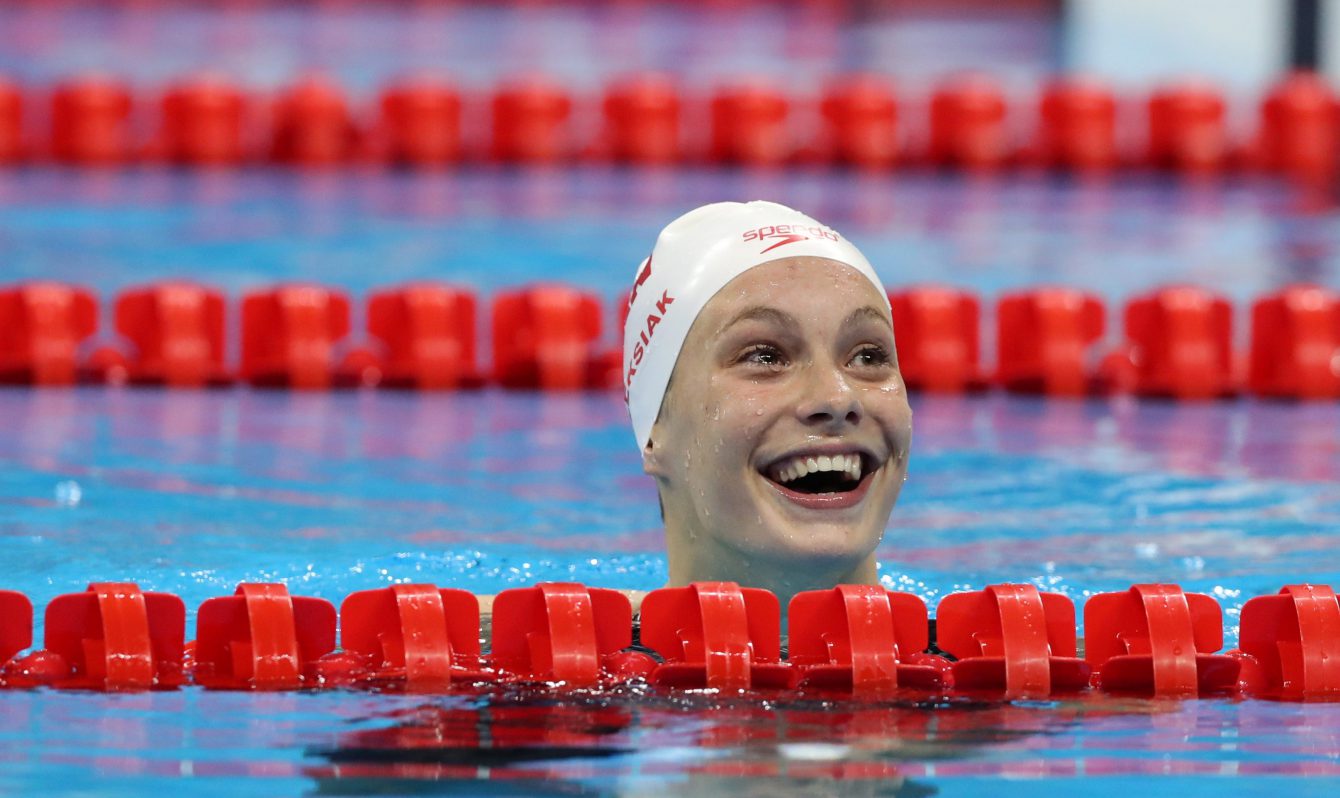 There were also some extremely close calls this week. Santo Condorelli finished fourth in the 100m freestyle by a mere 0.03 of a second. Rachel Nicol was fifth in the 100m breaststroke. And Oleksiak almost tied as Canada’s most decorated summer Olympian ever but for the fifth place finish in the 4x100m medley relay to close the meet.

Longtime leader Cochrane may have been disappointed with his own sixth place finish in the 1500m freestyle but was able to recognize the impact his last-day medal in Beijing has had.

“It makes my medal seem significant, seeing what Penny has done this meet alone. For years and years we’ve talked about winning. This team was here to win medals. It’s pretty fantastic to see we have caught up.”

A closer look at Canada’s swimming success at Rio 2016
Getting vertical: The highest jumps in sport
Shuttlecock and balls: The fastest moving objects in sport
Parrot wins gold at FIS big air World Cup in Austria
Korea 101: Korean Customs and Traditions
What are the differences between baseball and softball?