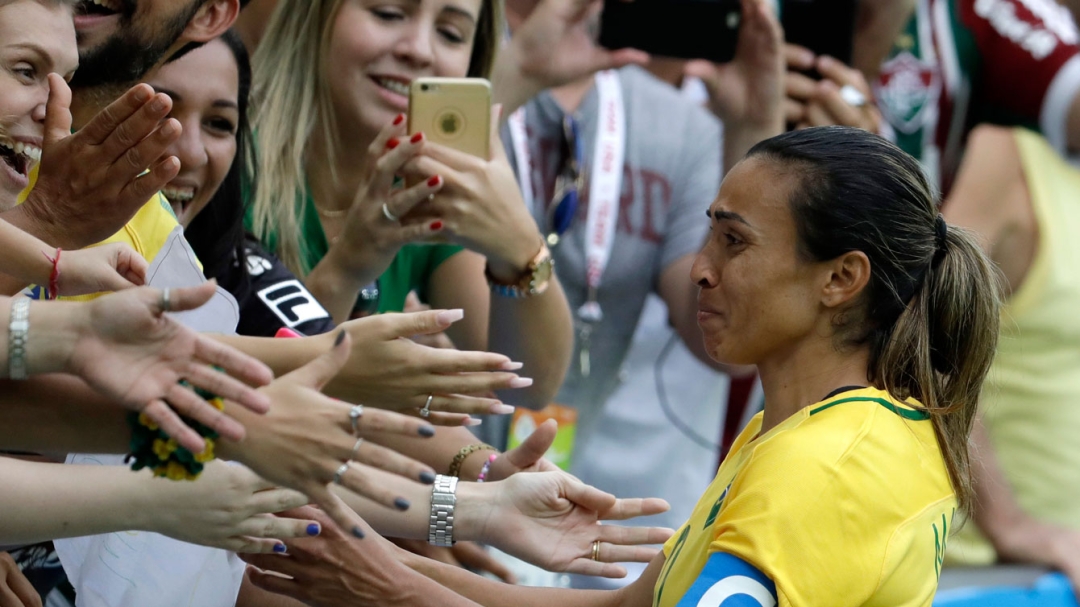 For the second consecutive Games since London 2012, Canada will play for an Olympic bronze medal in the women’s football tournament.

The Rio 2016 third-place match will be against Brazil on Friday, at Corinthians Arena in Sao Paulo. This will be another tough match for the Canadian team, since the host squad is quite strong – eighth in FIFA women’s rankings, featuring the five-time world player of the year Marta – and will enjoy home support from the bleachers.

Here are five Brazilian players to watch at the medal match standing in Canada’s way to successive Olympic football podiums. 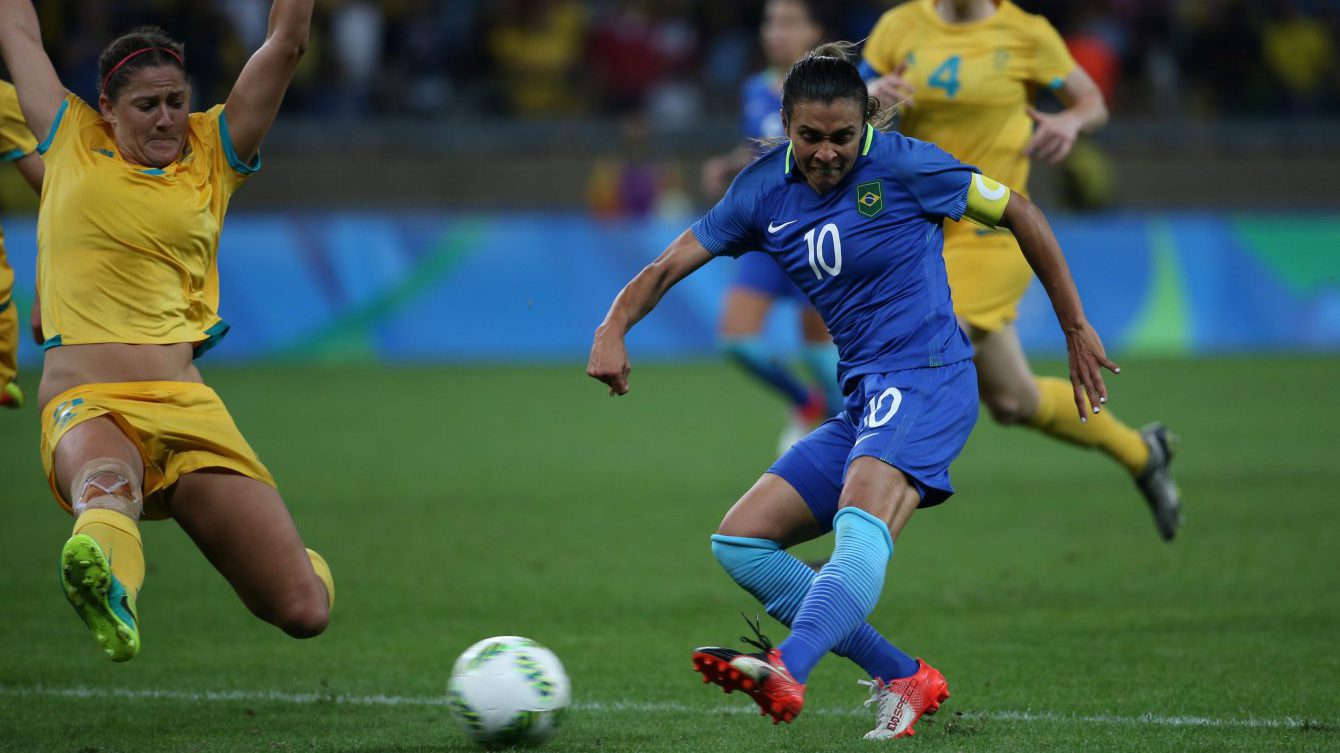 Named FIFA World Player of the Year five consecutive times between 2006 and 2010, Marta is the main draw for Brazilian women’s football. The 30-year-old forward was a member of Brazil’s team in the silver medal campaigns at Athens 2004 and Beijing 2008. With 15 goals, she holds the record for most scored at FIFA Women’s World Cup tournaments. And guess who is the all-time top-scorer of all Brazilian national teams? If you guessed Pelé, Romário or Ronaldo, you are wrong. Marta holds this record with 101 goals. 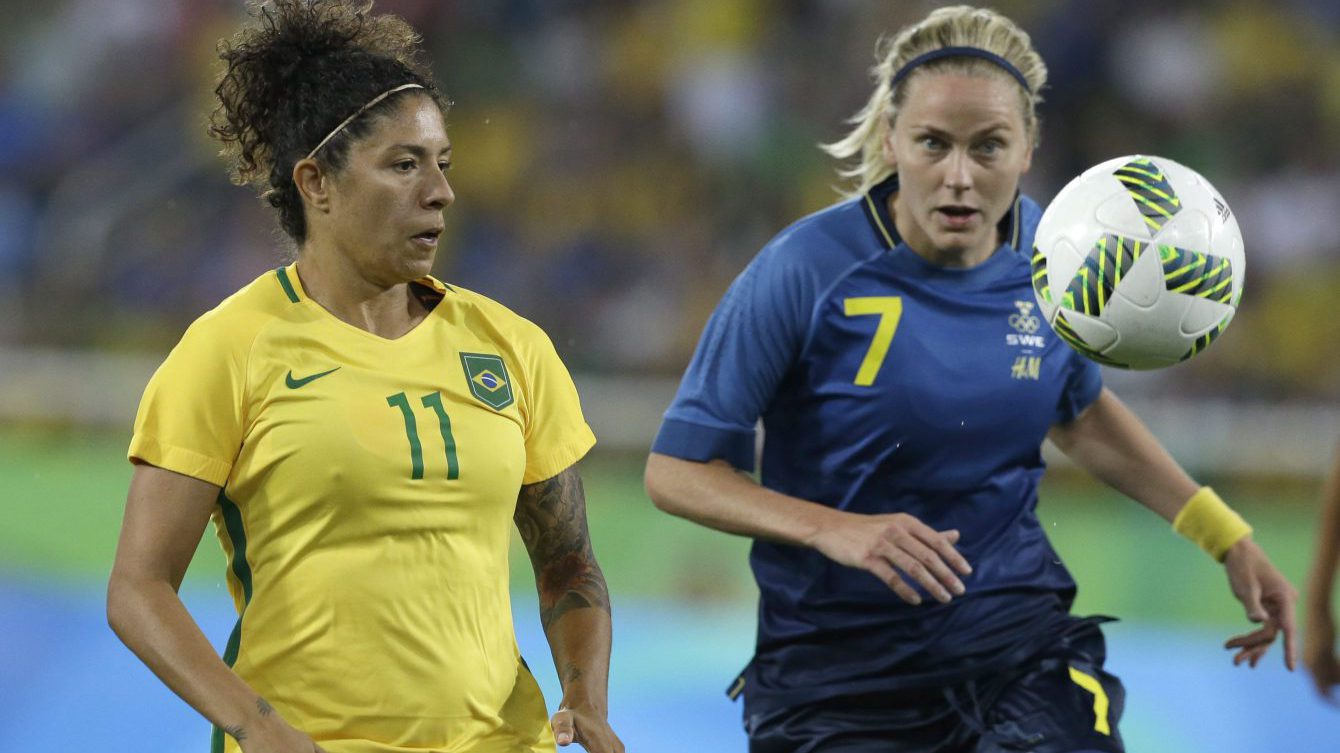 Cristiane (left) fights for the ball with Sweden’s Lisa Dahlkvist during a group E match of the Olympic football tournament. (AP Photo/Leo Correa)

Although she lost one of Brazil’s penalty kicks during shootouts in the semifinal match against Sweden, forward Cristiane is another essential piece of the team. Also part of the Olympic silver medal teams of 2004 and 2008, the Paris Saint-Germain player has participated in four FIFA Women’s World Cups and four editions of the Olympic Games. Cristiane also holds the title of the all-time best-scorer at the Olympic Games – women’s and men’s football – with 15 goals. 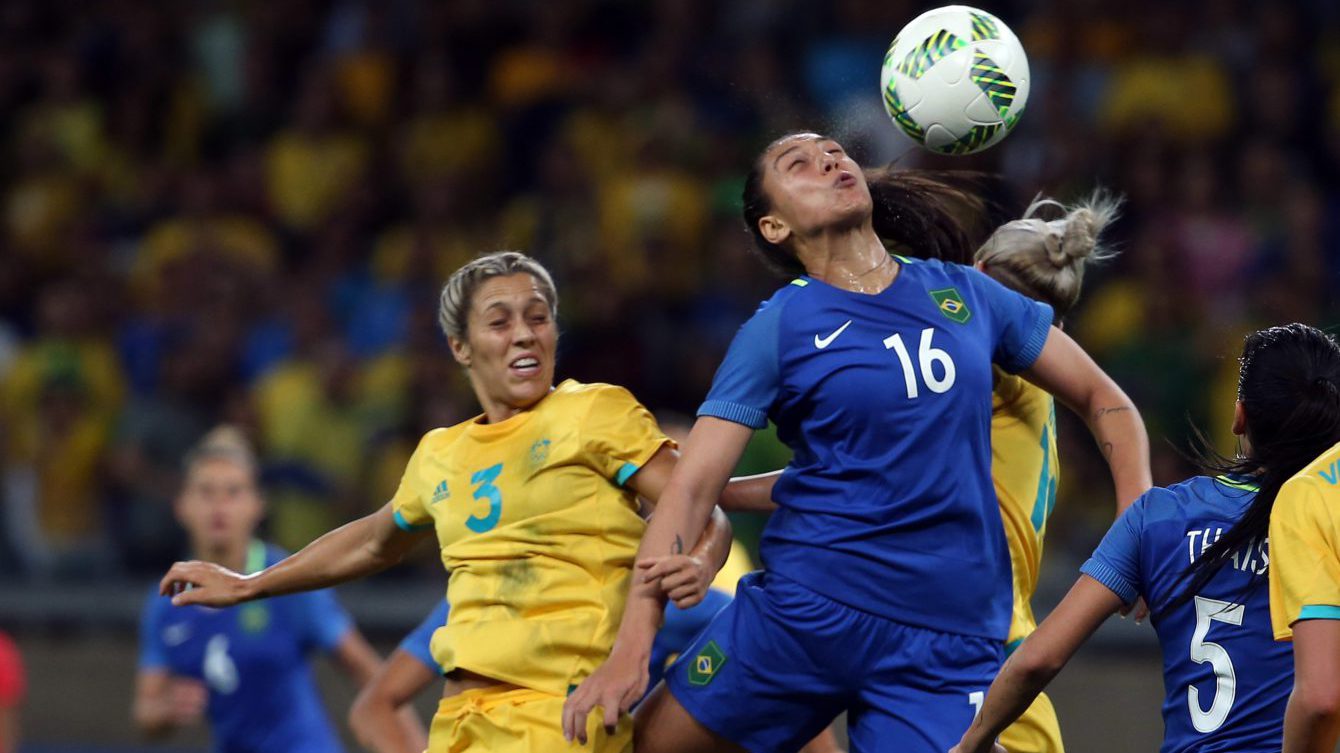 Bia jumps for a header past Australia’s Katrina Gorry during a quarterfinal match of the women’s Olympic football tournament. (AP Photo/Eugenio Savio)

Bia Zaneratto is one of the new faces in a team of veterans. The 22-year-old is making her debut at the Olympic Games and has been delivering impressive performances at Rio 2016. Bia scored two goals in Brazil’s 5-1 win over Sweden in the preliminary stage of the tournament. Along with Marta and Cristiane, she is an offensive threat for Brazil. 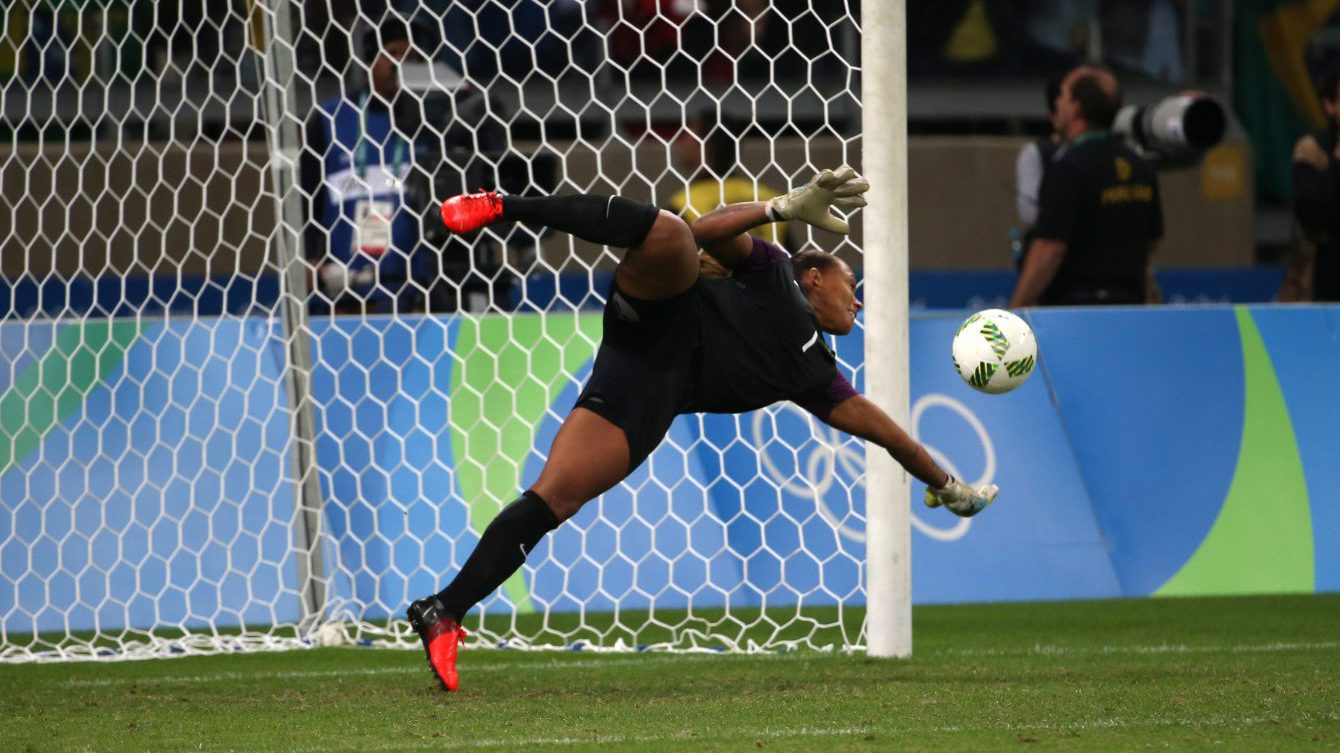 Barbara makes a save on a penalty shootout kick by Australia’s Alanna Kennedy during a quarter final match. (AP Photo/Eugenio Savio)

The 28-year-old goalkeeper is another veteran on the host team. She has been part of her country’s squad at three editions of the FIFA Women’s World Cup and at two Olympic football tournaments, including Beijing. Bárbara was one of Brazil’s highlights in quarterfinals’ victory over Australia, when she made crucial saves in the penalty kicks to lead Brazil to the semifinals. To many she is an inspirational athlete who worked her way up, overcoming major personal and professional challenges. 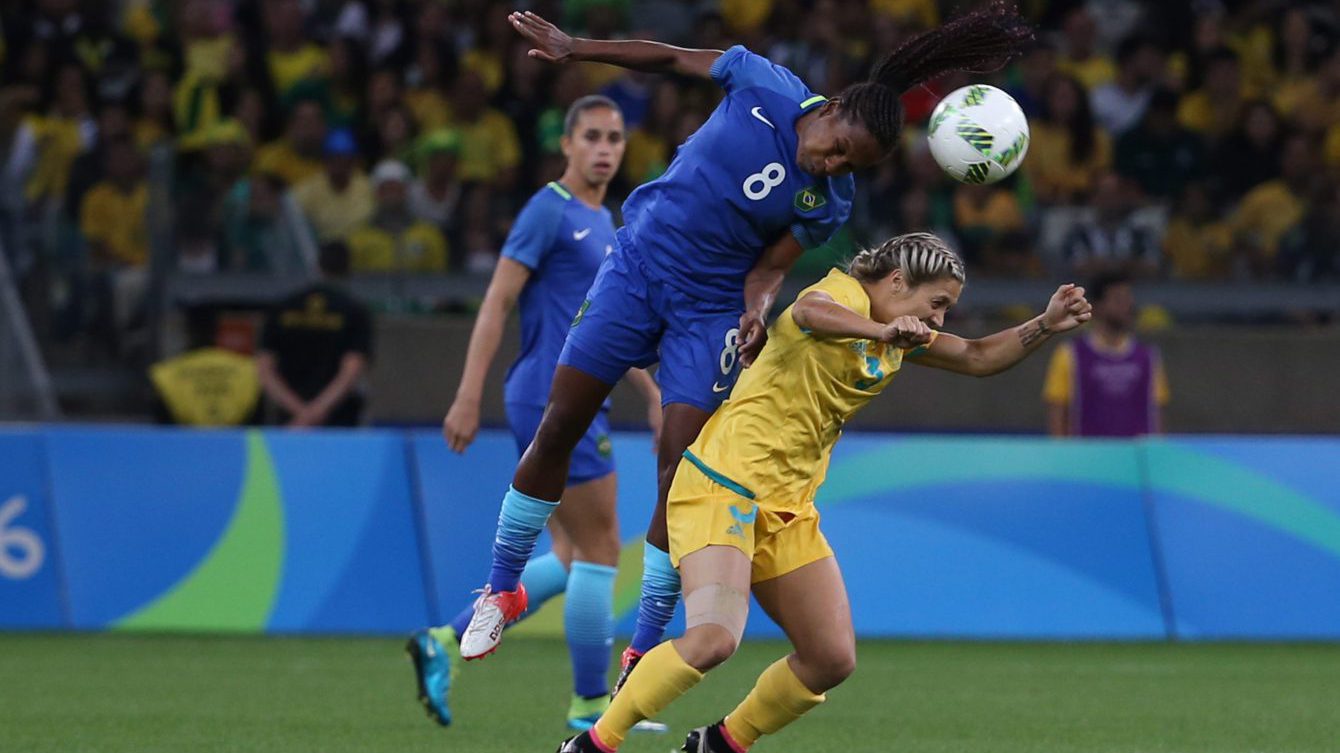 Formiga, left, jumps for a header over Australia’s Katrina Gorry during a quarterfinal match between Brazil and Australia. (AP Photo/Eugenio Savio)

The defensive midfielder Formiga is an experienced footballer, especially in terms of Olympic Games. The 38-year-old is the only Brazilian player present in all Olympic Games tournaments since women’s football was added to the program, at Atlanta 1996. Formiga also shares with Japan’s Homare Sawa a record six appearances at the FIFA Women’s World Cup. She is also the Brazilian player – including men – with most appearances on the Brazilian football team (155 matches).