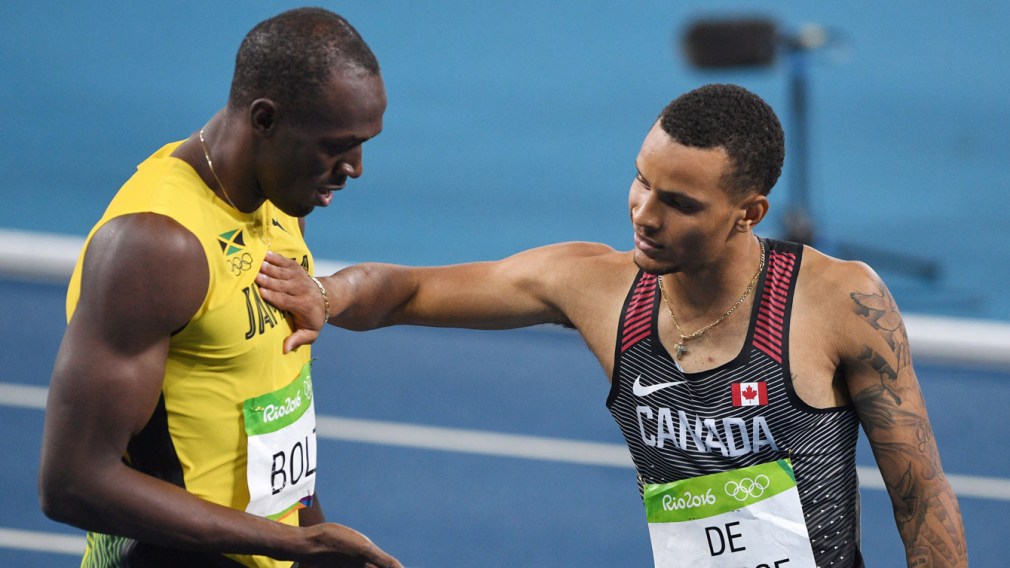 Seemingly every Canadian was thrilled with Andre De Grasse’s silver medal in the 200m final on Thursday night.

Except, that is, for De Grasse himself.

“I’m a little bit disappointed, I think I could have ran a little bit faster,” said the 21-year-old sprinter, after winning his second medal in Rio. “(In the semifinals) I ran a personal best, having fun.”

RELATED: De Grasse gets the silver 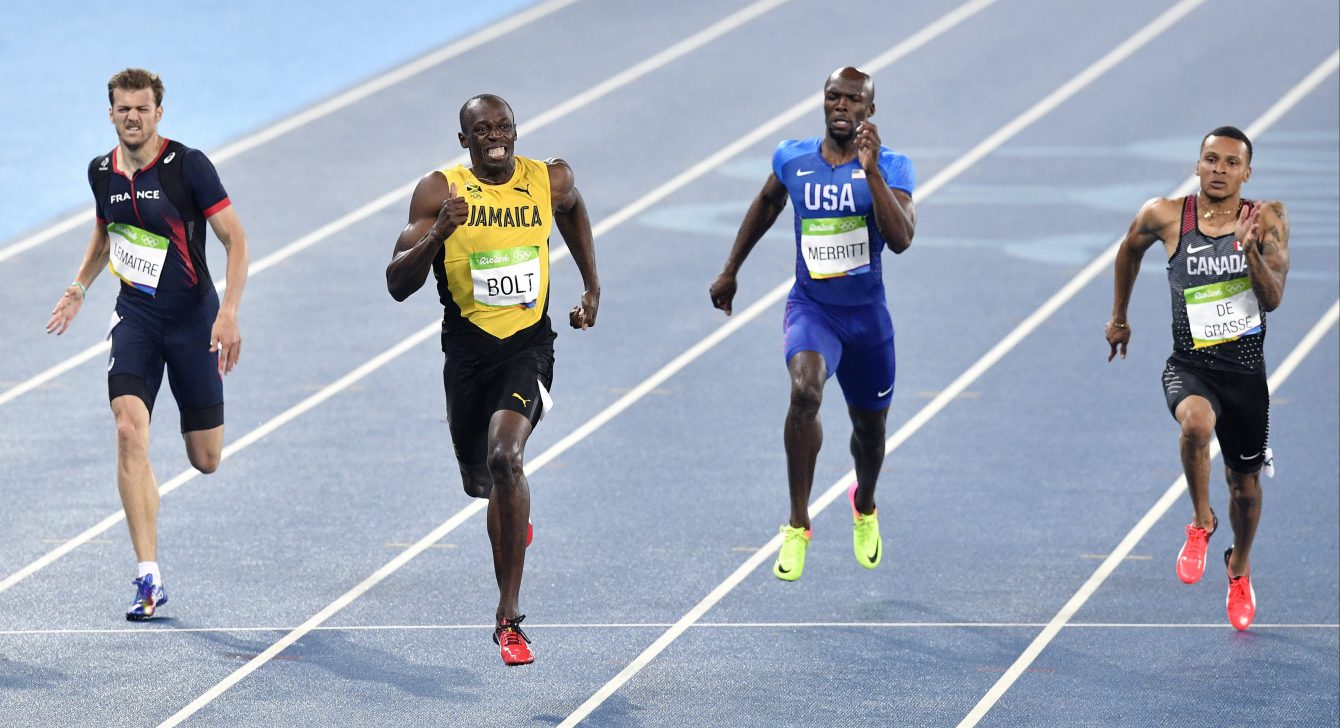 The entire world saw the fun De Grasse had in Wednesday night’s semi, as he and Usain Bolt exchanged smiles with one another as they crossed the finish line together.

The friendly rivalry between Bolt—perhaps the greatest sprinter of all time—and the up-and-coming Canadian has been one of the big storylines of these Games.

That rivalry ramped up during the semifinal, when De Grasse sped up in the final stretch, in an attempt to bypass Bolt. The Jamaican held onto first, and De Grasse said there were no hard feelings between the two. 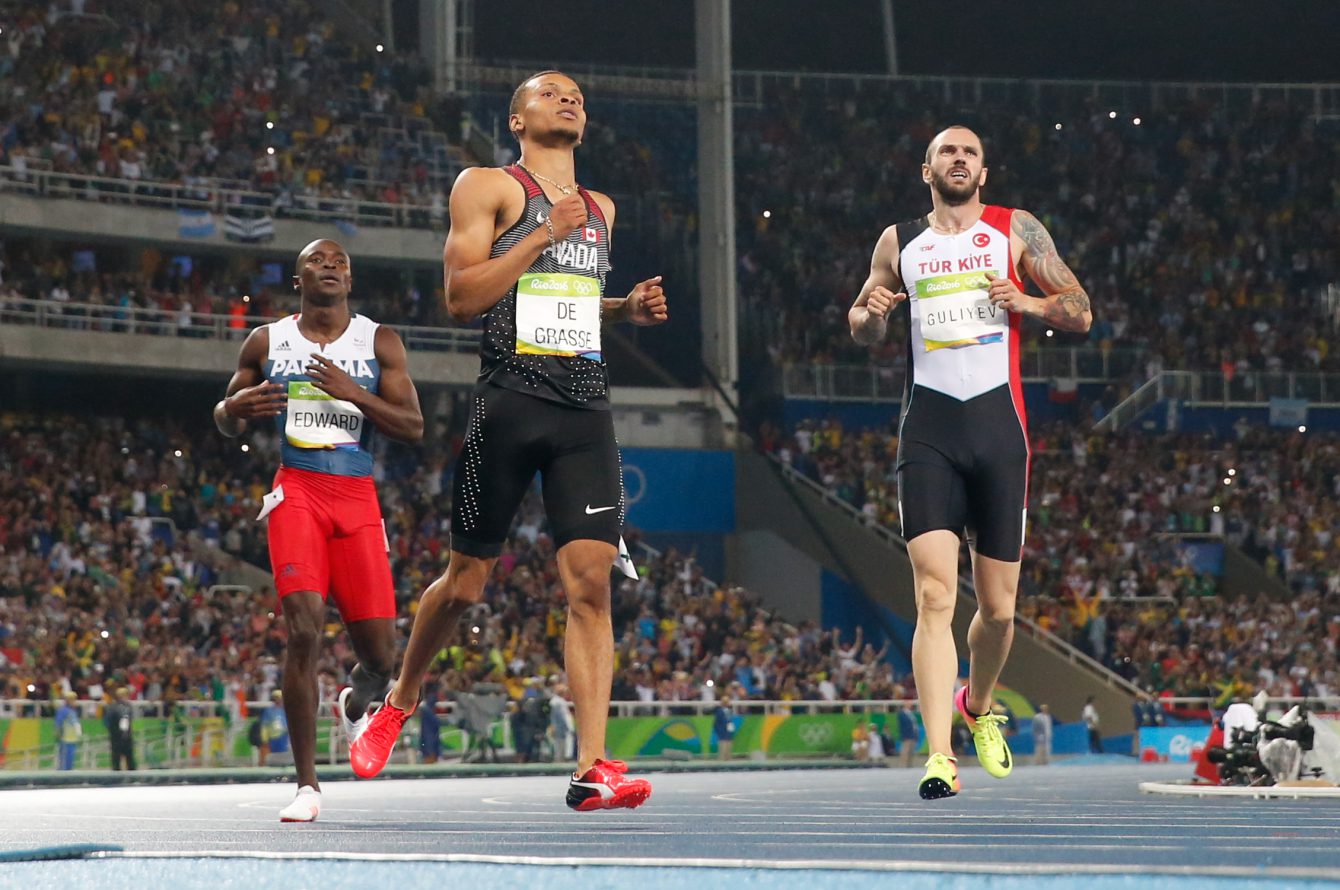 “He was just saying it was unnecessary,” said De Grasse, with a laugh. “He told me, ‘You’re going to learn from that, you’re young’—and I guess I did pay for it (in the final).”

It turns out that Bolt may have been right, as De Grasse went from a 19.80 in the semifinal to a 20.02 in the final. It was enough to claim the silver, though De Grasse had even higher ambitions going into the race.

“I felt like I had a great shot (at gold),” said De Grasse. “(I’m) not sure if I used up too much energy yesterday and didn’t have anything left today.” 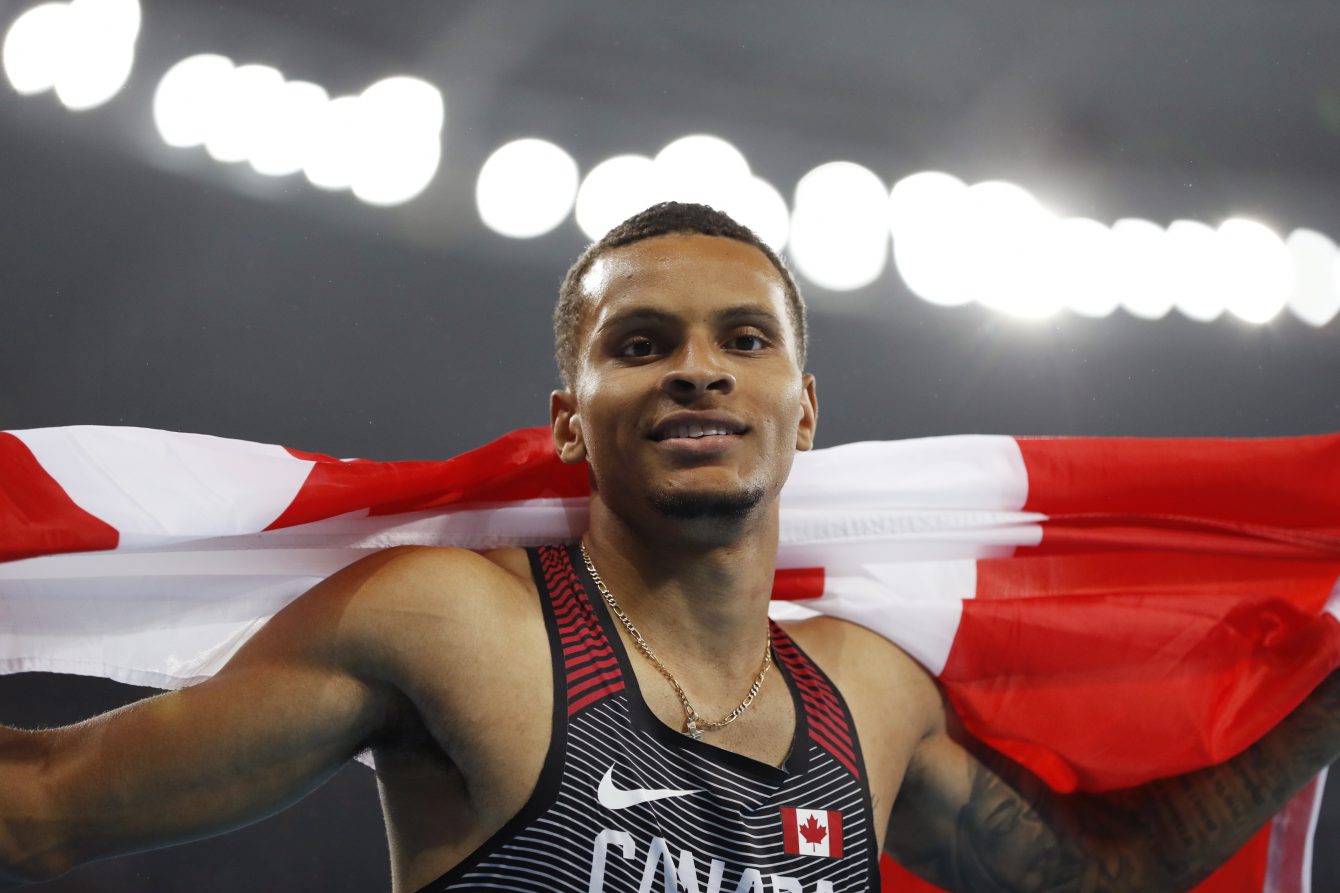 Canada’s Andre De Grasse celebrates with his nation’s flag after earning a silver medal in the men’s 200m final in Rio on August 18, 2016. (photo/ Stephen Hosier)

It was a storybook ending for Bolt, taking part in the final individual race of his unprecedented Olympic career. And while De Grasse is pleased to have been part of this chapter of the story, he plans to write a few chapters of his own in the Olympic history books.

“I love competing against (Bolt); it’s an honour to be part of history with him and what he’s accomplished,” said De Grasse. “But overall, you know, if his time is up, then I guess a new person has to come in there.”

What makes De Grasse’s ascent to the top of the sprinting world even more remarkable is just how quickly it’s all come together. He only got into track and field on a whim in Grade 11, and his meteoric rise caught many observers around the world by surprise. 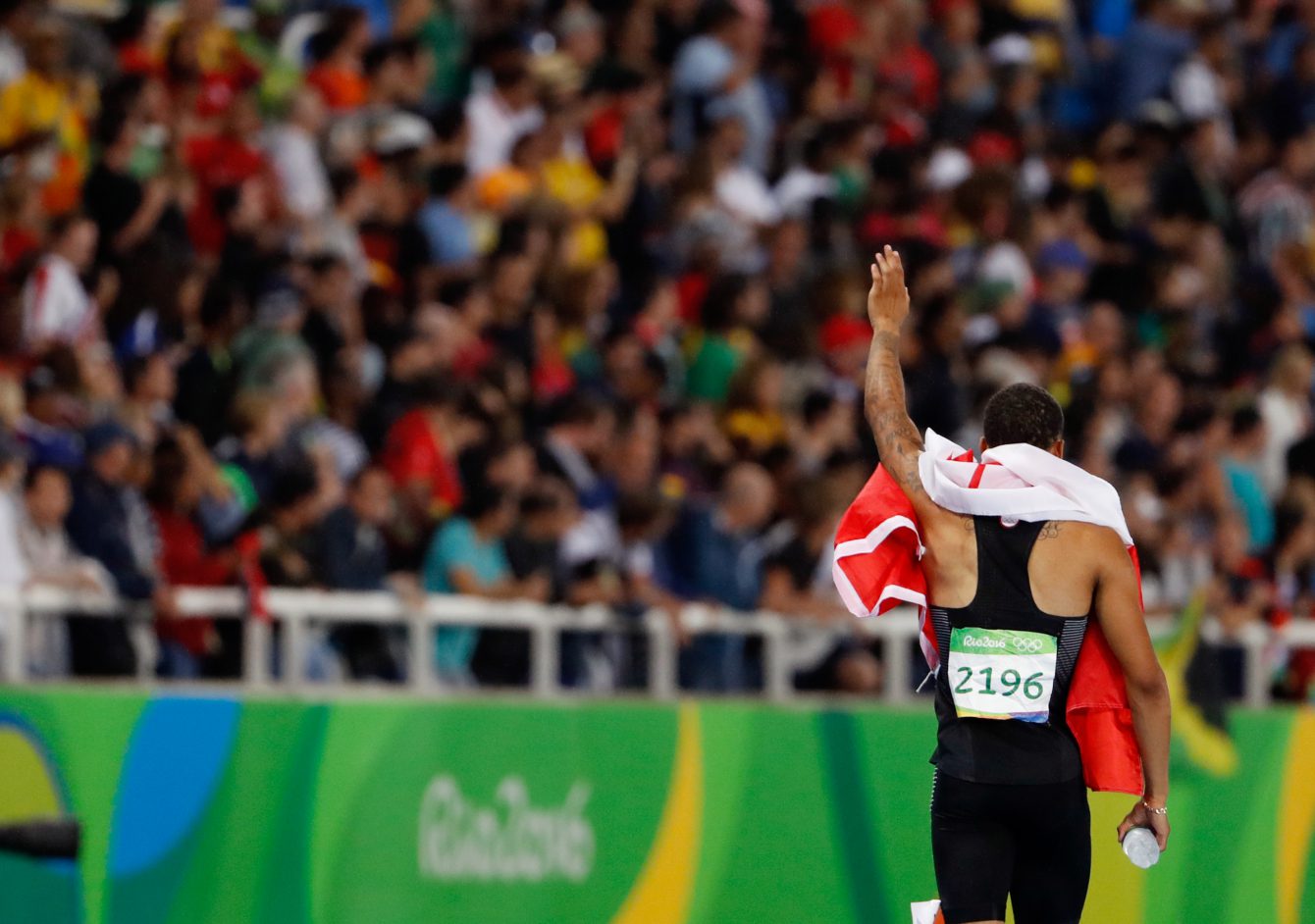 The secret’s out now, however, and De Grasse is already considered a gold-medal contender for Tokyo 2020. And for young Canadian athletes looking to follow in his footsteps, the two-time Olympic medalist (he’ll go for a third with the 4x100m relay team on Friday night) has a simple message.

“Just have fun and don’t take it too seriously,” said De Grasse. “I got a silver medal having fun. (Young athletes) can do the exact same thing if they just continue to work hard and have fun.

“Always have fun and do what you love.”

With report from Camille Wallace