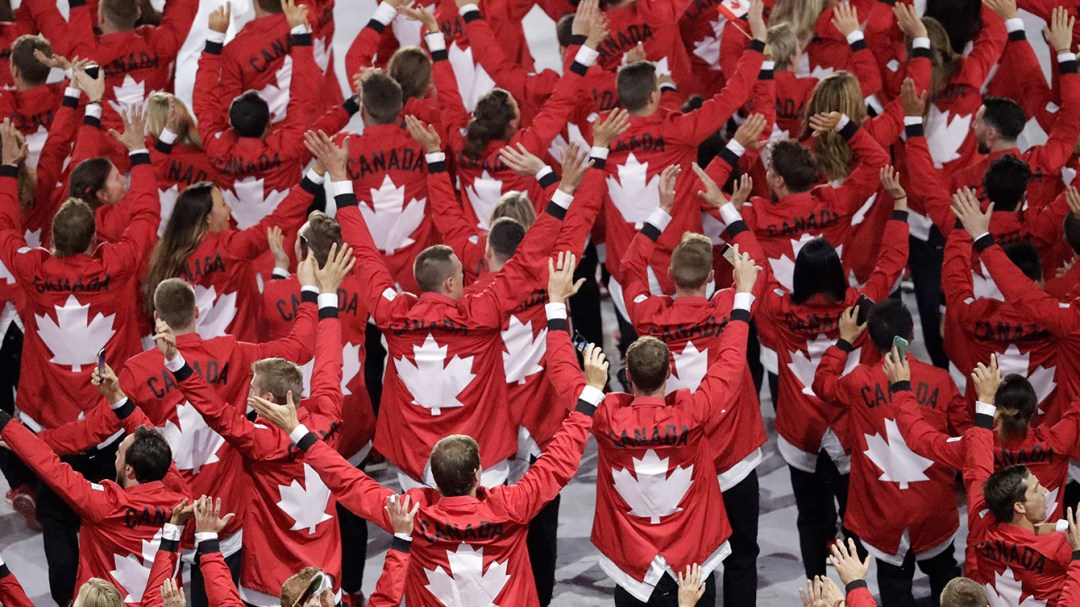 Fall is here, which sadly means summer is gone.

But it’s not all bad as the turn of the seasons means the focus now shifts to Canadian athletes who compete on ice and snow. But before we do, let’s take a look back at some of the spectacular exploits from those who competed when the weather was warm. 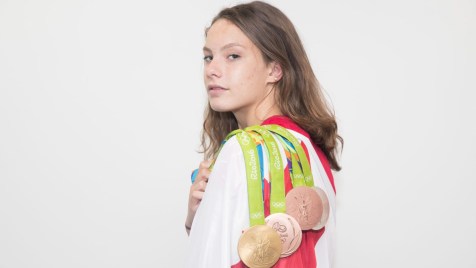 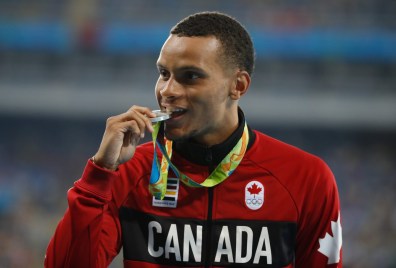 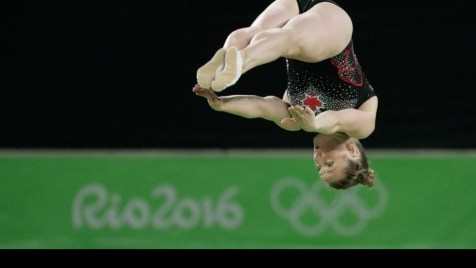 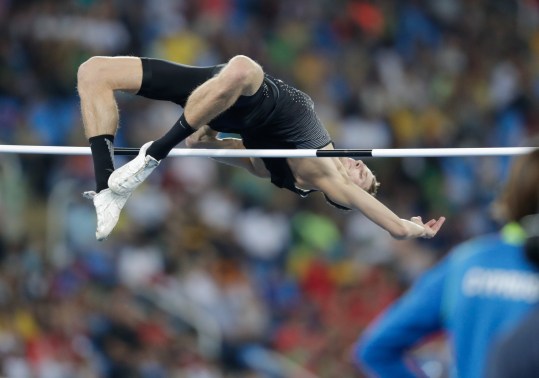 We must of course start with the biggest event of the year where Canadian athletes won 22 medals, highlighted by multiple historic performances. Whether it was Penny Oleksiak becoming Canada’s most decorated athlete ever at a summer Games or Andre De Grasse becoming the first Canadian sprinter to win three medals or Rosie MacLennan successfully defending her Olympic title or the unblemished routes to gold by wrestler Erica Wiebe and high jumper Derek Drouin, there was something to inspire everyone. 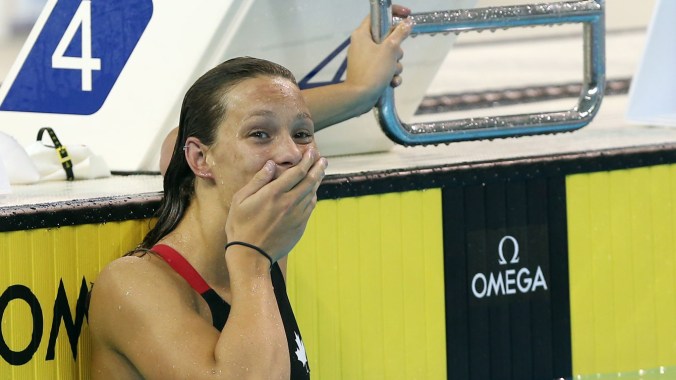 Penny Oleksiak at the 2016 Canadian Olympic Swimming Trials after the 100m butterfly on April 5, 2016 (Photo: Scott Grant via Swimming Canada). 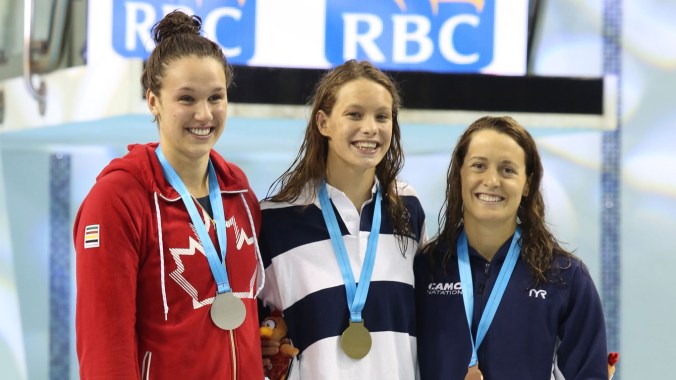 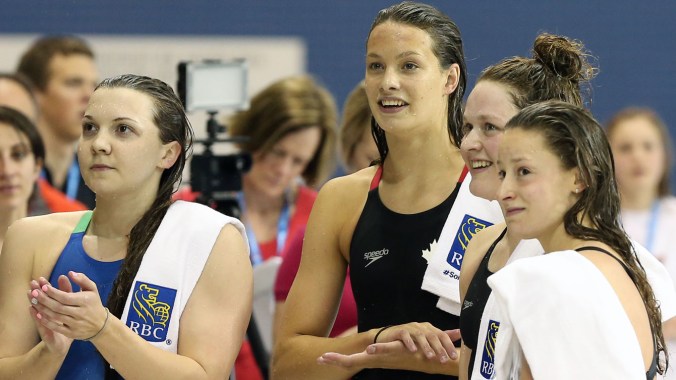 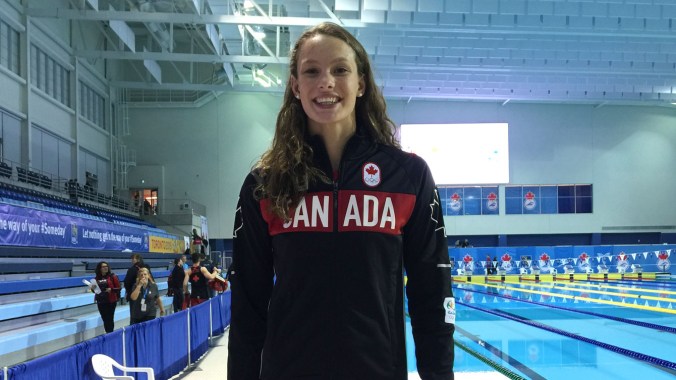 One of the revelations of the Rio Trials, 15-year-old Penny Oleksiak after being named to her first Olympic Team on April 10, 2016.

Before she became a quadruple Olympic medallist and the most famous high school student in Canada, Penny Oleksiak tore up the pool at the Canadian trials in early April. The then-unknown 15-year-old set the junior world and Canadian records in the 100m freestyle and the Canadian record in the 100m butterfly, both events in which she would stand on the Olympic podium, lowering her record marks in the process.

World champion pole vaulter Shawn Barber cemented his spot amongst the world’s elite with his indoor clearance of six metres in January, something only eight men had done before him, as he smashed his own national record.

Olympic bronze wasn’t the only major prize captured by Catharine Pendrel this summer, who returned to the World Cup mountain bike circuit after Rio to lock up her third career overall title in September on the strength of four podium finishes in six races over the course of the season.

Before she competed in the first Olympic golf tournament in 112 years, Brooke Henderson won the KPMG Women’s PGA Championship in a sudden-death playoff in June. She was the first Canadian woman to win a golf major since 1968 and at just 18 years and 10 months old was the second youngest winner of that tournament since it began in 1955, moving her up to second place in the World Golf Rankings, the highest ever achieved by a Canadian, male or female. 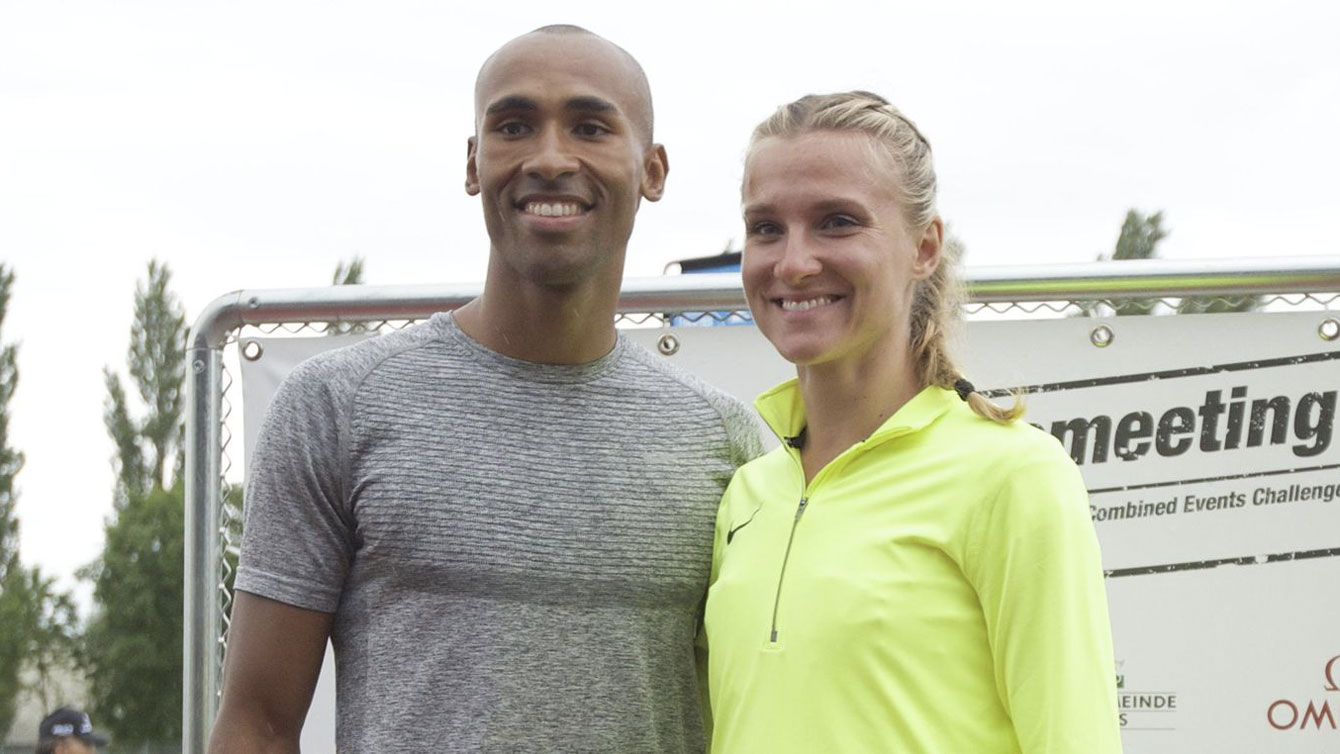 Brianne Theisen-Eaton and Damian Warner both came home from Rio with bronze medals in their respective events, but they’d each achieved other career highlights earlier in the year. In March, Theisen-Eaton won pentathlon gold at the IAAF World Indoor Championships. In May, both Canadians were crowned champions of the prestigious Hypo-Meeting in Götzis, Austria, Theisen-Eaton winning the heptathlon for the third time while Warner won the decathlon for the second time.

The final Sunday at Wimbledon was especially enjoyable for Canadian fans this summer as Milos Raonic became the first Canadian man to compete in a Grand Slam singles final. Although he lost to home favourite Andy Murray in that final, Raonic’s run included a five-set semifinal final victory over Roger Federer and his first ever comeback from two sets down to get into the quarterfinals. Daniel Nestor had his own historic-making moment in January when he became the first doubles player to ever record 1000 match wins.

The bronze in Rio was quite the capper for another stellar season by Canada’s women’s team pursuit squad. In January there was a World Cup gold in Hong Kong, and with it the overall World Cup title, followed in March by a silver at the world championships in London.

Ahead of their bronze medal in the inaugural Olympic rugby sevens tournament, the Canadian women won the World Series event in France to finish the season ranked third overall in the standings, making it clear they would be a force to be reckoned with in Rio. Just a few weeks later, they got to mingle with actual royalty.

Kings of the Court 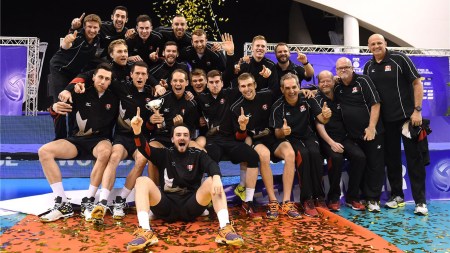 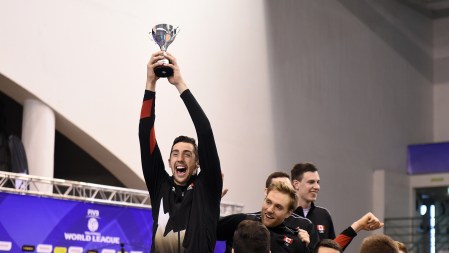 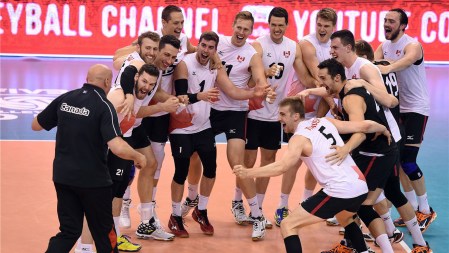 It was a momentous year for the Canadian men’s volleyball team. Not long after qualifying for their first Olympic Games in 24 years, they won Group 2 of the FIVB World League, ensuring promotion to Group 1 next year.