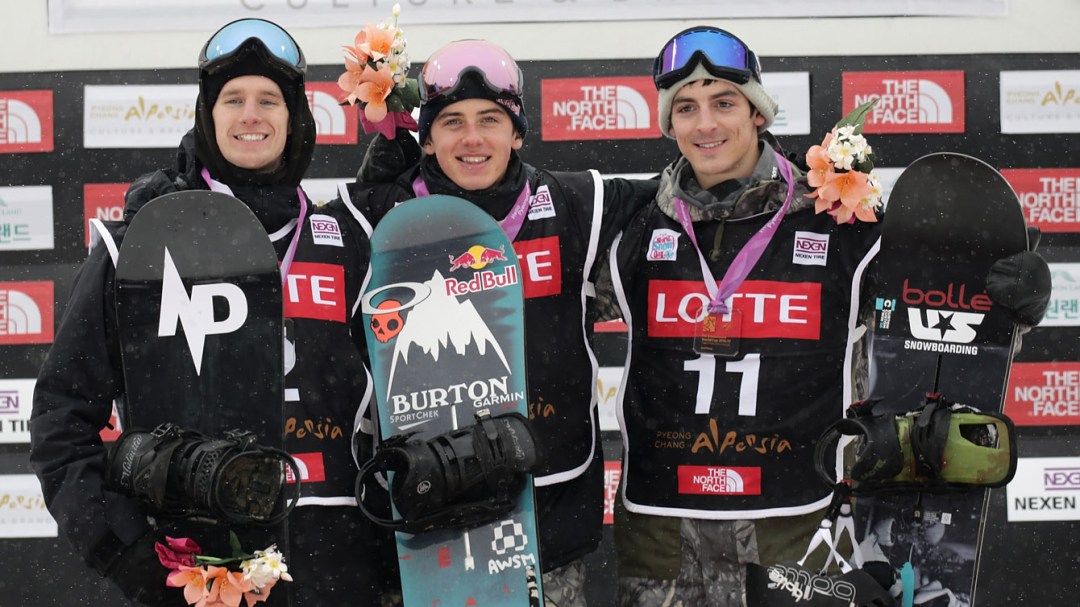 The second stop on the World Cup circuit doubled as an Olympic test event, giving big air riders their first taste of the next winter Games. With McMorris and Parrot landing atop the podium, Canada’s future looks bright as the event prepares to make its Olympic debut.

Related: McMorris back in action after broken femur

A nearly perfect frontside triple cork 1440 mute on his third run, helped McMorris secure gold and an overall score of 184.75 points. Landing that trick was extra sweet for the Olympic bronze medallist, who broke his femur just eight months ago. “That was the trick I broke my femur on and I haven’t done that trick since. It was a big mental thing to overcome that and being on first place is icing on the cake.” Shared McMorris after the competition.

For X Games champion Parrot his smooth switch triple cork 1620 helped him walk away with silver and a total score of 178. “Landing this jump today in a scaffolding Big Air event is very significant in my progression at this stage of the season. I’ve never managed to land this jump on a scaffold before despite I trying it on a few occasions.” said Parrot.

Ryan Stassel from the United States finished third with 177.25, just ahead of Canadian Tyler Nicholson. Sochi 2014 Olympian Sébastien Toutant had the highest scoring run on Saturday (97 points), but missed the landing on the other two jumps to finish seventh. Darcy Sharpe who shared the Air + Style podium with Toutant last week finished 10th.