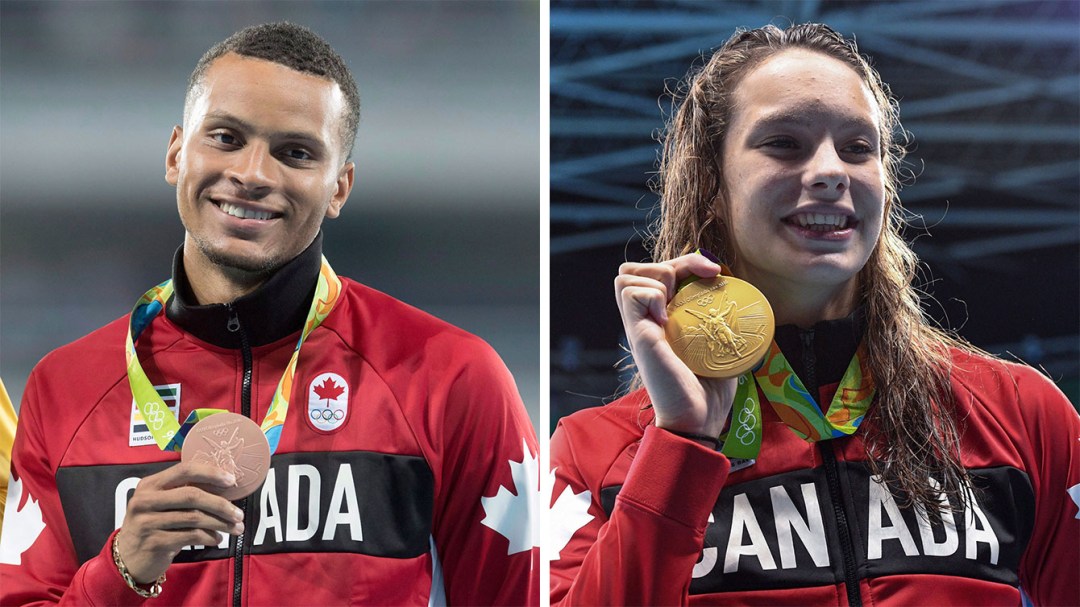 The results are in and two Olympians who took turns delighting Canada on alternate weeks of Rio 2016 are the Canadian Press male and female athletes of the year.

On Monday, three-time Olympic medallist Andre De Grasse was named to the Lionel Conacher Award as the top male athlete; while Penny Oleksiak was given the Bobbie Rosenfeld Award on Tuesday as the female winner. 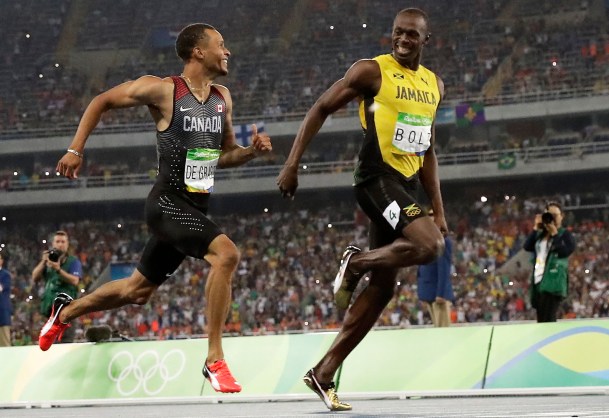 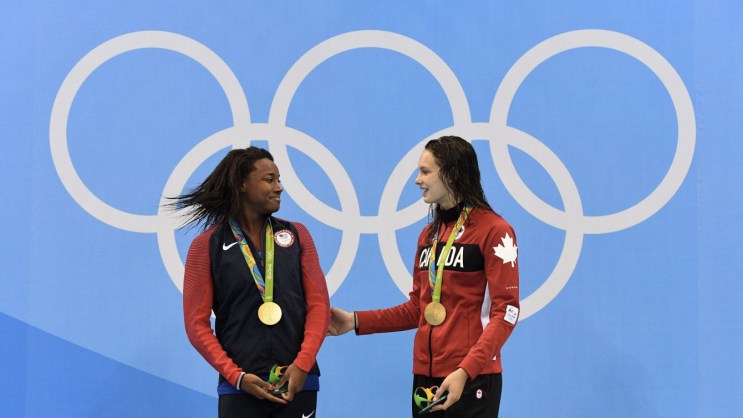 The awards cap off what has been a transformational year in Canadian sport. Both athletics and swimming had long been staples of Canadian international success, but struggled in the last 20 years to regularly find and retain Olympic podiums. 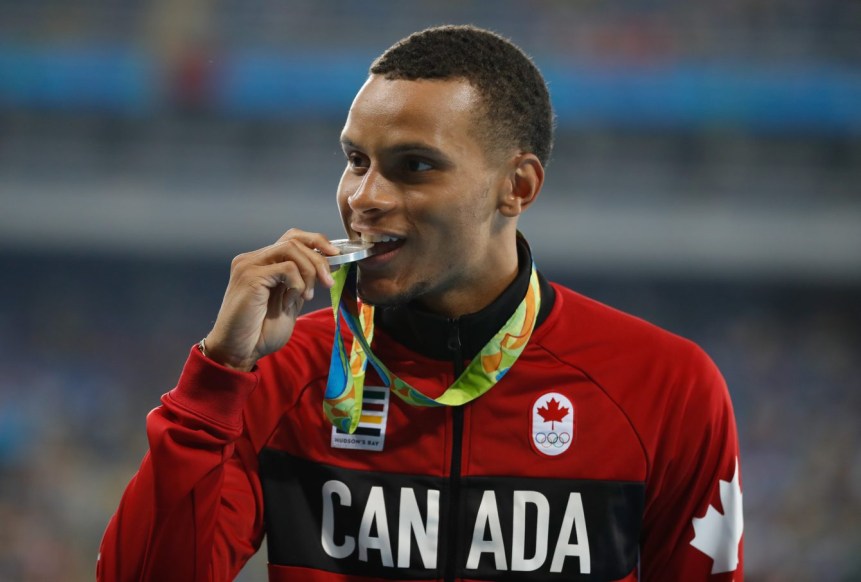 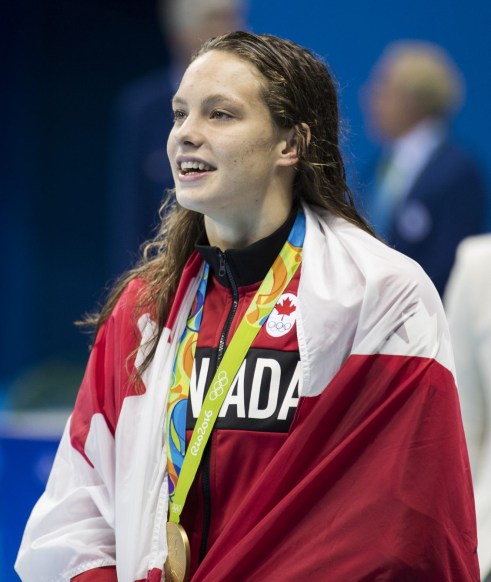 Canada’s Penny Oleksiak with her flag and gold medal after finishing first in the women’s 100-meter freestyle during the swimming competitions at the 2016 Summer Olympics, Thursday, Aug. 11, 2016, in Rio de Janeiro, Brazil. (COC photo/Stephen Hosier)

Led by 16-year-old Oleksiak in the first week of Rio 2016, Swimming Canada ended several Olympic droughts on its way to six medals from the pool. The teenager topped off what was already an incredible personal Olympics when she won gold, dramatically touching the wall for a tie, with an American rival in the speedy 100m freestyle for her fourth medal of the Games.

The next week, then 21-year-old De Grasse got Athletics Canada back on the Olympic podium in the Games’ glamour event, the 100m final, evoking memories of Donovan Bailey from Atlanta 1996. It was the first of a sprint triple for De Grasse, the first Canadian to medal in the 100m, 200m, and 4x100m relay at the same Olympic Games.

Both athletes are relative newcomers to their sports, and went to Rio as first-time Olympians. With their youth and prowess, Oleksiak and De Grasse are likely to give Canadians more hope heading to Tokyo 2020 in a few years than anytime ahead of a summer Olympic Games in recent memory. 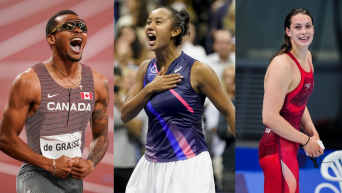