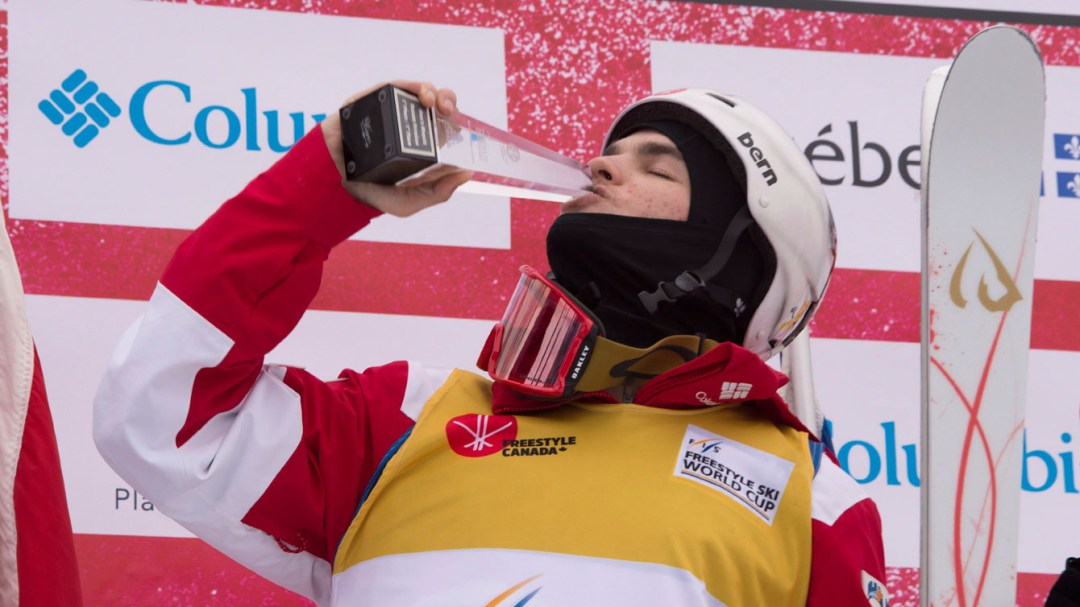 Leading the podium sweep for the second straight year was Olympic champion Justine Dufour-Lapointe with a total score of 78.36 points. That gave her the win by 0.26 over Andi Naude (78.10), who won the silver ahead of Chloe Dufour-Lapointe (77.70). She just edged out the fourth Canadian in the six-woman final, Audrey Robichaud (77.69), by a mere hundredth of a point.

Justine was fastest down the hill in 27.17 seconds and also recorded the top score on the turns (50.30), helping her overcome a slightly lower mark on the two jumps. That was where Naude excelled, earning the highest score of the finalists on her airs. It is the first podium finish of the season for both Dufour-Lapointe sisters. While Justine claimed her 13th career victory, Naude made just her fourth ever trip to a World Cup podium.

Coming off a rare missed podium last week in Lake Placid, Kingsbury picked up his second win of the year, following the season-opener in Ruka, Finland in December.

Last down the course in the six-man final, he knew exactly what he needed to do. His total score of 86.44 points was 4.24 better than silver medallist Sacha Theocharis of France (82.20), who finished 0.01 ahead of the bronze medallist, 16-year-old Walter Wallberg of Sweden. The other Canadian in the final, Philippe Marquis, placed sixth.

Kingsbury wasn’t the fastest down the course, but more than made up for it with his stellar turns and huge-scoring airs, having attempted the two most difficult jumps in the final, as he took the Val St. Come title for the third straight year.

The Canadians will get one more chance to compete on home snow next Saturday when the World Cup heads to Calgary.