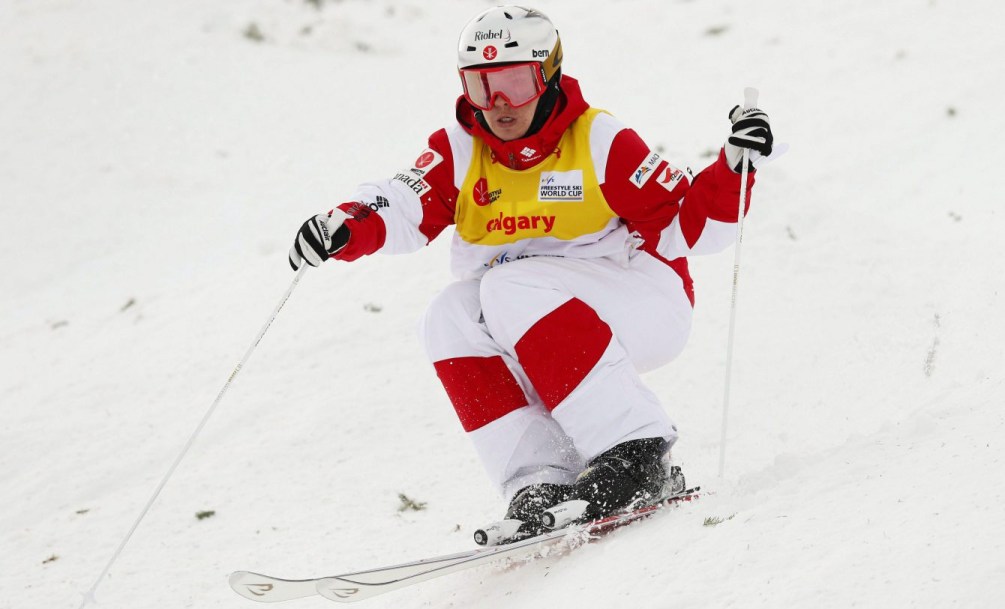 Coming off last weekend’s success in Val St. Come, sisters Justine and Chloe Dufour-Lapointe shared the podium once again, this time taking silver and bronze, respectively, in the women’s event. Mikael Kingsbury won a silver medal of his own in the men’s event, snapping a six-year win streak in Calgary.

.@3_SDL on the podium in Calgary with Justine finishing 2nd and Chloe 3rd 🎉 pic.twitter.com/1yO1JkJ2cL

In the second final run for the women, Chloe was the first of the top three qualifiers to hit the course. A bit of a messy landing on her first jump led to her score of 75.19 points. Justine followed immediately, taking over the lead with 80.02 points. But they watched together as Australia’s Britteny Cox bettered both of them, earning 82.11 points thanks to top marks for her turns and airs.

A similar pattern held up in the men’s second final. As the second-best qualifier, Kingsbury was the second-last man down the course and scored 83.90 points. But another Aussie, Matt Graham, was still to come and took the gold medal with 85.34 points. While Kingsbury did attempt the two most difficult jumps of the final, he only got 13.74 points for them compared to Graham’s 16.11 for his airs. France’s Benjamin Cavet was third with 82.89 points. The second Canadian in the six-man second final was Philippe Marquis who finished sixth with 80.45 points.

The last time Kingsbury didn’t stand atop the podium in Calgary was way back in 2010, when he was competing in his very first World Cup event. He continues to lead the freestyle skiing overall World Cup standings. The Dufour-Lapointes sit second (Justine) and fourth (Chloe) in the moguls standings as the circuit heads to Deer Valley, Utah next weekend.