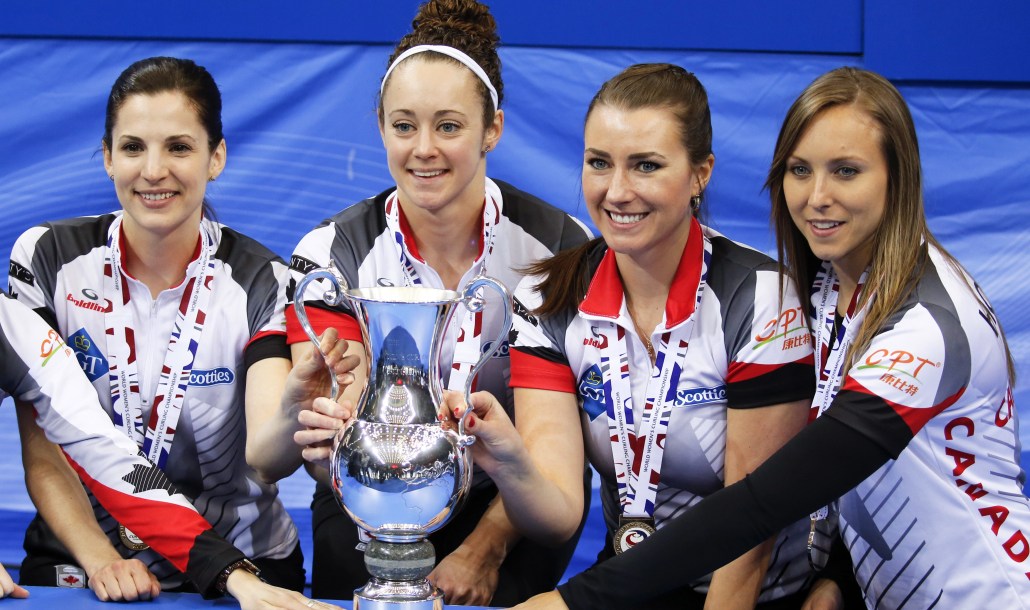 For the first time since 2008, Canada can boast having the women’s world curling champions.

On Sunday in Beijing, skip Rachel Homan along with third Emma Miskew, second Joanne Courtney and lead Lisa Weagle defeated Russia for the third time in the tournament, this time by an 8-3 score to win the gold medal. It brings to an end Canada’s longest ever women’s gold medal drought. They also became the first team in the 39-year history of the women’s world championship to go undefeated – a perfect 13-0 – in winning gold.

For Homan, it represents her first trip to the top of the world championship podium after winning bronze in 2013 and silver in 2014. It is also Canada’s record 16th women’s world title. The next closest country is Sweden with eight.

“It sounds pretty amazing,” Homan told Curling Canada. “My team worked so hard for this; we’ve been at worlds now four times (including the 2010 world juniors where she won silver) and to finally bring back the gold for Canada, and stop the drought, we’re pretty excited. We really wanted to bring back gold this time, so that we could make a statement going into the Olympic year – no matter who represents us (in 2018) for Canada.”

Team Canada opened the scoring in the second end. Lying one in the four-foot, Courtney and Weagle used some great sweeping to drag Homan’s draw just enough to get the second point. That was followed by a steal of one in the third when Russian skip Anna Sidorova overcurled her attempt at an in-off.

When Russia did get on the scoreboard in the fifth, it was only with a single. That led to the big end for Canada. After Sidorova rubbed off a Canadian stone, Homan was able to make a delicate tap for three points, all but securing the victory with the 6-1 lead. The teams traded two-point ends in the seventh and eighth before the game ended in handshakes.

World champions in a clean sweep! Couldn't be prouder to do this for each other and for our country. Thank you Canada. #WWCC2017 pic.twitter.com/HUYgS1dr4t

“We just wanted to go out there and keep doing what we were doing and not think about (what was at stake),” said Miskew. “Because there’s a lot of weight on that gold medal. We just went out there and put the pressure on and got the misses we needed.”

“It’s really hard to describe how amazing it feels to be able to call our team world champions,” said Homan. “I’ve watched the worlds every year since I was eight years old, so to be standing there on the podium and singing O Canada was just an amazing moment.”

When you're world champs, you celebrate with your families! #curling #wwcc2017 @team.homan

Courtney and Homan were both named tournament all-stars as Canada is once again atop the women’s world curling rankings.

Team Homan will take another shot at being Team Canada for the next Olympic Winter Games when they compete against eight other rinks in the Roar of the Rings Canadian Curling Trials in December.