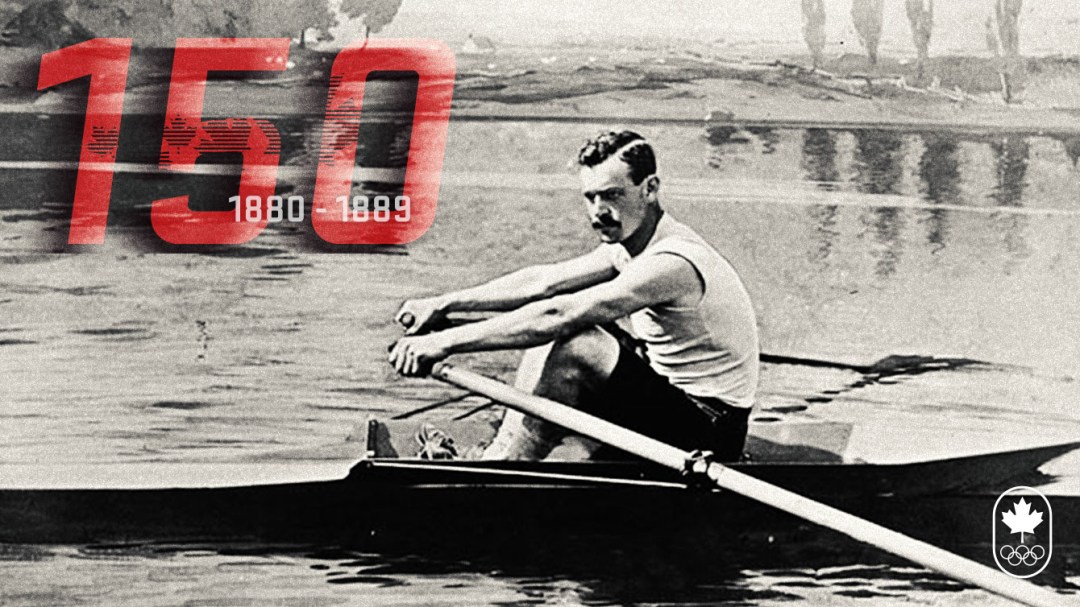 As we head towards the 150th anniversary of Canada on July 1, Olympic.ca is continuing its decade by decade look at key moments in Canadian sport since confederation.

Following last week’s flashback to the first 13 years of our country’s existence, here’s a glimpse of what was happening in the 1880s. 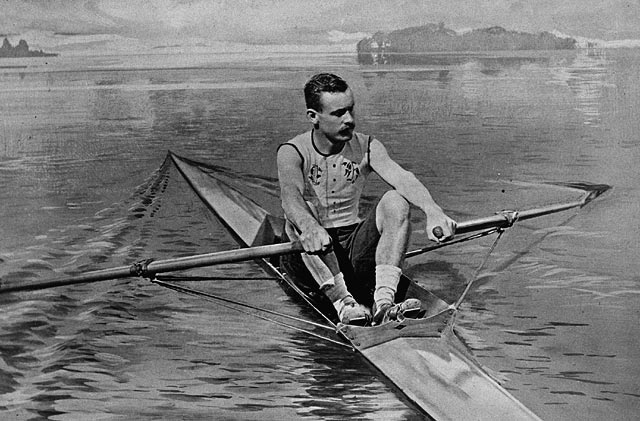 But his biggest goal was realized on November 15, 1880, when he easily defeated world champion sculler Edward Trickett of Australia on the River Thames. In doing so, he became the first Canadian athlete to be crowned world champion in an individual event. He held the world title until 1884 and remarkably lost less than a dozen of his 300 career races and became a source of pride to English-speaking Canada because of his immense sense of nationalism.

Despite height and weight disadvantages, much of Hanlan’s success resulted from his mastery of the new sliding seat that allowed for a more lengthy and powerful stroke. Throughout his career, it was not uncommon for Hanlan to toy with his opponents by rowing in zigzag patterns, slowing down, stopping in the middle of the race, chatting and blowing kisses to spectators, faking collapse or taunting them.

It’s the song every athlete looks forward to singing while a gold medal hangs around their neck. We’ve seen it accompanied by tears of happiness and arenas full of fans chiming in loudly and proudly.

But did you know that Canada’s national anthem actually dates back to 1880 and was originally written in French? Desiring a patriotic song that would inspire as much pride in French Canadians as English tunes such as “The Maple Leaf Forever,” a committee was created to put forward some potentials. It was Calixa Lavallée and Sir Adolphe-Basile Routhier who created the chosen rendition in 1880, with Lavallée composing the music and Routhier adding rhyming stanzas. The anthem was first performed in June of that same year. The most popular English lyrics were written by Robert Stanley Weir and published in November 1908.

At the root of the Olympic sports of bobsleigh, skeleton and luge is the toboggan. On this side of the Atlantic, it was native tribes in eastern Canada who got the (snow)ball rolling for the recreational use of sleighs in addition to their practical transportation qualities. The first formal club to take and refine that recreational use into a form of entertainment and sport was the Montreal Tobogganing Club in 1881. The club organized many competitive tobogganing events and, in fact, the sport eventually became so popular in Toronto that the local clergy sought to ban the sporting activity on Sundays. 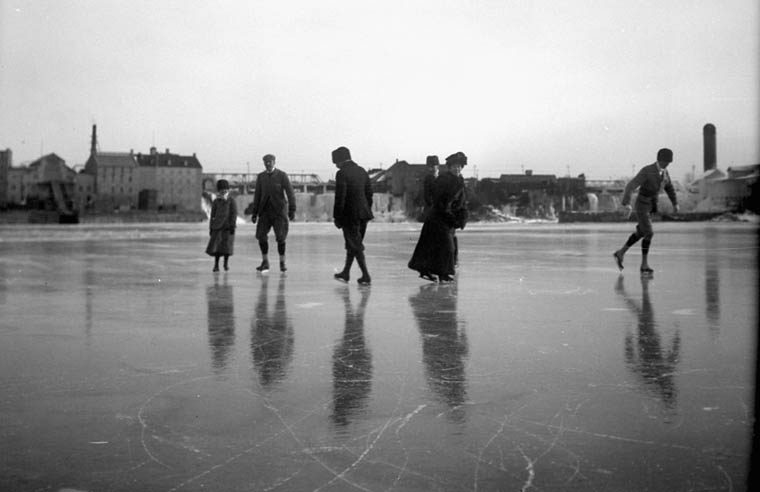 Today, there are separate national federations for figure skating and speed skating. But in 1887, they were both under the umbrella of the Amateur Skating Association of Canada, the country’s first national sport organization. The instigator was Montreal’s Louis Rubenstein, who was prompted by a desire to regulate worldwide inconsistences in the rules and judging of figure skating. He remained as the association’s president until 1930, during which time a separate figure skating department was established in 1914. The Amateur Skating Association of Canada joined the International Skating Union as its first non-European member in 1894.