Team Canada finally got its first win of the 2017 IIHF Women’s World Hockey Championship on Monday, defeating Team Russia by an impressive 8-0 score.

After dropping their first two games to the United States and Finland, the Canadians needed the victory to maintain hope of a bye to the semifinals. Whether they get that bye or have to play in the quarterfinals will be determined following the final round robin game between the Americans and Finns on Monday night. 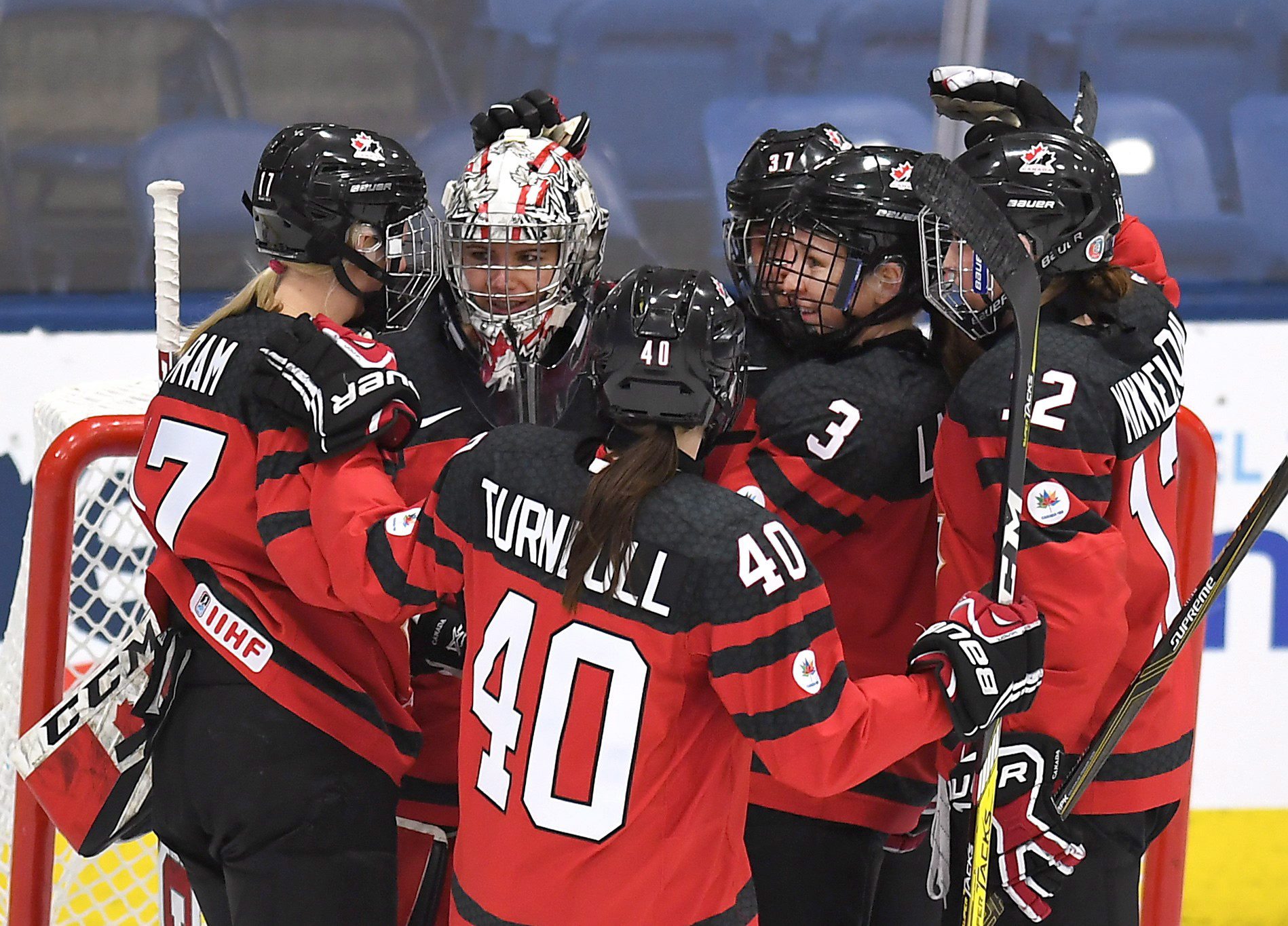 Shannon Szabados earned her first shutout at the world championships in four years, making 16 saves. Offensively, Jennifer Wakefield scored twice and added an assist as six of her teammates each notched two points.

It was Wakefield who opened the scoring with a power play goal at 14:3o of the first period. Three more goals followed in the next four minutes as Emily Clark, Wakefield again, and then Natalie Spooner made it a 4-0 game. 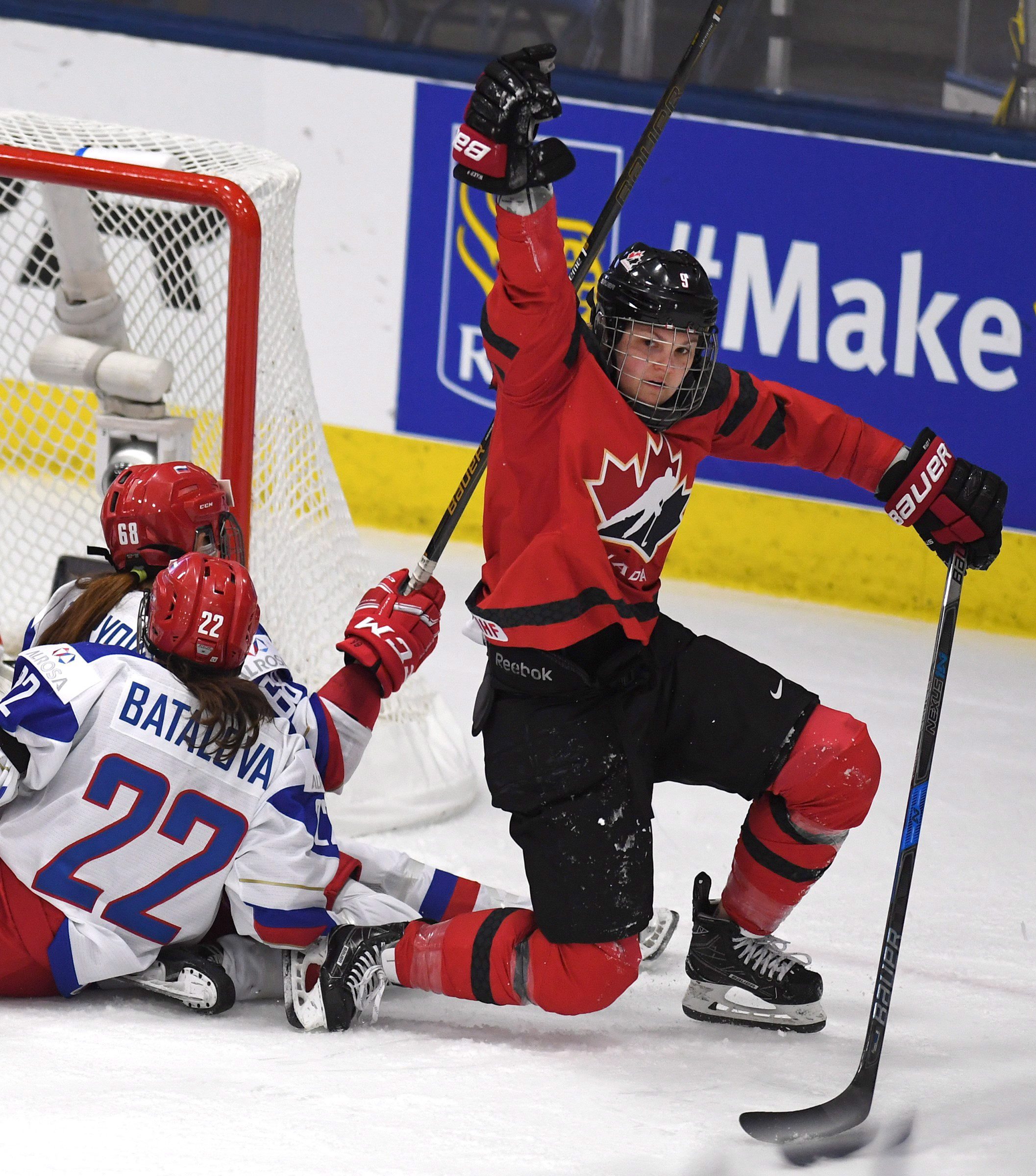 Erin Ambrose turned it into a five goal lead on a power play midway through the second period. In the final frame, Brianne Jenner, Meghan Agosta and Sarah Potomak kept the firepower going, with the last goal coming in the final minute of play.

Playing on the Americans’ home ice in Plymouth, Michigan, Shannon Szabados was given the start in net in her first major international tournament since she backstopped Canada to gold at Sochi 2014. She spent most of the last three years playing against men in the Southern Professional Hockey League before returning to the national team for the two-game December Series against Team USA. 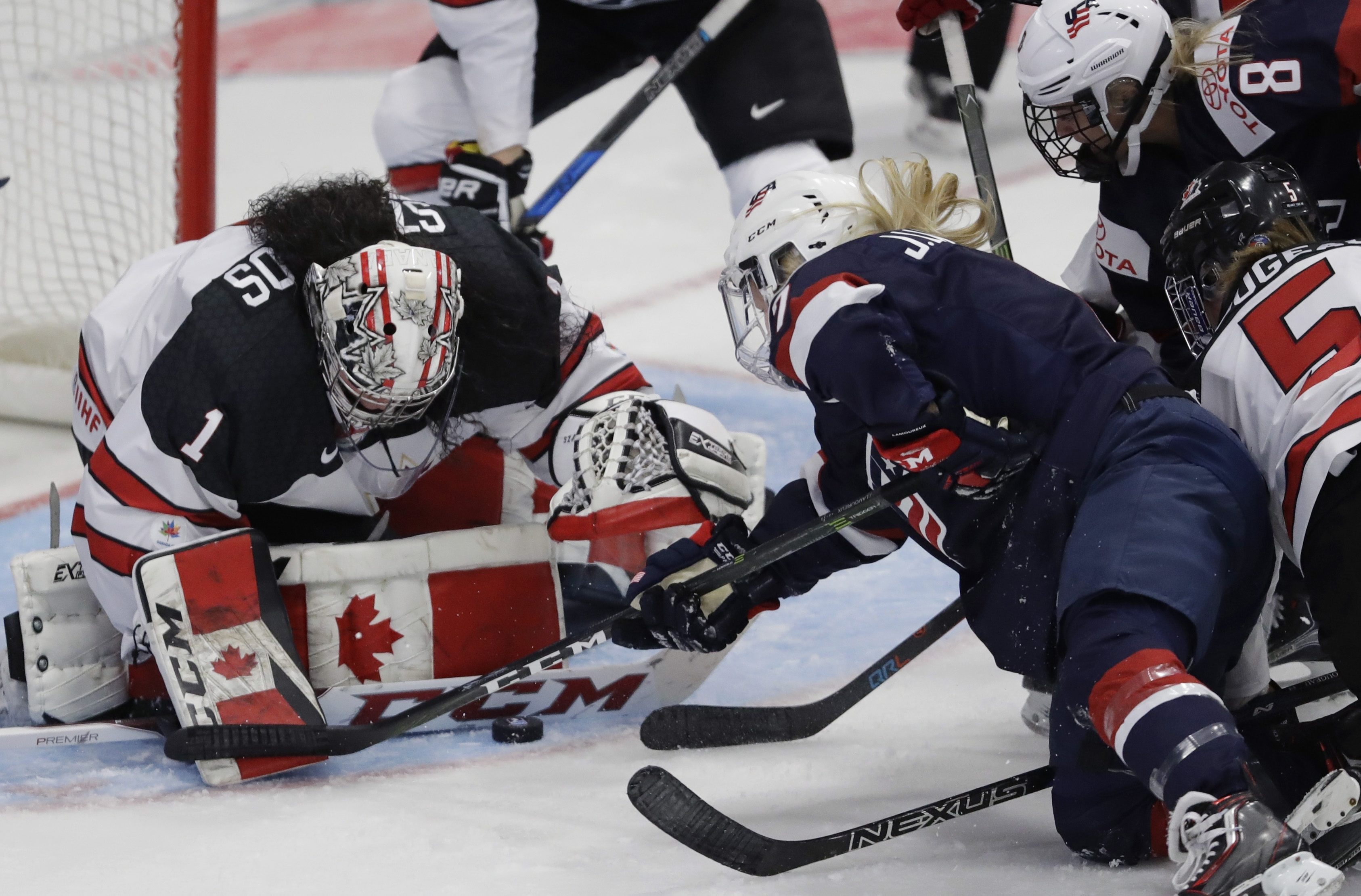 Canada certainly needed her in the opening period, as they had trouble controlling the American attack and were outshot 12-5. But Szabados came up with several big saves, handling pressure around the crease. Canada also withstood a US power play after Jennifer Wakefield was sent off for two minutes for roughing. The period ended scoreless.

The Americans continued to be relentless in the second period, outshooting Canada 9-3. And it paid off with just two minutes to play. On a rush, Megan Bozek went behind the net, looking like she might go for the wraparound. Instead, she fed the puck to Brianna Decker who tucked it in as Szabados couldn’t get back across the net. 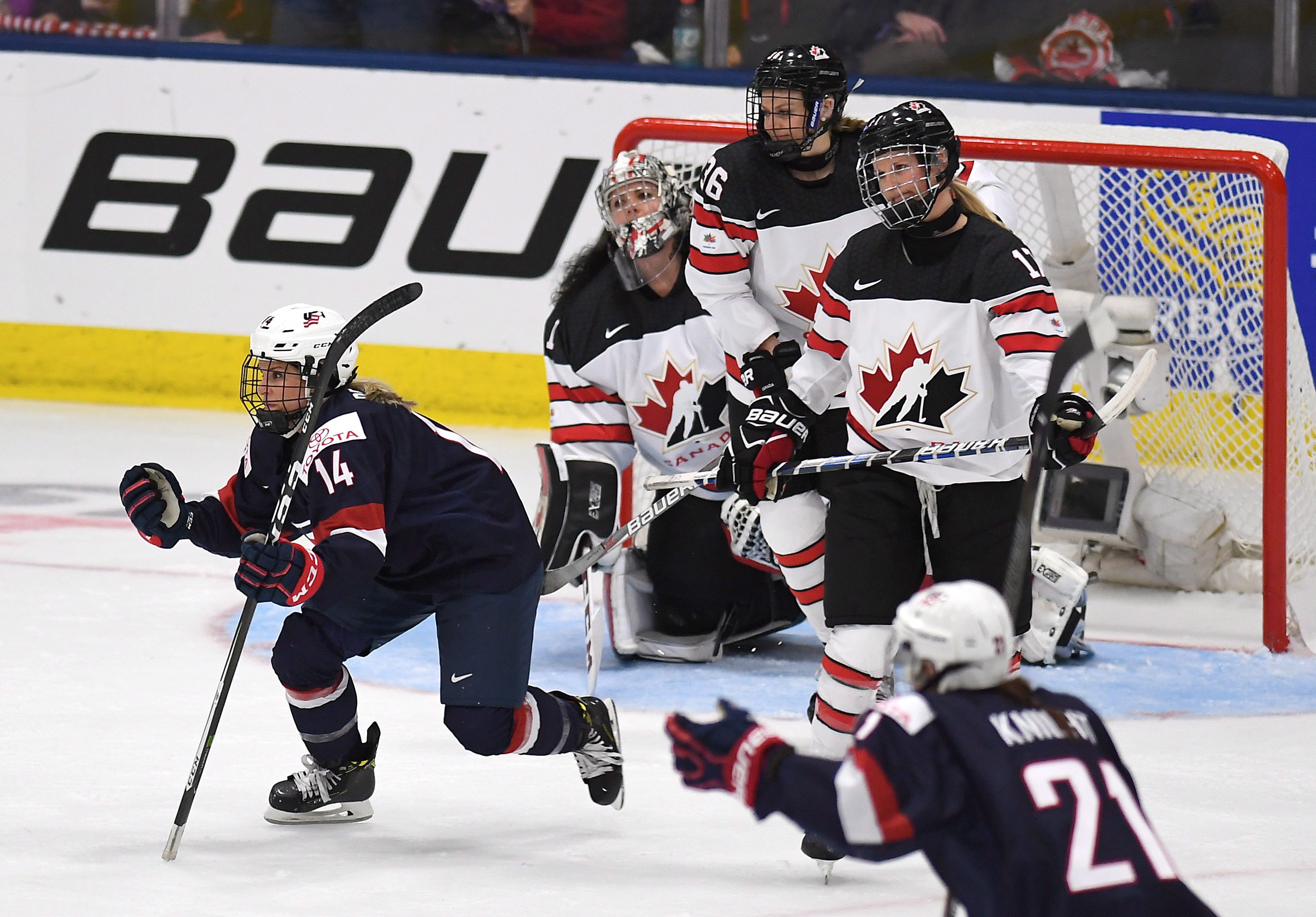 But the Canadians weren’t without chances. Four-and-a-half minutes in, captain Marie-Philip Poulin and Wakefield had a two-on-one. Poulin elected to shoot, but hit the left post. With just under eight minutes to play, Meghan Agosta flew down the wing against a pair of defenders, but also hit a post.

Early in the third, it was American goaltender Nicole Hensley who shone, robbing Canada a couple of times. But it was the US who added another goal to the scoreboard when Gigi Marvin’s point shot fooled Szabados five minutes in.

Next up for Team Canada will be a Saturday night meeting with Finland, who opened with a 2-1 loss to Russia.