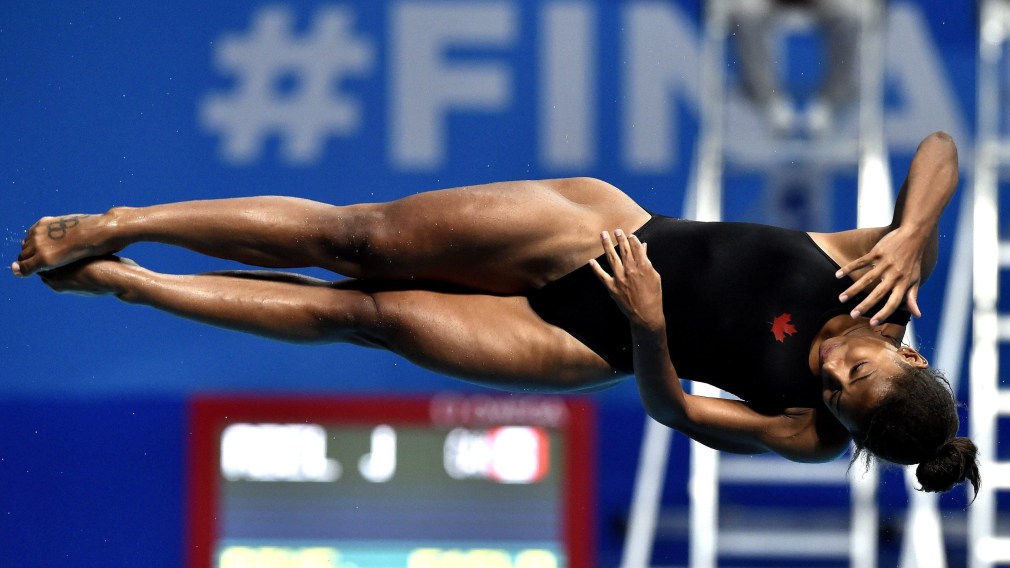 Jennifer Abel claimed the bronze medal in the women’s individual 3m springboard on Friday at the FINA World Championships in Budapest.

Abel’s final score of 351.55 points put her on the podium behind two Chinese divers. Shi Tingmao won the gold medal with a score of 383.50 points while Wang Han took the silver with 359.40 points.

Abel was very consistent throughout her five dives in the final. She opened with 7.5s on her first dive before moving into third place with her second effort garnering 8.0s.

This is the second career medal for Abel in the individual 3m springboard, adding to the bronze she won in 2011. It is also her second medal of the week, having won silver in the 3m synchro with Melissa Citrini-Beaulieu on Monday.

The diving competition at the world championships comes to a close on Saturday, allowing for swimming to take over the pool starting on Sunday.