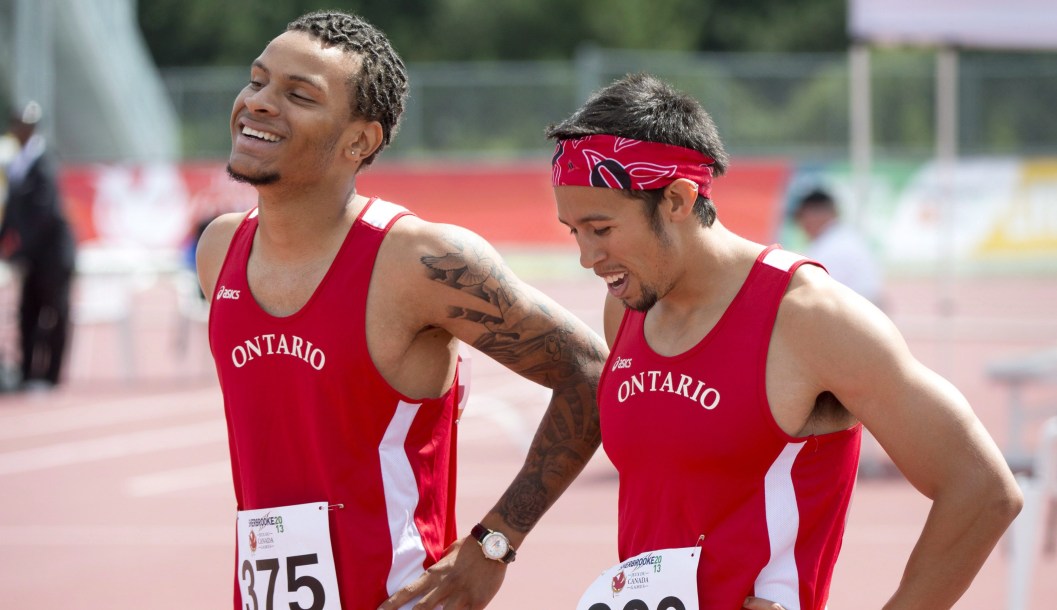 On Friday night, the Canada Games will officially open in Winnipeg and mark their 50th anniversary.

Over the course of the next two weeks, more than 4000 athletes and coaches will come together to compete in the country’s largest multi-sport competition for young athletes. This year, the summer edition of the games features 16 sports with more than 250 events.

Over the last five decades, many alumni athletes have gone on to play starring roles for Team Canada at the Olympic Games in both summer and winter sports. Among them are such names as Catriona Le May Doan, Steve Nash, Sidney Crosby, Adam van Koeverden, Marie-Philip Poulin and Marianne St-Gelais.

Canada’s most recent Olympic roster was no exception. Of the 63 athletes who brought home medals from Rio 2016, 23 of them had gained multi-sport competition experience and everything that goes with it at the Canada Games. For some of those alumni, the Canada Games were well in the past. But for others, it was as recent as the last Canada Summer Games in Sherbrooke, Quebec in 2013.

RELATED: The journey to wearing the maple leaf: Canada Games and beyond

One of those athletes is Andre De Grasse. As an 18-year-old who had only been running track competitively for one year, he won gold in the three events (100m, 200m, 4x100m relay) in which he would stand on the Olympic podium just three years later. Back in 2009, another member of the national record-setting men’s 4x100m relay had his own standout performance at the Canada Games. Akeem Haynes won gold in the 100m and 4x100m relay for Team Alberta.

Hey @2017CanadaGames #CGAthletics athletes, do you think you can beat @De6rasse's times from @jcg2013? These were good for 🥇🥇🥇#JCG2017 pic.twitter.com/aYQE7IH6xZ

No one will soon forget the impressive performance in the Olympic pool by Canada’s swimming squad. Eight of those 11 Rio 2016 medallists are Canada Games alumni. Before she became an Olympic bronze medallist, and now a world champion, in the 100m backstroke, Kylie Masse was a quadruple gold medallist at the 2013 Canada Games in various relays for Team Ontario. Those relay teams also included Kennedy Goss, whose Olympic teammate in the bronze medal-winning 4x200m freestyle relay, Emily Overholt, won three individual gold medals in Sherbrooke. 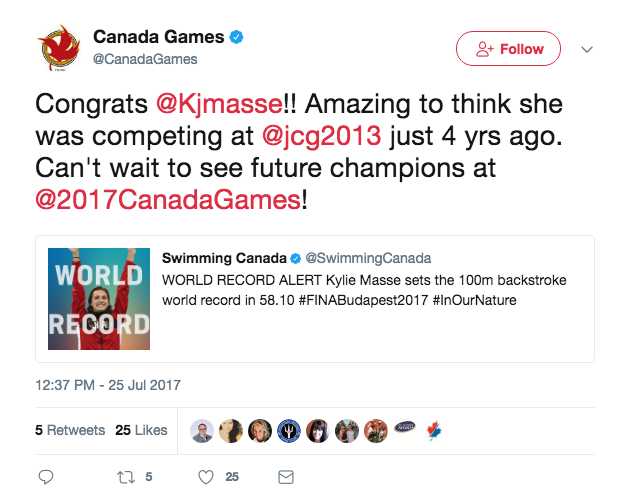 The earliest Canada Games at which Rio 2016 medallists competed were in London, Ontario in 2001. Rower Lindsay Jennerich was there, eight years before her Olympic lightweight double sculls partner Patricia Obee won silver in that event for Team BC. Also proudly wearing their provincial jackets in 2001 were mountain biker Catharine Pendrel and soccer players Diana Matheson and Rhian Wilkinson.

The latter two weren’t alone as Canada Games alumni on the bronze medal-winning soccer team in Rio. Allysha Chapman and Desiree Scott were opponents in Regina in 2005 while Shelina Zadorsky won bronze with Team Ontario in 2009.

Canada’s other bronze medal-winning team in Rio, the women’s rugby sevens squad, couldn’t count on many Canada Games alumni with their sport not yet on the program. But dual-sport athlete Megan Lukan did win a bronze medal with Team Ontario in basketball in 2009. 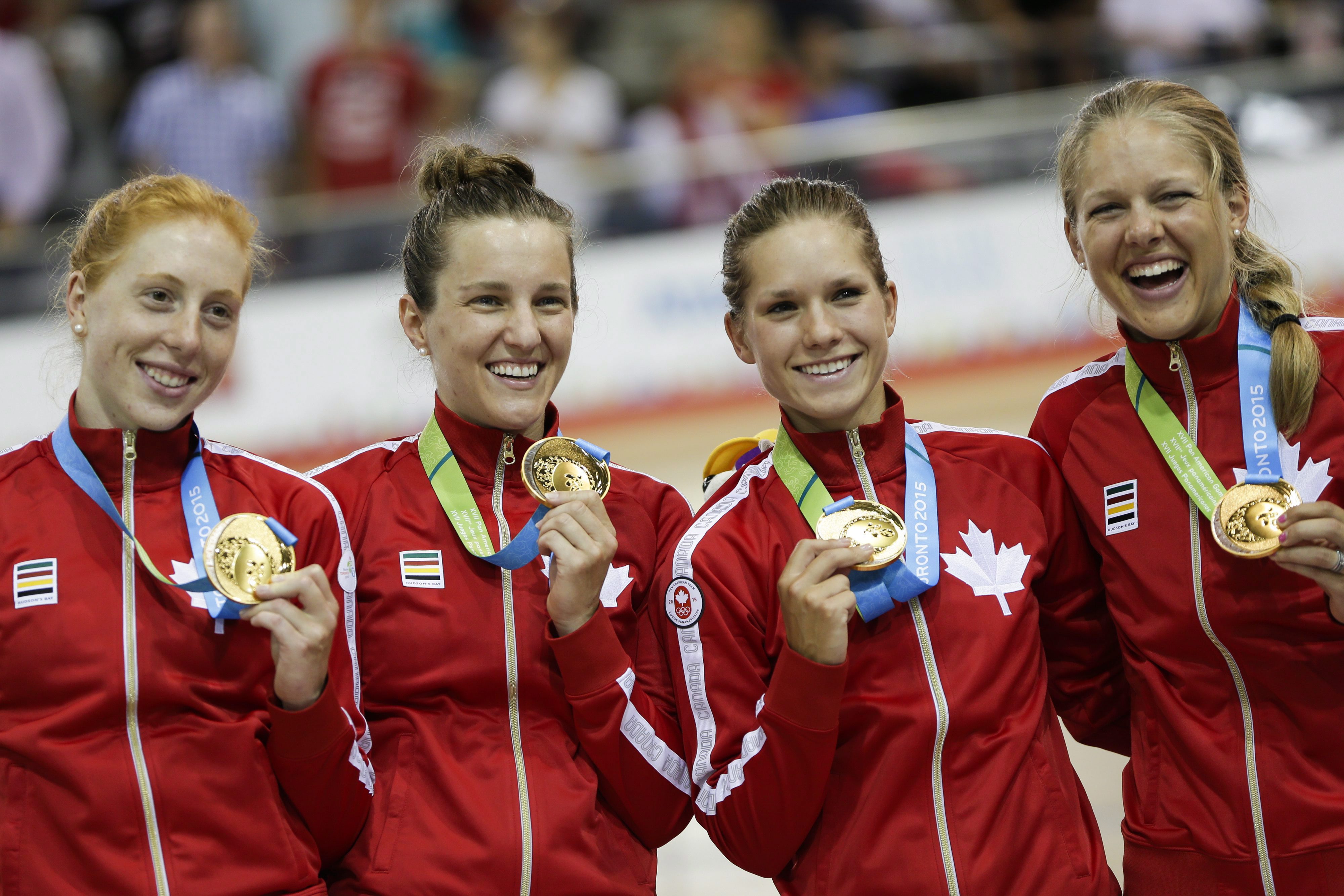 Another crossover athlete is Kirsti Lay. In 2003 she was a 14-year-old speed skater competing on an outdoor oval in Bathurst-Campbellton, New Brunswick. Thirteen years later she was a track cyclist who helped Canada win Olympic bronze in the team pursuit. One of her teammates, Laura Brown, was a Canada Games competitor in 2005.

It was also in Regina that a 16-year-old Brianne Theisen competed in athletics, winning the heptathlon. Another 16-year-old, diver Meaghan Benfeito, was at the 2005 Canada Games just a couple of weeks after she debuted at the FINA World Championships and won the first of her major international medals with longtime partner Roseline Filion.

The 2017 Canada Games run from July 28 to August 13. Tune into daily coverage via webcast and TSN broadcast and you just might see some of Canada’s Olympic superstars of the future.