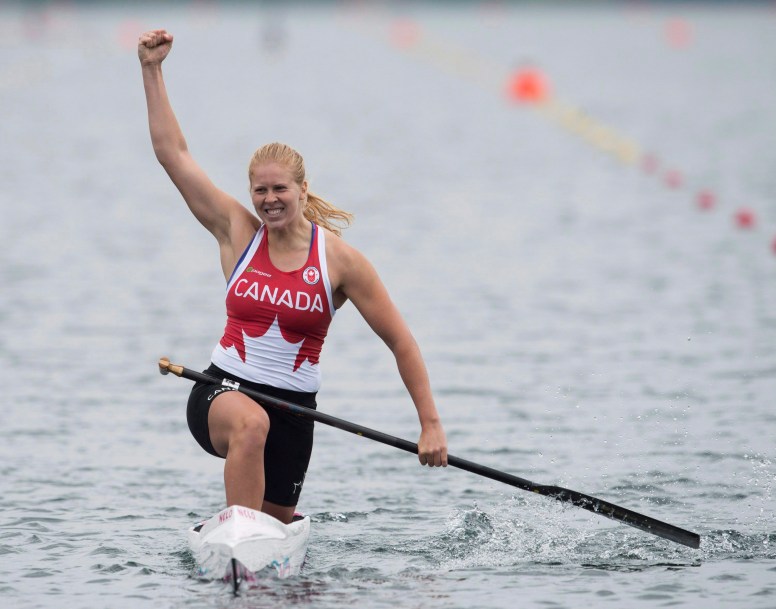 Less than 24 hours after winning C-2 500m gold with Katie Vincent and setting a C-1 2oom world record in the semifinals, Vincent-Lapointe was back on the water looking for more. The Canadian did not disappoint on Sunday morning, lowered her record to 45.787 seconds to win her fifth C-1 200m world title.

With two word championships gold medals from this year’s championships around her neck and the fastest C-1 200m time in history, Vincent-Lapointe has a lot to be proud of. The 25-year-old’s future also looks bright, with women’s canoe finally making its Olympic debut at Tokyo 2020.

After seeing how the Canadian has performed not only at worlds, but when she struck gold in 2015 when women’s canoe was added to the Pan American Games program, Vincent-Lapointe is definitely one to watch in the lead up to the next Olympic Games.