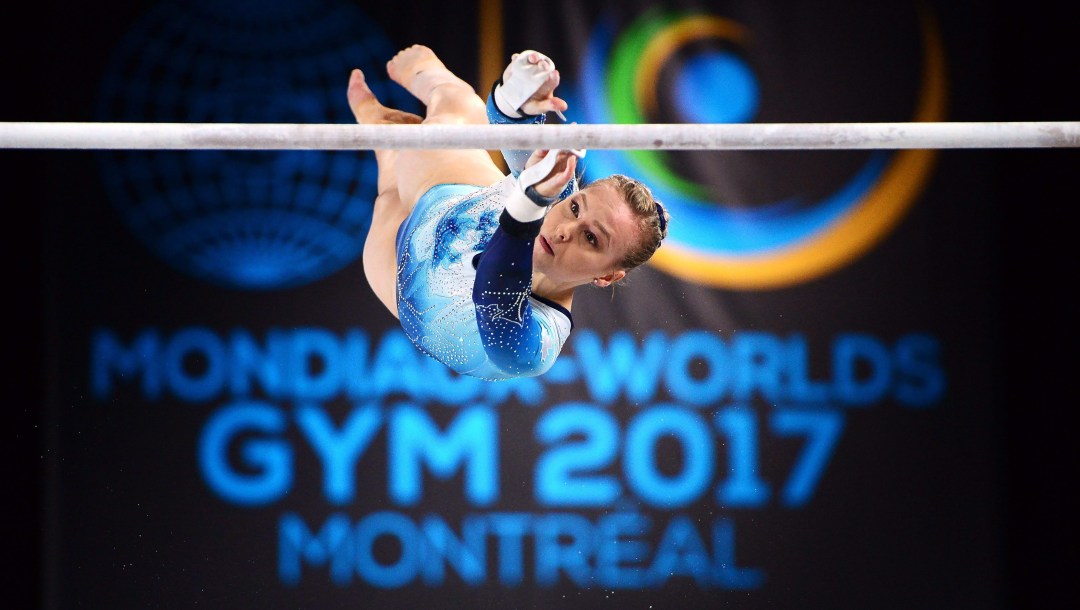 Ellie Black has become the first Canadian gymnast to ever win an all-around medal at the world championships, taking silver on Friday night in Montreal.

After qualifying for the all-around final in third place, Black totaled 55.132 for the podium finish. Throughout the night she had been neck-and-neck with Morgan Hurd, but in the end it was the American who took the gold medal by a tenth of a point. Russia’s Elena Eremina claimed the bronze with 54.799 points. 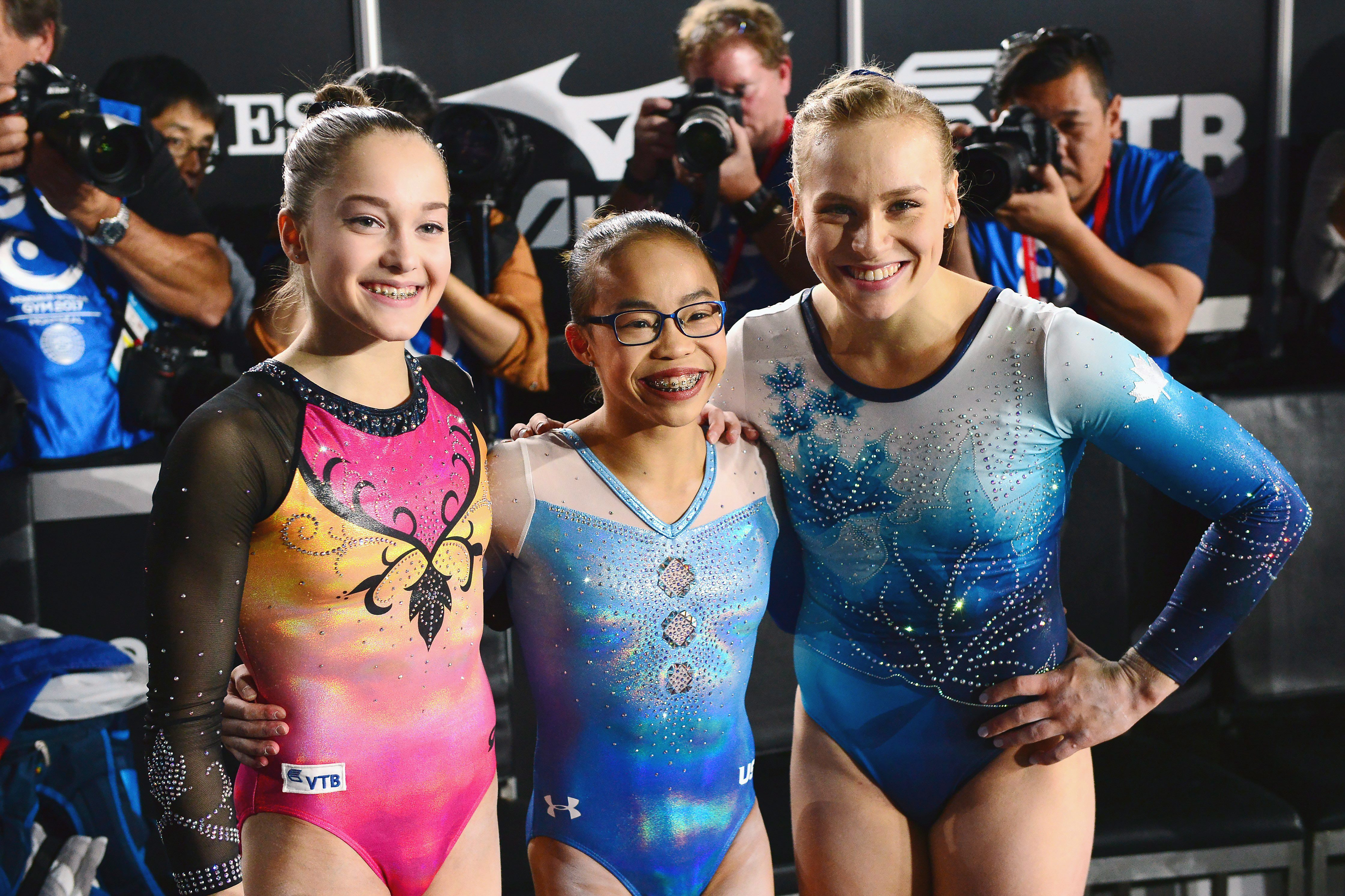 “To get out there and have that performance today in Montreal in front of all our friends and family and fans, and everyone that came out to support us, that was amazing,” Black told Gymnastics Canada. “Hopefully for the young ones that came out, to be able to see a Canadian perform and end up on the podium, and to have two Canadians in the all-around final, and six finals all together, which is incredible for us, that was already an amazing accomplishment going into the rest of the weekend.”

Black was the first competitor to be judged in the final, starting off on one of her stronger events – vault. She scored 14.600 for her full twisting front layout, the second highest score on the apparatus in the first rotation.

Canada's Ellie Black nails her vault and sits in 3rd after 1 rotation. She's headed to the uneven bars next.

Next up was the uneven bars. With the crowd fully behind her, she put together a solid routine, letting out a sigh of relief after sticking the landing. Her score of 14.233 gave her a two-rotation total of 28.833 to sit in a first-place tie with Hurd.

Ellie Black sticks the landing in uneven bars and breathes a sigh of relief.

Black then rotated to beam, on which she is qualified for the apparatus final. She encountered some balance difficulties towards the end of her routine, putting her hands on the beam to steady herself after a front tuck somersault. Fortunately, she was able to stay on the beam and, thanks to a high difficulty score, earned 12.866 for a running total of 41.699 to take sole ownership of first place, two-tenths of a point ahead of Hurd.

A tough beam for Ellie Black makes it a nail-biter heading into the final rotation.

Both women concluded on floor exercise. The crowd roared for each of Black’s tumbling passes, as she stuck most of her landings. She scored 13.433 to end up just behind Hurd, who had been the first one on the mat for the final rotation.

World championship rookie Brooklyn Moors finished 15th in the all-around but was the winner of the prize for elegance, presented to one male and one female gymnast for performances that add grace and emotion to their technical routines.

Year after year, Black has moved up the world standings, setting Canadian best-ever standards each time. She was fifth in the all-around at Rio 2016, a year after placing seventh at the 2015 World Championships. 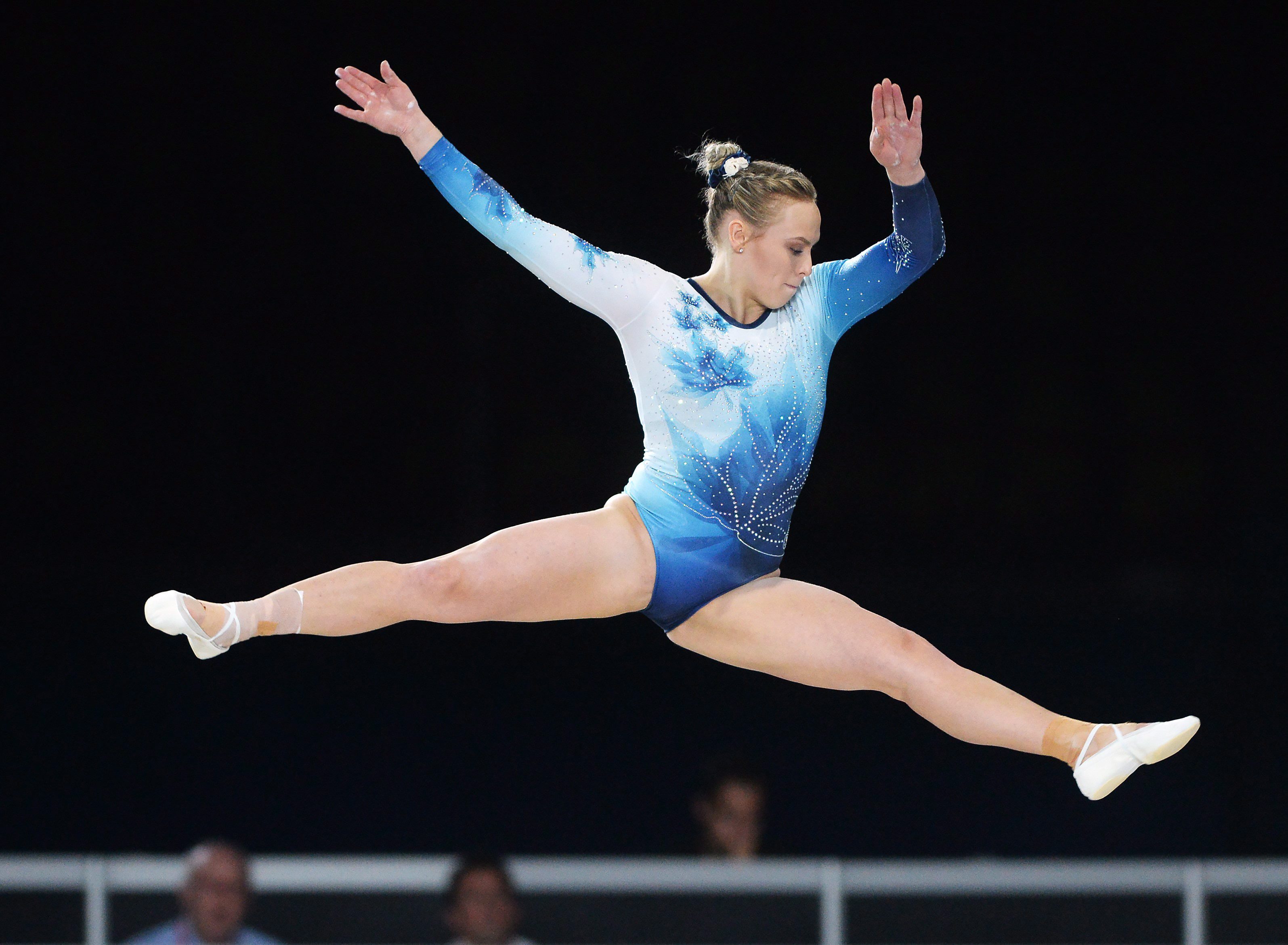 Ellie Black of Canada competes in the balance beam event of the women’s individual all-around final at the Artistic Gymnastics World Championships in Montreal on Friday, Oct. 6, 2017. THE CANADIAN PRESS/Ryan Remiorz

This year’s all-around competition was hit by withdrawals from two pre-event favourites. Romania’s Larisa Iordache, twice an all-around medallist in 2014 and 2015, tore her left Achilles tendon during warmup for Wednesday’s qualification round. American Ragan Smith, who had qualified in second place, injured her ankle while warming up on vault just minutes before the final was to begin.

This is Canada’s ninth medal in the 114-year history of the world championships, but the eight that came before were all on individual apparatus. Only one of those was won by a woman, the bronze on beam by Elyse Hopfner-Hibbs in 2006. That was the last year that any Canadian artistic gymnast came home from worlds with a medal. 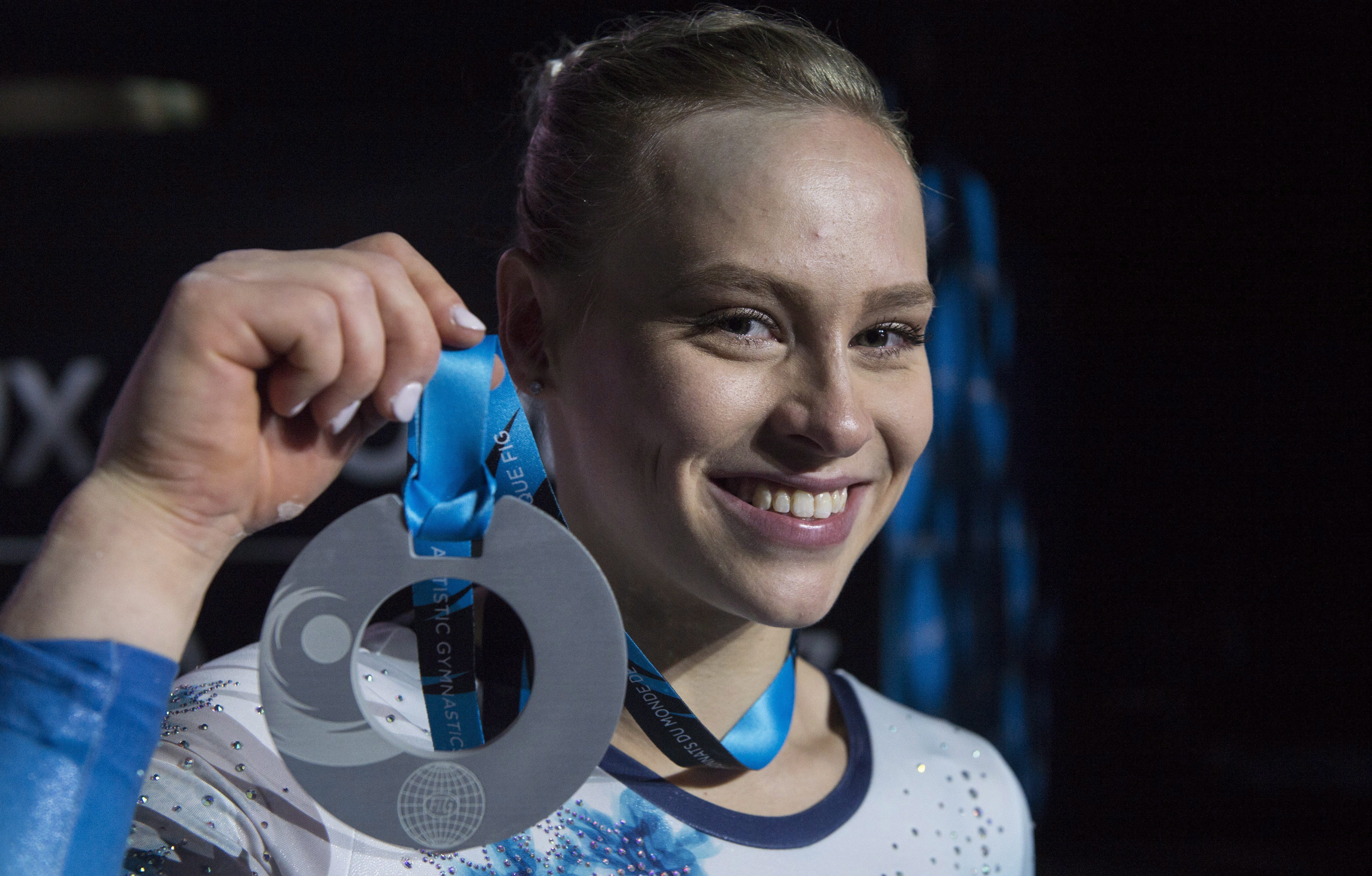 On Saturday, Black will compete in the vault final alongside Shallon Olsen. Black is then back on Sunday for the beam final and is also replacing Smith in the floor exercise final for which Brooklyn Moors is also qualified.