After a day of epic finals in Ottawa, eight curlers were officially added to Team Canada’s PyeongChang 2018 squad Monday morning.

On Sunday, Rachel Homan and Kevin Koe skipped their way to Roar of the Rings titles in the nation’s capital, clinching Olympic qualifications in the process. 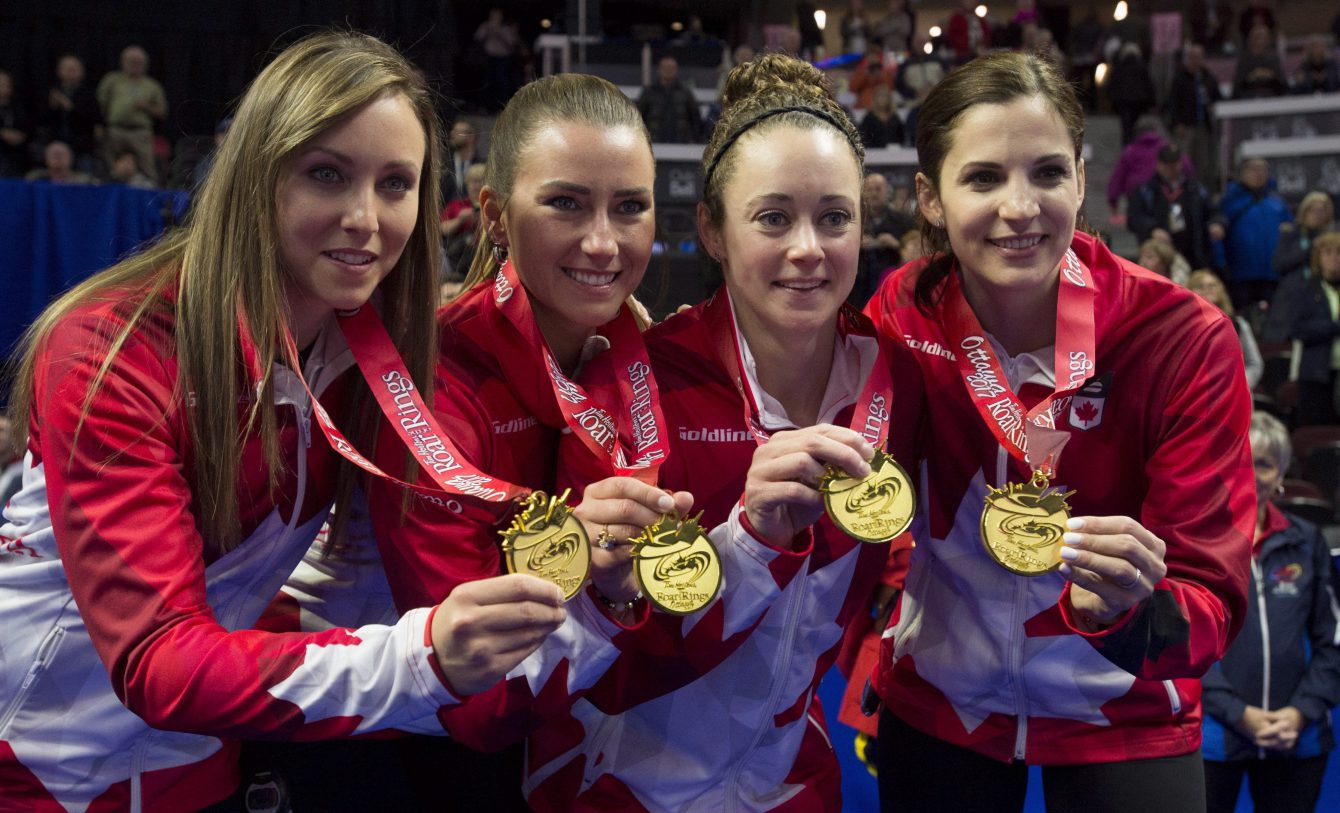 This moment was a long time coming for Homan and Miksew who have been competing together since they were 11, while Weagle has been part of the team since 2010.

As for Courtney, she joined the tightly knit group only a few years ago with this goal in sight.

“When I got the phone call at the end of the last quad, it was an opportunity I couldn’t pass up,” Courtney said after the win.

“I have so much respect for my teammates. They’re unbelievable people, they’re fantastic curlers, but beyond that they’re like my sisters now and I feel like I got so much better, even better than I thought I could be. I can’t say enough about them, they’re amazing.”

What an unbelievable thrill in our hometown to become Olympians for Canada. The support we had at home and from afar elevated us all week to play our best. 🥌 🇨🇦 https://t.co/LUUQVRmKYs

Team Homan will aim to win Canada’s second consecutive Olympic gold in the women’s event and third overall since its debut at Nagano 1998. 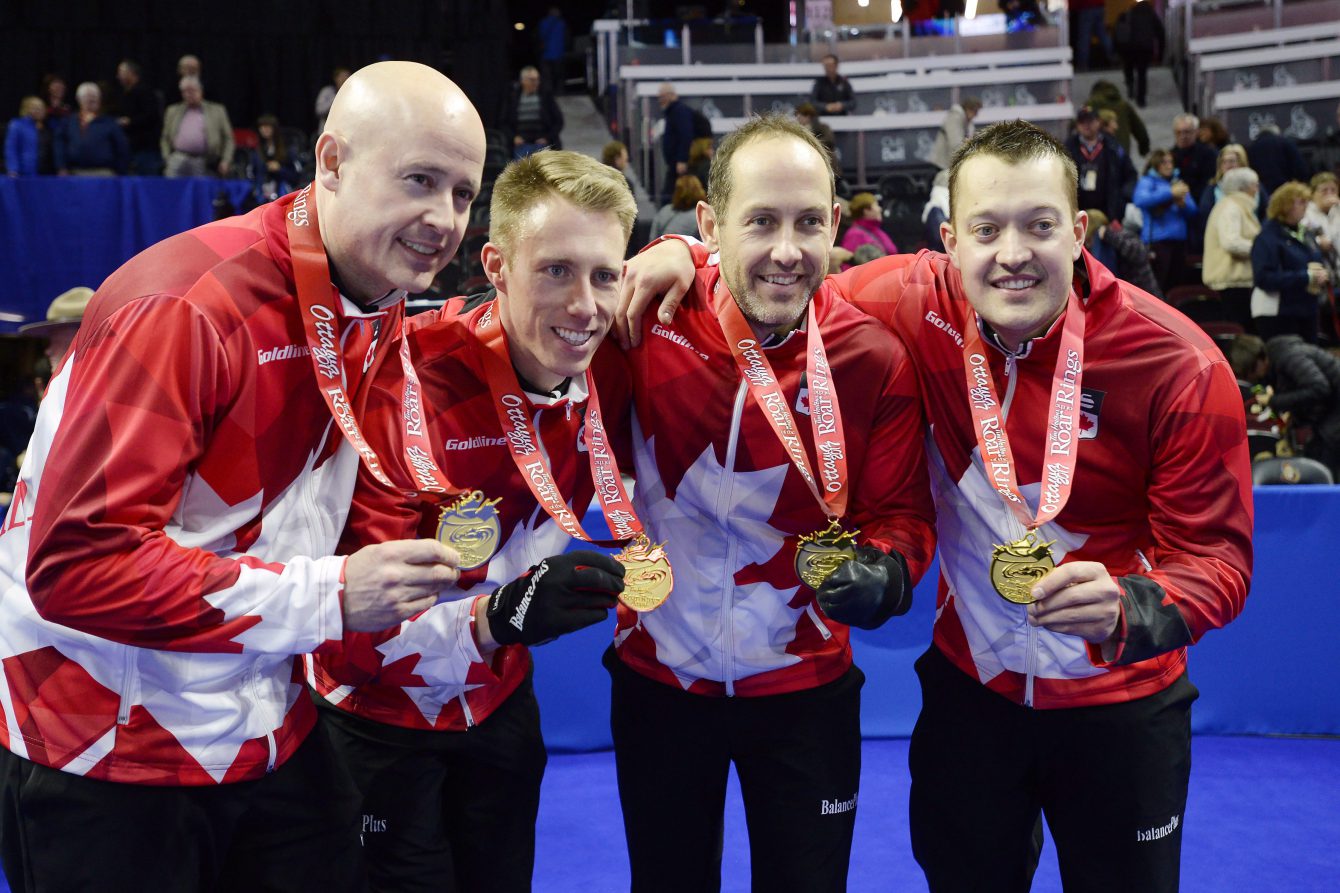 Team Koe skip Kevin Koe, left to right, third Marc Kennedy, second Brent Laing and lead Ben Hebert pose in their new Olympic uniforms as they celebrate their win over Team McEwen in the men’s final at the 2017 Roar of the Rings Olympic Curling Trials in Ottawa on Sunday, December 10, 2017. THE CANADIAN PRESS/Adrian Wyld

Canada’s team on the men’s side will be comprised of Koe, third Marc Kennedy, second Brent Laing and lead Ben Hebert.

In another tight finish at the Canadian Tire Centre, Team Koe defeated Team McEwen 7-6 to earn the Olympic berth.

“I can say for sure that nothing can be harder,” Laing said regarding the level of competition this past week. “That’s says nothing about the competition at the Olympics because it’s going to be just as hard, but it can’t be harder than this.”

While Koe and Laing are new to Olympic competition, Kennedy and Hebert will bring a wealth of experience in South Korea after being part of Canada’s Vancouver 2010 gold winning team.

A huge thank you to Ottawa for an amazing week! We are honored to represent Canada and will do everything we can to bring home the Gold!!! #PyeongChang2018

This winter at PyeongChang 2018, Koe, a 2016 world champion, will try to secure an unprecedented fourth consecutive men’s Olympic title for Canada when the tournament kicks off for both teams on February 14.

An alternate will be added to each team once the mixed doubles Olympic qualifiers have been decided.