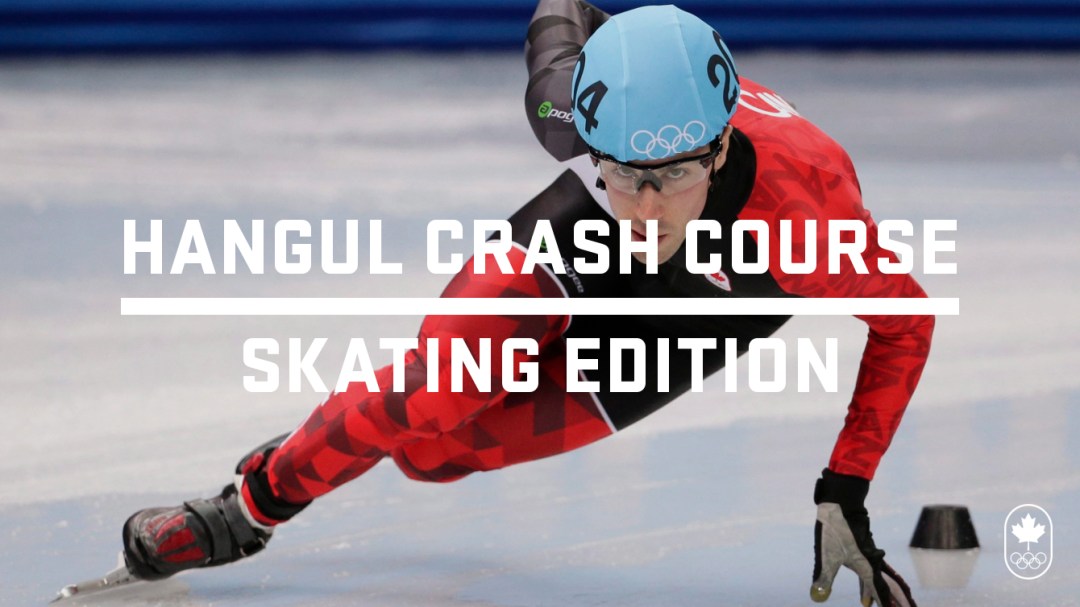 As we get ready for PyeongChang 2018, let’s have a look at some speed skating and figure skating terms in Korean hangul. 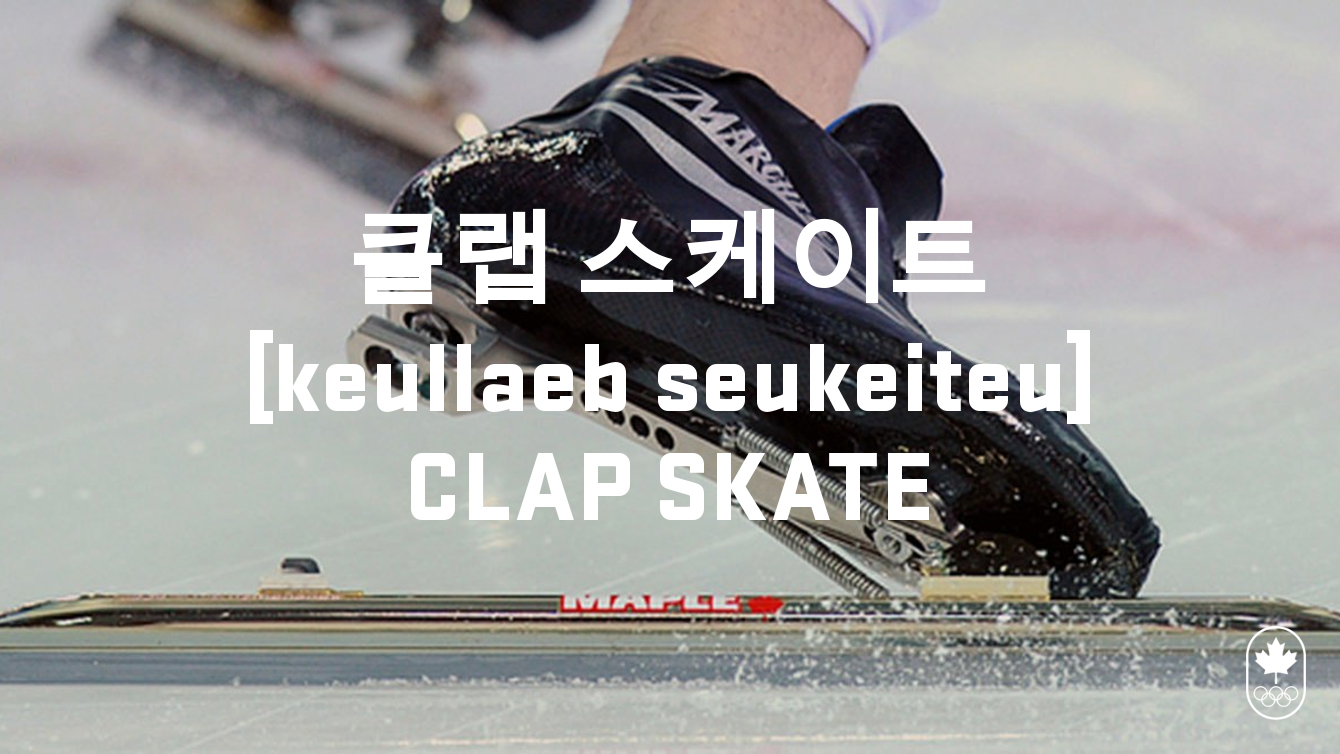 A clap skate is a type of ice skate used in long track speed skating where the blades are attached to the front of the boot by a hinge. This style of skate allows the blade to remain in contact with the ice longer, which distributes the energy in the legs more efficiently. 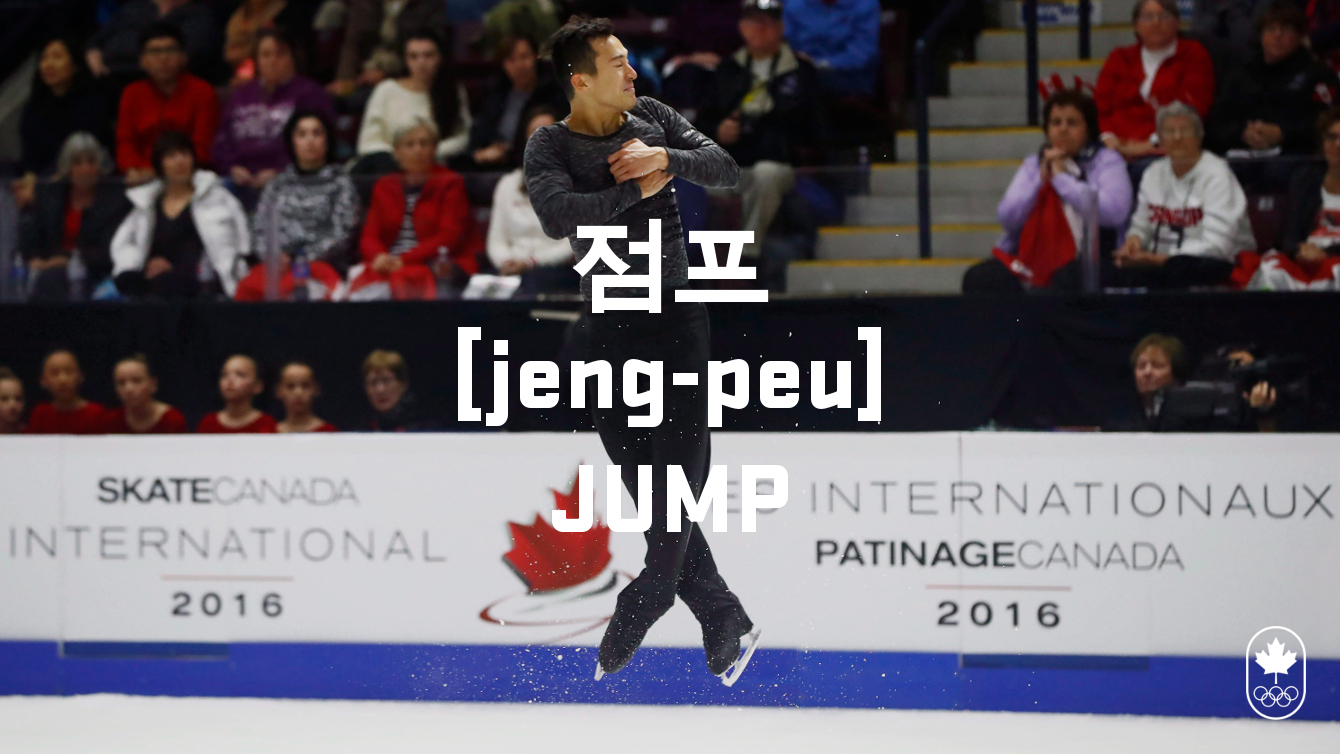 Jumps are hugely important for earning high scores in figure skating. They are evaluated for their quality of execution, speed, height, technique, and flow. There are six different types of jumps – three edge jumps and three toe jumps – identified by the takeoff and landing edge. With a forward takeoff, the axel is considered the most difficult because it has an extra half-rotation to land backwards. All five of the other jumps (toe loop, salchow, loop, flip, lutz) have all been performed with four revolutions. 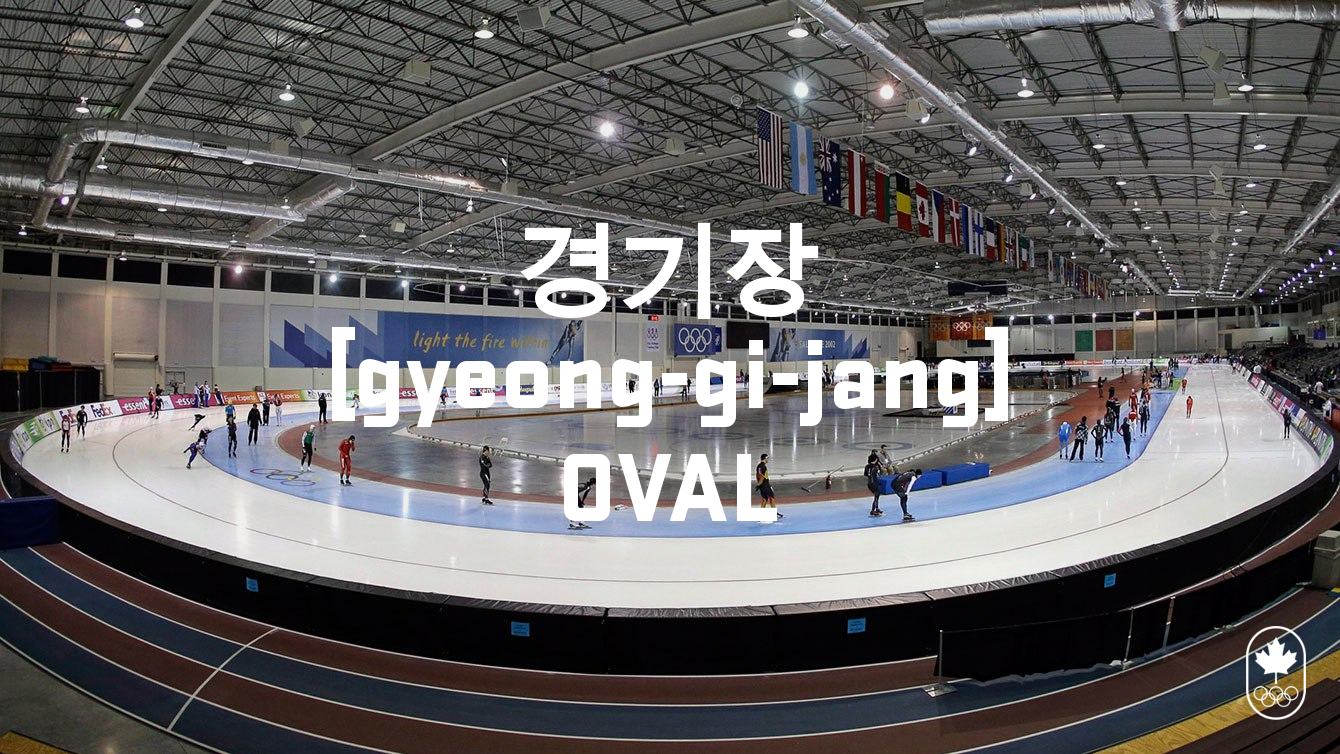 Oval is most commonly used to refer to the rink where long track speed skating events take place. One full lap is 400m, achieved by skaters switching from the inside lane to the outside lane to ensure there is no advantage to starting on the slightly shorter inside lane. In short track speed skating, the oval is 111.12m and marked on an international-sized ice surface. 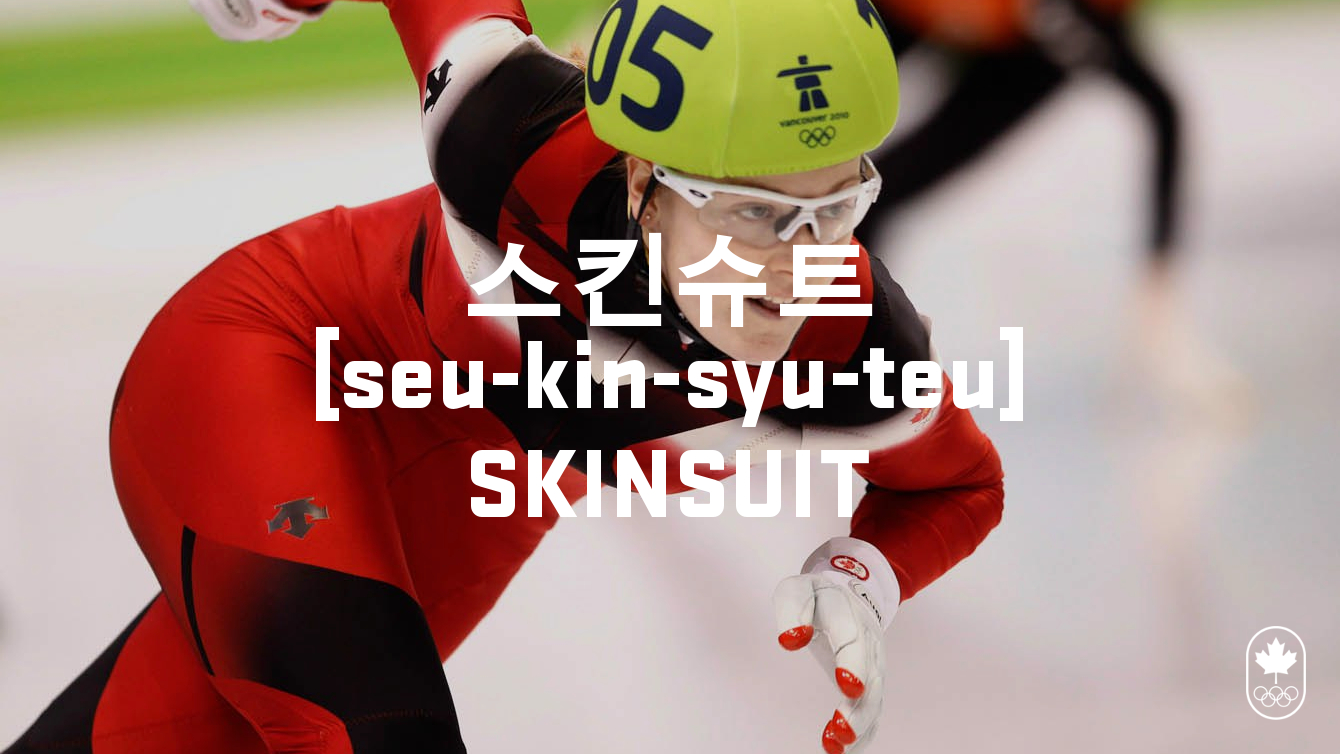 The skinsuit is a tight fitting suit worn by short and long track speed skaters. The suit helps improve a skater’s aerodynamics, which can be the difference between winning and losing races which can be decided by as little as 0.01 seconds. 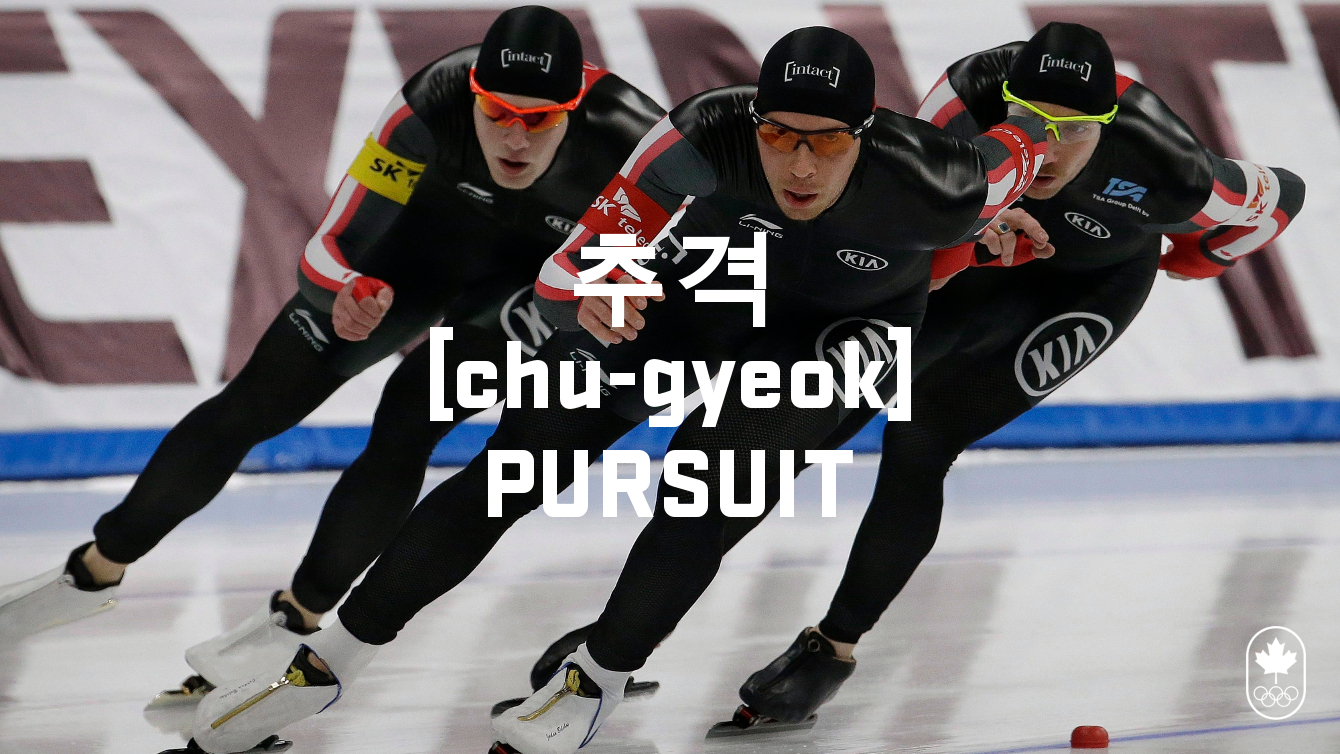 Team pursuit is a long track speed skating event, contested by teams of three skaters. Two teams race against each other, starting at a designated line in the straight away (a straight section in the oval). The head-to-head winner of each race moves on through a bracket-style tournament to determine the Olympic gold medallists. 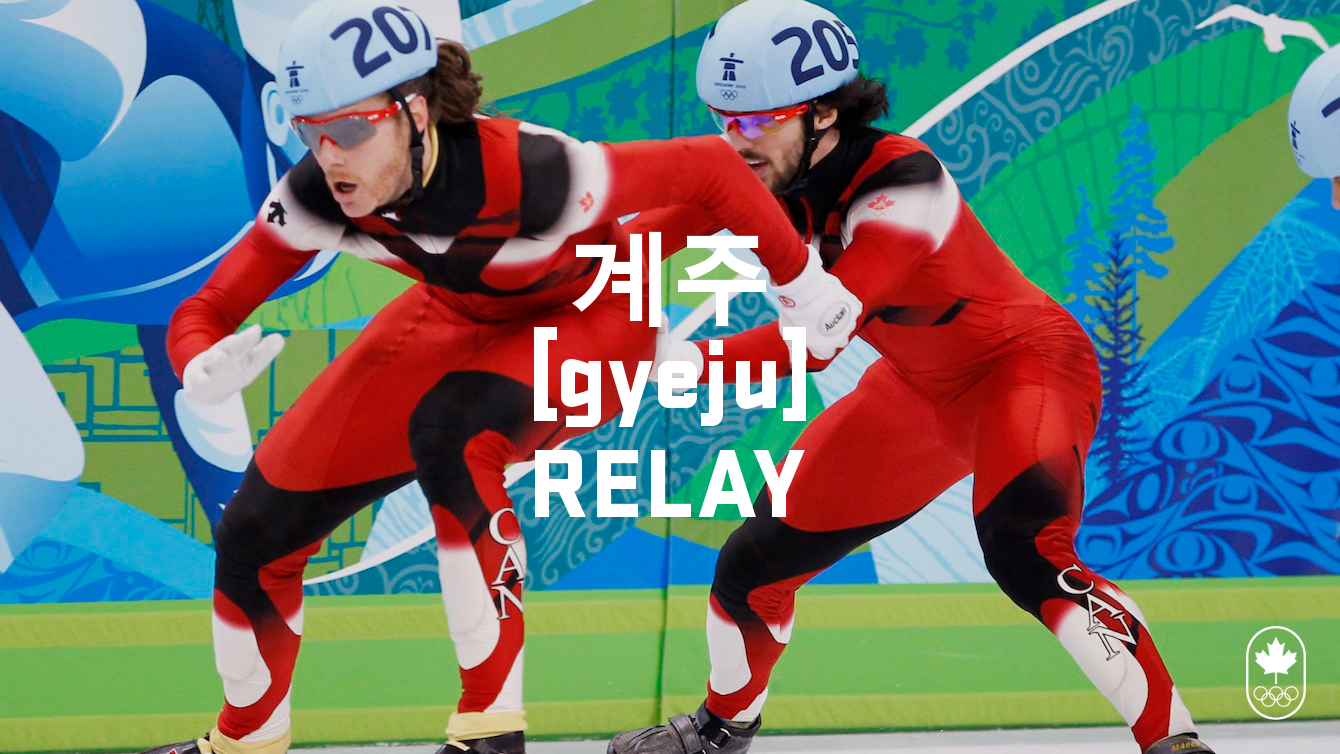 Relay is a short track speed skating event, contested by teams of four skaters. Each skater on a team must take at least one turn of the track during the race. Instead of a baton being passed, like in a track relay, skaters tag each other to exchange who is the active racer. To maintain their team’s momentum, racers will regularly give each other a “tush push” in place of a tag, when the incoming skater crouches and is pushed from behind by the outgoing skater to keep their speed and tag in at the same time. 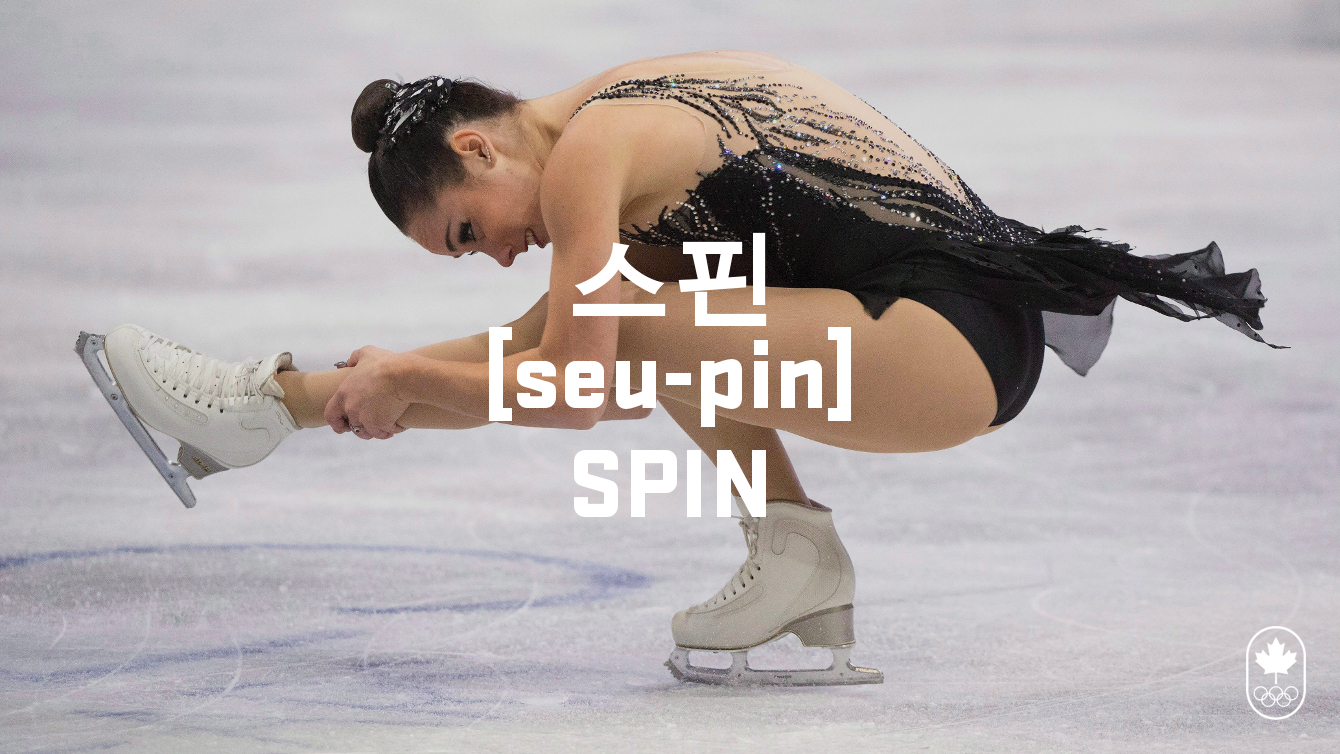 Spins are a common move in figure skating, with variations of upright spins, sit spins, and camel spins. Spins can be performed on either foot while holding one or more body positions, as the skater rotates quickly and elegantly. 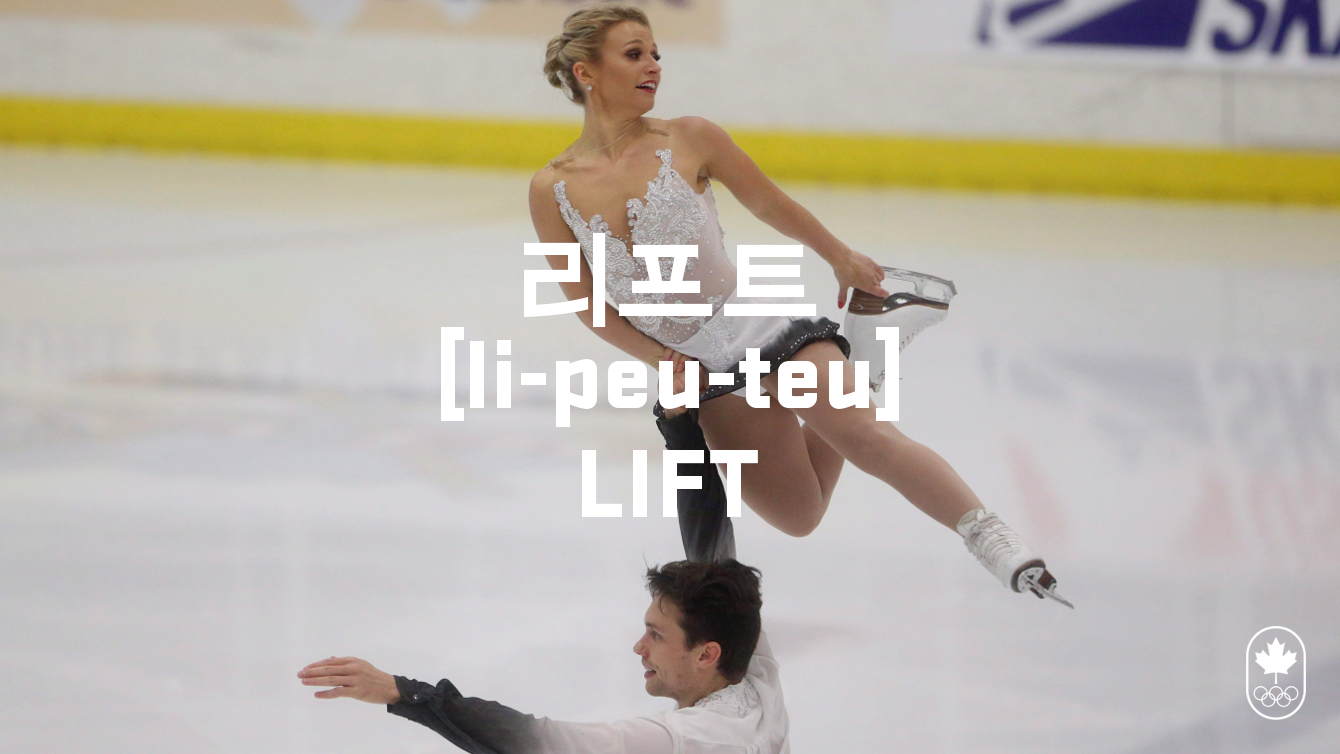 Lifts are an essential element in both pairs figure skating and ice dance. In pairs, the man’s arms are outstretched as he travels across the ice surface, carrying his partner high above his head. In ice dance, the woman cannot be lifted above her partner’s shoulders. 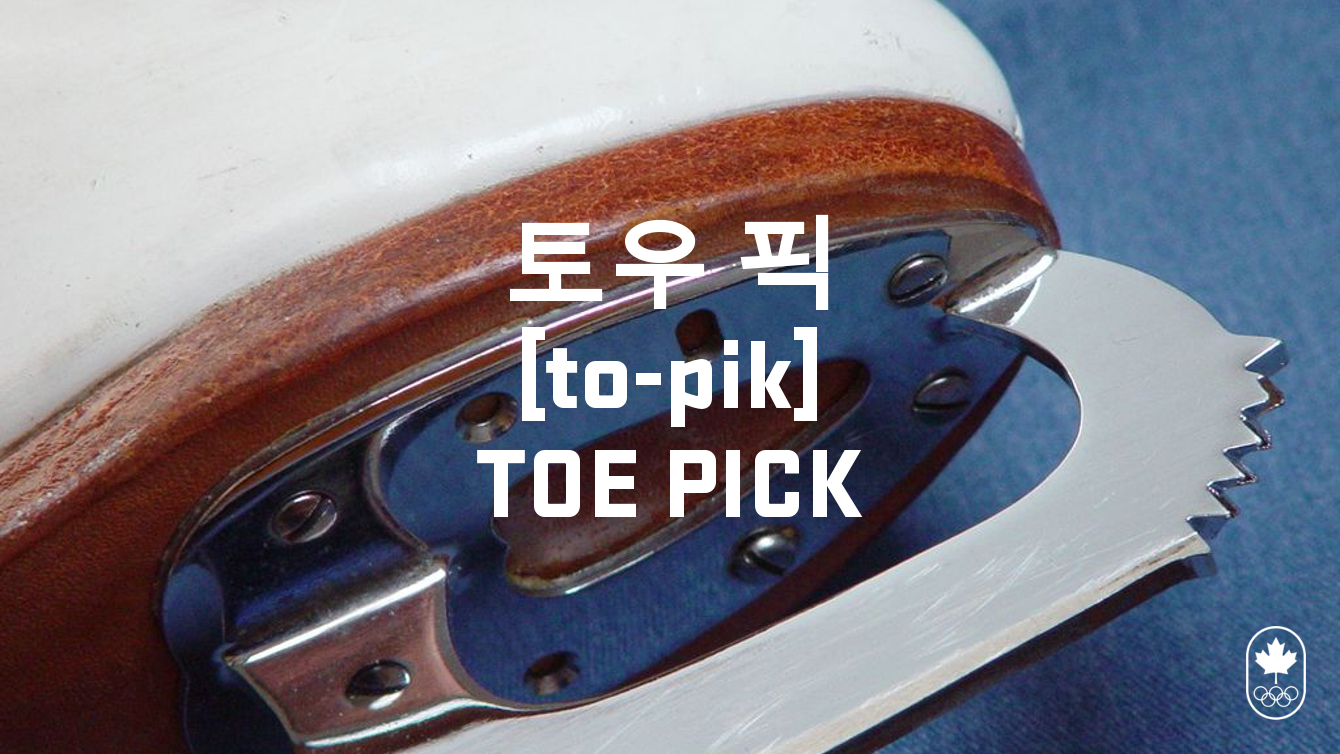 At the front of figure skating blades are jagged teeth. Toe picks are primarily used for jumping to achieve optimal height. 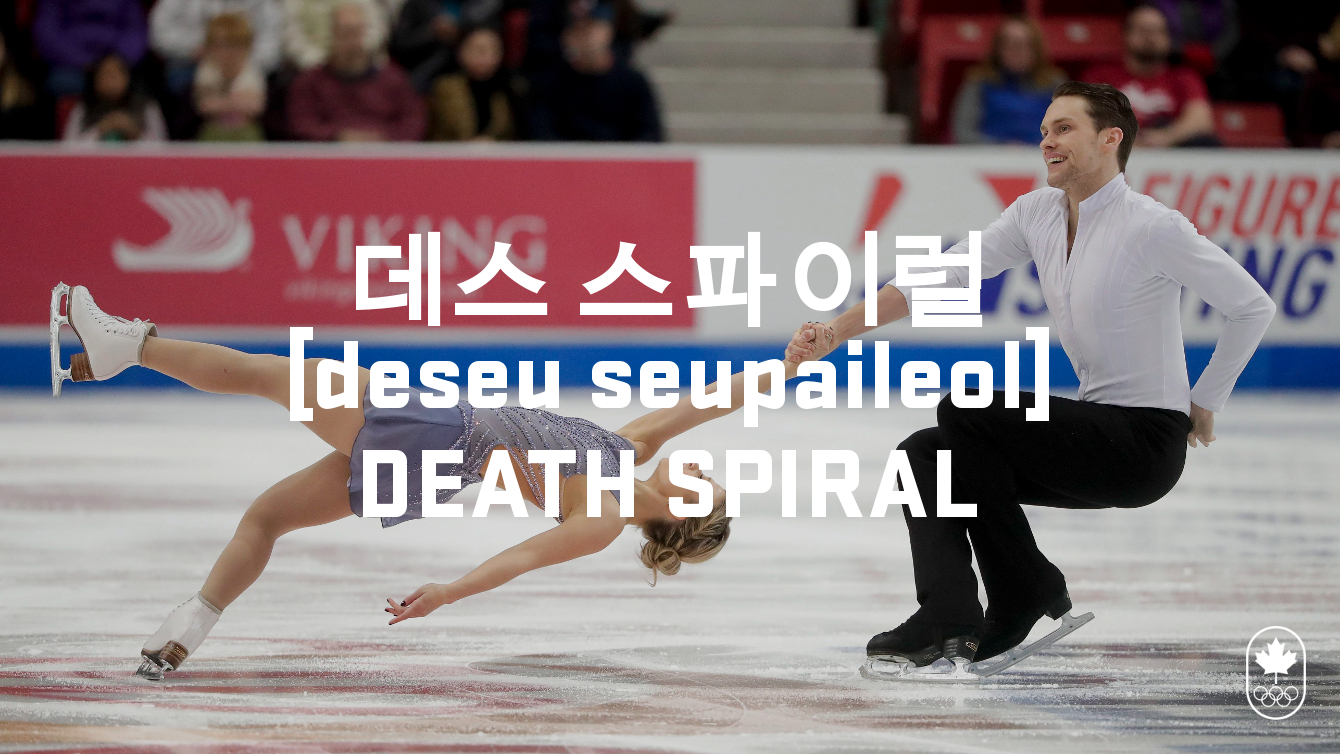 In this pairs figure skating element, the male skater plants one toe tick in the ice and pivots around it while holding his partner’s hand as she rotates around him on a very steep angle. The one-hand version was pioneered by Canadians Suzanne Morrow and Wallace Diestelmeyer in the 1940s.