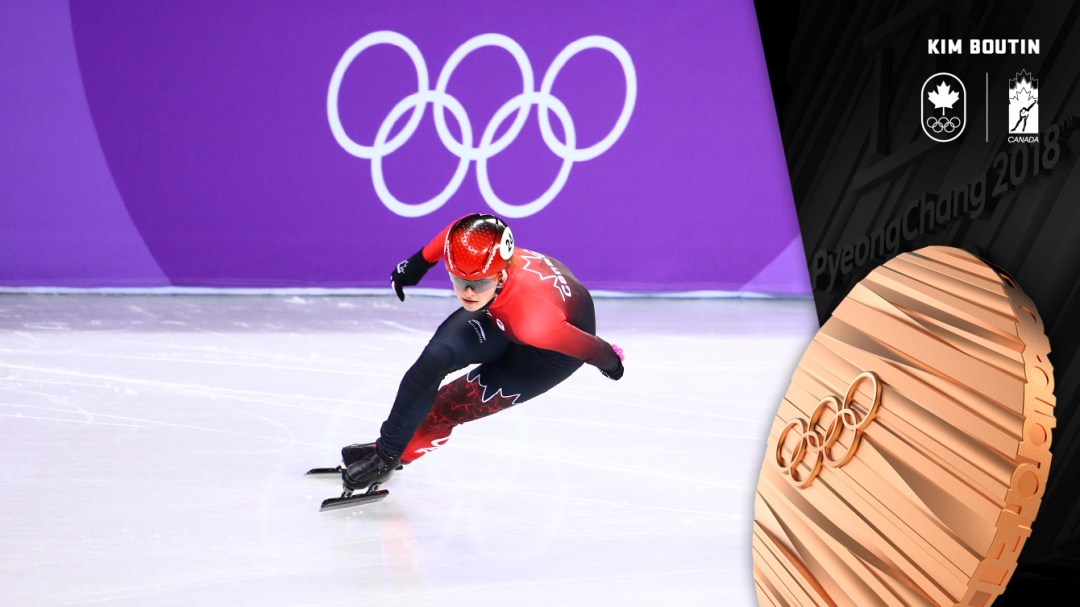 At first it looked like Boutin would go home empty-handed when she was pushed to the side late in the race. But a penalty to South Korea’s Choi Minjeong bumped Boutin onto the podium behind Italy’s Arianna Fontana and Yara van Kerkhof of the Netherlands.

It came down to a video review as to whether Boutin would even get a chance to race for the podium. In her semifinal, she crossed the line in third place after some bumping took place with China’s Qu Chunyu. But the Chinese skater was then penalized and Boutin was advanced into the A final, making it a contest between five women. 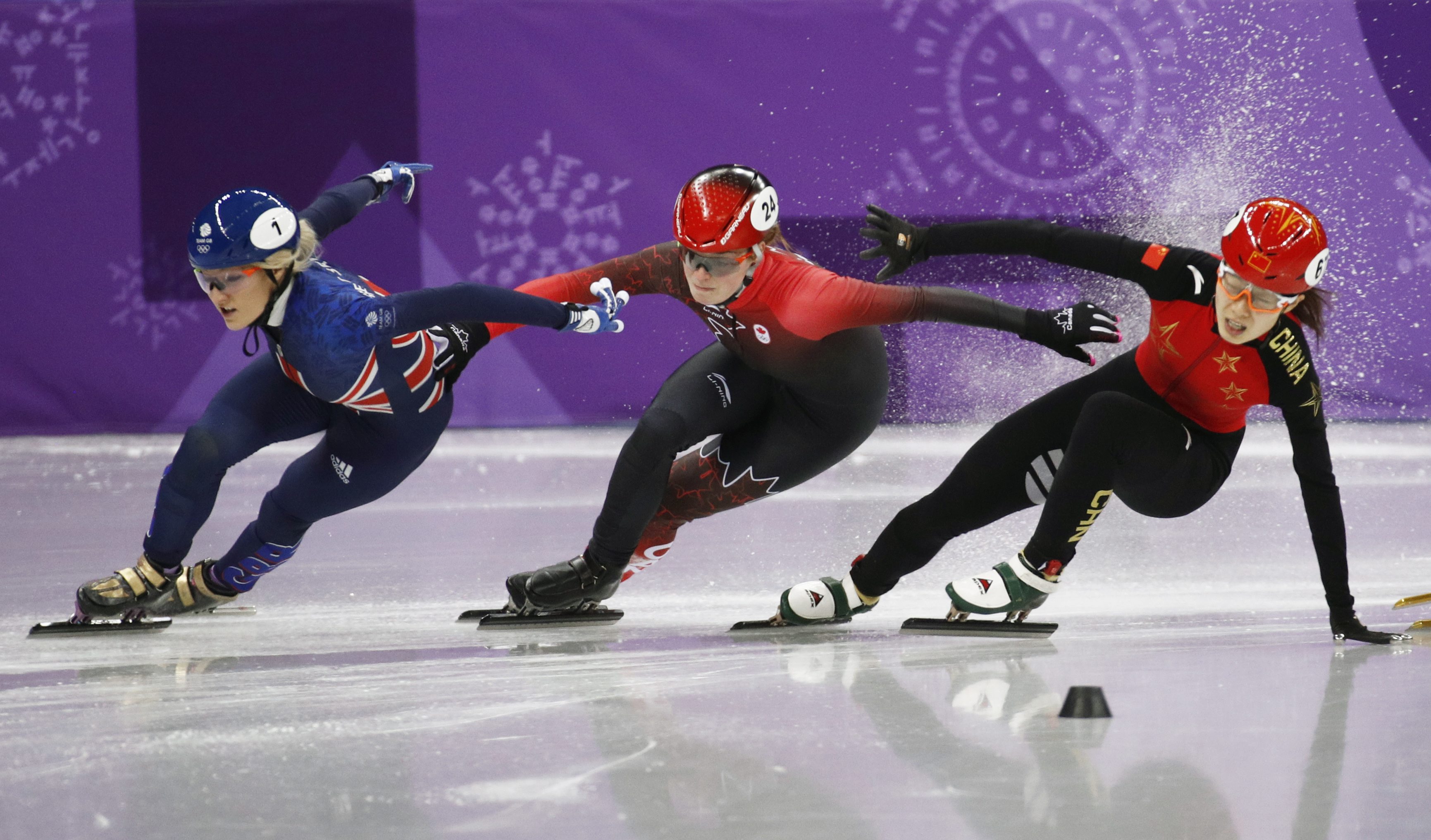 Before making her Olympic debut in PyeongChang, Boutin stood on the World Cup podium twice this season in the 500m, winning gold in Shanghai and silver in Dordrecht, Netherlands.

In a dramatic turn of events, Marianne St-Gelais was disqualified from her quarterfinal heat. She was called for impeding almost immediately after the start. In the very next heat, Boutin crossed the line on her butt after being tripped by Hungary’s Andrea Keszler as they approached the finish. But as the second-placed skater she still advanced to the semifinals.

Canada had three prior medals in the women’s 500m. In addition to St-Gelais’ silver at Vancouver 2010, Annie Perreault won gold at Nagano 1998 and Anouk Leblanc-Boucher claimed bronze at Turin 2006.