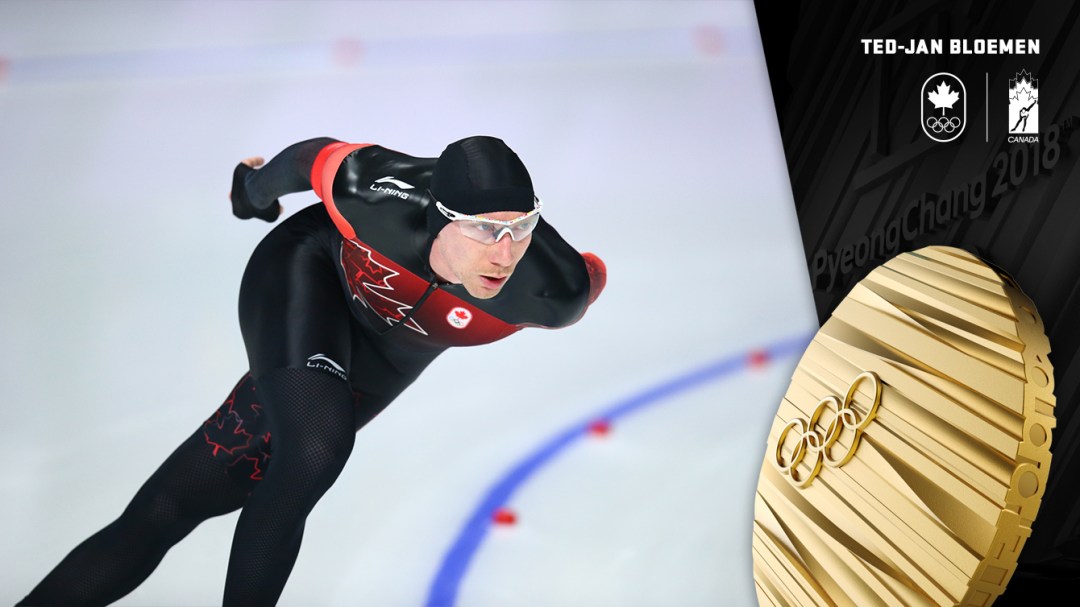 The long track speed skater won gold in the 10,000m on Thursday night, adding it to the silver he captured in the 5000m four nights earlier.

Bloemen completed the 27 laps of the Gangneung Oval in 12:39.77, knocking 2.21 seconds off the Olympic record that had been set in the prior pair by defending Olympic champion Jorrit Bergsma of the Netherlands. Bloemen had been very consistent with his lap times throughout the race, but managed to drop a couple below the 30-second mark in the last 2000m.

Bloemen broke the world record in the 10,000m in November 2015 before winning silver in the distance at the 2016 World Single Distances Championships. He won silver in the only 10,000m World Cup race held this past fall in Stavanger, Norway, finishing second to Dutch star Sven Kramer, who shockingly placed sixth in PyeongChang, one spot behind another Canadian, Jordan Belchos.

Canada’s only other Olympic medal in the 10,000m came more than eight decades ago at Lake Placid 1932. Frank Stack won the bronze medal there when the races were contested pack-style, much like today’s short track speed skating. This is Canada’s first Olympic gold medal in a men’s individual Olympic long track speed skating event since Gaetan Boucher won two at Sarajevo 1984.

PyeongChang 2018 was actually the first Games for which Canada qualified in the men’s 10,000m since Turin 2006.