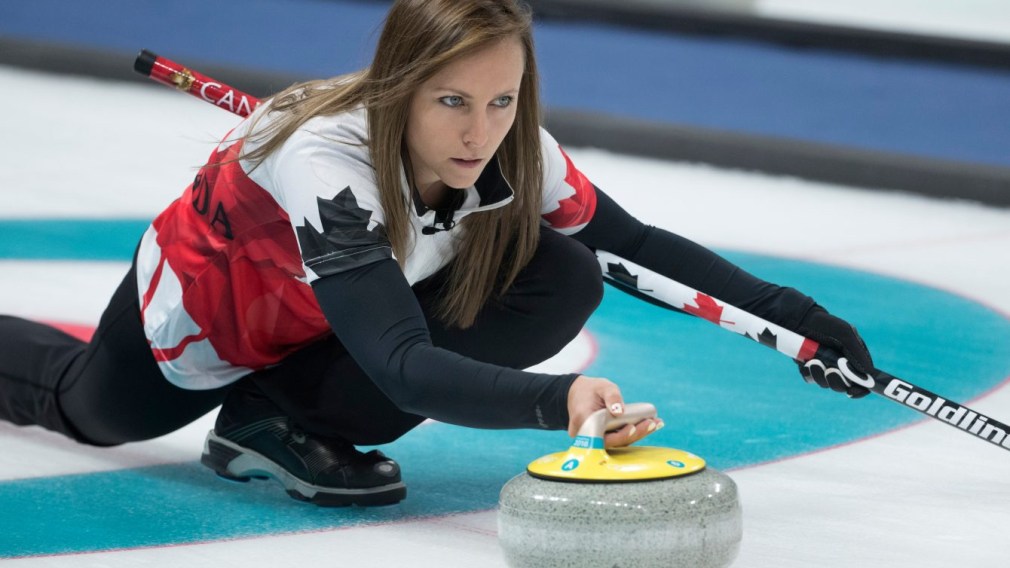 The Team Homan that Canadians are accustomed to seeing has finally arrived at PyeongChang 2018.

The 11-3 win over the United States in just seven ends on Saturday morning (Canadian time) was an extremely welcome result for Rachel Homan’s Canadian rink, after a trio of difficult losses to begin the round robin competition. Homan, in particular, regained some of the composure and precision she’d been lacking in earlier draws.

While the path towards the podium is still a tricky one at this point, the win gives the team of Homan, Emma Miskew, Joanne Courtney and Lisa Weagle something to build upon as the Olympic tournament continues.

Given the psychological impact of back-to-back extra-end losses coming into Day 8, Team Homan badly needed a confidence boost early on against the U.S. That’s just what they got—along with some welcome points—in the first end, courtesy of two vital miscues from American Nina Roth that allowed Canada to steal three.

In the second end, a nice takeout from Homan with her first stone had Roth looking at four Canadian stones in the house. The American played a freeze to the button, but Homan cleared that out too, giving Roth no choice but to draw for just one point.

Homan got that point right back in the third end to go up 4-1, then threw two more precise takeouts in the fourth to again hold Roth to just one with the hammer.

Team Canada’s Emma Miskew pushes out of the hack during round-robin action against Denmark at the PyeongChang 2018 Olympic Winter Games in Korea, Friday, February 16. (THE CANADIAN PRESS/HO – COC Jason Ransom)

The Canadians kept their foot on the gas pedal in the fifth end; Homan drew to the 4-foot with the hammer to score three more, putting her side up 7-2 at the break.

After holding the U.S. to another single in the sixth, Team Homan pounced again in the seventh, putting together a quality end that culminated in a hit-and-stick to score four points and produce some very early handshakes.

Canada back on track in women’s curling with big win over U.S.
Team Canada and Hudson’s Bay unveil Tokyo 2020 uniform kit
Wearing the maple leaf: Team Canada through the decades
What is the difference between racquetball and squash?
Shuttlecock and balls: The fastest moving objects in sport
Brandon McBride: Keeping His Head on a Swivel