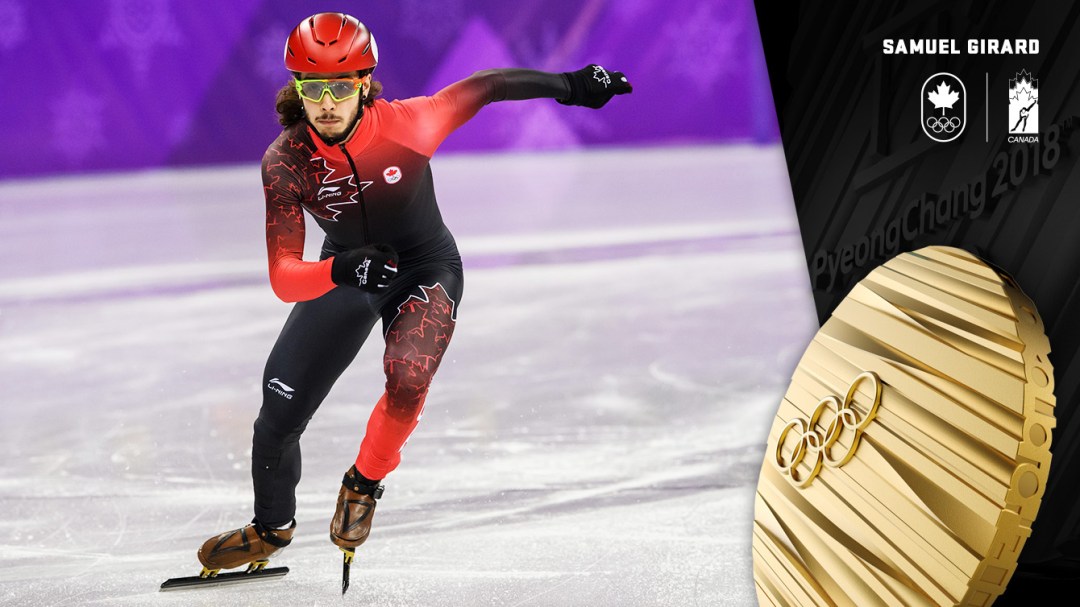 This is Canada’s first ever Olympic gold in the event and it is the first time Canada has won an Olympic medal in the men’s 1000m since Salt Lake City 2002, where Mathieu Turcotte claimed bronze. Canada had actually won four straight 1000m medals up to that point before the lengthy drought began.

Girard won a silver medal in the 1000m at the 2016 World Championships. He also reached the podium twice in the 1000m during the fall World Cup season.

It initially looked like Girard might not get a chance to race for the podium, when he crossed the line last in his semifinal. But he was advanced in the final; unfortunately it came at the expense of teammate Charles Hamelin, who was penalized in their semifinal.