With their Olympic lives on the line, Team Homan found a way to scratch out a victory on Day 9 and get back in the medal-round mix at PyeongChang 2018.

Rachel Homan’s rink defeated Switzerland 10-8 on Sunday morning (Canadian time) to post their second consecutive victory in the round robin. The team had lost three straight to begin the competition, leaving some wondering whether they had any hope of continuing Canada’s rich legacy of podium finishes in Olympic curling.

But Homan, Emma Miskew, Joanne Courtney and Lisa Weagle have shown that there’s plenty of fight left in them. With a 2-3 record and four draws remaining, their fate is still very much up in the air—but they’ve now, at least, given themselves a chance. 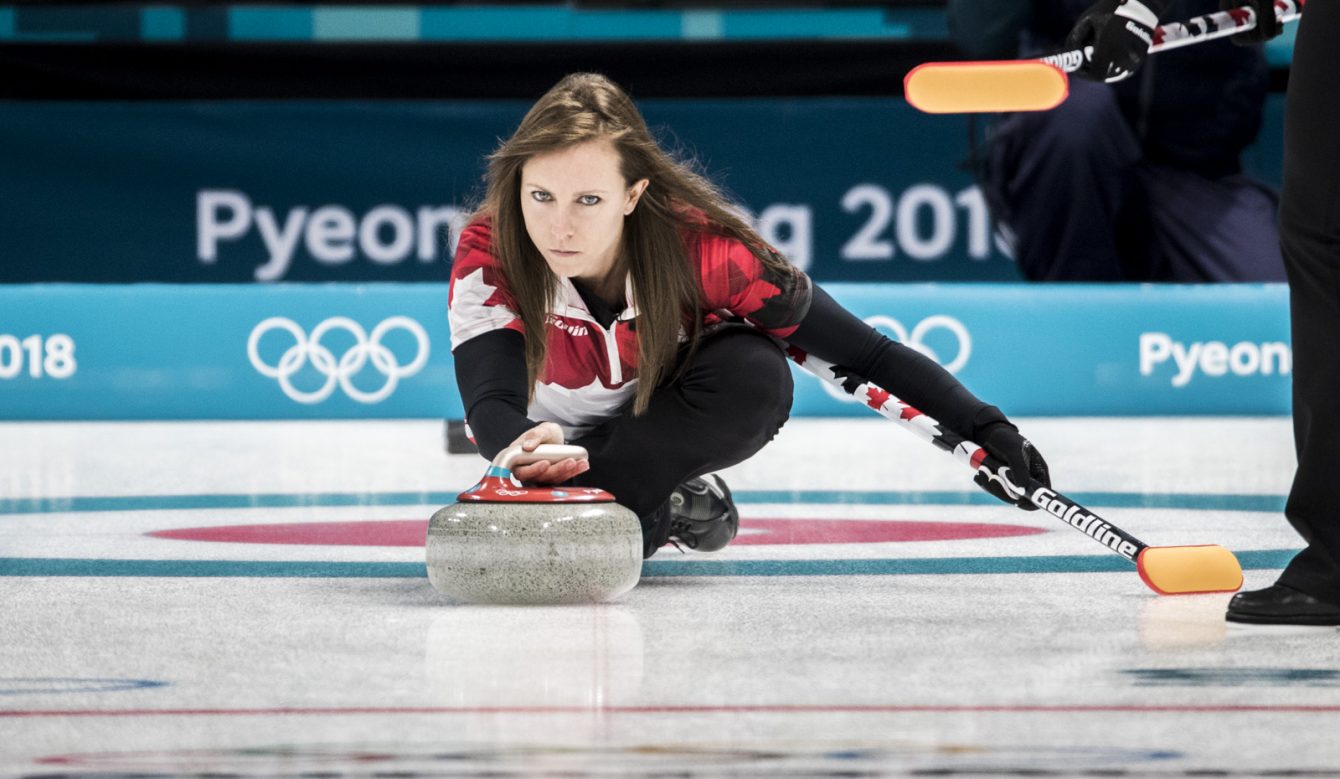 The women’s draw between Canada and Switzerland began with a single point for the Swiss in the first end. From a Canadian perspective, it was a far better result than the men’s draw earlier on Day 9, when Team Koe had conceded four in the first, a deficit they couldn’t overcome.

Homan blanked the second end, then capitalized on the opportunity to score a deuce in the third end and put Canada up 2-1.

In the fourth end, Homan showed some of the troubles with shot weight that had afflicted her earlier in the competition, and Swiss skip Silvana Tirinzoni jumped on it, scoring three points to put her rink up by a pair.

So, just like Team Koe earlier in the Olympic day, Team Homan found themselves playing catch-up against the Swiss. But the Canadian women didn’t have to wait long to erase the Swiss lead; Homan had an open draw to the 4-foot in the fifth end to score two and equalize things at 4-4.

After a miscue by Homan, Tirinzoni came up with a massive shot to close out the sixth, putting up another three-point end for Switzerland. All of a sudden, Team Homan found themselves in the same position as Team Koe, running out of time to close the gap against Switzerland.

With a draw to the button on her last stone in the next end, Homan scored two and brought the score to 7-6 Switzerland after seven—the same scenario that the Canadian men had been facing earlier. But that’s where the Canadian rinks’ fates conclusively diverged.

Tirinzoni had a straightforward hit-and-stay for one in the eighth, with the hammer going back to Homan for the ninth. 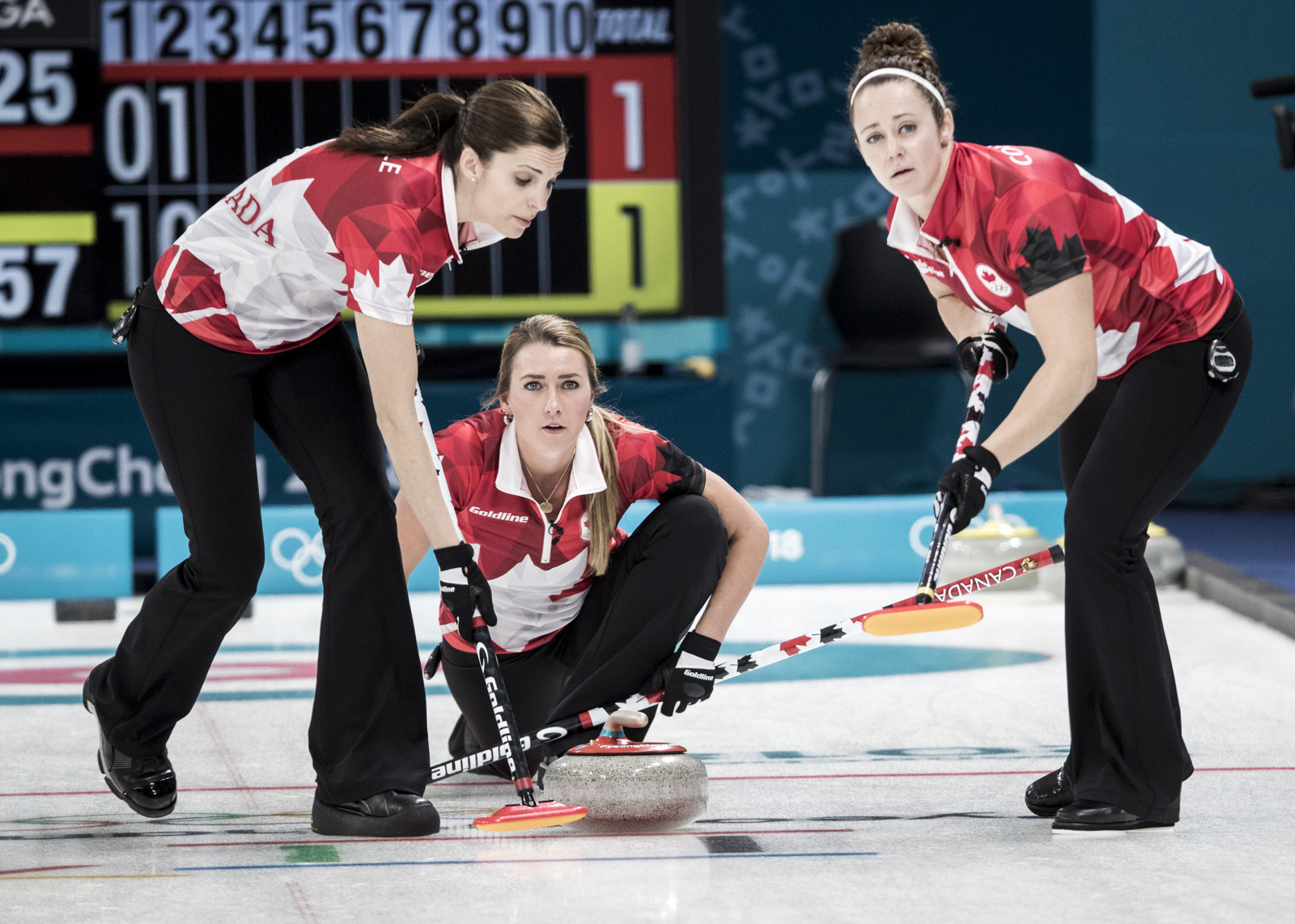 Canada called a timeout and had a heavy-duty strategy session ahead of Homan’s first stone in the ninth end, realizing that their whole tournament could be hanging in the balance. It paid dividends—a few misses from the Swiss also played a part, to be fair—as Homan was ultimately left with an open hit for three and a 9-8 lead.

In a tense, calculated 10th end, Canada forced Tirinzoni into a challenging draw to try and score one and send the game to an extra end. But the Swiss skip’s final stone was heavy, and Canada walked away with a steal and the win.