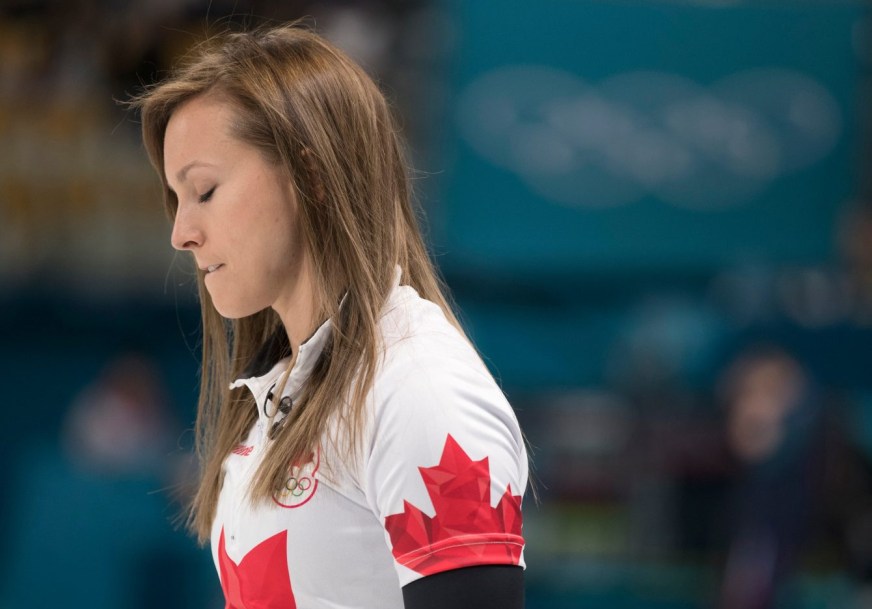 Canada is down—but not yet out—in women’s curling at PyeongChang 2018, after Team Homan suffered their fourth loss of the round robin.

The 7-5 defeat at the hands of China on Tuesday morning (Canadian time) gives Rachel Homan’s rink a record of 3-4 with two draws remaining in the round robin. It puts the Canadian team in a difficult position to reach the medal round, needing to win their next two draws and hope for advantageous outcomes from other sheets along the way.

But as we’ve seen already at these Games, the team of Homan, Emma Miskew, Joanne Courtney and Lisa Weagle have the capacity to bounce back and overcome adversity. 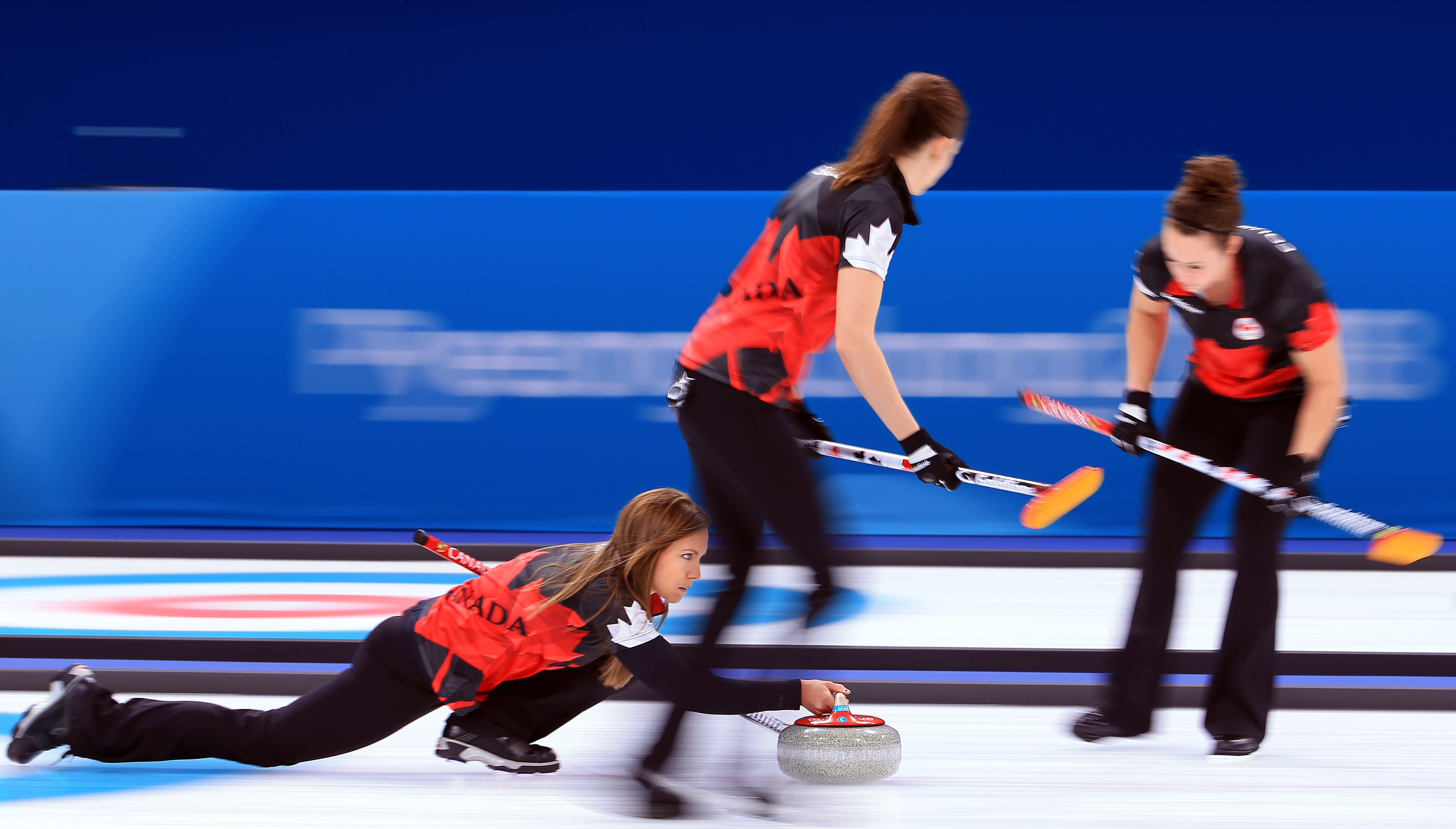 Rachel Homan of Canada throws a rock as Canada play Switzerland at the Gangneung Curling Centre during the PyeongChang 2018 Olympic Winter Games in PyeongChang, South Korea on February 18, 2018. (Photo by Vaughn Ridley/COC)

The Day 11 draw between Canada and China (skipped by Wang Bingyu) started off with a blanked end for Team Homan, and continued with a steal of two for China in the second end, when Homan hit a guard with the hammer.

Homan fought back with a draw to the 8-foot that scored one in the third end, and then were the beneficiaries of a mistake from Wang with her final stone in the fourth that allowed a Canadian steal of two, for a 3-2 Canadian lead.

The Chinese skip atoned for that error in the following end, however, coolly executing a tricky draw to the back 4-foot to score three and go up 5-3 at the break.

China did a good job to hold Canada to a single point in the sixth, then blanked the seventh end to take a one-point lead into the game’s final stages.

As time wound down, every shot took on an added sense of urgency. With her first stone of the eighth end, a misjudgment of shot weight by Wang gave Canada the chance to lie two as the hammer approached. And with that final stone, Wang threaded the needle to score one and give China a 6-4 lead.

Canadian eyes lit up before Homan threw the hammer in the ninth, as she set up to attempt an audacious triple takeout that would have scored two and tied the game. As it was, she took out two Chinese stones to score one and head into the 10th end at a one-point disadvantage… and without the hammer.

Canada called a timeout ahead of their final stone, musing about their best course of action. They threw up a guard, hoping Wang would be unable to successfully draw to the 4-foot. Unfortunately for Team Homan, the Chinese skip came through, and the game was over. 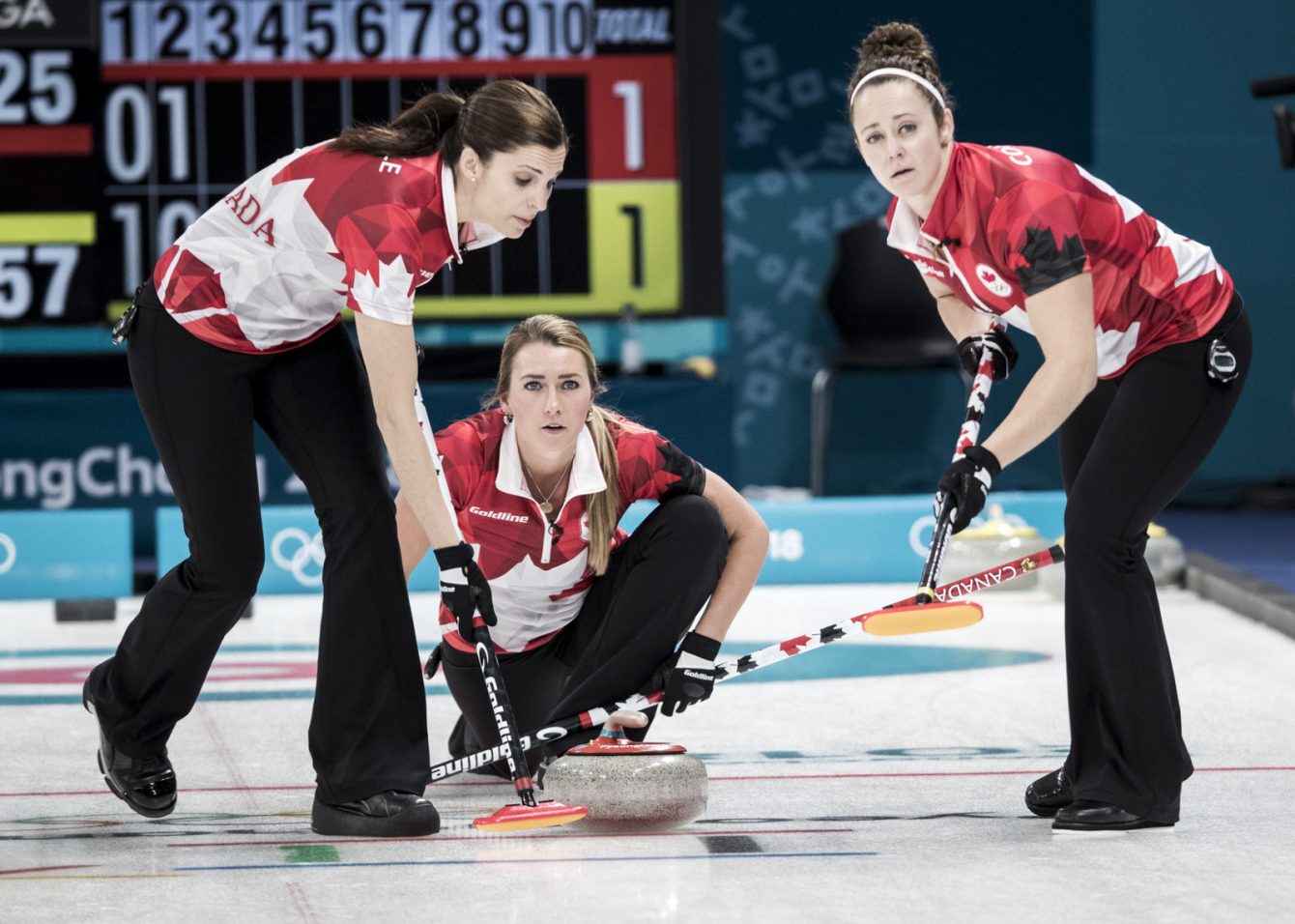 The Canadian women then close out the round robin against the Olympic Athletes from Russia at 6:05 a.m. ET/3:05 a.m. PT Wednesday. Team Homan could also potentially have a tiebreaker later that day, at 7:05 p.m. ET/4:05 p.m. PT. 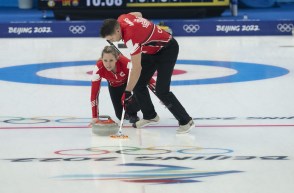