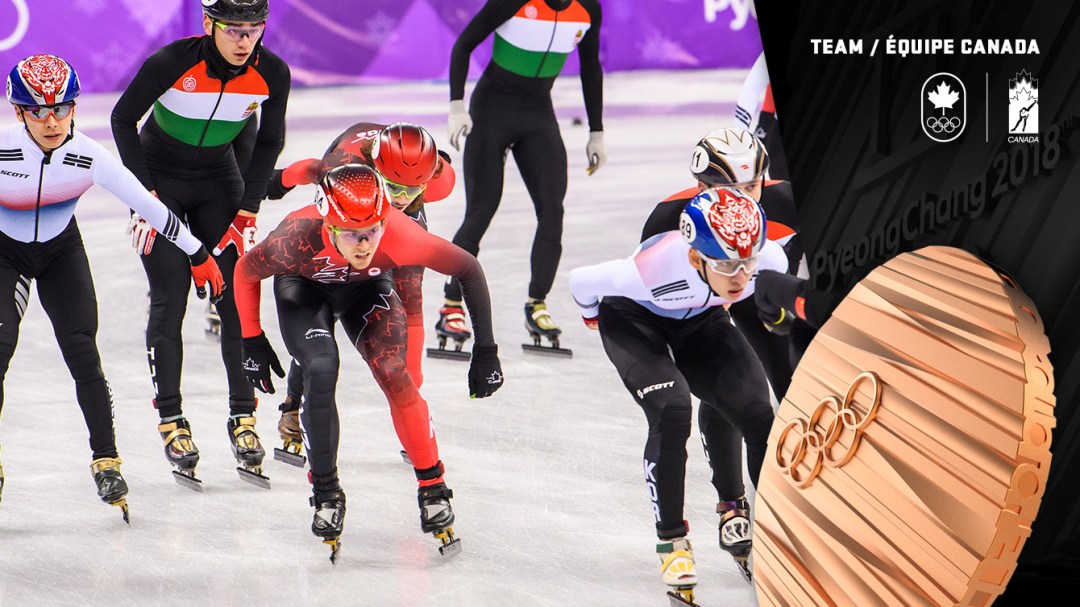 With that, Charles Hamelin now has five Olympic medals in his career, tying him as Canada’s most decorated male Olympian of all-time. He matches the medal total of fellow short track speed skaters Marc Gagnon and Francois-Louis Tremblay, as well as Canada’s star runner of the 1930s, Phil Edwards.

Hamelin was joined in the final by Samuel Girard, Charle Cournoyer and Pascal Dion, the same quartet that had raced in the heats. Girard is a double medallist in PyeongChang, adding to the gold he won in the 1000m. Cournoyer earns career Olympic medal number two, having been the 500m bronze medallist at Sochi 2014. For Olympic rookie Dion, it will be the first time he stands on the podium.

Hamelin is the first short track speed skater to ever complete the medal set in the 5000m relay. He won silver at Turin 2006 and gold at Vancouver 2010.

Canada had previously won gold at Nagano 1998, Salt Lake City 2002 and Vancouver 2010 to go with silver medals at Albertville 1992 and Turin 2006. Canada has more Olympic medals in the 5000m relay than any other country.