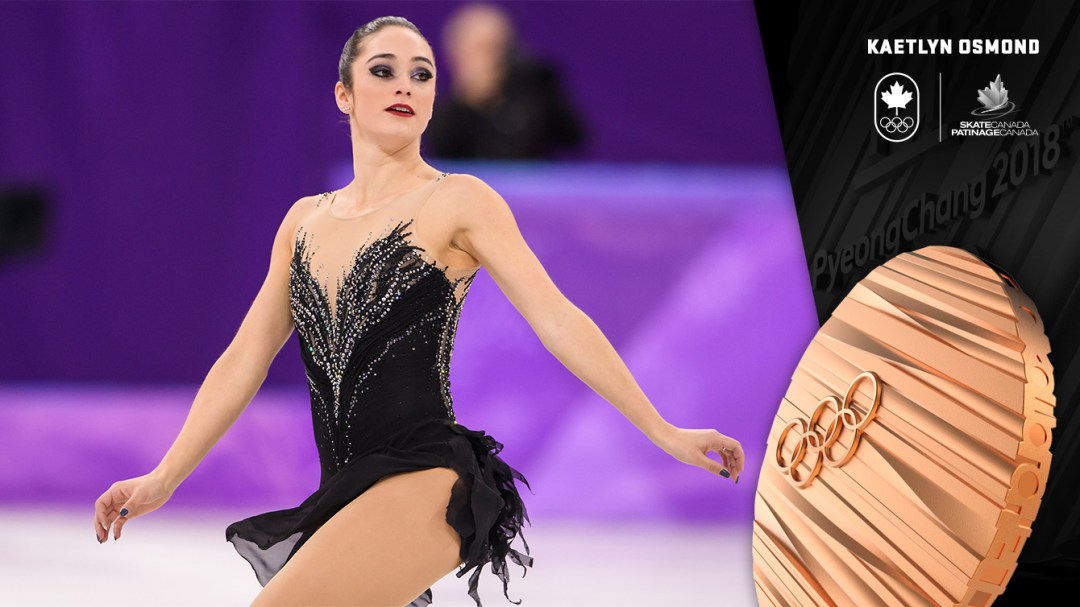 Kaetlyn Osmond is a now a three-time Olympic medallist, winning bronze in the women’s singles event for her first individual podium at the Winter Games.

Osmond took to the ice after Olympic Athlete from Russia Alina Zagitova, the short program leader, had gotten a standing ovation for her program that featured all seven of her triple jumps in the second half, giving her a 10 percent bonus on each one. She rocketed into first place with an overall score of 239.57 points.

But Osmond didn’t let that rattle her, as she reeled off seven triple jumps of her own, beginning with an excellent triple flip-triple toe combination. Even the triple loop, which had been a bit of a nemesis during the fall, was no problem as she landed it with confidence. Osmond blew away her previous personal best score in the free skate, earning 152.15 points from the judges for an overall total of 231.02, almost 13 points better than what won her the silver medal at last year’s world championships.

Reigning world champion Evgenia Medvedeva, also an Olympic Athlete From Russia, was last to skate and fell in just behind her countrywoman with 238.26 points.

Osmond started PyeongChang 2018 with a gold medal in the figure skating team event, which added to the silver she earned as a member of the team at Sochi 2014.

She is now the sixth Canadian woman to stand alone on an Olympic figure skating podium, 70 years after the first, Barbara Ann Scott, won gold at St. Moritz 1948.

Osmond’s medal comes just eight years after Joannie Rochette won an emotional bronze at Vancouver 2010. That had ended a much longer 22-year drought for Canada, which had endured since Elizabeth Manley won silver at Calgary 1988. Before that, Karen Magnussen earned silver at Sapporo 1972 and Petra Burka came home with bronze from Innsbruck 1964.