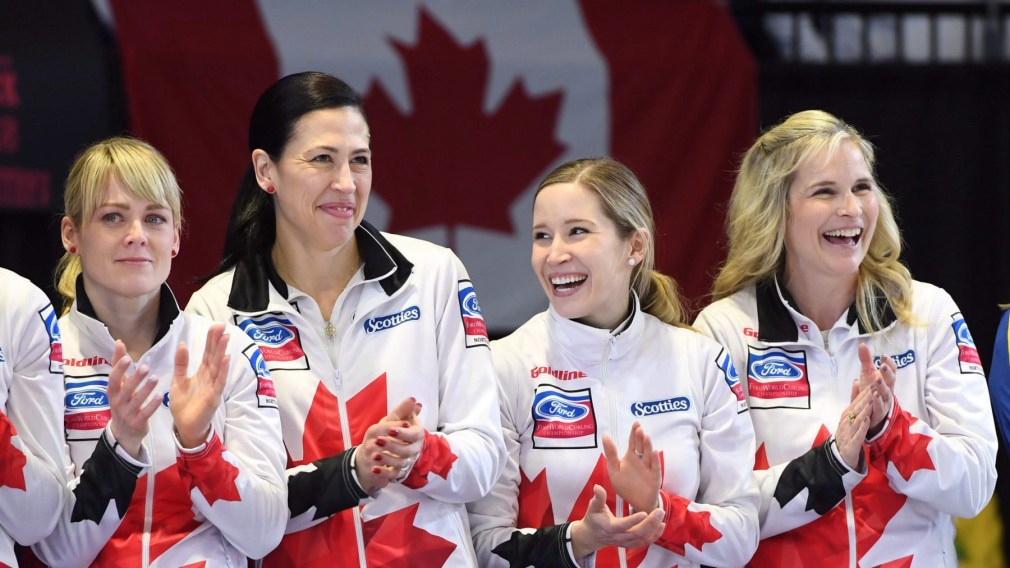 For the second straight year, Team Canada has gone undefeated to win gold at the World Women’s Curling Championship.

They sealed the deal with a 7-6 win in 11 ends over Sweden, giving Canada its 17th women’s world title, adding to the all-time leading total.

It’s the first time in a decade that Canada has won back-to-back gold at the women’s curling worlds. 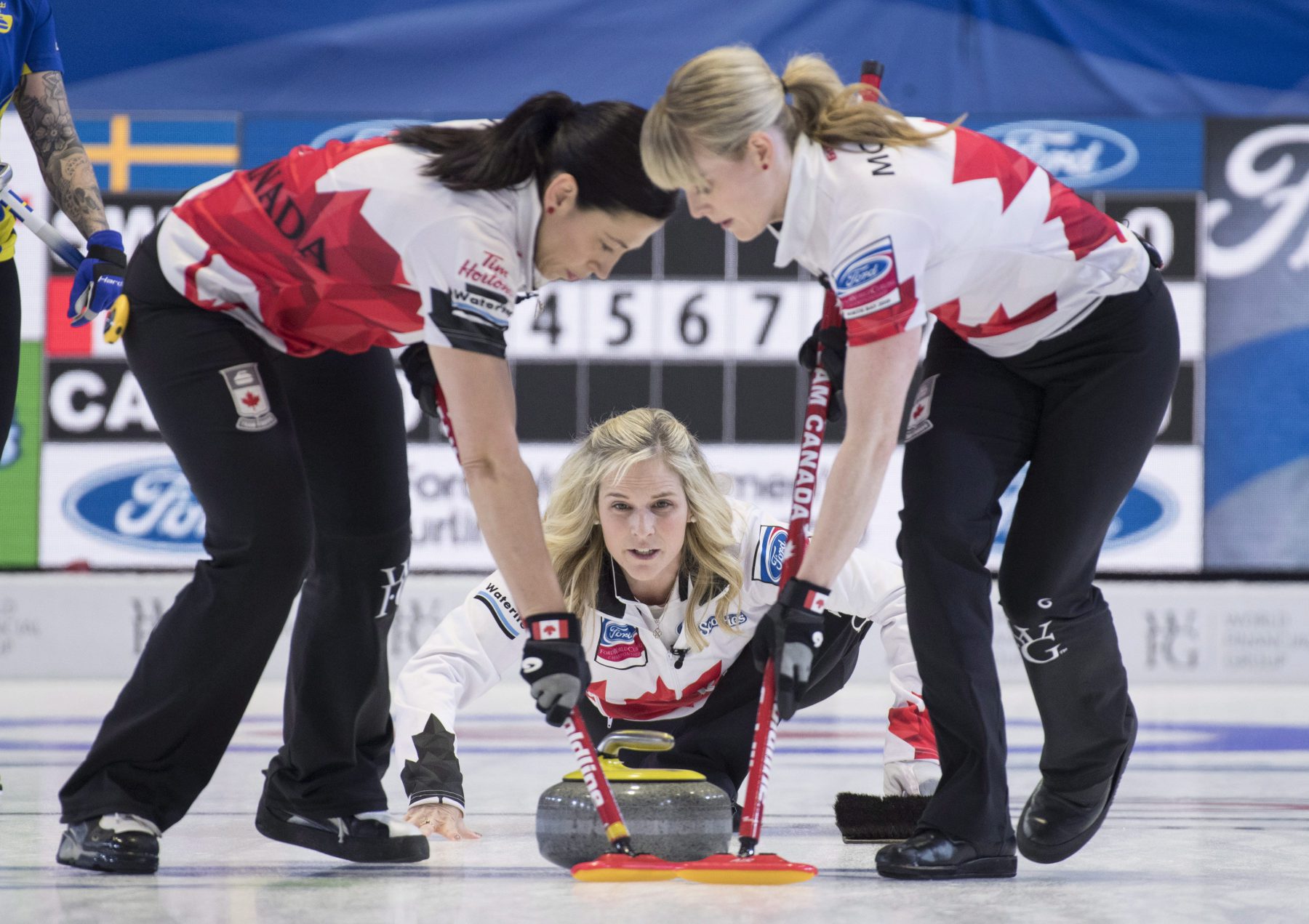 The gold medal game was a showdown between the last two teams to win Olympic gold. While Jones’ rink had run the table to be victorious at Sochi 2014, it was Sweden’s Anna Hasselborg who had skipped her squad to the top of the podium just a month ago at PyeongChang 2018.

With the hammer to start the game, Canada ended up blanking the first three ends. But the stalemate was finally broken in the fourth end. Lying one, Jones delivered a draw that looked like it might be heavy before it stopped at the back of the four-foot to score two.

In the fifth, Jones’ first shot wrecked on a guard, which allowed the Swedes to set up three of their own stones in the house. Jones was also off with her last throw and could only clear one of them instead of getting the double takeout she was hoping for. That gave Hasselborg an easy draw to take a 3-2 lead. 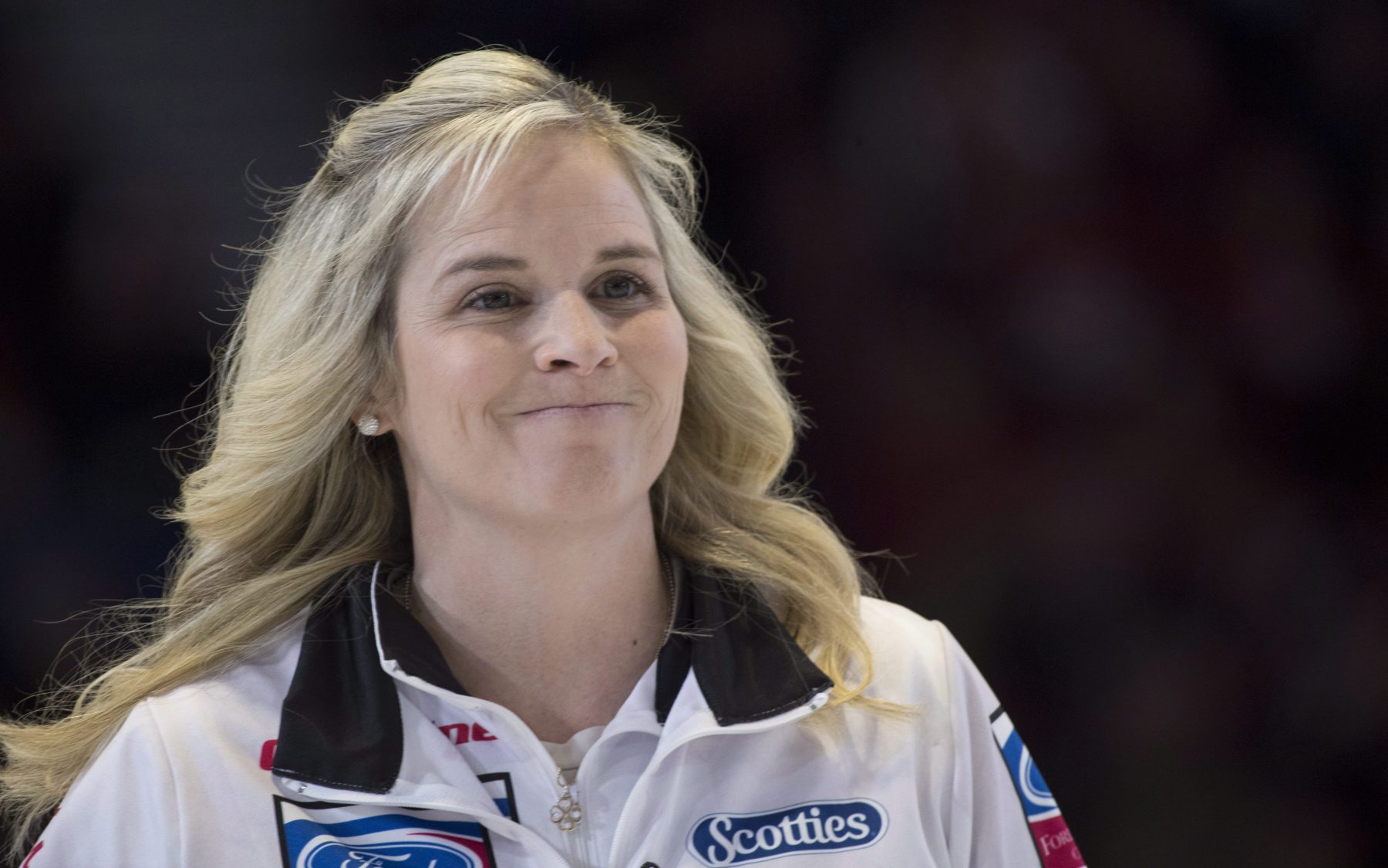 Canada skip Jennifer Jones reacts to one of her shots as they face Sweden in the gold medal game at the World Women’s Curling Championship Sunday, March 25, 2018 in North Bay, Ont. THE CANADIAN PRESS/Paul Chiasson

Back with the hammer in the sixth, Canada was lying one inside three Swedish stones. Jones attempted to draw in to be third shot as well, but came up just short. She got lucky, though, when Hasselborg’s last shot picked on the way down the ice. Jones was then able to hit and stick to score two and regain the lead, 4-3.

Without last rock in the seventh end, the Canadians crowded the house, lying four as Hasselborg stepped into the hack. After a hit and roll to become shot rock, Jones cleared that one away. Facing three Canadian stones with her last shot, Hasselborg was forced to draw for a single, tying the game 4-4.

After blanking the eighth, Officer and Lawes had a couple of misses in the ninth, so the end didn’t set up as the Canadians hoped. With her first shot, Jones made a freeze that pushed out one of the Swedish stones, but it was impossible to tell who had shot rock. She took care of that with her final throw, making a brilliant runback to score two for a 6-4 lead heading into the final end.

But the Swedes forced it to an extra end. After Jones placed a guard just a few inches off from where she wanted, Hasselborg made a perfect shot to get rid of the Canadian shot stone and score two, making it a 6-6 game.

Canada had the hammer in the 11th end. Lying one, Jones was way light on her first shot, failing to get it across the hog line. But they caught a break on Hasselborg’s last shot as she completely missed the rocks in the house, giving Canada the victory. 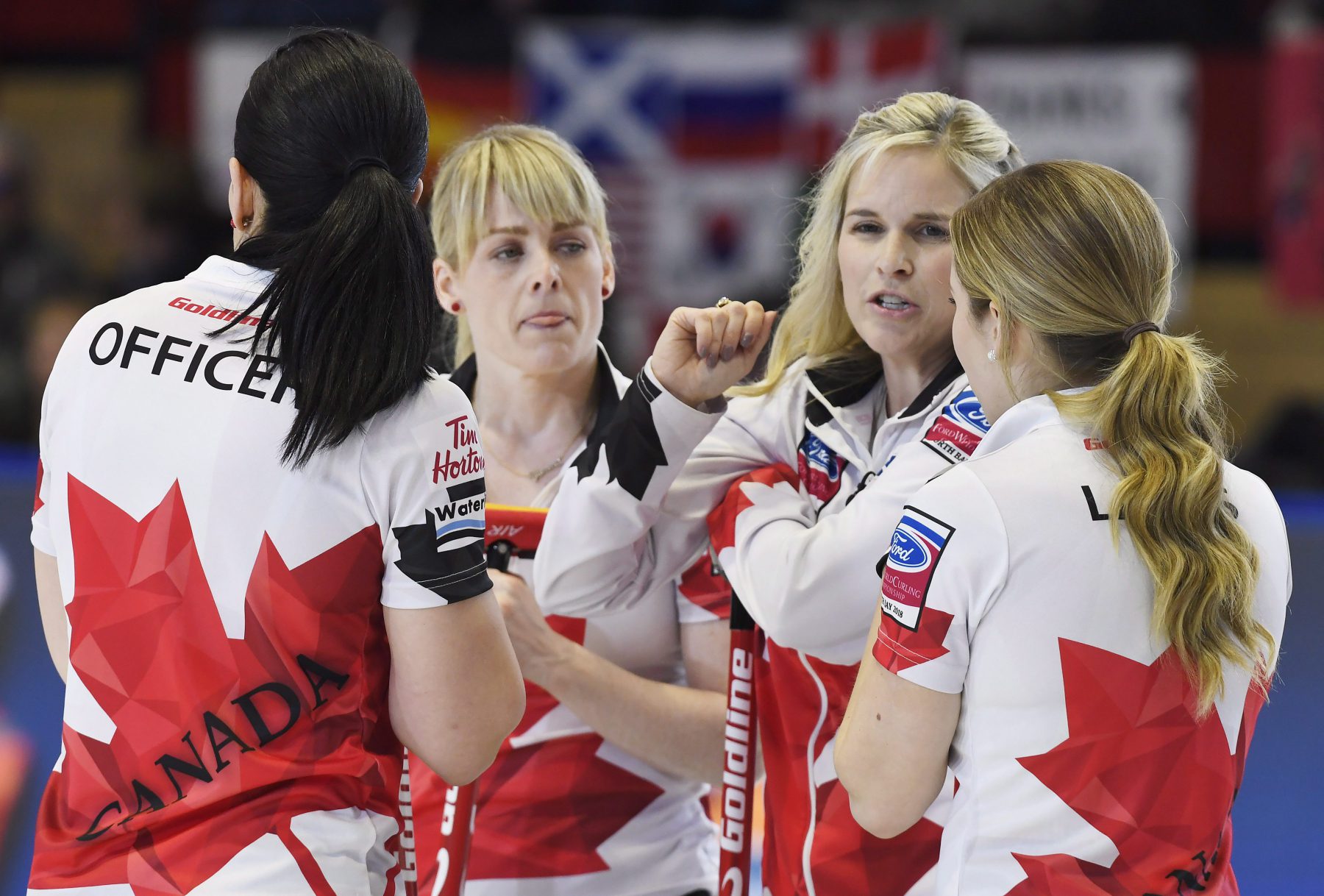 This was Jones’ sixth world championship appearance. Officer and McEwen were with her when she won her only other world title in 2008 while this same foursome finished second in 2015.

The end of the worlds also marks the end of an era. Officer has already announced that she will stepping away from being a fulltime player after playing with Jones for 23 years. Together they won six national titles as well as the gold medal in Sochi. Officer will to be the team’s alternate while Jocelyn Peterman, who won a national title in 2016 with skip Chelsea Carey, will move into the lineup at second.