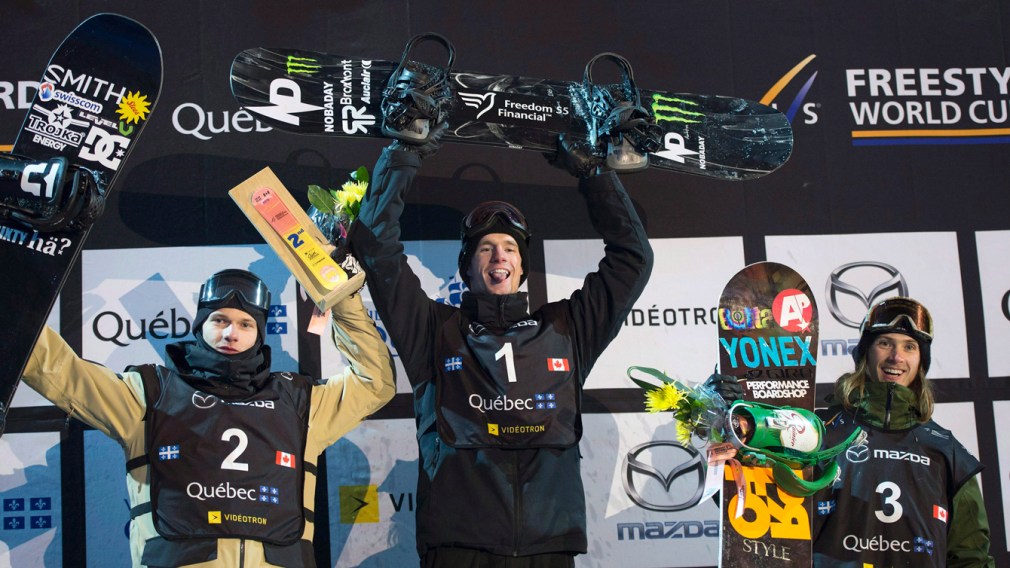 By The Canadian Olympic Committee
March 25, 2018

In the last FIS Snowboard World Cup event of the 2017-18 season Parrot took the men’s title with a two-run combined score of 195.25, with fellow Canadian Antoine Truchon (168.00) joining him on the podium for third place. Jonas Boesiger of Switzerland (182.25) was second.

Soaring into the night at his home province, Parrot was by far the most dominant rider at the competition, with three scores of over 94. With the top two scores counting toward the final standings, Parrot had first place virtually locked up. For good measure, the Canadian laid down a monstrous 98.50 on his third attempt.

The third Canadian podium finish arrived in the women’s event where Laurie Blouin, who – like Parrot – also won a snowboard slopestyle silver in PyeongChang last month, needed a big second run, and landing on her third to secure a podium place.