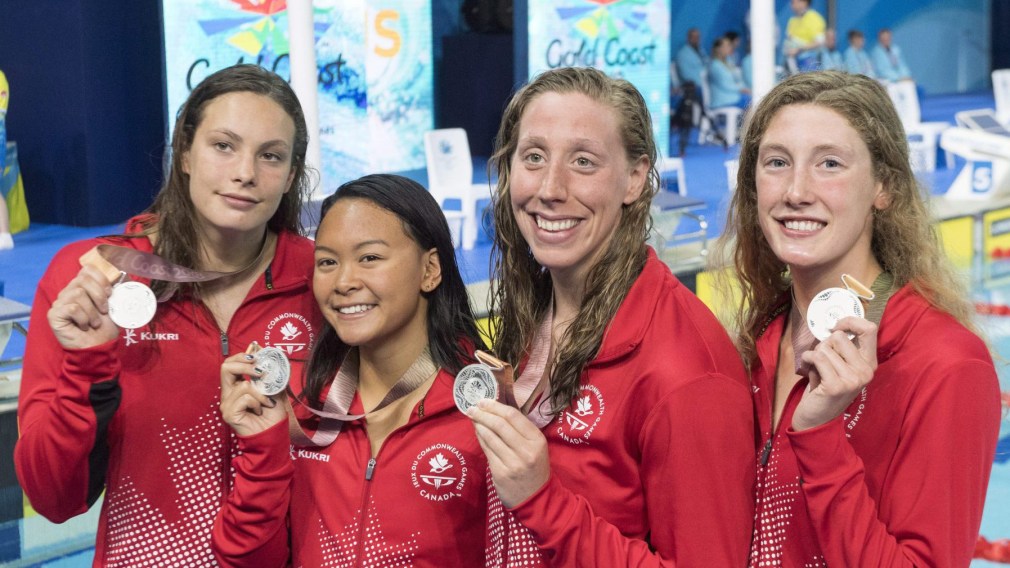 Team Canada didn’t have to wait long to win its first medal of the 2018 Commonwealth Games in Gold Coast, Australia.

A podium finish came in the very first medal event of the Games. The country’s first gold medal was soon to follow, along with five others.

Here are the details from Down Under:

Joanna Brown battled a star-studded field to win bronze in the women’s triathlon. She was the fastest 5km run to put herself onto the podium with a total time of 57 minutes 38 second. Making the medal even more remarkable? This was her first race in more than a month after she took a hard crash on her bike at the season-opener of the World Triathlon Series.

“I can’t put this into words right now. It has been a really chaotic month after fracturing my shoulder in Abu Dhabi and then just trying to make it back to this race,” said Brown. “I was just so happy to be here, to race and even just to finish the race.”

.@cgc_jcc is officially on the medal board at the Gold Coast 2018 Commonwealth Games! @Jo_Brown1 held off England's Vicky Holland down the stretch to claim bronze in the Women's Triathlon! 🙌🏻 #GC2018 @TriathlonCanada pic.twitter.com/o4a5NDqktZ

Brown was 11th out of the water after the 750m swim. Unsurprisingly, she was a little cautious during the bike leg before laying it all on the line in the run, outsprinting Australia’s Ashleigh Gentle and England’s Vicky Holland for the final podium spot. Bermuda’s Flora Duffy led from start to finish for the gold, finishing in 56:50. England’s Jessica Learmouth was 43 seconds back for silver.

“I know I have a good finish and I wanted it today so I kicked as hard as I could for the finish and came away with the bronze. I’m just so happy,” said Brown.

The first golden moment for @cgc_jcc at the Gold Coast 2018 Commonwealth Games is one for the record books! A Games-record time of 1:54.81 by 17-year-old @taylor_ruck in the Women's 200m Freestyle has her atop the podium! 🥇 #GC2018 @SwimmingCanada pic.twitter.com/3hb2I2hyPR

Taylor Ruck set a Commonwealth Games record to win Canada’s first gold medal in Gold Coast, swimming the 200m freestyle in 1:54.81. At the wall, she out-touched Australia’s Ariarne Titmus by just four one-hundredths of a second. Another Australian, Emma McKeon, captured bronze in 1:56.26. Ruck’s time is now the fastest in the world thus far in 2018. She also took almost two seconds off her own national record which she had set in early March.

‘’I saw Ariarne coming up and I thought she’d won when the race was over,’’ said Ruck. ‘’Then I looked up at the board… I don’t think I’ve processed it yet. In the last 50 I knew I had to keep my head down and try and not breathe. I knew I was being chased.’’ 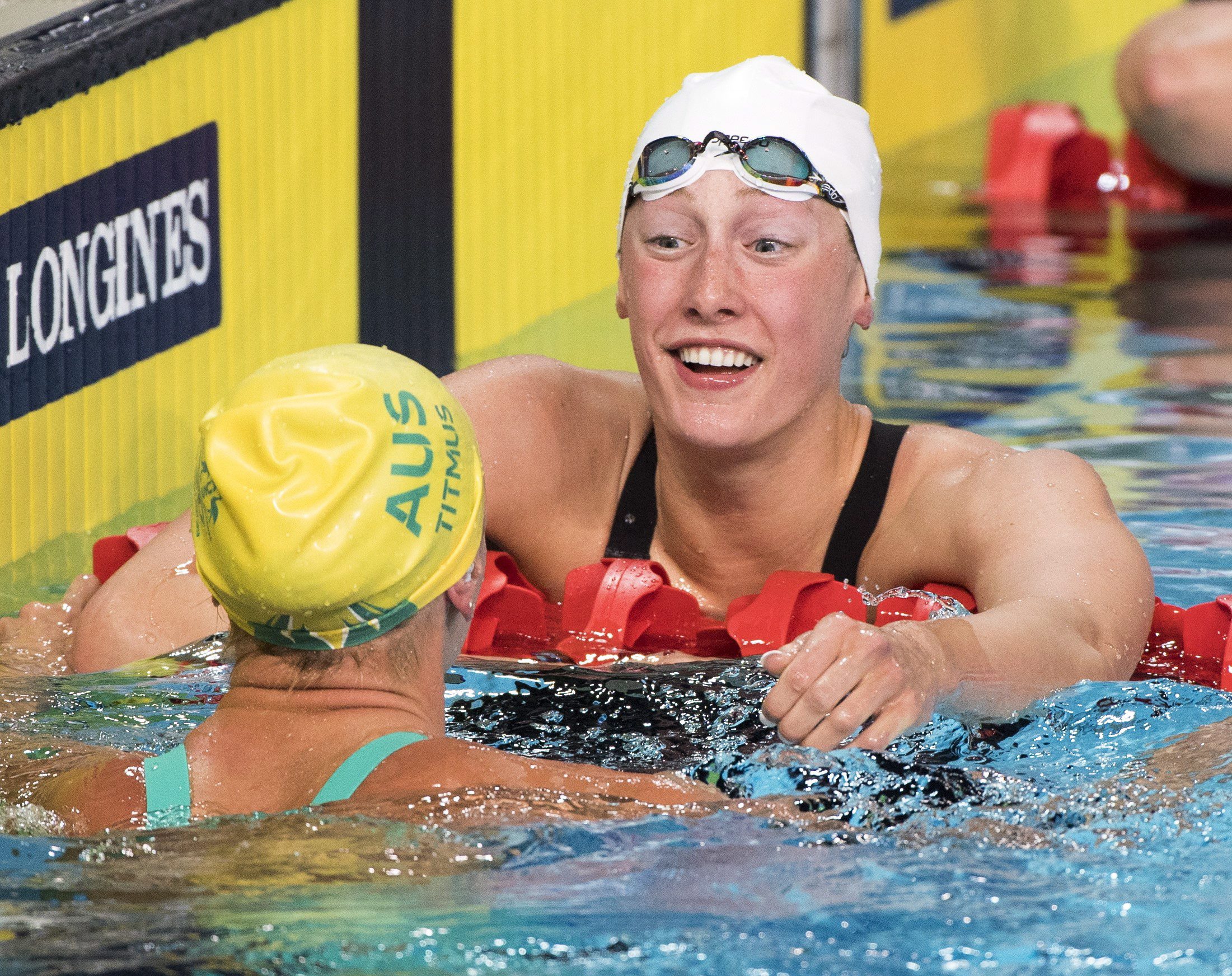 Less than two hours later, Ruck was back on the podium, this time collecting a silver medal with her teammates in the women’s 4x100m freestyle relay. Ruck was the anchor for Alexia Zevnik, Kayla Sanchez and Penny Oleksiak as they posted a cumulative time of 3:33.92 to finish behind only Australia’s Games-record 3:30.05. England won the bronze medal, almost 4.5 seconds behind the Canadians.

“Coming from the last Games where we came third – the fact that we came to these Games and got silver means everything,” said Clay. “We definitely improved a lot and we just had a solid team this year.”

Canada won bronze in both the women’s and men’s team pursuit events. 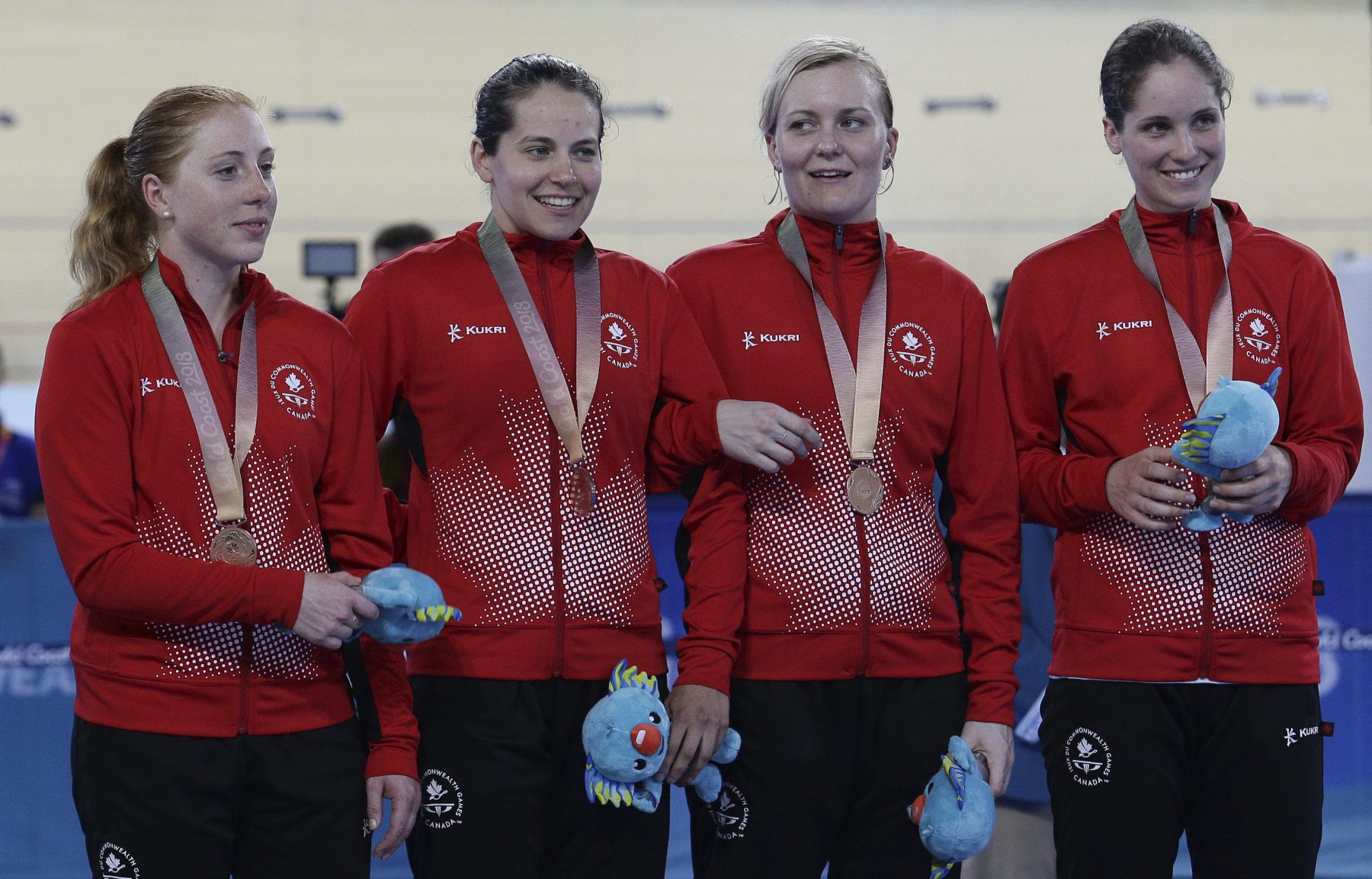 The same quartet of Canadian women raced in qualifying and the final. Allison Beveridge, Annie Foreman-Mackey, Ariane Bonhomme and Steph Roorda were three seconds faster than their English opponents to win the bronze medal. The Australians set a Games record as they overtook New Zealand in the race for gold.

The women set the tone, now the men have brought a bronze home as well in the 4,000m Team Pursuit. It's a bona fide medal binge for @cgc_jcc on Day 1! #GC2018 @CyclingCanada pic.twitter.com/lKYLcuA9rZ

For the men, Jay Lamoureux, Adam Jamieson, Derek Gee and Michael Foley were third-fastest in qualifying, which pitted them in a head-to-head showdown against Wales for the bronze medal. In the final, Aidan Caves took Jamieson’s spot in the lineup as the Canadians finished almost a second ahead of the Welsh quartet. Australia set a Games record to win the gold medal over England.

Commonwealth Games: Team Canada captures 7 medals on Day 1
Ana Padurariu: Facing the never-ending challenges of 2020
What is the difference between racquetball and squash?
Shuttlecock and balls: The fastest moving objects in sport
Team Canada Athletes Train at Home
Getting vertical: The highest jumps in sport