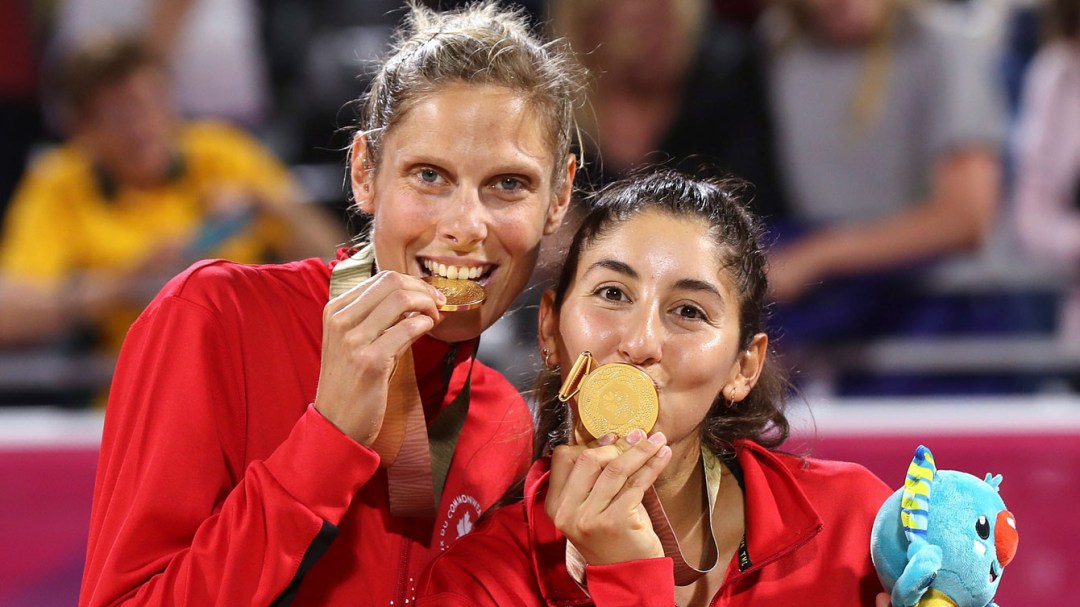 Four gold, seven silver and two bronze medals made Day 8 at the 2018 Commonwealth Games a very busy one for Team Canada.

Check out the details on Canada’s big day below.

Day 8 was a huge one for Team Canada’s wrestlers, who led the nation’s medal charge with 4 pieces of hardware. Olympic champion Erica Wiebe was able to defend her Commonwealth Games title, taking gold in the 76kg category. Diana Wiecker also became a champion, topping the 53kg podium. On the men’s side Steven Takahashi grappled to 57kg silver while Jevon Balfour took bronze in 74kg.

Christabel Nettey was crowned a Commonwealth Games champion, after claiming gold in long jump with a leap of 6.84 metres. Aaron Brown raced to silver in the men’s 200m, clocking 20.34 seconds. Shawn Barber also claimed a silver of his own, after clearing 5.65m in pole vault.

They began the Games on top of the world rankings and they finish them on top of the podium! @melissa_hp10 and @SarahPavan have only been partners for a year and the results have already been golden. #GC2018 #GoldCoast2018 #GoldCoastGoldRush pic.twitter.com/b8oVZPt7Uu

Team Canada topped the women’s beach volleyball podium thanks to a stellar tournament from Melissa Humana-Paredes and Sarah Pavan. The pair topped the Australia hosts in two straight sets to win the gold medal final. On the men’s side Samuel Pedlow and Sam Schachter took the Aussies to three sets, finishing the tournament with a silver.

Even though, she herself can hardly believe it, Haley Smith wins bronze in the Women's Cross Country Final of Cycling Mountain Biking. #GC2018 #GoldCoast2018 #GoldCoastGoldRush pic.twitter.com/F50BIzM1PW