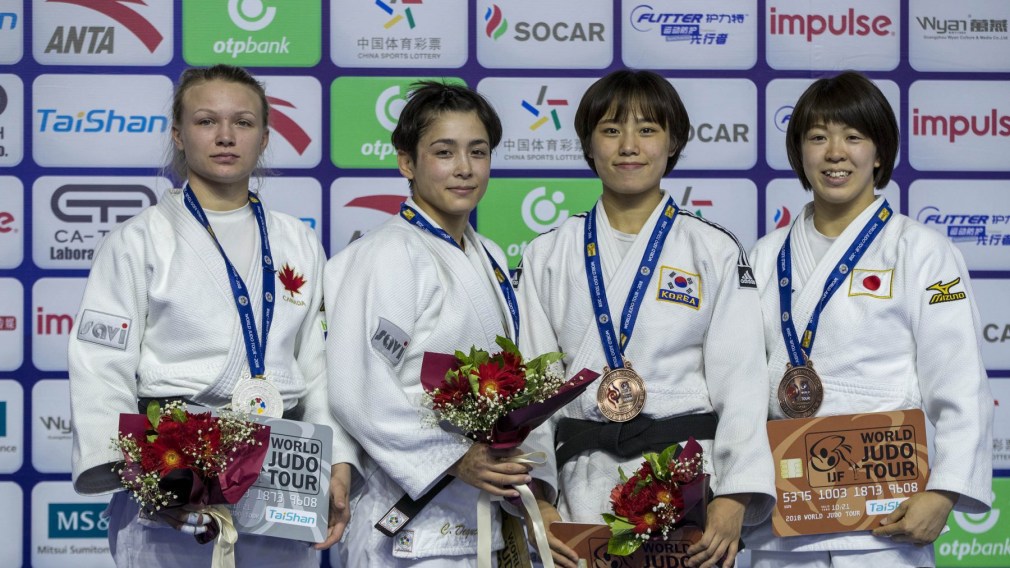 In an all-Canadian final, Christa Deguchi defeated Jessica Klimkait in the women’s 57kg weight class at the Judo Grand Prix in Hohhot, China on Friday,

This is the fourth victory of 2018 for Deguchi, following her wins at the Odivelas European Open and Paris Grand Slam in February as well as the Pan American Championships in late April. It was at those Pan Am Championships where Deguchi and Klimkait had their only previous meeting on the mat, with Deguchi winning their semifinal as Klimkait went on to claim bronze.

In Hohhot, Deguchi defeated Olympic champion Rafael Silva of Brazil in her second round bout before she got by Zhang Wen of China and Momo Tamaoki of Japan. Deguchi scored five ippons in her five contests in Hohhot, bringing her streak to 19 wins in a row by ippon.

Klimkait’s route to the final included a quarterfinal victory over Miryam Roper of Panama, ranked eighth in the world, followed by her win by ippon in the semifinal over Kwon YouJeong of South Korea. 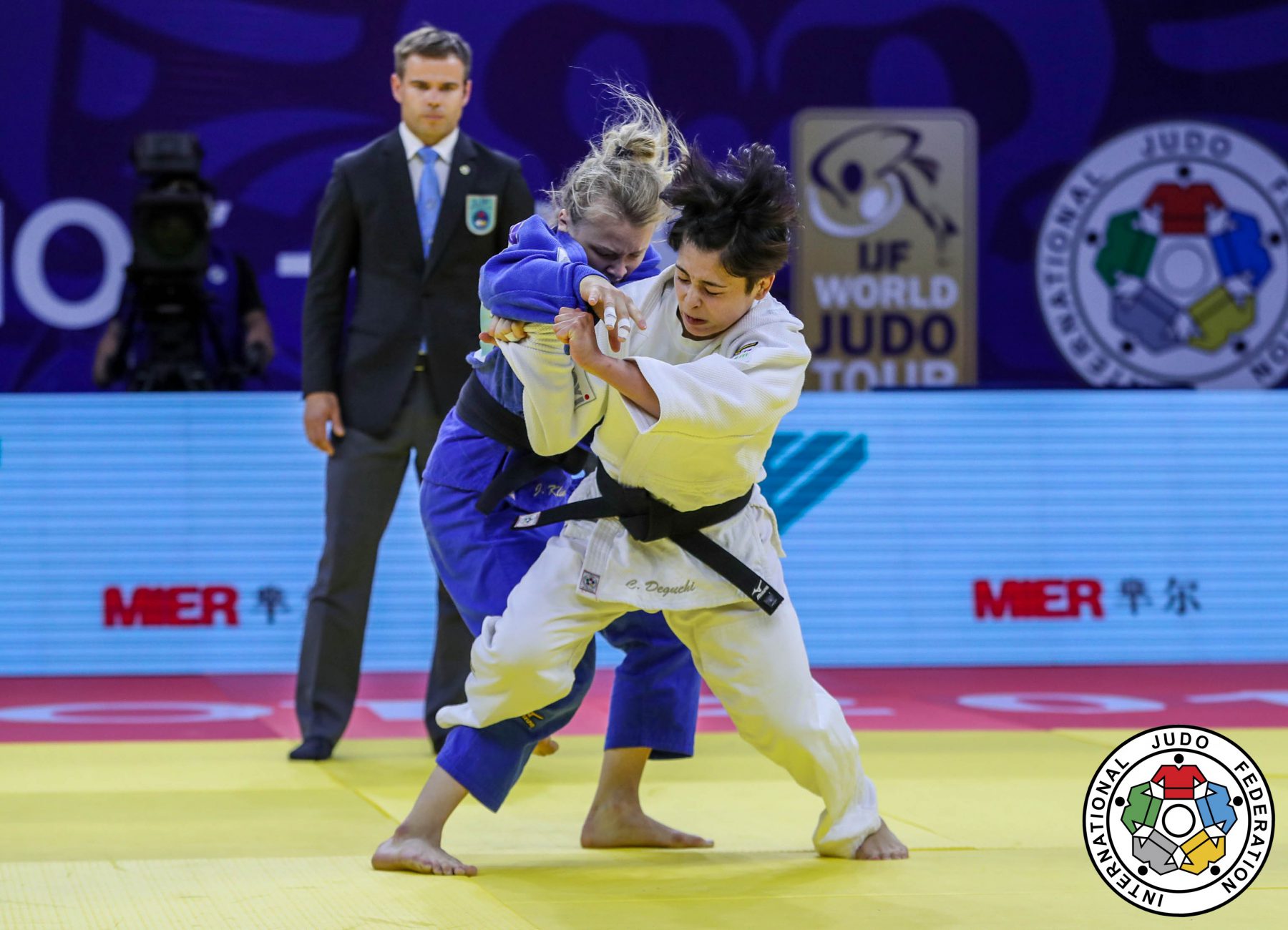 Deguchi began representing Canada, her father’s home country, in October 2017 after having won back-to-back medals at the world junior championships for Japan in 2013 and 2014 along with two world team titles. She then endured a three-year hiatus from international competition to allow her to wear the maple leaf, something she is aiming to do at Tokyo 2020.

The Hohhot Grand Prix is the first event to count towards Olympic qualification. In each of the seven men’s and seven women’s weight classes, the top 18 on the World Ranking List on May 25, 2020 will qualify for the Games, however a country is limited to one entry per weight class. Heading into this weekend, Klimkait was ranked 14th in the 57kg category while Deguchi sat at number 19.

Deguchi tops Klimkait in all-Canadian final at Judo Grand Prix in China
12 Team Canada athletes who are Winter and Summer Olympians
De Haître: 2 sports, 2 Olympic Games, 7 months. Challenge accepted.
Shuttlecock and balls: The fastest moving objects in sport
McBean: Chaos and change can provide the greatest opportunities
What is the difference between racquetball and squash?