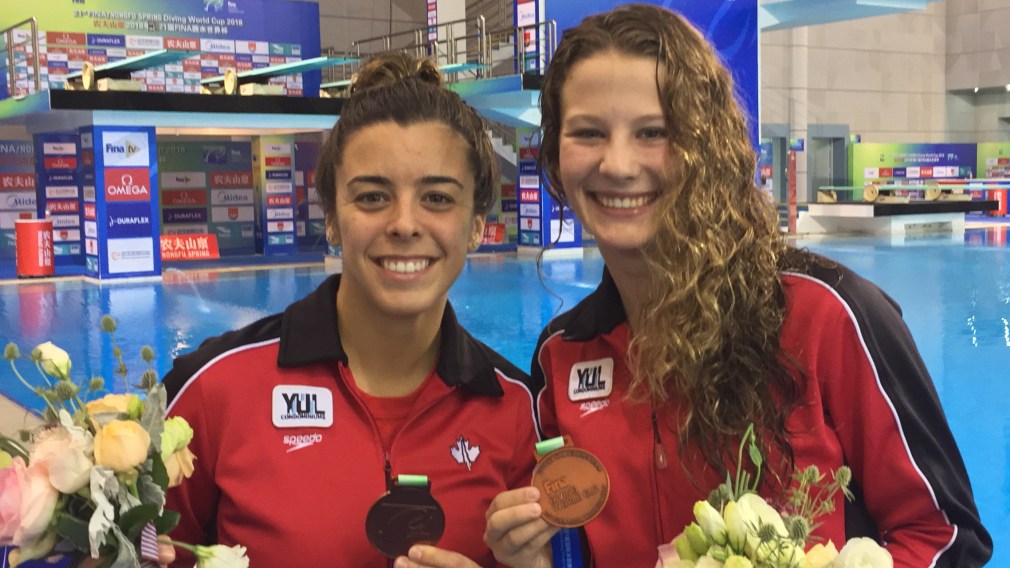 For divers the FINA World Cup is the biggest competition outside of the Olympic Games and World Championships, making it the perfect opportunity for Benfeito and McKay to show how far their partnership has come since 2017.

The pair earned 324.42 points, to finish behind the China (366.12) and the North Korea (328.98). Benfeito and McKay saved their best dive for last, which allowed them to add 79.68 points to their cumulative score and confirm their place on the podium.

ALERTE MÉDAILLE | Wuhan | MEDAL ALERT
This 🥉medal has smiles all over it! @MegBenfeito & @caemckay lock in their personal best and hop on the podium in Wuhan 🇨🇳 at their first World Cup together/ Benfeito & McKay obtiennent leur meilleur pointage en carrière (324.42) 👏 pic.twitter.com/K1G9R1Ddug

This marked the second medal for McKay at the Wuhan World Cup. On Tuesday, she competed with Rio 2016 Olympian Vincent Riendeau for the first-time in mixed 10m synchronized, where they earned silver with 301.20 points.

Benfeito and McKay dive to 10m synchro World Cup bronze
12 Team Canada athletes who are Winter and Summer Olympians
De Haître: 2 sports, 2 Olympic Games, 7 months. Challenge accepted.
Shuttlecock and balls: The fastest moving objects in sport
McBean: Chaos and change can provide the greatest opportunities
What is the difference between racquetball and squash?