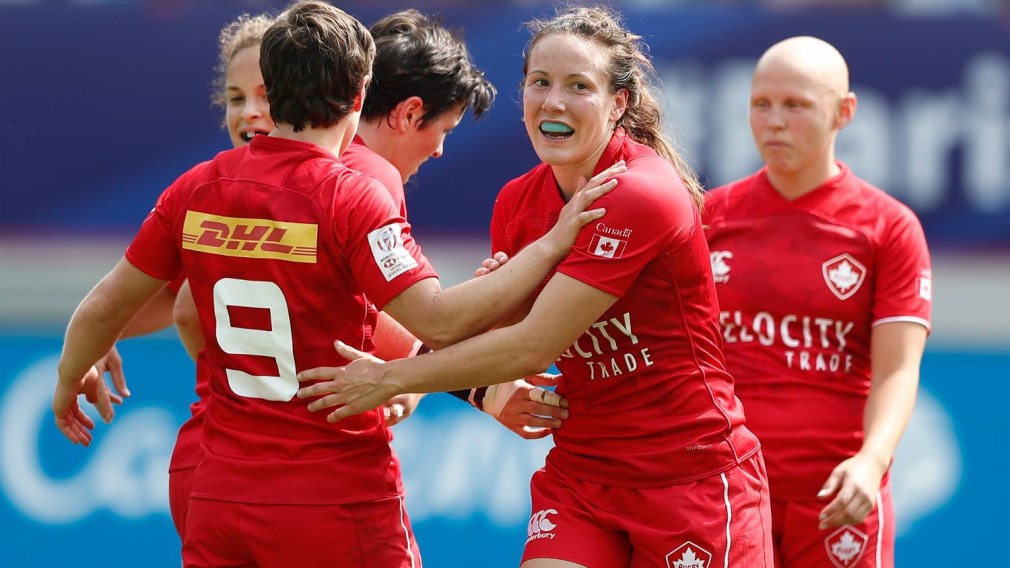 During the match, Canada led the the entire time. Ghislaine Landry opening the scoring for Canada, scoring the first try.

Charity Williams scored Canada’s second try with two minutes left in the first half. For a moment it looked like France was gaining momentum, scoring two tries to cut Canada’s lead to 12-10 before the first half was over.

With three minutes to go, Bianca Farella scored to extend Canada’s lead to the final score of 17-10. This is Canada’s first medal on the World Rugby Seven Series circuit this season.

New Zealand won the gold medal, beating Australia by a score of 31-7.

On the men’s side, Canada finished in fourth place, after facing New Zealand in the bronze medal match. New Zealand opened the scoring, but Canada’s Mike Fuailefau scored to tie the game 5-5. Near the end of the first half, New Zealand took the lead 10-5.

FT | Not to be for Canada's Men's Sevens Team in the bronze medal match, but a great tournament nonetheless! We finish the 2018 @Paris7s in 4th place. Next stop > San Francisco!

In the second half, New Zealand extended their lead when Canada lost the ball during an offensive play. In the end, Canada fell 38-5 to land in fourth place for the tournament.

Up next is the Rugby Sevens World Cup from July 20-22 in San Francisco.