Milos Raonic has reached the finals at the Stuttgart Open. He defeated defending champion Frenchman Lucas Pouille in 6-4, 7-6 (3). 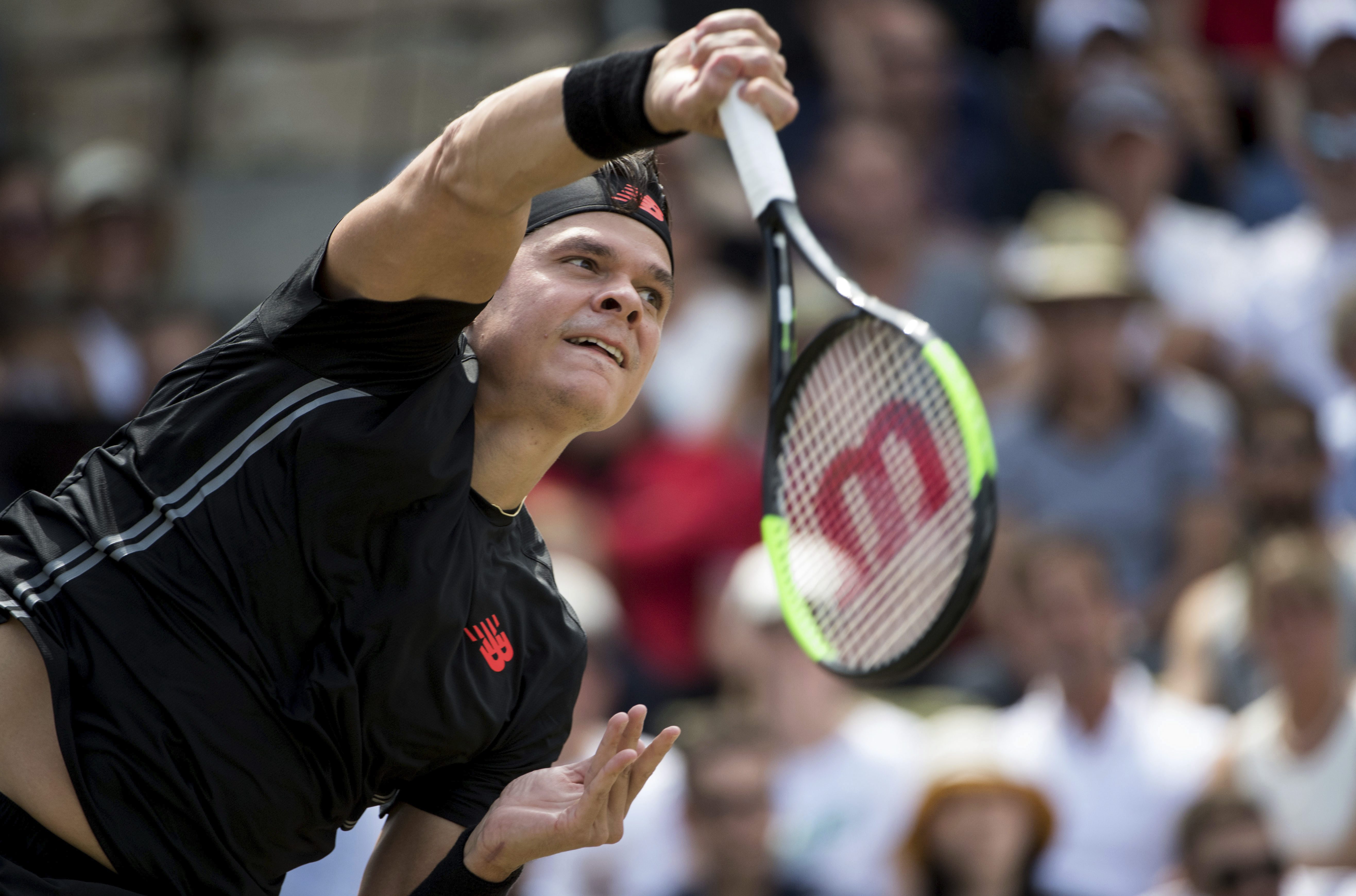 Milos Raonic returns the ball to Lucas Pouille in their semifinal match during the ATP Mercedes Cup in Stuttgart, Saturday June 16, 2018. (Marijan Murat/dpa via AP)

Raonic hit 19 aces in the game to win the game in two straight sets. Earlier this week, he defeated Mirza Basic, Marton Fucsovics and Tomas Berdych to reach the semi-finals.

He's in. #MercedesCup@MilosRaonic has reached his first Final in 2018. pic.twitter.com/ayts459zg2

This is Raonic’s first final since May 2017. Last month he withdrew from the French Open due to a right knee injury. Raonic will face either Roger Federer or Nick Kyrgios for the title tomorrow.