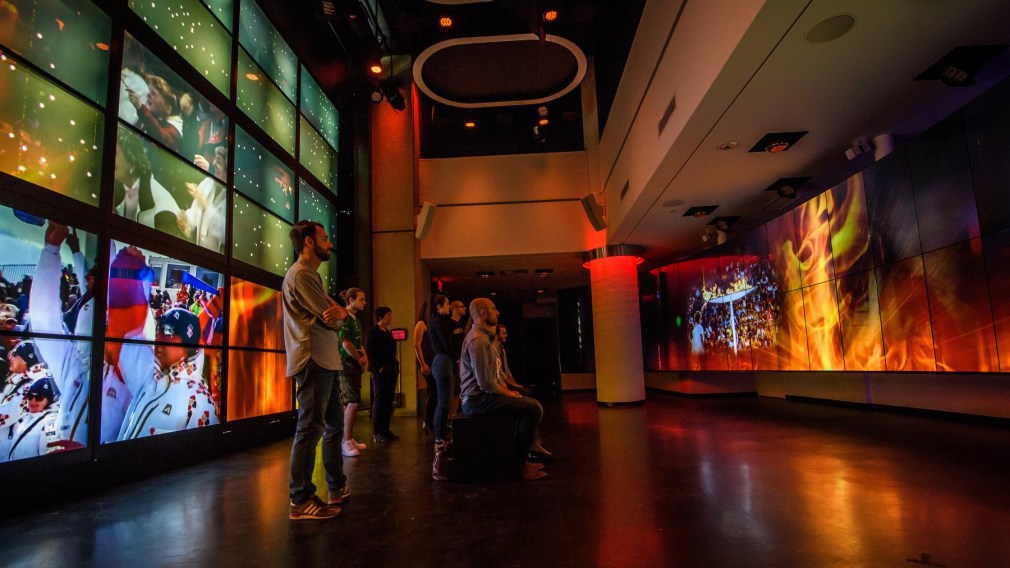 Canada’s first Olympic host city is getting even more Olympic.

Opening to the public on Wednesday, June 20, 2018, the Canadian Olympic Experience in Montreal has something for everyone, whether you’re a self-professed Olympic nerd or an Olympic newbie.

Want to know what it’s like to be Mikaël Kingsbury, bumping and jumping down a moguls course? There’s a simulator for that. Want to find out how fast you can run on a track? A virtual Bruny Surin is there to help. And who doesn’t want to experience the excitement of an Olympic Games Opening Ceremony?

The exhibit is divided into three zones. Both engaging and educational, the technological experience takes about 90 minutes to travel through from start to finish and features more than 200 Canadian athletes. 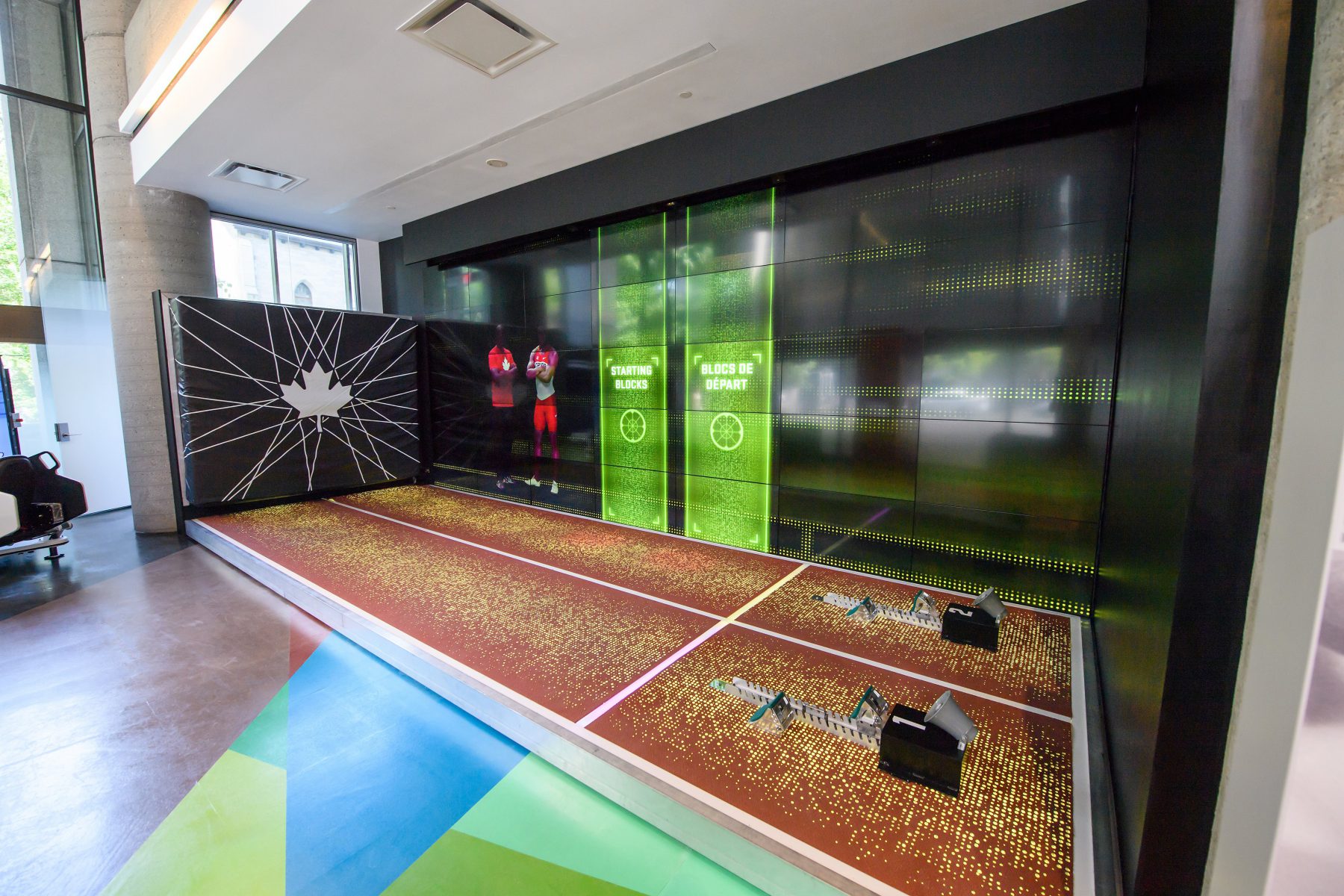 The Olympic dream comes to life in a new exhibit called: the “Canadian Olympic Experience.” Located inside Canadian Olympic House in Montreal, this interactive journey allows the general public to experience a complete immersion into the world of Canadian Olympic athletes. (Photo: Vincent Ethier/COC)

In the first zone, visitors can discover their own personal athletic profiles before embarking on interactive experiences in Olympic sports such as bobsleigh, track and field, fencing, and freestyle skiing.

In the second zone, visitors will be taken back through more than a century of Canadian Olympic history. Uncover the stories behind some of the most unforgettable moments by the country’s greatest athletes through images, video, and audio. As an example, you can hear all about the behind-the-scenes challenges that Nancy Greene had to overcome en route to her double podium performance at Grenoble 1968. 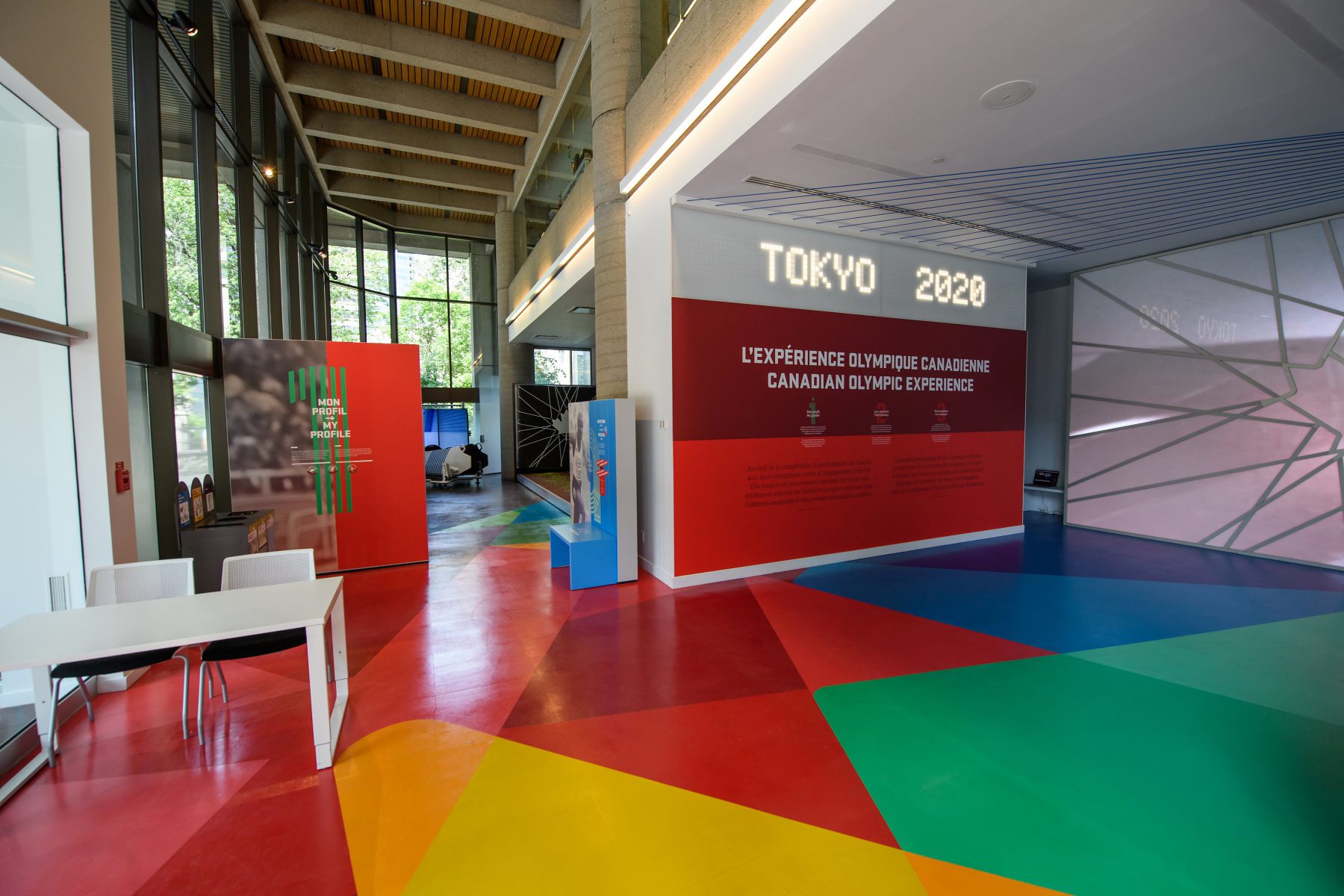 The Olympic dream comes to life in a new exhibit called: the “Canadian Olympic Experience.” Located inside Canadian Olympic House in Montreal, this interactive journey allows the general public to experience a complete immersion into the world of Canadian Olympic athletes.

The third zone is in the Salle Lausanne. The panoramic screen and state-of-the-art technology within will transport visitors into an exhilarating visual experience of the many glory moments in Canadian Olympic history.

How to visit the Canadian Olympic Experience

For more information or to purchase tickets, visit ticketpro.ca.