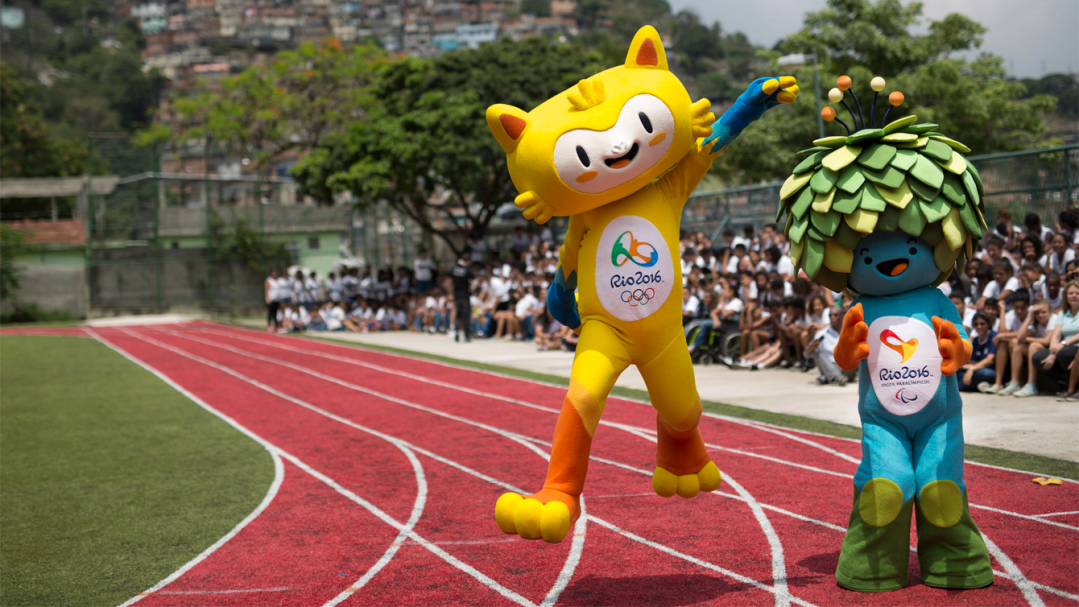 Mascots have been a fun part of the Olympic Games for five decades.

The first one, albeit unofficial, was named Schuss. An abstract figure of a man on skis, painted with the colours of France (red, white and blue), Schuss was intended to symbolize the Grenoble 1968 Olympic Winter Games.

But it wasn’t until the Olympic Summer Games four years later that the first official Olympic mascot was born.

Since then, many mascots have been animals emblematic of the host nation. Others have been completely made-up characters. Whatever the case, here is a look at the mascots that have brought humour and warmth to the Olympic Summer Games:

Waldi is a dachshund dog, a popular animal in Bavaria, the host region of Munich 1972. Dachshunds are famed for their endurance, tenacity and agility, all important qualities for Olympic athletes. The mascot was created at a Christmas party held by the Munich 1972 Organizing Committee where guests were given crayons, paper and modelling clay to create a design.

The first time the Olympic Games arrived in Canada for Montreal 1976, the beaver did double duty as Canada’s national animal and also the mascot for the Games. Much like Olympic athletes, beavers are known for their patience and hard work. A national competition was held to name the mascot and Amik, the Algonquin word for beaver, was chosen.

Misha was the mascot for Moscow 1980. The bear’s full name is actually Mikhail Potapych Toptygin. In Russia, bears are familiar characters in popular stories, songs, and poems. Misha’s striped belt featured the colours of the Olympic rings and the belt buckle was the rings themselves. At the Closing Ceremony, a giant Misha was lifted up into the air with balloons, bidding farewell to the crowd of 100,000 spectators below.

Originally, a bear was chosen as the mascot for Los Angeles 1984 because the animal is on the California flag. However, it was changed to Sam the bald eagle as a bear had just been used four years earlier. The bird of prey was a natural choice as a symbol of the United States. Sam was the star of his own cartoon that aired from April 1983 to March 1984. The show followed Sam as a detective who used the five Olympic rings on his hat to get out of trouble.

Hodori the tiger was the mascot for Seoul 1988. The tiger is a popular animal found in Korean legends and art and is often associated with humour, bravery, and nobility. Hodori wears a traditional Korean hat, the sangmo, with the ribbon from it forming the shape of an S for Seoul. The organizing committee selected the tiger over three other finalists: a rabbit, a squirrel, and a pair of mandarin ducks. There was also a female version of the mascot called Hosuni, but she was rarely used.

The mascot for Barcelona 1992 was Cobi, a Pyrenean mountain dog with human characteristics. The cubist-style mascot with a very large wardrobe produced mixed reactions when he was first presented, but gained popularity as the Games came closer. A show called The Cobi Troupe was created in Spain to promote the mascot and the Games in Barcelona. The series was 26 episodes long and followed the adventures of Cobi and his friends.

Izzy is a unique mascot because he’s not an animal, a human figure, or an object. The mascot for Atlanta 1996 is described as being the result of information technology. Izzy was originally called “Whatizit”, but was renamed by the children of Atlanta after his own mixed reviews following his initial unveiling which led to a slight redesign. He has the five Olympic rings in various places on his body and was the hero of a video game called ‘Izzy’s Quest for the Olympic Rings’.

Sydney 2000 marked the first time there were three mascots for an Olympic Games. Syd is a duck-billed platypus, Olly is a kookaburra, and Millie is an echidna. Syd, Olly, and Millie were a reference to Sydney, the Olympics, and the new millennium, and respectively symbolized the water, air, and earth. If you’re wondering why a kangaroo or koala wasn’t chosen, there was an objective to choose less well known Australian animals as the mascots.

Phevos and Athena are a reference to two gods of Olympus: Apollo (also known as Phoebos), the god of light and music, and Athena, the goddess of wisdom and protector of Athens. The two mascots for Athens 2004 are brother and sister. They represent the link between Ancient Greece and the modern Olympic Games. Their odd shape is based off the daidala, a 7th century BC terracotta doll.

The five mascots for Beijing 2008 each represent a natural element, and except for one, an animal. Beibei is a fish and represents water. She wishes for prosperity. Jingjing the panda represents the forest and he wishes for happiness. Yingying is a Tibetan antelope, symbolizing earth. His wish is good health. Nini is a swallow and is a reference to the sky. She wishes for good luck. Huanhuan is the only one not based on an animal. He represents the Olympic flame and spirit. Linking the five mascot names forms the sentence “Welcome to Beijing” (Bei Jing Huan Ying Nin) and together they form the Fuwa, which translates to “good-luck dolls”.

For London 2012, the Olympic and Paralympic mascots were revealed together. Wenlock’s metallic look is explained with the story that he was made from one of the remaining drops used to build the Olympic Stadium. The shape of Wenlock’s head is the same shape as the stadium. The light on his head is similar to the ones found on London’s famous black cabs and the three points represent a podium. The bracelets on his wrists symbolize the Olympic rings. His name comes from the town of Much Wenlock which has long-hosted games which were one of Pierre de Coubertin’s original inspirations for the modern Olympic Games.

Vinicius is named after Brazilian musician Vinicius de Moraes. The mascot is a blend of different Brazilian animals: the agility of a cat, the balancing skills of a monkey, and the grace of a bird. He represents the diversity and exuberant nature of the Brazilian people and culture. After the mascots were revealed to the public, there was a vote for what their names should be. Vinicius and Tom (the Paralympic Games mascot) were chosen over the other two options of Oba and Eba or Tiba Tuqe and Esquindim.

Meet Miraitowa (and Paralympic counterpart Someity). Traditional yet futurist, the mascots are intended to embody both old and new as well as the concept of “innovation from harmony”. The organizing committee received 2042 entries in its design contest. That was narrowed to three sets of Olympic and Paralympic finalists which were voted on by children in nearly 17,000 schools across Japan. Each class in the country had one vote with the winning design receiving more than 50 percent support (109,041 of the 205,755 classes). 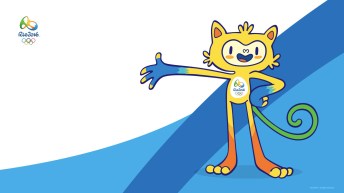