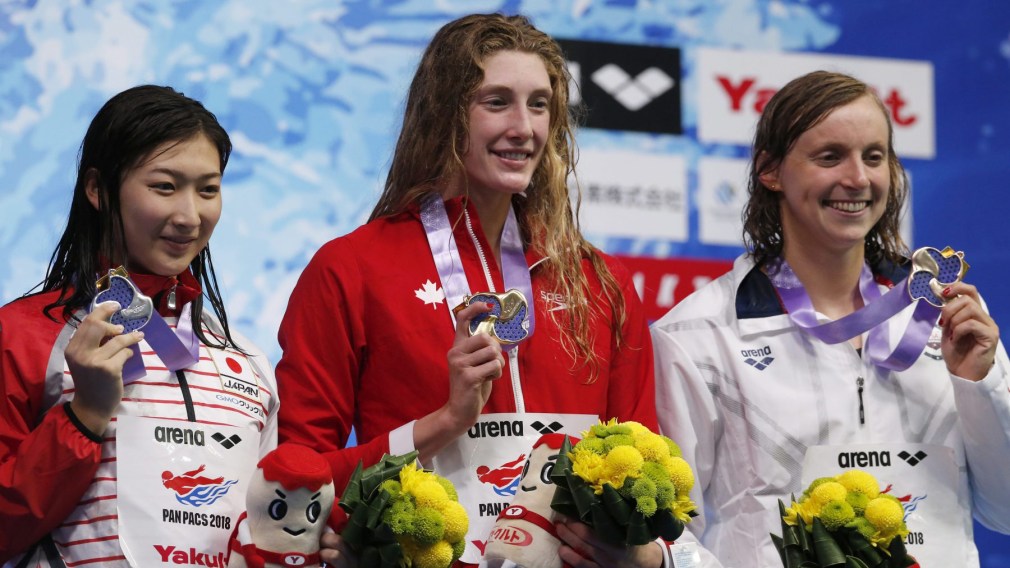 Taylor Ruck got Team Canada off to a golden start at the Pan Pacific Championships in Tokyo, defeating the reigning Olympic champion to win the 200m freestyle in record time.

Ruck led at each touch of the wall to finish in 1:54.44, breaking the Pan Pacific record as well as her own Canadian and Commonwealth records. She held off American star Katie Ledecky (1:55.15) as well as a late charge from fellow 18-year-old Rikako Ikee of Japan, who passed Ledecky to win silver in 1:54.85.

The bronze was the first ever for Ledecky in major international competition. She had gone into the race with 27 medals – 25 gold and 2 silver – won at the Olympic Games, FINA World Championships, and Pan Pacs. This was just the second time Ledecky was beaten in an individual final, the other coming in the 200m freestyle at the 2017 World Championships.

“It went better than according to plan,” said Ruck. “Just racing Katie is so amazing, she’s one of my main inspirations for swimming. I did (see Ikee) on the last 50 so I just tried to go all out.”

The pool events at the Pan Pacs continue through Sunday.